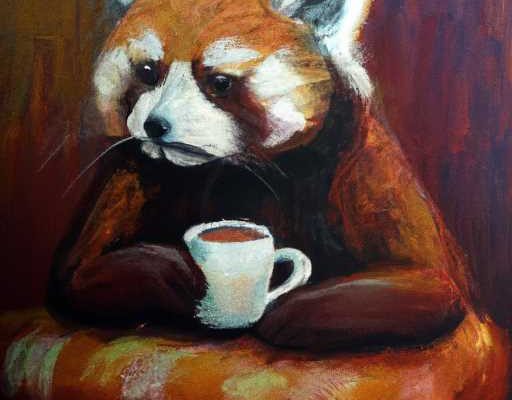 Last week, OpenAI announced it would expand beta access to DALL-E 2, its powerful image-generating AI solution, to over one million users via a paid subscription model. It also offered those users full usage rights to commercialize the images they create with DALL-E, including the right to reprint, sell, and merchandise.

The announcement sent the tech world buzzing, but it mostly amounted to gleeful Twitter feeds filled with the results of random DALL-E prompts like “steampunk Jesus DMT trip under an electron microscope” to a “dark wizard using a magical smartphone to cast spells.” But a variety of questions, one leading to the next, seem to linger beneath the surface.

OpenAI on commercial DALL-E use

For one thing, what does the commercial use of DALL-E’s AI-powered imagery mean for creative industries and workers – from graphic designers and video creators to PR firms, advertising agencies and marketing teams? Should we imagine the wholesale disappearance of, say, the illustrator?

According to OpenAI, the answer is no. DALL-E is a tool that “enhances and extends the creative process,” an OpenAI spokesperson told VentureBeat. Much like an artist would look at different artworks for inspiration, DALL-E can help an artist with coming up with creative concepts.

“What we’ve heard from artists and users to date is that it takes human direction to generate a good representation of the idea,” the spokesperson said.

But how can someone who uses DALLE-2 to create an image attest that it is their own work? After all, the person using DALLE-2 is simply entering a prompt. How can the results of that prompt be their own? If they are allowed to sell those works commercially, are they really the artist?

OpenAI insists that DALL-E creates original images, saying: Similar to how we learn as kids, DALL-E 2 has learned the relationship between images and the text used to describe them. As an example, DALL-E can learn what the city of Paris looks like from photos of Paris, including the Eiffel Tower and the Seine river. If you give DALL-E 2 the prompt “Paris,” it will generate a unique, original image of Paris based on what it has learned about the city.

Overall, the creatives who VentureBeat reached out to seem to be taking the appearance of DALL-E on the scene in stride – and exploring the tool’s potential to boost productivity and efficiency, and take advantage of its creative assistance.

“For enterprise clients, this technology can provide a vehicle to get from idea to concept and then help to refine the concept much faster,” said Andy Martinus, global head of innovation at London-based public relations firm, Team Lewis.

“For artists and marketers, while there might be skepticism initially, there is also an opportunity,” he added. “Creators can use the tool to build out their initial ideas and to create variations of an existing design or idea, [which] provides a greater level of creative control.”

“For these teams, DALL-E can be utilized to create new, unique or custom stock media, which could be great for campaigns that require specific design styles,” she said. “It could be a great tool for prototyping or inspiration for design assets, while modifying and editing images can be a great way to utilize these tools to save time and money.”

Expanded access to DALL-E is an opportunity for designers to update their workflows, said  Juan Pablo Madrid, senior director of design innovation at New Orleans-based creative agency Online Optimism. He said he considers it similar to the widely adopted AI-powered algorithms that have simplified image processing in tools like Adobe Photoshop.

“Some examples I have seen from other designers are using DALL-E 2 to create photorealistic mockups of brand materials or creating original blog post images,” he added.

Increased competition could result from DALL-E use

But while the commercial use of DALL-E 2 may expand creativity and provide artists with more options in creating and expanding their markets, it may create more competition in the creative space, cautioned Baruch Labunski, CEO at Rank Secure.

“There is going to be a flood of creative work stemming from this, which can be good or bad, depending on your agency and your location,” he said.

The advantage, he explained, is for small marketing agencies or small businesses that could, with the subscription, produce highly professional imaging that makes them more competitive with larger firms or businesses while keeping costs in check. It would also open up more opportunities for freelancers because they could also compete.

The disadvantages, however, are increased competition in the creative space that could drive down the prices of creative work and marketing, especially in larger, urban areas where there is already heavy competition.

“I don’t see it limiting jobs in the space,” he said. “I see it as creating more jobs and that will also mean more competition.

According to OpenAI’s spokesperson, user feedback found that full usage rights are what creators want. OpenAI, however, retains ownership of the original image “primarily so that we can better enforce our content policy.”

But creative workers find the issues around ownership and copyright to be unclear.

“Commercially, there are questions to be answered around ownership of the imagery that tools like DALL-E 2 create – is the image owned by DALL-E 2 or by the creative that directed it?” said Martinus. “If [OpenAI] owns it, do you buy the usage rights, and can others use the image as well, as with stock images? Could this be a longer-term alternative to stock imagery?”

Goetz agrees that ownership rights seem “a bit hazy,” pointing out that when it comes to working for specific brands, “they tend to avoid any uncertainty when it comes to image and design asset licenses.”

Madrid said he would be hesitant to adopt tools like DALL-E 2 for high-value client work, “… considering that users do not have an exclusive copyright to any image generations and cannot, therefore, transfer it to a client. So, I would not advise ad agencies to consider getting rid of their designers unless they’re prepared for potential legal battles over produced work.”

However, he suggests they might want to reevaluate pricey stock photo subscriptions.

“The price-point and ability to create virtually any image from a text prompt is pretty attractive,” he said.

OpenAI points out that artists and creative professionals are already using DALL-E in a wide range of projects.

“Our hope is that DALL-E can be used by artists, designers and photographers as a tool to help with the creative process,” the OpenAI spokesperson said. “We have seen AI be a good tool for people in the creative space. For example, as photo editing software has become more powerful and accessible, it has allowed more people to enter the photography field. In recent years, we’ve also seen artists use AI to create new kinds of art.”

Martinus emphasized that DALL-E 2 and other tools should not be seen as a threat to the creative field. “People tend to ‘hack’ tools and use them for tasks beyond their original intention,” he said. “I expect the same with DALL-E 2. People will use it, but differently than we expect.”

Overall, Goetz added that she is not seeing full adoption of these tools – yet.

“Many clients and projects demand the expertise and experience of the human aspect when it comes to final production,” she said.