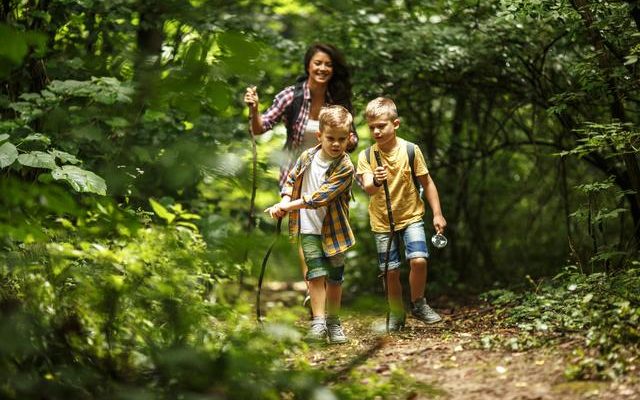 Ordnance Survey already utilises augmented reality (AR) in its OS Maps app but the organisation plans to embrace the technology even further with its very first AR videogame. Partnering with PRELOADED (BBC Earth – Micro Kingdoms: Senses), their working on a new geo-location title set to launch in 2022.

Considering Ordnance Survey is Great Britain’s national mapping service it seems like an obvious idea to use its extensive mapping and geospatial data to make an AR videogame that encourages people outdoors. Few details have been revealed so far but the videogame will “deliver contextual experiences which drive exploration” And will be complementary to OS Maps which has more than 3.5 million users.

While you might not be collecting wandering creatures as you do in Pokemon GO – the AR title which really started it all – Ordnance Survey’s detailed maps could provide a far more factual experience. All whilst uncovering new walking routes.

“We want to make maps fun and geo-location games and gamified apps enable their players to collectively visualise the great outdoors as they wish to experience and interact with their surroundings. It’s no longer all about what is physically present in a set location,” Nick Giles, Managing Director of OS Leisure in a statement. “By creating a Geo-location game of our own, this new mixture of realities gives us more opportunities to encourage people to explore and get outside more often.”

“We’re at a point where advancements in AR and geospatial technologies allow us to connect with our real-world in completely new and meaningful ways. We’re so excited to work with Ordnance Survey to bring the true potential of location-based play to family audiences in the UK and beyond,” Phil Stuart, Creative Director at PRELOADED adds.

Ordnance Survey’s AR videogame will join an ever-growing lineup of geo-location titles such as The Witcher: Monster Slayer, set to arrive next week for iOS and Android devices. If you need a good reason to go for a walk hunting monsters from The Witcher franchise is a good excuse.

As further details regarding the new AR project are released ahead of the early 2022 launch, VRFocus will keep you updated.