Our Machinery has launched its game engine, dubbed The Machinery. It is targeted at developers who prefer a plugin-based model and the ability to customize their game creations.

The Seattle-based company managed to create this new game engine — which assembles all of the assets necessary to create a game and enables them to run together in real time — with a team of 10 people.

The announcements comes a day after Amazon said it is contributing its Lumberyard game engine to open source and renamed it the Open 3D Engine. The Linux Foundation will form the Open 3D Foundation to accelerate collaboration with game developers to enhance the triple-A game engine and will oversee the project.

But Tricia Gray, CEO of Our Machinery, said in an interview with GamesBeat that her company’s engine will provide developers with more freedom of choice in the market on a technical level, and she welcomes the presence of the open source Open 3D Engine. 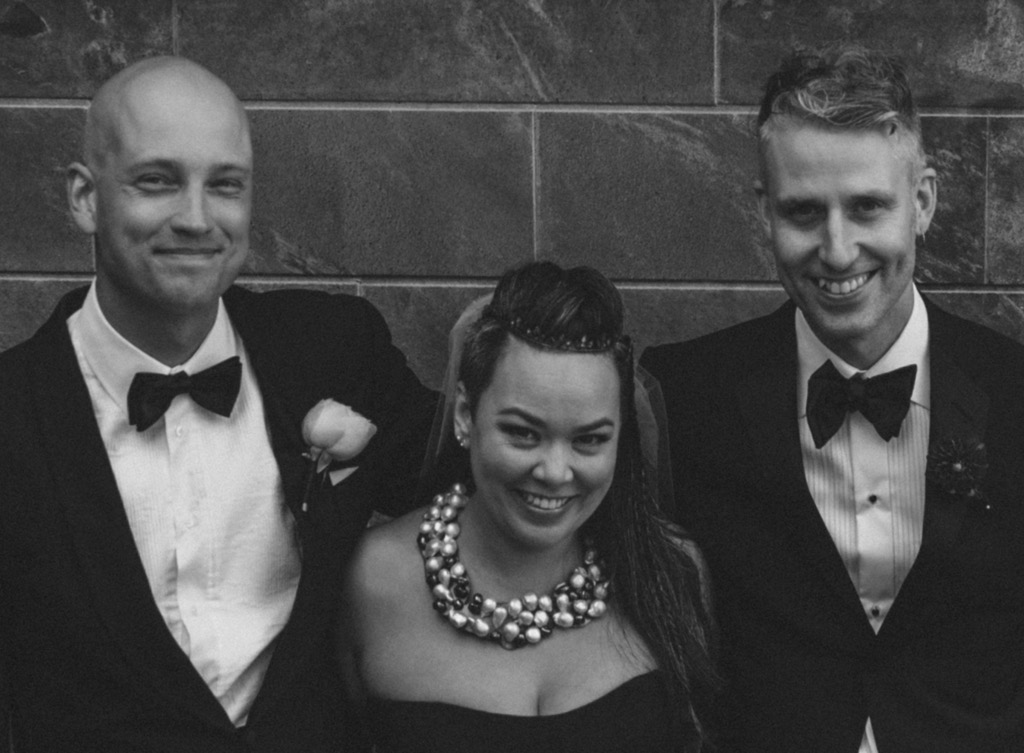 The Machinery is live today and available to purchase based on a subscription model, said Gray, a 25-year game marketing veteran. She worked in a variety of roles in game engine marketing at Amazon, Unity, and Epic Games. Then she left and started working with her cofounders Niklas Gray and Tobias Persson in 2017.

Before that, Persson and Niklas Gray met in the 1990s when they were in high school. They moved into various tech work, with Persson getting involved in the demoscene (Nordic hacking community) and Gray focusing on physics and cryptology. They worked together at the game studio Grin, working on the engine team there for six years. They then went off on their own and created the Bitsquid game engine, which Autodesk acquired and renamed Stingray. 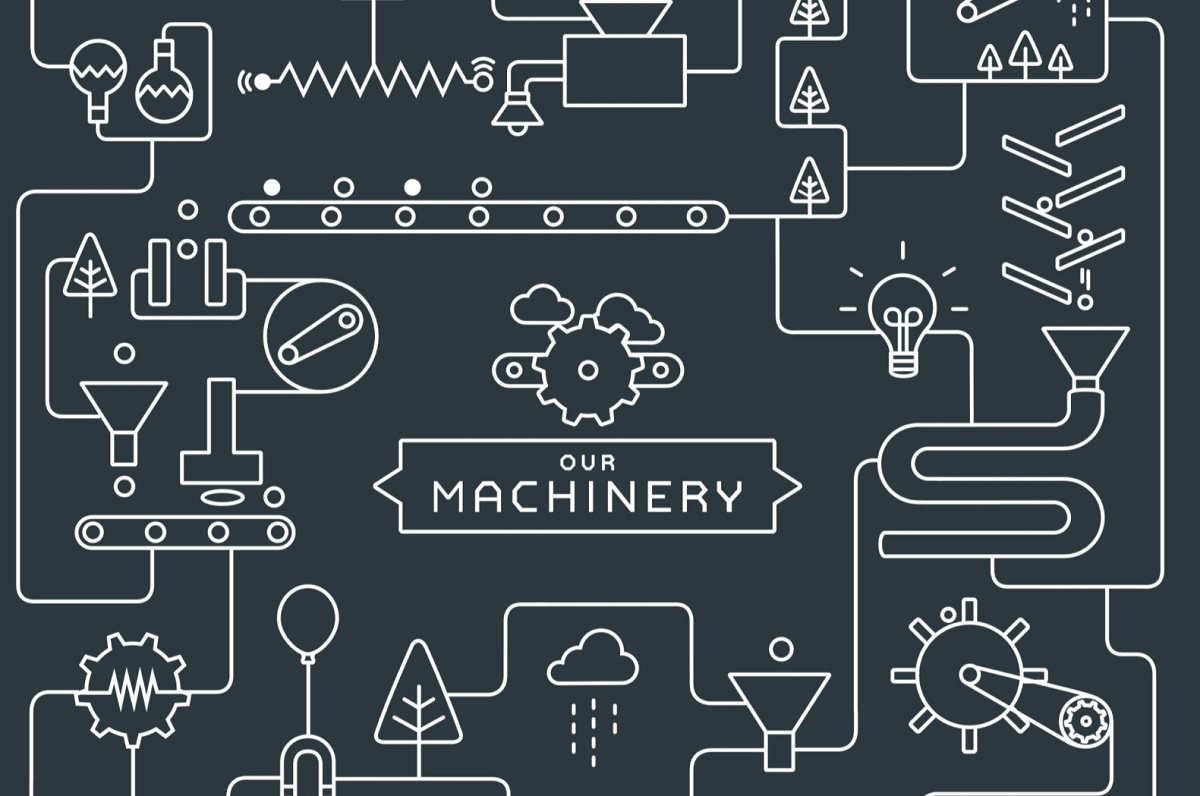 Above: Our Machinery logo

Persson and Niklas Gray worked on the engine for several years in the believe they they could create something that game programmers would appreciate. It was an engine with plugins, making it modular and more efficient in its coding, Niklas Gray said in an interview with GamesBeat.

It is “hackable,” or customizable to whatever game programmers want it to handle, and it loads in seconds. It is written in the C programming language, which is simpler than C++. The company fleshed out its team of 10 people in 2020, and it received $700,000 in funding.

Tricia Gray said the engine is aimed at developers who want to create compelling games, interactive experiences, and high-end virtual worlds that can run at high speeds. Developers can write their own plugins and build completely new applications on top of the application programming interface (API).

“We also built it for real-time collaboration, where multiple people can work on it at the same time in a game project,” Tricia Gray said.

The engine costs $50 per year for professional independent developers and $450 per year for industry professionals. Both pricing options come with the full suite of features, technical support, and source access. The Early Adopters Program is available until January 1, 2022. A free version without source code will also be available for those working at companies that see less than $100,000 a year in revenues. 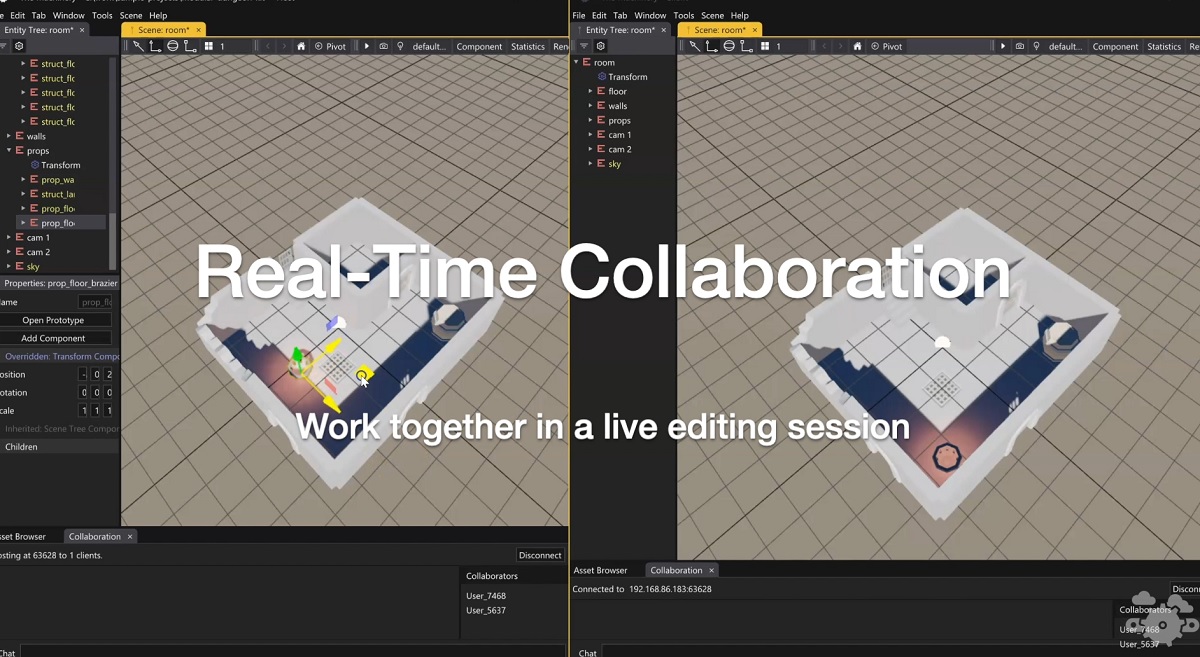 Above: Multiple people can work on the same project, remotely, with The Machinery game engine.

The Avalanche Studios founders said in a statement they feel strongly about the engine’s capabilities. They said they will use The Machinery as their engine of choice when they open a new game studio later this year.

Johan Pilestedt, CEO of Arrowhead, said in a statement that he is familiar with the Our Machinery team and has confidence in their abilities. He said his team was drawn to the engine’s features and the flexibility it provides while focusing on reducing the iteration time for developers as they refine their games.

While primarily designed to be a game engine, The Machinery can easily be adapted for other purposes, such as architecture and movie previsualization.