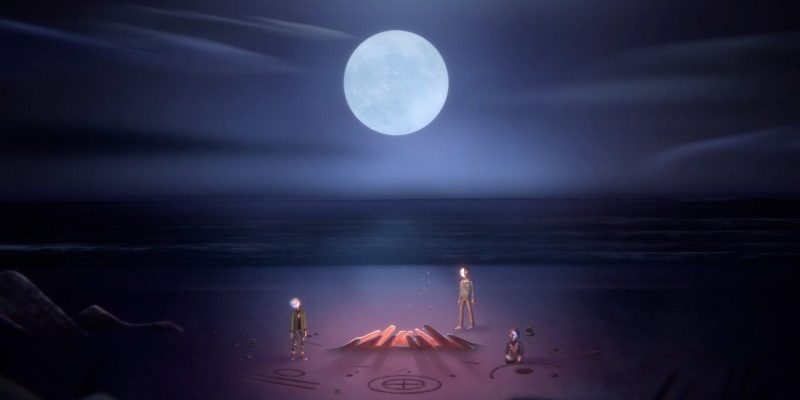 Night School Studio is known for its graphic adventure titles – games that convey stories through environmental interactions. Moreover, witty, realistic dialogue and low-poly but vivid art is used effectively in past projects like Oxenfree and Afterparty. A few months ago, Night School Studio unveiled the sequel to the former game (Oxenfree) and a set platform: Nintendo Switch. Today, Oxenfree II: Lost Signals got a PlayStation launch announcement as well. You can watch the trailer below.

The first Oxenfree follows a ragtag crew of angsty teenagers traveling to an abandoned island for a weekend party. Horror ensures when protagonist Alex inadvertently activates a dimensional rift that leads to a bevy of supernatural occurrences and ghostly sightings. Players use a handheld radio to solve puzzles and mysteries while also talking to their companions with branching dialogue options. Kim Wallace reviewed Oxenfree for Game Informer and deemed it a 7.75 experience:

“To Oxenfree’s credit, it kept me engaged the whole way through. I constantly wanted to see where it was going and where my choices would lead. Night School Studio clearly wasn’t afraid to experiment and try some different and interesting things with a presentation in regards to a narrative-based, choice-driven game. As much as I loved parts of the overall experience, others let me down. Even so, I enjoyed learning about these characters and seeing them grow through my actions.”

Not much is known about what the sequel game will be about. The trailer showcased today is the same one from the Switch reveal. Nevertheless, Night School Studio will likely continue the series’ penchant for thrilling terror and slow-burn character development.

Oxenfree II: Lost Signals is slated to drop on PlayStation 5, PlayStation 4, Switch, and PC at some point this fall. However, the latest trailer ends with the phrase, “coming soon.” We’ll have to wait for future details as we get closer to the end of summer.

If comments are still showing as disabled, a site update is happening on our side that has caused a temporary takedown. We hope to have them back up and running soon so our community can go back to sharing their thoughts with us about everything gaming-related!