The great thing about the Persona series is that the main character is able to wield more than one Persona at any given time, so they can switch up and change their equipped Persona in order to best suit the battle ahead. Persona 5 Strikers is no exception to this rule, and so having a variety of Personas with different affinities and weaknesses can make a real difference. 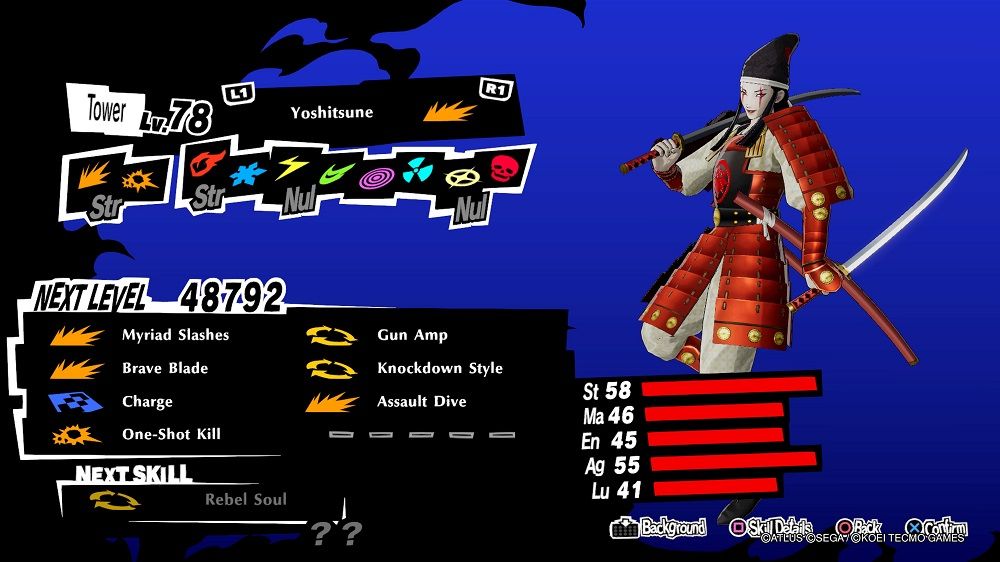 Yoshitsune is undoubtedly the best Physical-based Persona in Strikers. In addition, he’s strong when it comes to the Fire element, nullifies both Lightning and Bless attacks, and has absolutely no weaknesses.

However, you can’t get this guy until later on in the game as you need Siegfried to fuse him, and Siegfried is one of the Personas that can only be obtained once you have defeated his Powerful Shadow equivalent. 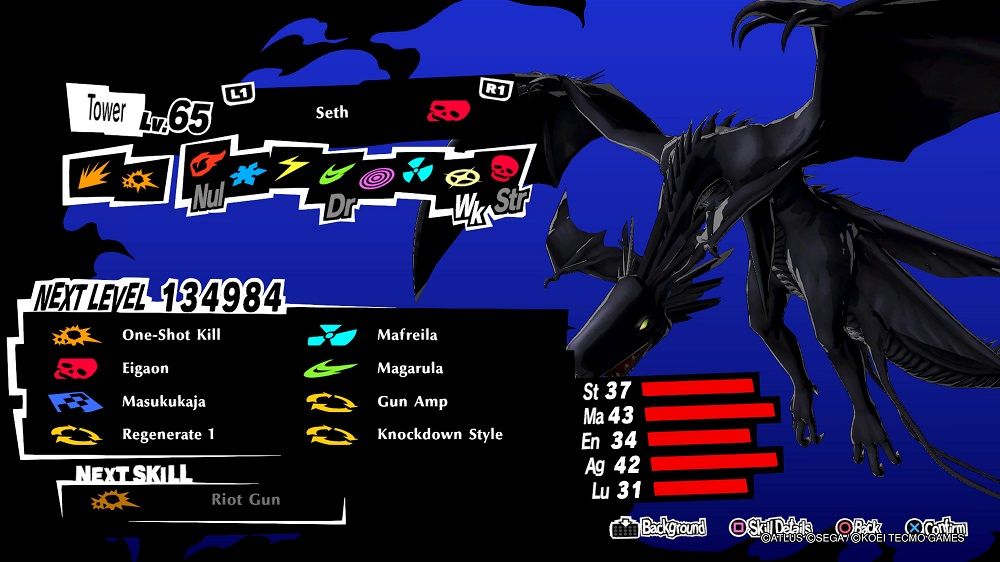 Seth not only looks awesome, but he is the best Gun-based Persona in Strikers. As well as being able to learn “Riot Gun”, the best Gun-based skill, he also has some brilliant passive skill buffs to help out. While Seth nullifies Fire damage, drains Wind, and is strong when it comes to Curse, he does have a weakness to Bless — so don’t use him against Bless-based foes.

Seth is another Persona that requires defeating a Powerful Shadow, but he’s the easiest one out of all of them, so he can be obtained relatively early on as long as your party is well-equipped. 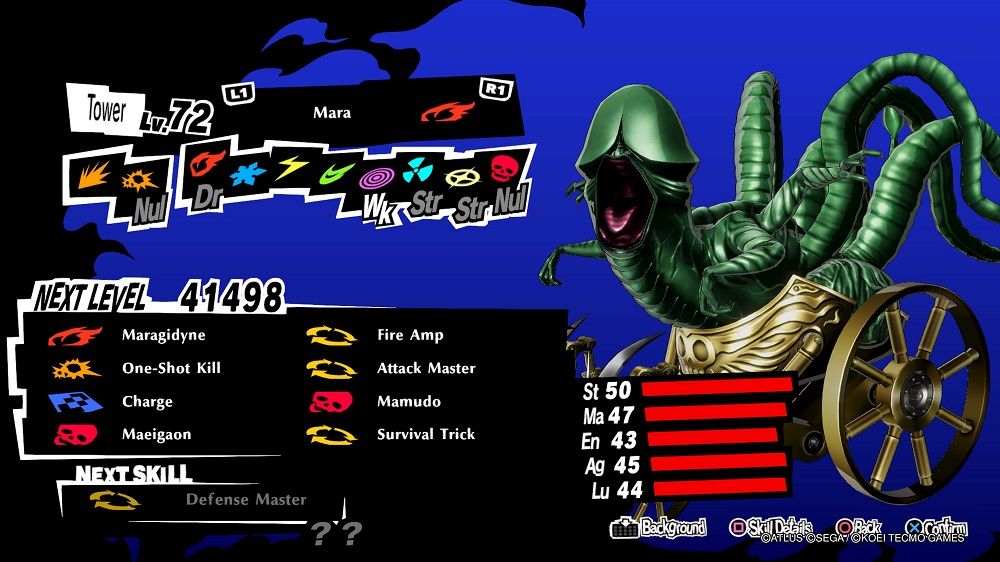 Though definitely not the best-looking Persona out there, Mara is the strongest Fire-based Persona. Mara nullifies Gun and Curse-based attacks, drains Fire damage, and is strong when it comes to Nuclear and Bless. However, it does have a weakness to Psy-based enemies.

Mara also requires you to defeat a Powerful Shadow before you are able to fuse and use it, which just goes to prove how decent this Persona is, as many of the best Personas require a little hard work. 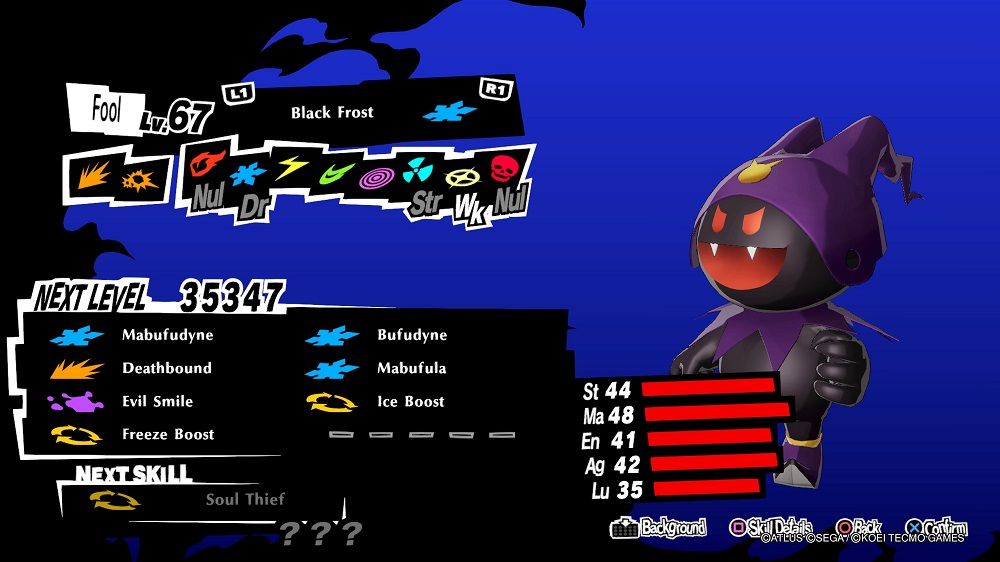 Though many think that King Frost is the best Ice-based Persona, Black Frost definitely has an edge over its monarch as it is not weak to Fire-based attacks and instead nullifies them. It also nullifies Curse attacks, drains Ice, and is strong when it comes to Nuclear. Its one weakness is Bless-based attacks.

Jack Frost is another Persona that requires that you defeat a Powerful Shadow first in order to be able to fuse it, and all of the Powerful Shadow bosses are fought as part of a series of requests. 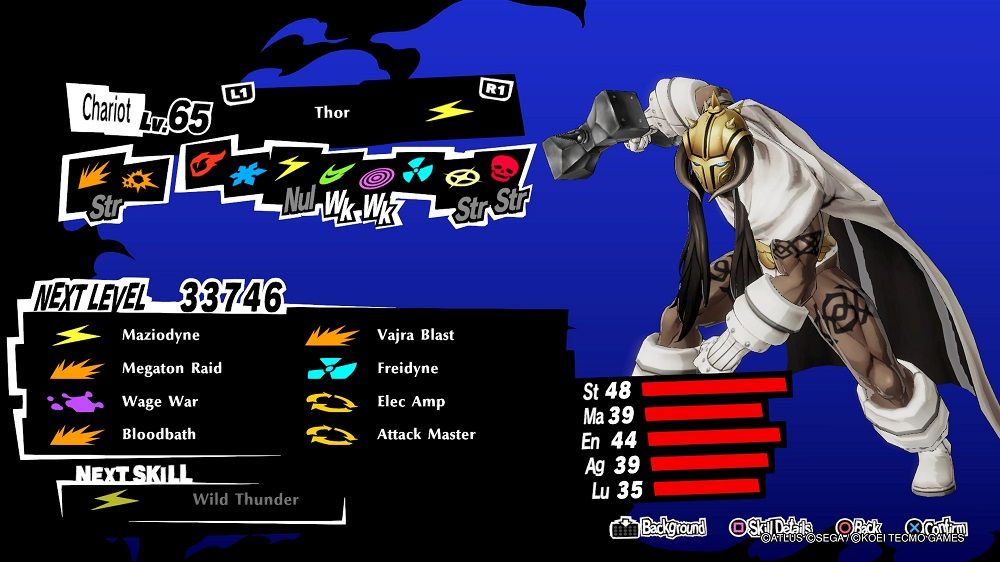 It’s unsurprising really that the best Electric-based Persona is Thor — who is named after the God of thunder after all. This Persona is a powerhouse when it comes to Electric and Physical-based attacks, but it does have a couple of weaknesses going against it.

Thor is strong when it comes to Physical, Bless, and Curse, it nullifies Electric, but its weaknesses are Wind and Psy-based attacks. He’s also one of the few decent Personas that is straightforward to obtain with no mini-boss battling required. 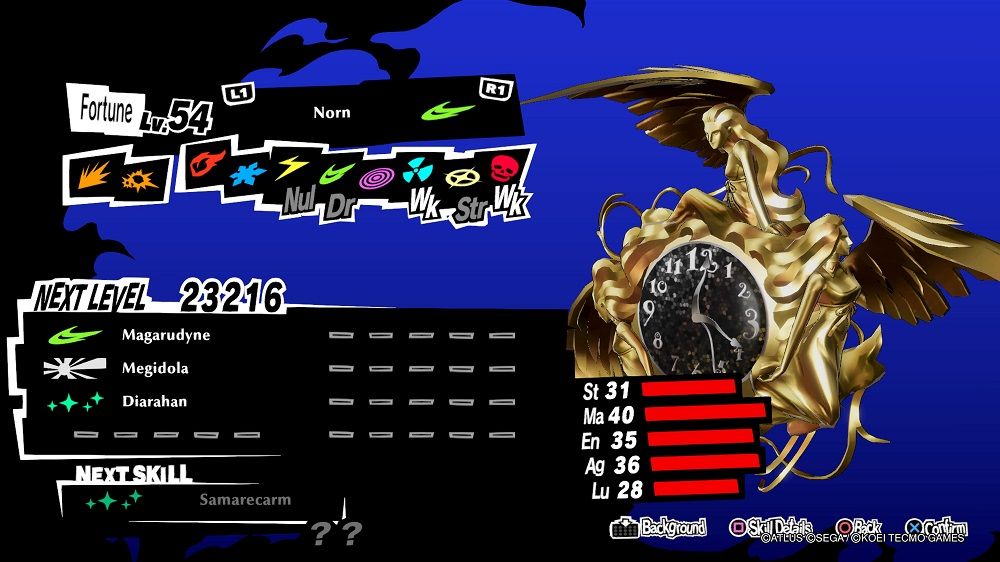 When it comes to Wind-based Personas, Norn is the top choice and it’s an added bonus that it has plenty of decent Healing skills too, arguably making it more effective than the best official Healing-based Persona in Strikers.

Norn is strong when it comes to Bless skills, nullifies Electric, drains Wind, but is weak to both Nuclear and Curse-based attacks. It’s also easy to obtain and so you can get this Persona relatively early on in the game. 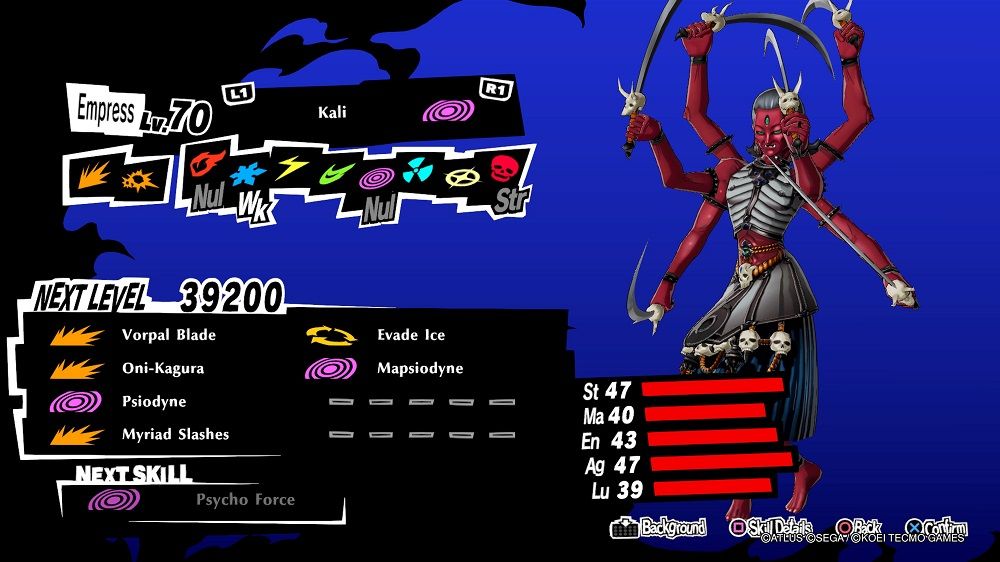 Kali is the best choice when it comes to Psy-based Personas, and it also has a number of decent Physical attacks too. Kali nullifies Fire and Psy attacks, is strong when it comes to Curse, but has a weakness to Ice-based attacks.

Kali is another Persona that is easy enough to obtain as it doesn’t require any bosses to be defeated and has plenty of fusion options too. 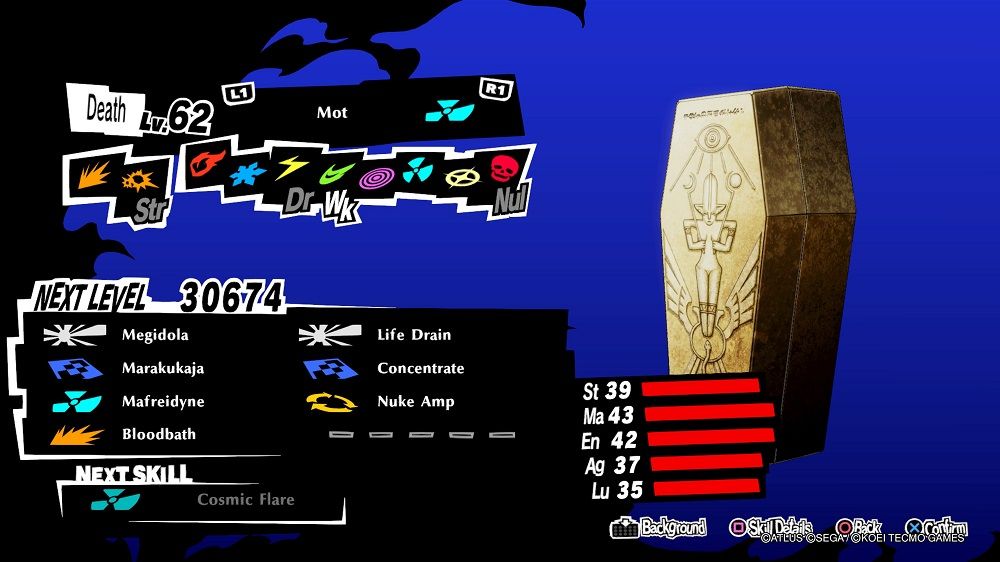 Mot is strong when it comes to Gun attacks, drains Electric, nullifies Curse, but is weak to Wind-based attacks. Mot is easily fused without having to defeat any bosses and should be a welcome addition to your team. 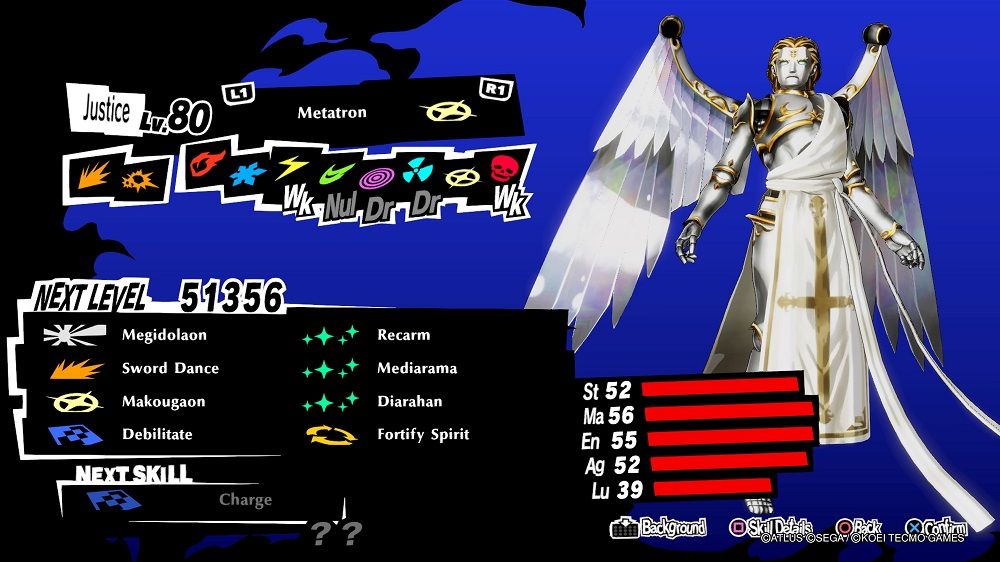 Metatron is the best Bless-based Persona in Strikers, and also has some really decent healing skills, including Salvation. It’s weak to Electric and Curse attacks, but nullifies Wind, and drains both Psy and Nuclear-based attacks.

However, obtaining Metatron won’t be easy or quick, as you need to defeat a Powerful Shadow that is only available once you have defeated the final boss. You also need to be level 80 in order to fuse this Persona. 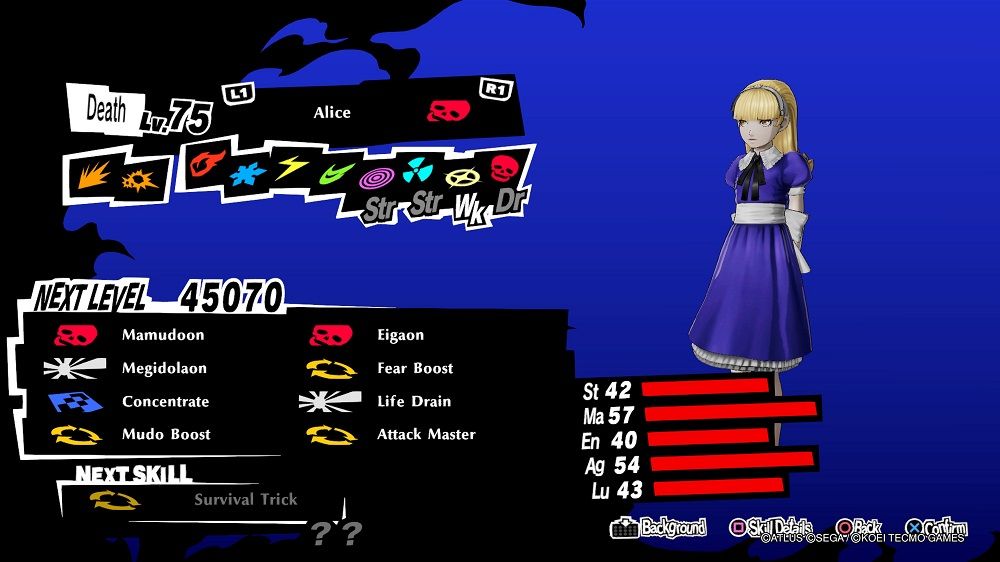 Though she is rather creepy, Alice is the best Curse-based Persona in Strikers and has the best chance of insta-killing your foes. She has also plenty of passive skills that are super handy too.

She is strong when it comes to Psy and Nuclear, drains Curse attacks, but regrettably, has a weakness to Bless attacks, which seems to be a common trait among the very best Personas. The upside is she is easy enough to get, as she doesn’t require you to defeat any bosses in order to fuse her. 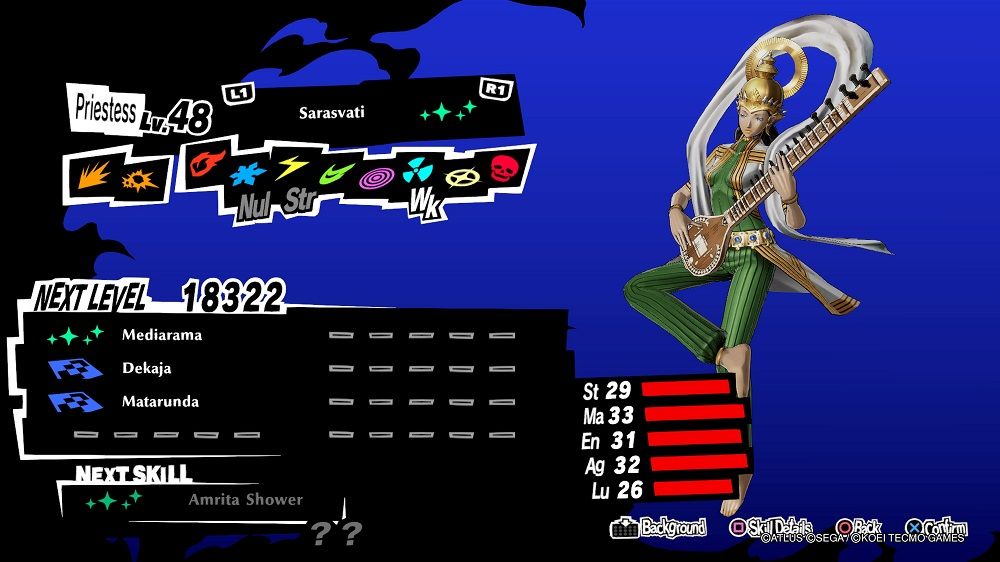 Even if you have a dedicated healer in your party at all times, it’s well worth ensuring that Joker has his own Healing Persona too and the best choice for that role is Sarasvati. Though not a set element as such, Healing skills are just as important. The downside is that she doesn’t learn any revive skills by default, but you could always teach her Recarm with a card.

Sarasvati can be obtained relatively early on, especially when compared to some of the other best Personas in the game. She nullifies Ice damage, is strong when it comes to Electric, but is weak when it comes to Nuclear damage, so be sure to swap her out when tackling Nuclear-based foes. 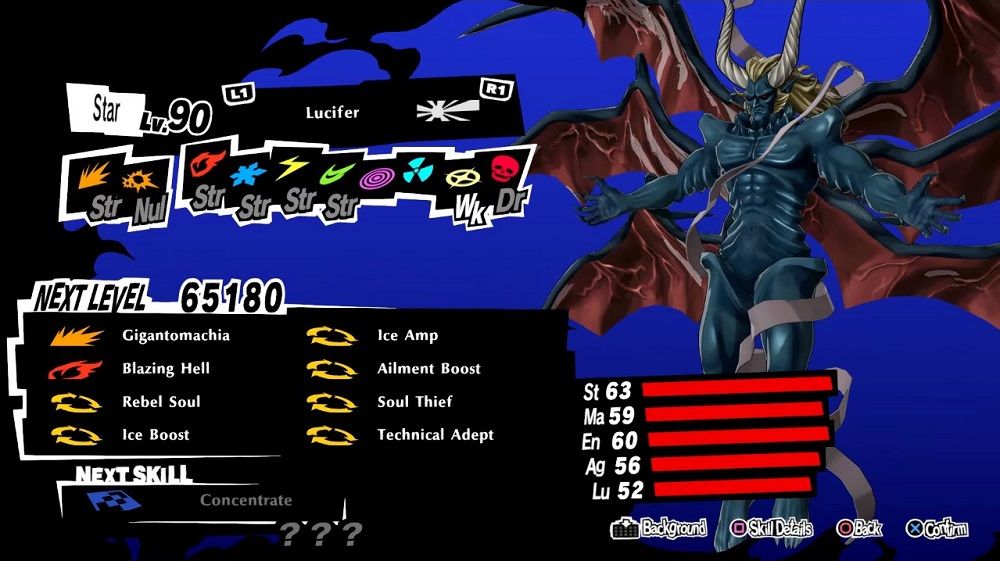 Lucifer is arguably the strongest Persona in the game, which is also probably why he is the last one you can possibly obtain. He is only available in New Game Plus and you have to be level 90 in order to fuse him, but he’s well worth getting because of his slew of strengths.

Lucifer is strong when it comes to Physical, Fire, Ice, Electric, and Wind elements, he nullifies Gun attacks, and he drains Curse. However, he is weak to Bless-based attacks, so just watch out for those. 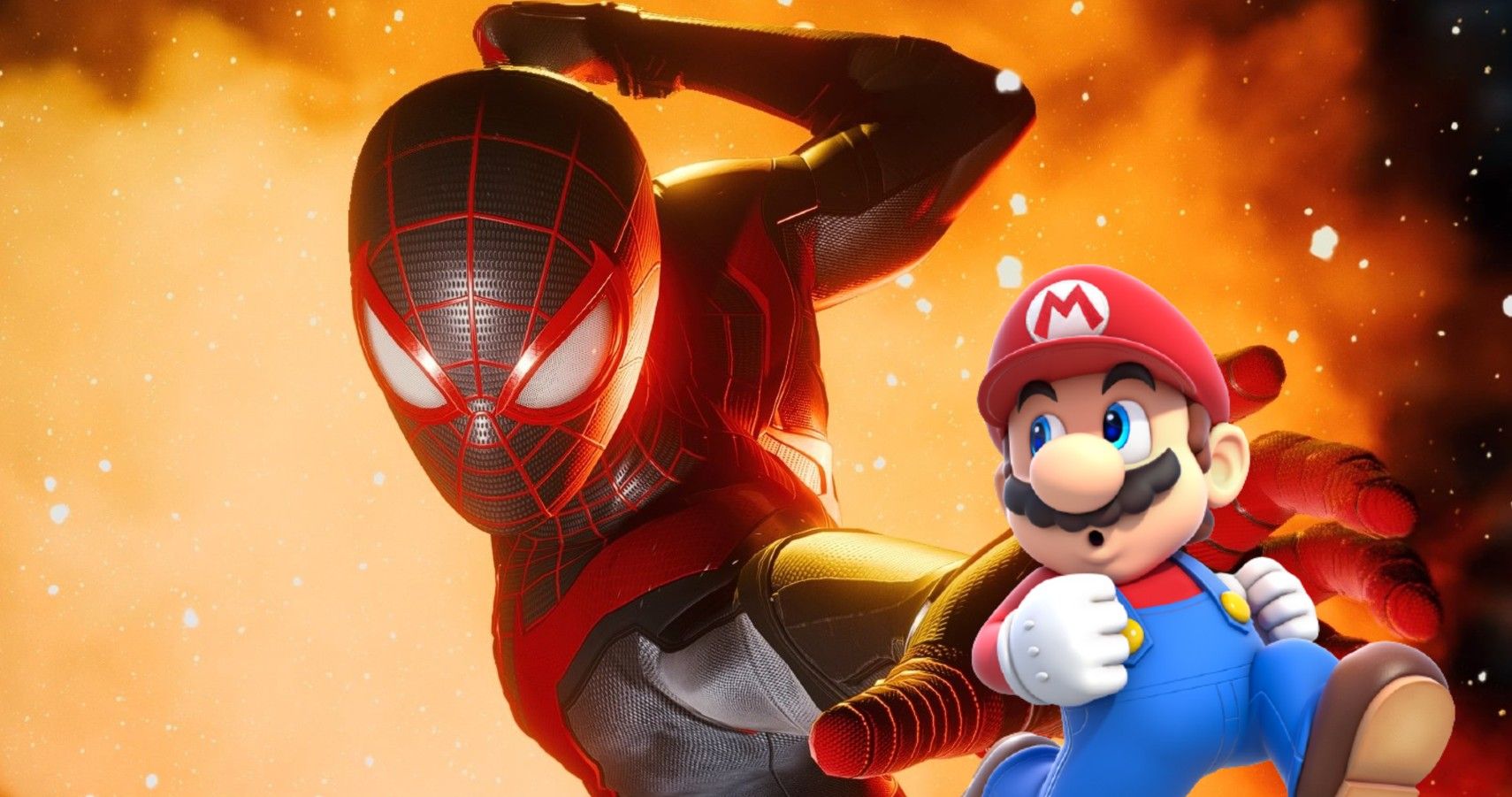 Meg appreciates gaming on all formats but primarily spends her time achievement hunting to the extreme. Her passion for gaming began as a child when first introduced to the Amstrad.