Persona 5 is the latest major numbered entry in the acclaimed series from Atlus, and its popularity has resulted in a few spin-off games too. The game follows a ragtag team of kids who attempt to fight back against the corruption of adults and change people’s hearts. No matter who stood in their way, be it a politician or a famous artist, the Phantom Thieves unveiled all kinds of deception, misconduct, abuse, and fraud for the sake of a better future.

The guiding influence for the protagonist in Persona 5 is the mysterious talking cat, Morgana. The tuxedo cat helps explain the complexity of Mementos and human desires and serves as the second-in-command of the Phantom Thieves. Morgana might seem a bit overbearing and excessive but he’s always willing to help and be protective of his friends. Let’s take a deeper look into who exactly the feline member of the Phantom Thieves really is.

This post contains spoilers for Persona 5 and Persona 5 Royal. Please do not continue reading unless you've completed both games. 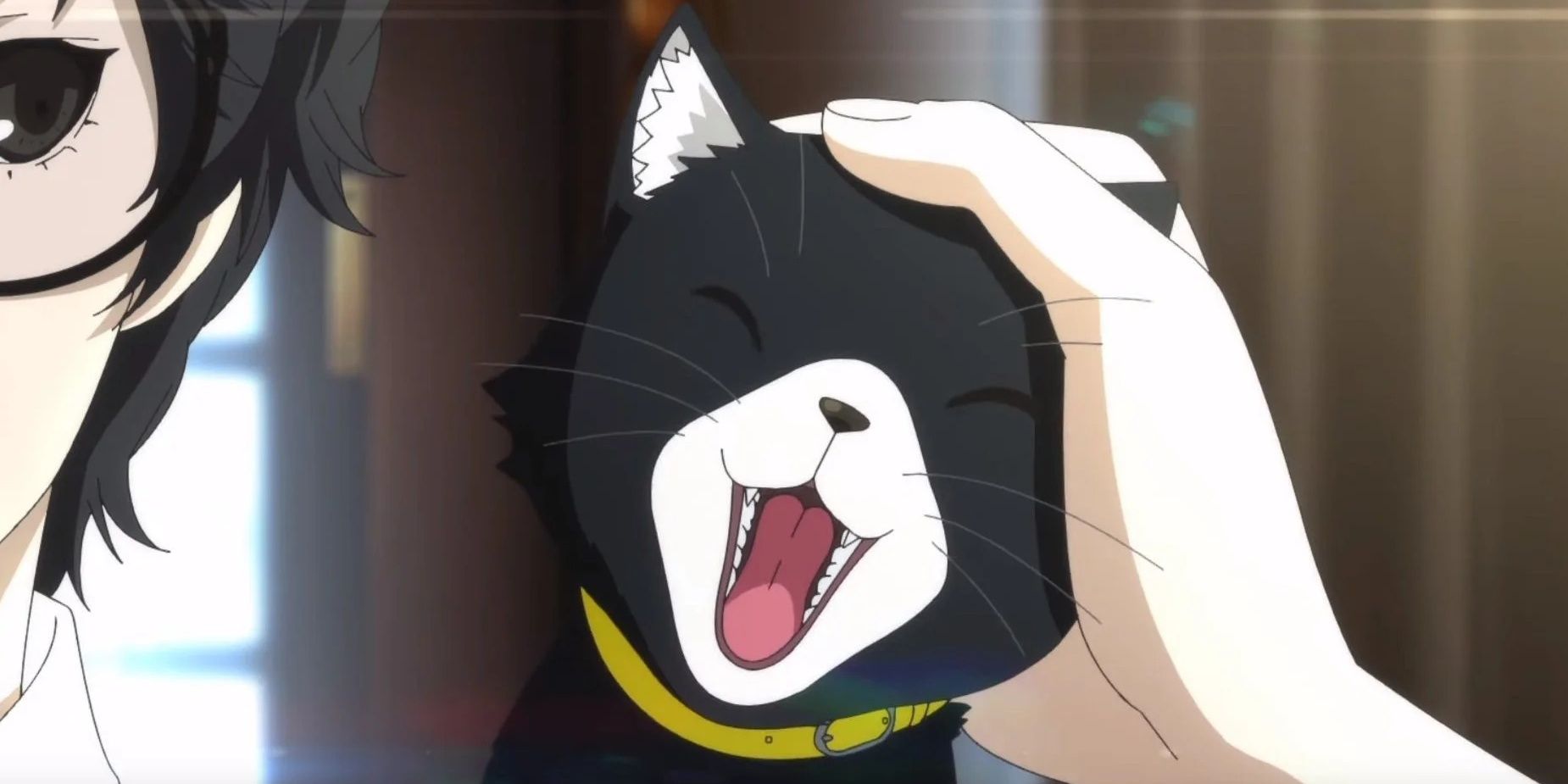 The protagonist and Ryuji Sakamoto first encounter Morgana in the first Palace of the game. After being sucked into the Metaverse and exploring the mysterious castle, the pair are captured by a cognitive version of Suguru Kamoshida, the school’s athletic instructor, and tossed into the dungeons. This is where they meet Morgana, who was also captured by the guards and locked up. Morgana quickly explains the basics of the Metaverse and the group manages to escape from the castle.

Taking the form of a tuxedo cat, Morgana claims that he isn’t a furry feline but actually a human who has lost his memories. In exchange for Joker’s help in restoring his memories, Morgana agrees to help him change people’s hearts and try to create a better world. Along with Ryuji, the group forms the Phantom Thieves and Morgana acts as the second-in-command. However, Morgana suffers through many insecurities throughout the game, as he feels like his value is quickly diminished when Futaba Sakura joins the team or when people simply point out that he’s a cat. 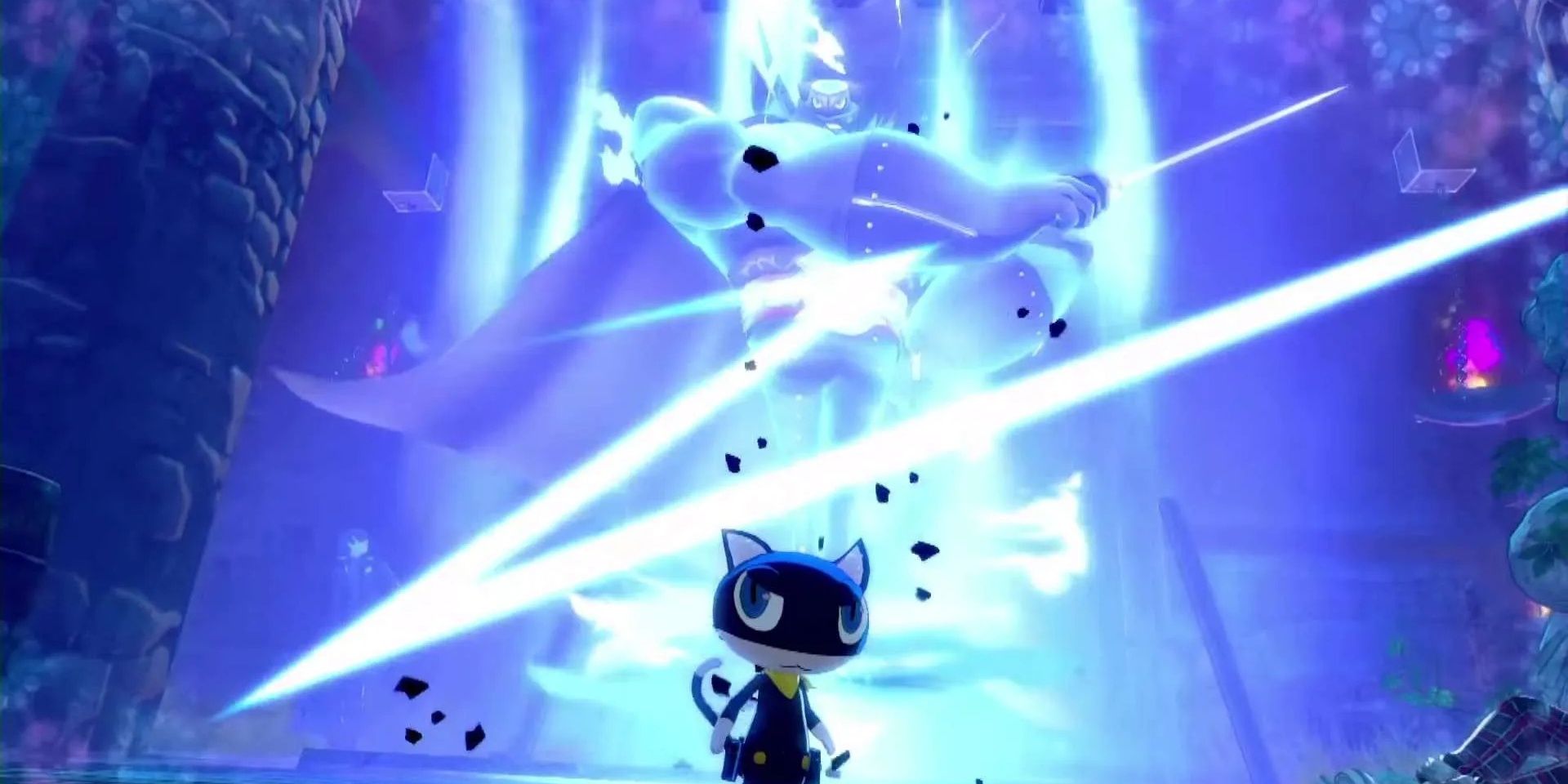 While exploring the Metaverse, each member of the Phantom Thieves has a codename. Morgana is referred to as Mona throughout missions and commands the Zorro Persona. Morgana can also transform into a Citroen H van to transport the Phantom Thieves in Palaces and the Metaverse with ease. Morgana is able to detect a Palace ruler’s treasure but loses a bit of control when the group finds it. Because of his own desire to become a human, he’s extremely enamored by the treasures.

Acting as the second-in-command, Morgana is quick to point out any flaws in the team or make suggestions to help everyone become more powerful. Morgana shares unique relationships with each person on the team, even with Ryuji who constantly bickers with him. One of Morgana’s most important traits is his never-ending care for the team. While his bluntness might seem a bit over the top when assessing the team, his criticism comes from a good place, which is also evident in his Confidant abilities. Joker will unlock Morgana’s abilities automatically throughout the game and one technique allows Morgana to cure other party members. 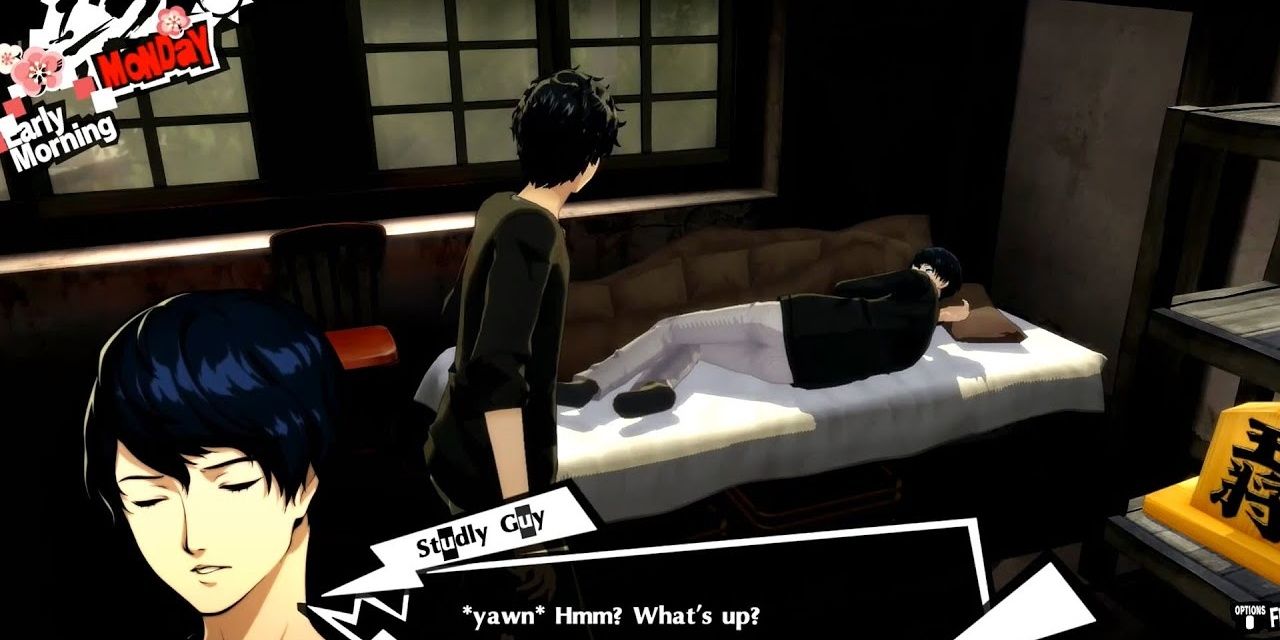 Despite Morgana’s excessive claims that he was once a human, it’s revealed at the end of Persona 5 that he’s a creature created from the depths of the Metaverse to help Joker in saving the world. As the Phantom Thieves continued to dive deeper into Mementos, Morgana regained more of his memories that he was sent on his mission by Igor from the Velvet Room. After saving the world from corruption, Morgana chooses to continue living with Joker.

However, Morgana’s story ends a bit differently in Persona 5 Royal. This pseudo-remaster of Persona 5 is the base game with a few added characters, including the school counselor Takuto Maruki. It’s revealed that Maruki is more than just a school counselor but also a Persona wielder and someone with access to the Metaverse. On New Year’s Eve, Morgana is seen watching television and wishes that he could look like the celebrity on the screen to impress Ann.

The next day, he’s transformed into a handsome young man but it was done by Maruki. The Phantom Thieves infiltrate Maruki’s Palace and ultimately defeat him and his Persona, Adam Kadmon, but Joker can negotiate a deal with Maruki for Morgan to remain as a human. Regardless of how Persona 5 Royal concludes, Morgana is once again in his cat form in Persona 5 Strikers, the spin-off sequel of Persona 5. While it's unknown whether or not Maruki is canon or if he was just transformed back into a cat, there's no doubt that the Phantom Thieves wouldn't succeed, let alone exist, without the guidance of Morgana.