Despite the game only being in Early Access, there are a lot of major updates coming to Phasmophobia this year, both big and small, as the developers improve on the already-enjoyable ghost-hunting experience. Although there are a lot of flashy new features coming up, the most recent additions show that it's clear that the developing team are going back to the very basics of the game and improving the experience as a whole.

The Truck Overhaul Update (v0.6.2.0) improves one of the first impressions that new players have of the game, changing it for the better with regard to both aesthetics and practicality. Although this update contains a number of basic bug fixes and practical changes, there are also a few new interesting additions to the game. From a new truck layout to the addition of three new ghost types, the Truck Overhaul Update has exciting new aspects to enjoy. 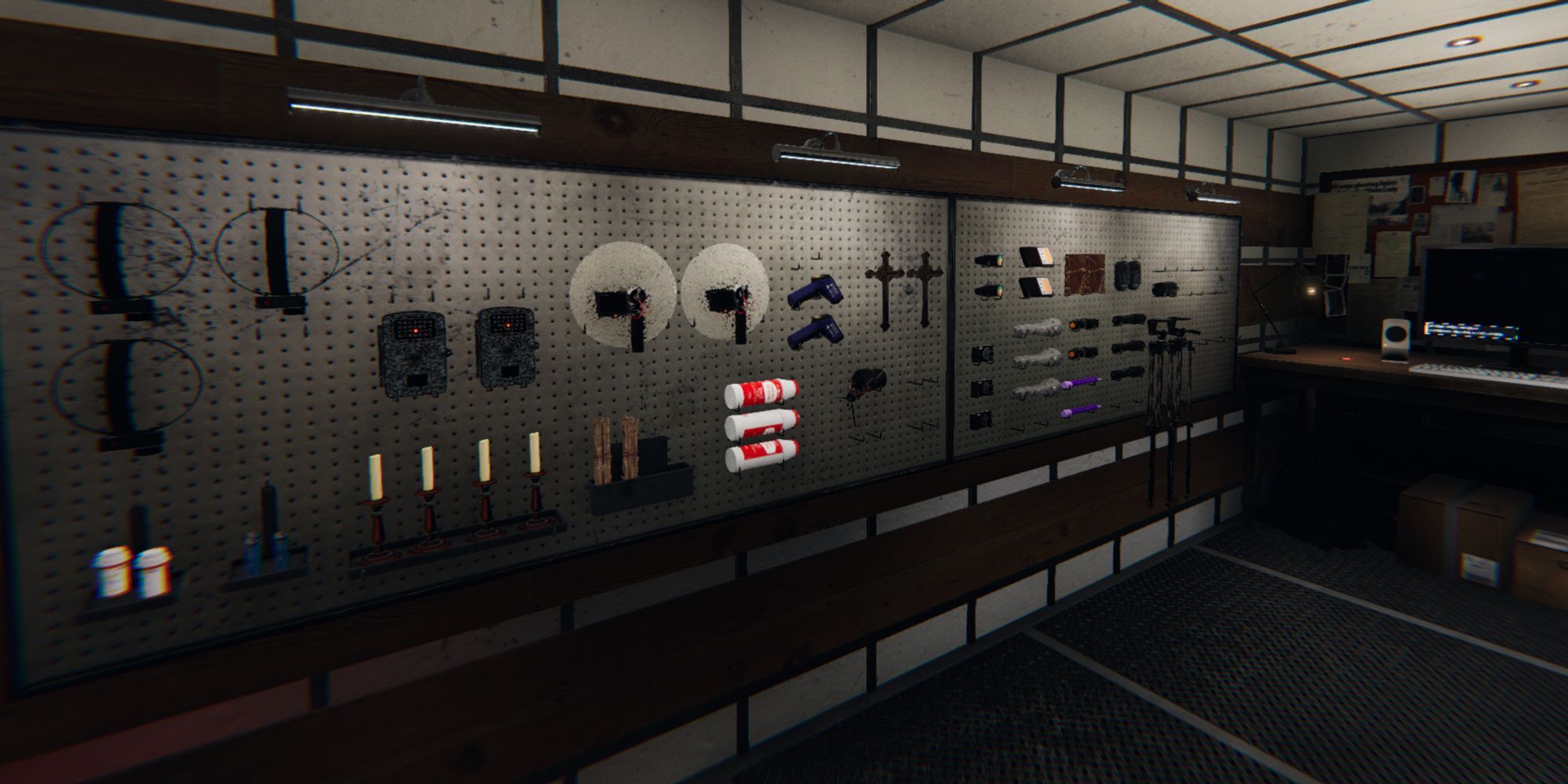 As the namesake of this update, it's only right that the truck's interior has had a massive update. Most notably, equipment is now mounted onto the wall of the truck. This gives the equipment section a massively cleaner look, with players able to identify the quantities of their equipment at a glance, rather than waste precious set-up time searching the shelves. Although the ability to place items back on the wall will only be included in the upcoming Custom Difficulty Update, this change is certainly for the better.

Alongside this change, the surveillance computer is now located at the back of the van, rather than how it previously was on the far left side, making it far quicker and easier to monitor ghost activity remotely. The Map screen has also been updated, allowing for easier navigation between different floors of the maps that you and your team explore. Rather than a single button to switch between floors, the Map screen now has up and down arrows for changing floors. 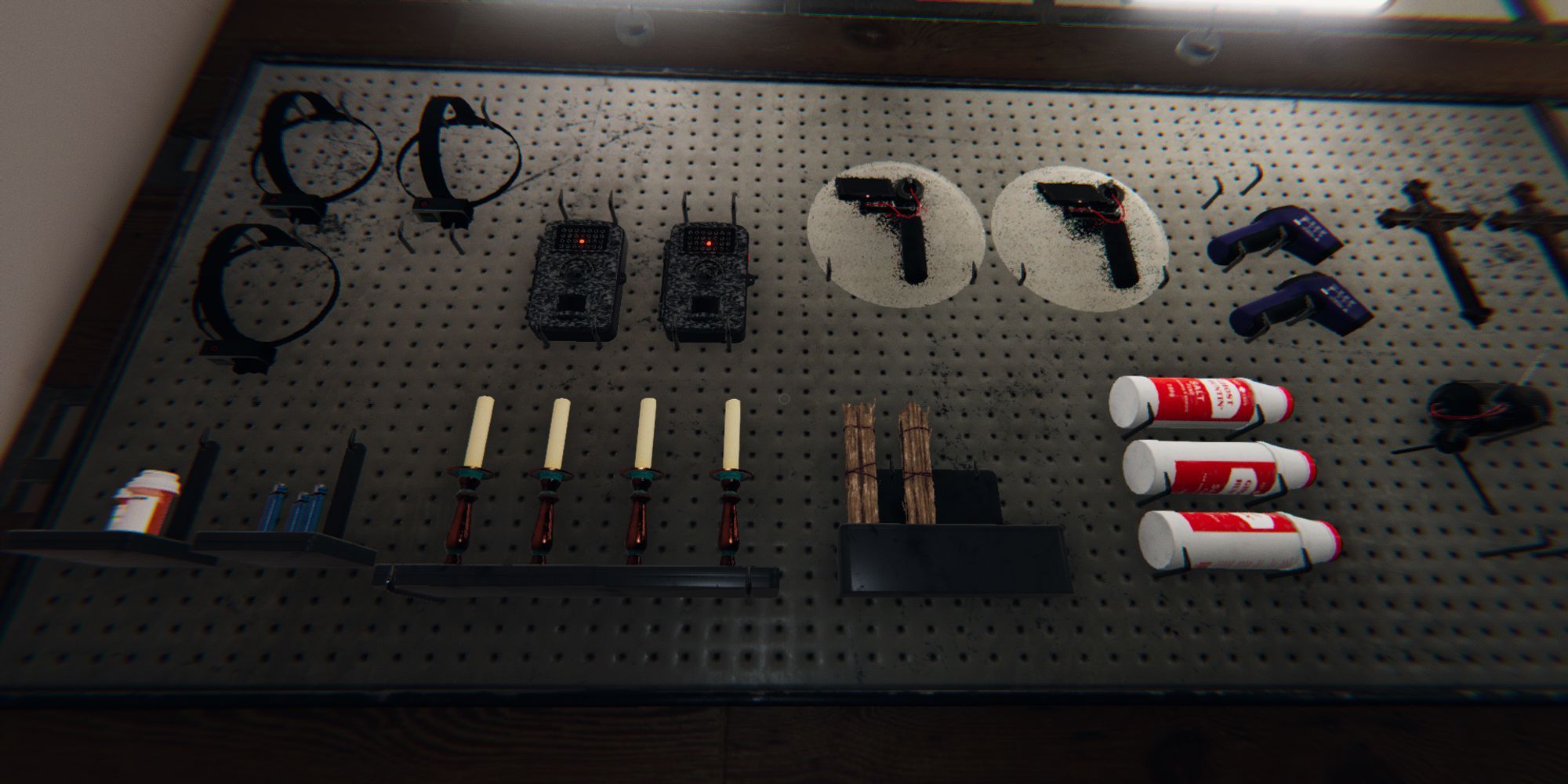 It can be very frustrating when you are playing a four-person game of Phasmophobia and there isn't enough equipment for each player to have one equipped. This is especially notable with items that get 'used up', such as Salt Shakers, as one accidental placement could be the deciding factor in whether you complete an objective.

The latest update begins to combat this, increasing the number of equipable Lighters to a total of four, meaning that every member of your ghost-hunting team can carry one. There is also an increase in the number of Salt Shakers to three, meaning that a misplaced salt pile won't be the end of the world. 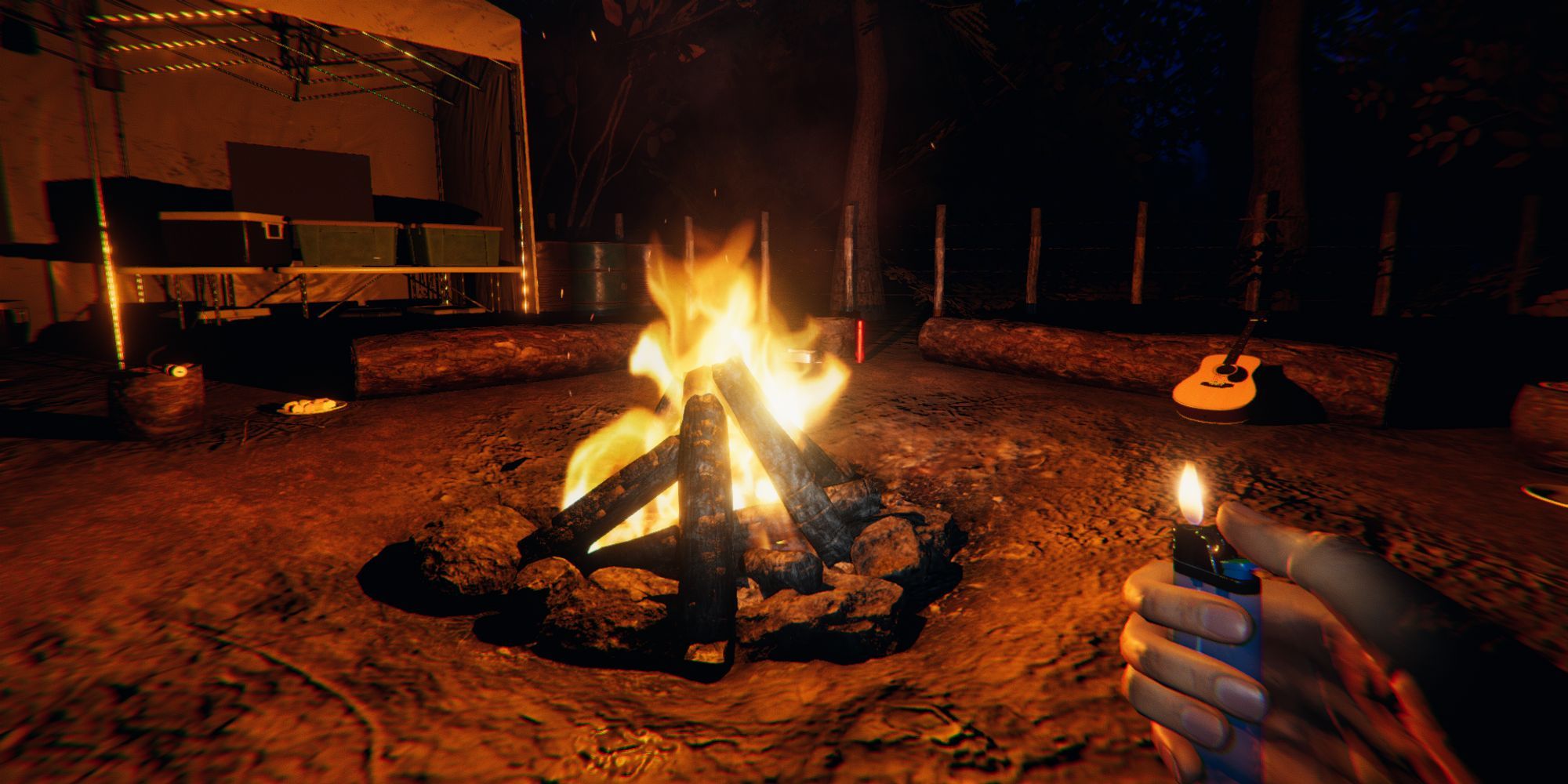 As the only outdoor map in the game, Maple Lodge Campsite is a favorite for those who like to switch up their ghost-hunting locations. Introduced in the Nightmare Update, this map also has an abundance of interesting Easter Eggs and references to famous horror franchises.

This update adds to the interesting aspects of the Maple Lodge Campsite, now allowing players to light the campfire located on the left of the map. Using a lighter or lit candle, you can approach the campfire and 'use' the item, allowing the campfire to ignite. Although this doesn't do much other than offer a good source of light, it's a fun element to have on the map. It doesn't affect any Freezing Temperature thermometer readings, but if you point your thermometer at it directly, it will read as a very hot temperature. 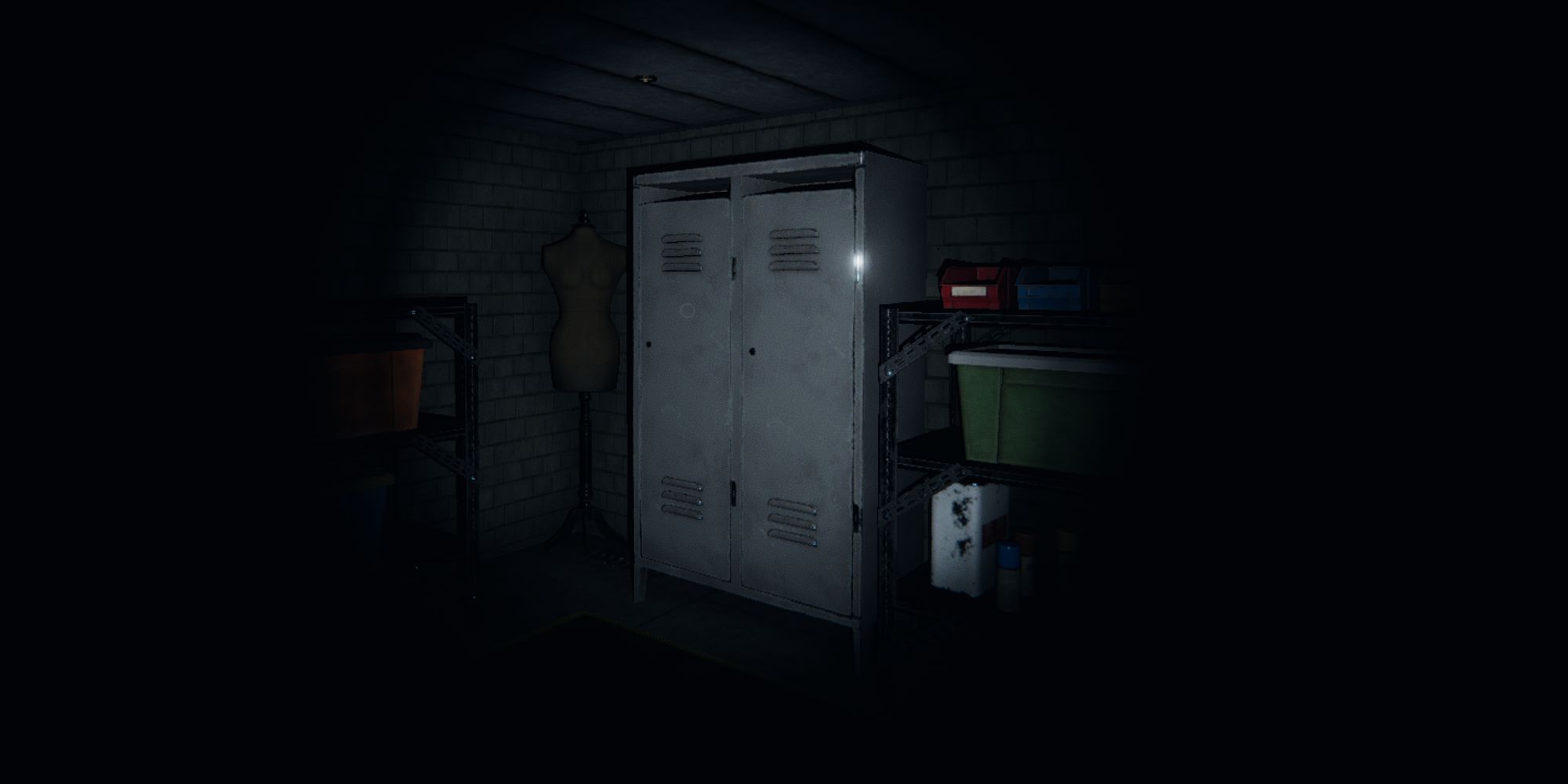 Although Phasmophobia is a great game to play solo, the Multiplayer mode allows you to either play with friends or get matched up with other online ghost hunters to work together to solve cases. With this game mode rising in popularity, it's only fitting that it's received a small update. 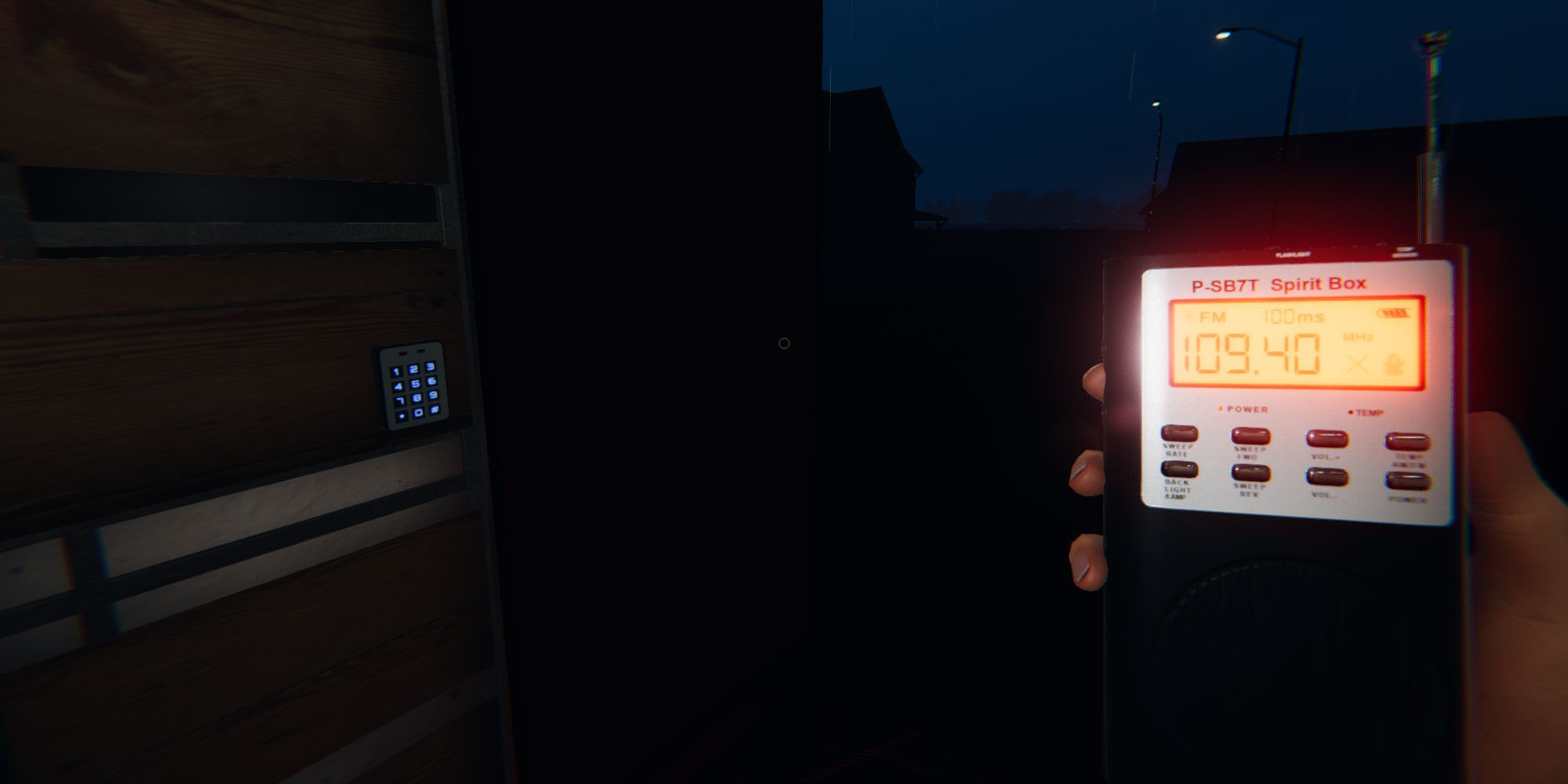 After quite a few issues with the voice recognition system in the game as a whole, players will be thrilled to know that the old system has been completely replaced in this new update. This means that there are a lot more languages and platforms supported, hugely broadening the international accessibility of the game.

Alongside this, there are new input options that players are able to utilize, especially useful for those who don't live alone or live with pets. Now you will be able to adjust the Voice Detector Sensitivity on your microphone, as well as switch on Noise Suppression, meaning that background noise from external factors won't affect your gameplay, especially when you're trying to hide from the ghost. 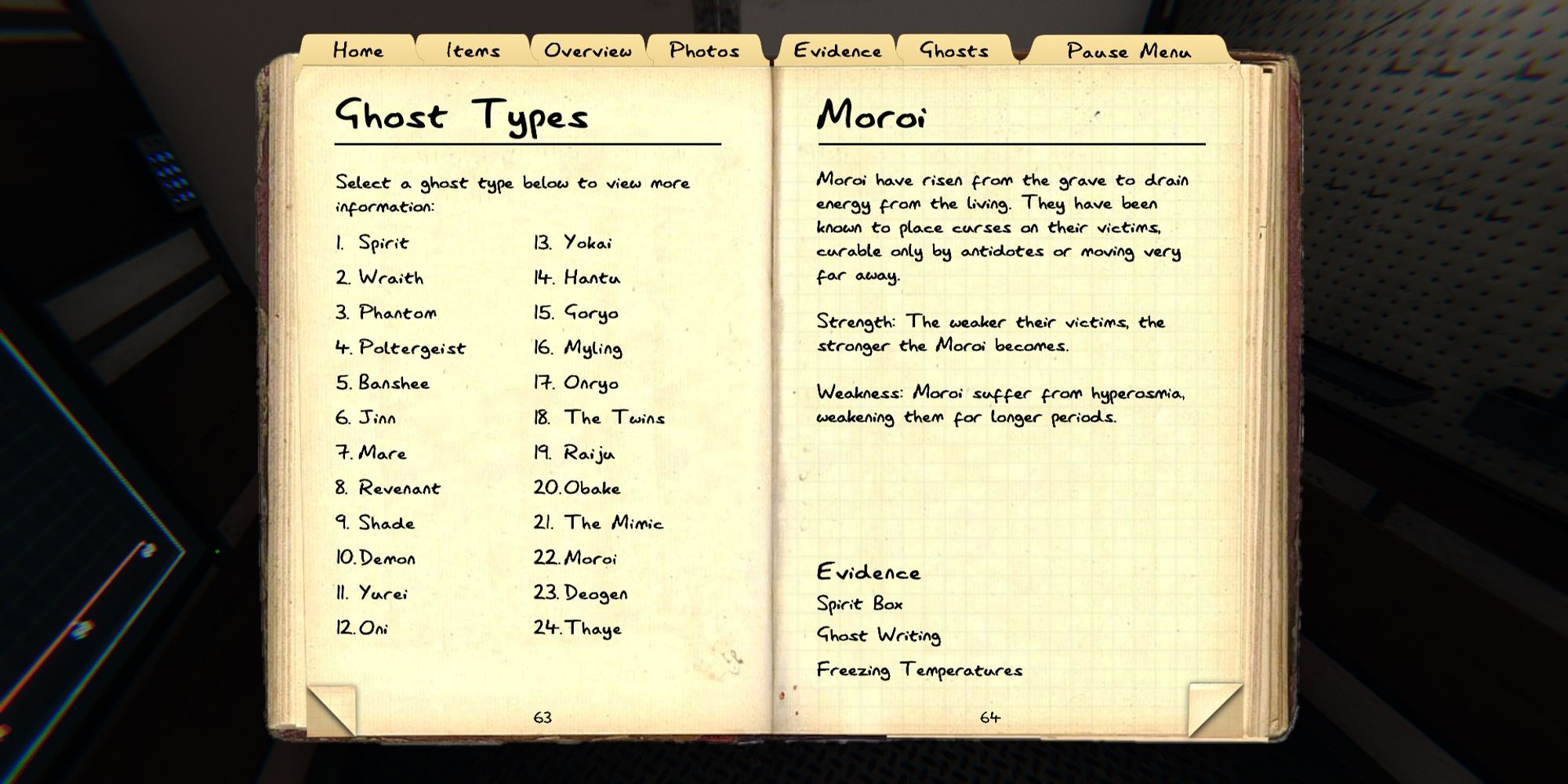 Based on a type of vampire from Romanian folklore, the Moroi is one of the new ghosts added to the game. The Moroi has the ability to 'curse' players it speaks to through the Spirit Box, making their sanity drop over time. The journal states "the weaker their victims, the stronger the Moroi becomes", meaning that those with dropping sanity will become an easy target for the ghost, and the lower the average sanity the faster the ghost will be.

Luckily, this 'curse' can be broken when Sanity Pills are consumed, however, it is important to note that the Moroi can curse multiple players at once. The evidence types required for identifying the Moroi are the Spirit Box, Ghost Writing, and Freezing Temperatures. 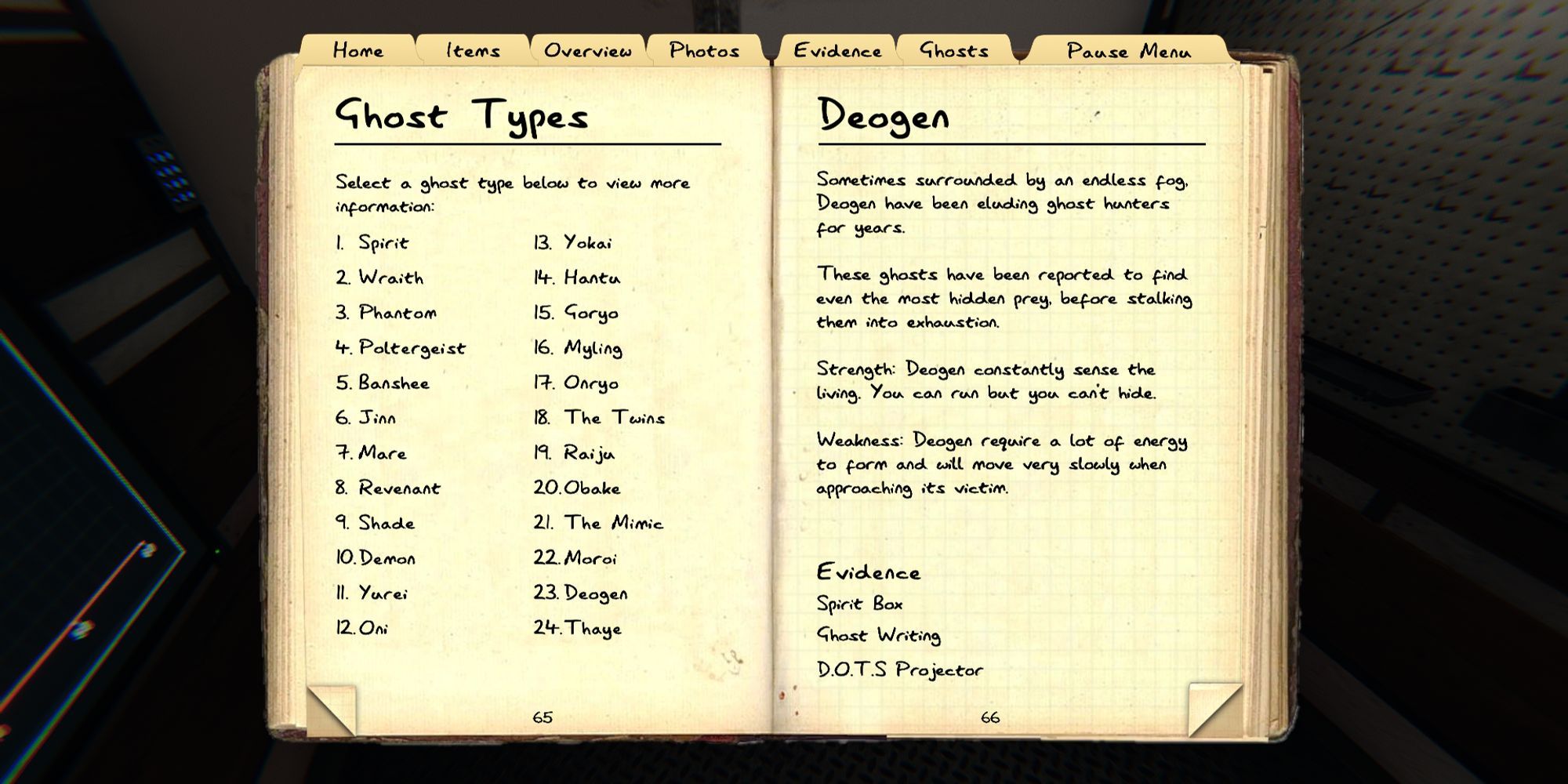 Based on an 18th Century Flemish tale, the Deogen is another one of the new ghost types that have been added to Phasmophobia, adding to the substantial list of ghost types. However, unlike with other ghosts, you can't hide from the Deogen, meaning that when one starts a hunt the only option is to run around the map and loop the ghost until the hunt ends. Luckily, the Deogen is a very slow entity, meaning that the only real risk you face from it when in a hunt, is if you back yourself into a corner.

When facing one of these ghosts, having Smudge Sticks gives you an advantage as it stuns the Deogen, allowing you to get out of a tight position if needs be. The best way to protect yourself from a Deogen is simply by creating distance between you and the ghost. The three evidence types that help identify the Deogen are the Spirit Box, Ghost Writing, and D.O.T.S Projector. 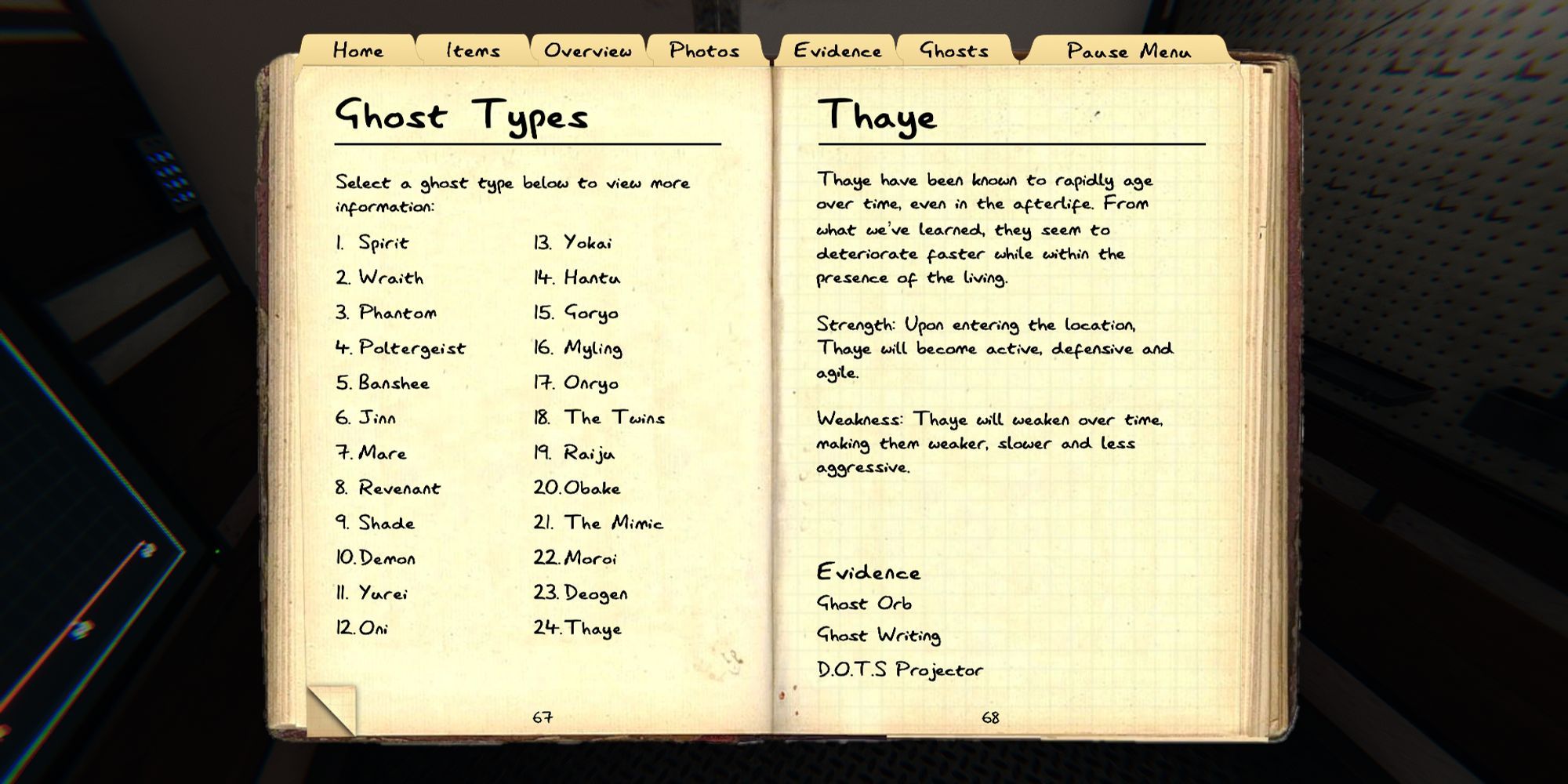 Originating in Myanmar folklore, the Thaye is the third type of ghost that has been added to Phasmophobia in this new update. The Thaye has been observed to display behavior almost opposite to that of a Shade, with activity decreasing over time rather than increasing. This means that collecting evidence much later in the game could pose a challenge to players, meaning that identifying a Thaye as quickly as possible is to your advantage.

The evidence types required for identifying a Thaye are Ghost Orbs, Ghost Writing, and the D.O.T.S Projector.