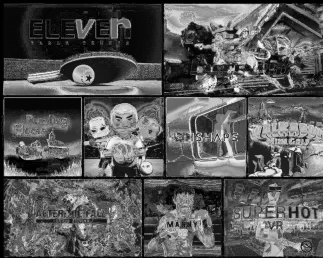 Pico Neo 3 Link is expected to carry in its store a group of high quality and popular VR games to compete with Quest 2 from Meta.

Pico announced the new consumer-focused version of its Neo 3 standalone called Link launches in a limited way throughout Europe in the coming months, and that the headset’s store will include some of the best VR games. Titles announced as being on the Pico Store include Eleven Table Tennis, Walkabout Mini Golf, Superhot VR, Puzzling Places, Demeo, OhShape, After The Fall, and Larcenauts.

Eleven and Walkabout are a couple of the best sports games in VR, Superhot VR is near the top of most best of VR gaming lists, and Demeo’s cooperative gameplay established it as our game of the year in 2021. We’d expect to hear confirmations of launch on the Pico Store from more developers in the coming months, so if you’re a developer working on a Pico release, please reach out to us with your plans with an email to [email protected]

Virtual Desktop creator Guy Godin told us this week he was looking into supporting the Neo 3 but couldn’t make any promises “as it will depend on Pico’s work supporting OpenXR.” The headset also comes with a DisplayPort cable for uncompressed PC VR, and supports wireless streaming via WiFi.

Pico was acquired last year by the owner of the TikTok video sharing social network, ByteDance. The Neo 3 Link will ship in “limited quantities” in the coming months as it launches first where Quest 2 isn’t sold, in Germany.