I spent my childhood surrounded by trees. My family home sits nestled against the forest’s edge down a winding road in rural Maine, and when my parents would inevitably tell me that I had spent too much time playing video games, I would head outside to use our land as my tapestry—a space of fantasy and imagination. Pikmin has helped recapture those days.

The rocks in my mom’s gardens were landing pads for my Tonka Millenium Falcon, and the babbling stream was a home for my Mudkip toy. Shady alcoves within the treeline became rooms within imagined buildings, inhabited only by myself and my cousin. The errant frog who hopped into the yard became something to chase, as did the butterflies that my sister and I would pursue with our nets.

Activities changed with the years, but the principle remained. I secretly loved being outside. I certainly enjoyed being inside more, but despite my protests about turning off the Wii, I always enjoyed spending some time on the swingset my dad built. I treasured it until shifting seasons and rotted wood would rock the entire frame as I glided back and forth. 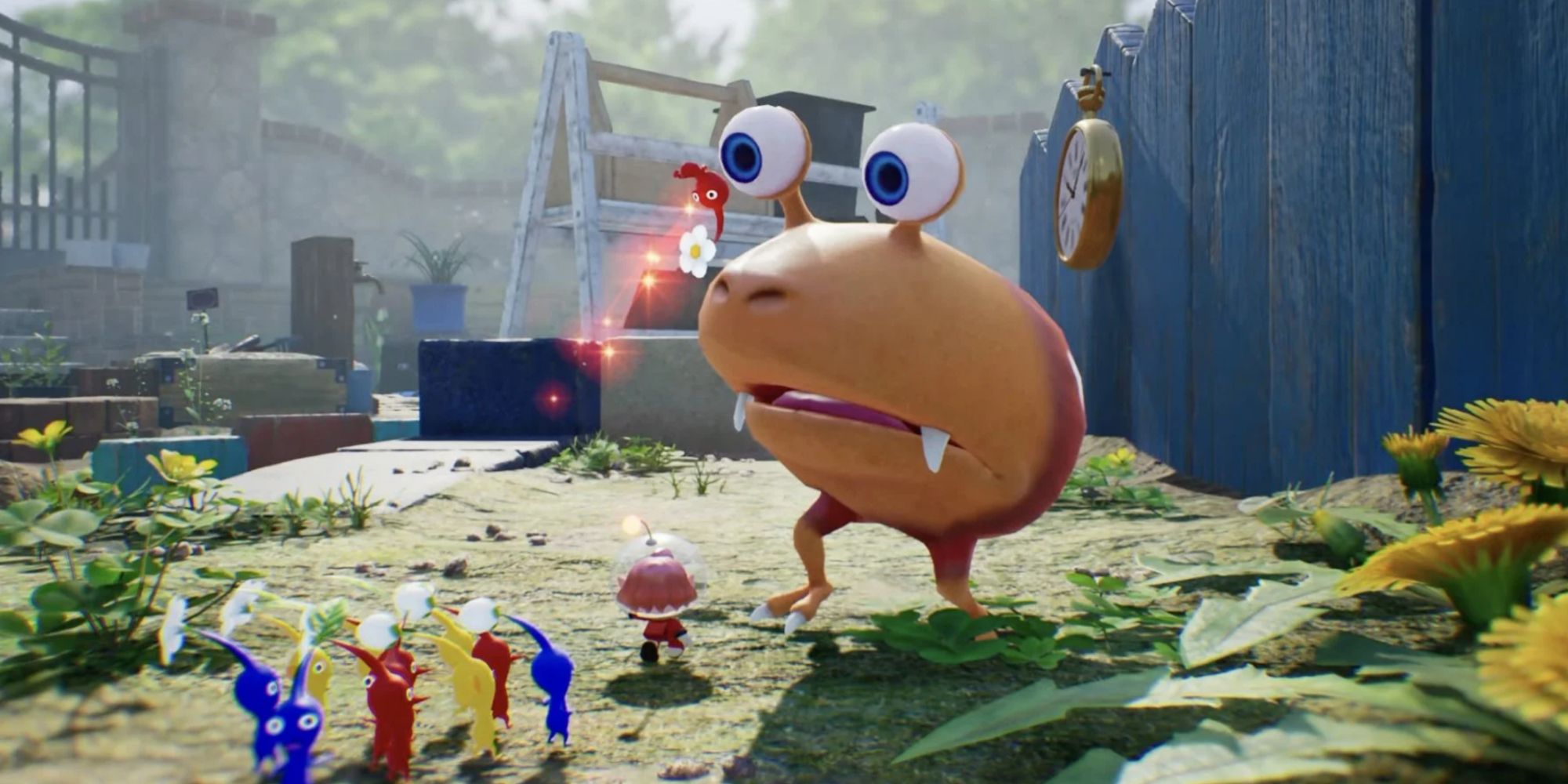 Time took our swingset, just as it took my interest in being outdoors. I’m an adult now. 21, a college student. I have a girlfriend and a job and no parents telling me to spend what few moments of free time I have out in nature. I still revel in the rolling tides along Maine’s coastal beaches and the fresh air as it fills my lungs on a run. But I see those beaches maybe four times a year, and I seldom have the stamina for more than a forty-minute jog.

Perhaps I’m getting old and dottering and nostalgic, but I miss that spirit of play. I still look for ways to reconnect with it that fit within my lifestyle. And recently, I found one hundred little red, blue, and yellow ways to recapture it. I finally finished Pikmin 2, the one entry I never completed, after my borderline-unhealthy enthusiasm upon the reveal of Pikmin 4.

In its wake, I returned to Pikmin’s sequel to finally wrap up the brilliant franchise. Like Nintendo’s best 21st century IP, Pikmin’s structure represents a smart take on a genre somewhat unfamiliar to Nintendo. Its RTS-lite fundamentals are accessible yet complex, built around a central mechanic and wrapped within a wonderfully irreverent world. The self-serious humor of Hocotate’s intrepid captains and the ecology of the universe’s goofy, dangerous creatures is special. 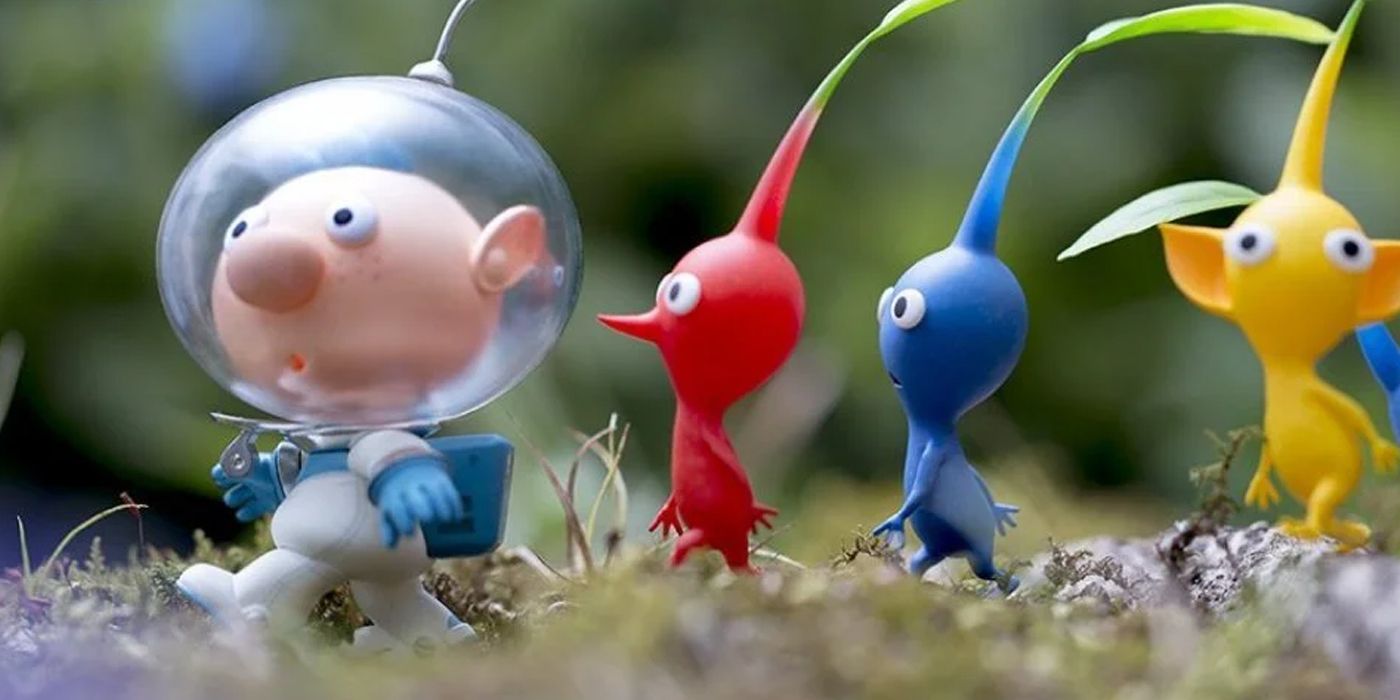 More precisely, it’s deeply imaginative. Playing Pikmin makes me feel childlike. Not childish—the meta-storyline about lost civilizations and overt macabre tones offer thematic depth for those who look, and Pikmin can be read subtextually as quite dour. Nonetheless, it principally embodies a certain whimsy that evokes childhood.

Traversing Pikmin’s natural landscapes parallels a time when I was equally small in my own environment. When I picked sticks from the woods to use as swords and berries from aside our road to snack on as I battled. Pikmin’s exploration, its fascination with local fauna and the supposition that a forgotten pile of bricks can stand in for a castle—these are pieces of a familiar story. Collecting palimpsest treasures and turning every left-behind object into a significant design element echoes my youth. It reminds me of when I took one of my dad’s frayed bungee cords and used it to fix a discarded sign to a tree branch in the woods, a centerpiece for one of my many hideaways. 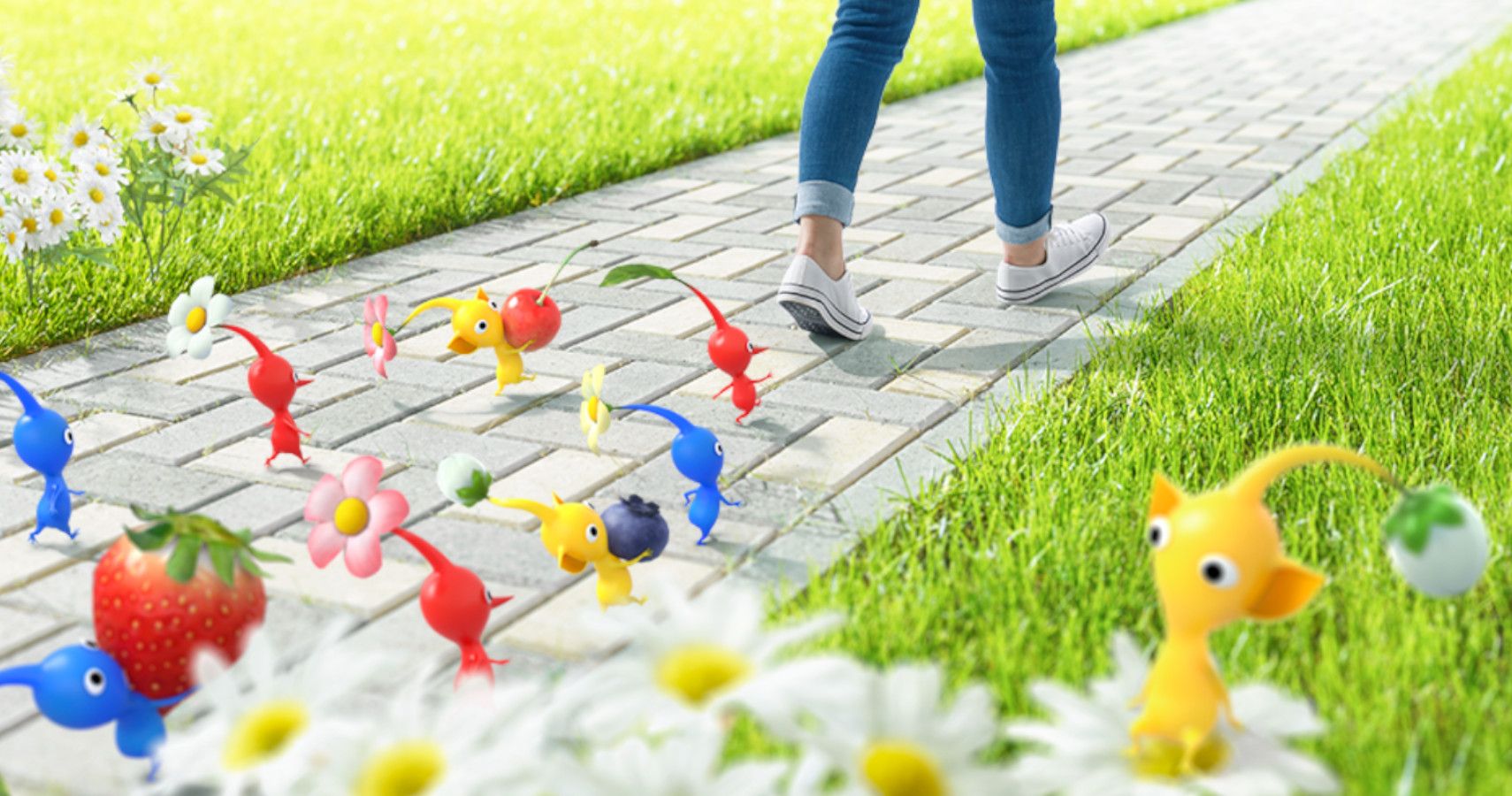 What’s wonderful about Pikmin is that I can gaze out my parents’ window and imagine Olimar’s adventures unfolding before me. I can see ten blue Pikmin carrying a long-forgotten clasp from a pair of tattered snow pants across that little babbling stream. I can hear the yellow Pikmin ‘hi-ya!’ as they’re thrown into combat against a grasshopper. I can imagine the S.S. Dolphin blasting off as the sun sets, careening past my window on its nightly journey to orbit.

Perhaps more importantly though, I can play Pikmin and I can imagine little Abram doing the same tasks. I can see him pulling a dirty Duracell battery from the ground and celebrating its discovery. I hear the splash as his footfalls race past a waterborne Wollywog. I can imagine him looking at me now, telling me that it’s okay that these days have passed. That they’ll walk behind me as colorful little memories. I’ll keep growing but I’ll always have these moments, and I’ll always have Pikmin as a reminder of them.