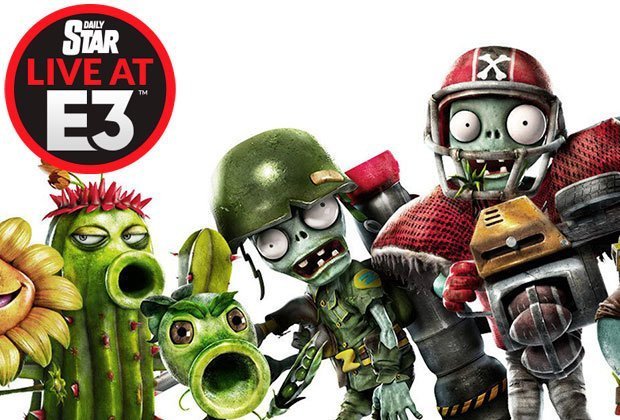 EA Play is the first big showcase of the E3 2019 Schedule.

The event will once again see Electronic Arts set their stall out early for gaming fans around the world, showcasing its upcoming slate of titles before the likes of Microsoft, Bethesda, Nintendo, Ubisoft or Square Enix start rolling out their big hitters.

If the name wasn’t already a dead giveaway, EA Play is effectively a press conference for Electronic Arts and will showcase their new releases set to arrive over the next few months and potentially well into 2020.

Although the company has outlined a fairly ridgid list of titles it will be showcasing, including the likes of Apex Legends, The Sims 4, Star Wars: Jedi Fallen Order and FIFA 20, there’s a chance a few more little games could peep over the metaphorical parapet.

We’re hoping and slightly expecting to hear some sort of news about the new Plants vs Zombies: Garden Warfare 3 game.

Unlike the new Need for Speed game in 2019, which EA has said won’t be on show, they’ve kept quite about PVZ. We hope that’s a good sign.

Keep reading for a brief overview of everything we know about the game so far, further down,

Plants Vs Zombies Garden Warfare 3 – What We Know?

Plants vs. Zombies has been a surprise hit for EA so it makes sense that there’s been a lot of expectation for the family-friendly shooter to return once more for a third outing.

Officially speaking, the only thing EA has said about the game comes from earlier this year, when EA reported during its third quarter financial results that as well as the existing slate of games primed for 2019, it also has plans to release a new Plants vs. Zombies game.

“Looking forward, we’re delighted to launch Anthem, our new IP, to grow Apex Legends and related Titanfall experiences, to deliver new Plants vs. Zombies and Need for Speed titles, and to add Star Wars Jedi: Fallen Order to our sports titles in the fall,” said COO and CFO Blake Jorgensen, in the announcement.

Following on from the earnings call, the company later confirmed that this new PvZ game is indeed a new shooter. The official Garden Warfare game account later tweeted that it’s coming for PC and consoles.

Beyond that and a few rumours about the team working on it, there’s little to no info. Hopefully, we get a little slice of news today during EA Play 2019.

Daily Star Gaming will be covering each conference with a live stream – getting all the information to you as soon as it happens – but you can find a full rundown of when to expect the main news drops below.

Pop these times into your diary and make sure you return to read all the big gaming news as it’s revealed on the day. We’ll also have live blogs each day and will add links as and when they become available.