As parents of 10- and 12-year-old boys, we’ve been easing into a strange transitional space. Our kids don’t cling to my wife and I the way they did when they were little guys. And that’s great! It’s important that they learn how to be independent and figure out how to navigate the world on their own, even though they’re only seeing a tiny slice of it right now. That’s not to say I don’t miss their enthusiastic appreciation for dad, though.

After Fortnite’s black-hole event, I had an urge to revisit the battle-royale ring. I’d dabbled a little bit, but it didn’t really click with me for whatever reason. My kids didn’t share that opinion, my youngest in particular. He’s been a die-hard player for a long while now, methodically rolling though his checklists of challenges and completing every season’s battle pass. Sometimes I’ll watch him play, though it’s clear that my hovering presence isn’t always appreciated. That’s why I was so surprised that he not only gave me more than a quick grunt when I said I was playing again, but he ran over to his PS4 and sent me a party invite. And away we went.

Over the past couple of months, we’ve been playing duos several times a week. I’ve been getting better at the fundamentals, thanks in no small part to my kid-turned-mentor. It’s been a really fun and interesting shift from our usual dynamic, which is certainly one of the reasons he’s been enjoying it, too. He has complete mastery over something that I’m still fairly clueless about. I don’t think there’s any other aspect of our relationship where that holds true. The closest we’ve come to that in the past are when he’s given us tours of his classroom during parent-teacher conferences. Once you see where the desk is, though, there’s not much else to say. 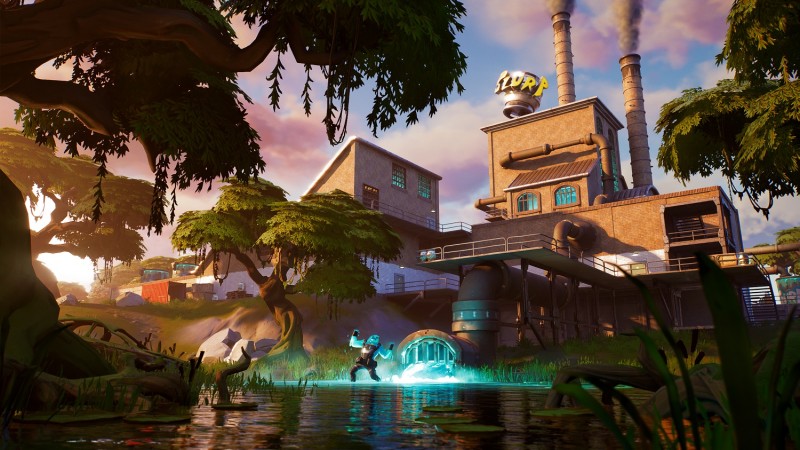 My favorite part of this experience has been getting a different picture of who he is and what kind of person he might become. He likes to call the shots, whether it’s where to drop, what challenges we take on (and in what order), and whether we should engage an enemy that’s still a tiny jumping dot on the horizon. When someone fires a sniper round by my head, he’s able to build a multilevel base with sniper holes in an instant. Meanwhile, I’m slowly panning around trying to find out where exactly the enemy is. He may not be interested in sharing the minutiae of his school day, but he has no problem breaking down my exact failings – as nicely as he’s capable. (I’m learning that he and I share an unfortunately limited reserve of patience.)

It’s also inspired a lot of fun conversations. After the recent Star Wars event, which introduced lightsabers into the arsenal, we’ve been griping to each other about how imbalanced the weapons are. A weapon that blocks incoming fire, destroys builds in split seconds, and lets you perform acrobatic maneuvers? Get outta here! They’re also underpowered and broken when we use them, which has kick-started some discussions about sportsmanship. Fortnite’s monetization has also sparked a few discussions about predatory microtransactions ($20 for a skin? Get outta here.), and why, no, you can’t get more V-Bucks right now, even though that emote is indeed super sweet.

Fortnite gets a lot of flak from a lot of True Gamers out there, and I get it. Its cartoonish presentation isn’t for everyone, it’s launched the careers of a lot of polarizing streamers, and it inspired this song. I’m not always having a great time actually playing Fortnite. I still can’t wrap my mind around the building. But as long as my son keeps sending me invites, I’ll continue to hit “accept.”