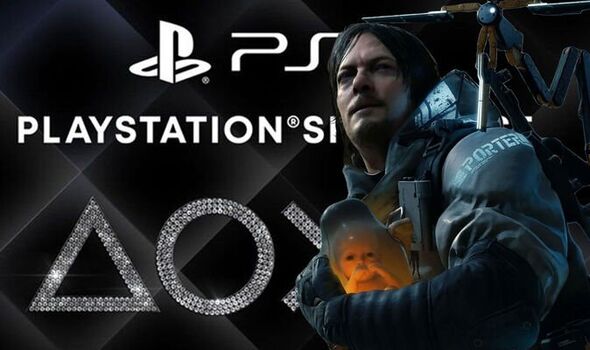 For the past few years Sony has held a PlayStation Showcase each September which has revealed major PS4 and PS5 games news. These high-profile events have been used to drop huge announcements like the reveal of Spider-Man 2 and the Wolverine game, as well as the initial announcement on God of War Ragnarok. The biggest news of the year is usually held for a PlayStation Showcase, so when September 2022 rolled around it was thought Sony would be sticking to its annual schedule and holding another big event that month.

However, that wasn’t the case with the PlayStation makers instead holding a State of Play stream.

Still, fans are hoping there could be a big PS4 and PS5 games event before the year is up – and signs keep on pointing towards it.

Which may have been hinting towards a PlayStation Showcase, as news on the highly anticipated Square Enix RPG dropped during previous Showcases.

And now another subtle tease could have hinted at an upcoming PlayStation Showcase event.

This potential tease came from Tommie Earl Jenkins, one of the actor’s in Hideo Kojima’s Death Stranding.

At the start of this week Jenkins tweeted: “Something’s coming! Are you ready?”

This tweet came amid a series of typically cryptic teases from Kojima-san about his next project.

These teases feature Super 8 and The Great actress Elle Fanning. It’s unclear what project Fanning is involved in, with one option being Kojima’s upcoming project for Xbox – which is believed to be a horror game called Overdose.

Another option, which Jenkins’ tweet could allude to, is a Death Stranding sequel.

And if that’s about to be announced imminently it could be a sign of a PlayStation Showcase taking place soon.

Besides Death Stranding 2 and Final Fantasy 16, there’s another game which could feature in a PlayStation Showcase taking place this year.

For years now rumours have been swirling around that new Silent Hill projects are in the works.

But in recent months these rumours and leaks have kicked into overdrive, which could hints towards an imminent announcement.

It’s thought a number of new Silent Hill games are in the works including a remake of Silent Hill 2 which is being made by Layers of Fear devs Bloober Team.

This is rumoured to be a PS5 exclusive, as is the next mainline Silent Hill game.

And it’s thought a teaser for this project – which could be a few years away – will be released this year to promote it in the same way that PT was for the defunct Silent Hills game.

If that is the case the perfect place to announce the release of these new Silent Hill games, as well as shadow dropping the teaser demo for Silent Hill 9 – would be a PlayStation Showcase.

We’ll have to wait and see of course, and with all rumours it’s best to take claims with a big pinch of salt until official confirmation.

But with only a few weeks left this month fans should find out sooner rather than later if an October PlayStation Showcase is on the horizon or not.