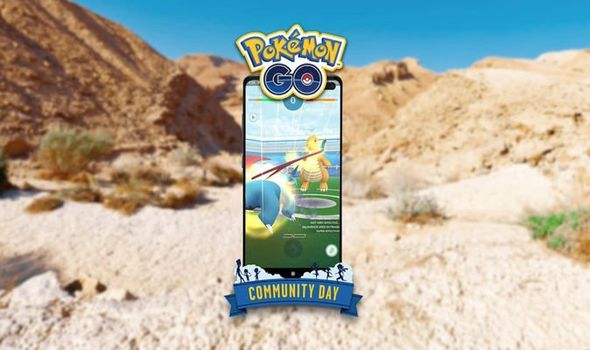 Pokemon Go developer Niantic has revealed the final secret ahead of the April 2019 Community Day event.

The next Pokemon Go event takes place between 3pm and 6pm UK time on April 13.

Bagon will take centre stage during the event, which is great news if you don’t have Shelgon or Salamence.

And with the Community Day event about to begin, Niantic has given fans a preview of the exclusive special move you can learn during Community Day hours.

Anybody who evolves Shelgon into Salamence during the course of the event will unlock (or one hour after it ends) will unlockthe exclusive Outrage move.

“Evolve Shelgon during or up to one hour after Community Day to obtain a Salamence that knows this Pokemon GO Community Day exclusive move!”

Of course, exclusive special moves aren’t the only bonuses you can take advantage of on Community Day.

As with all Community Day celebrations, Lures will last for the duration of the three-hour event.

Fans will also receive triple XP for every Pokemon they catch, giving you a better chance to level up.

If you’re really lucky, you might even catch a Shiny Bagon during the course of the event.

The April Community Day event will be followed by next week’s Easter Eggstravaganza celebration.

The Pokemon Go Easter Eggstravaganza event has been given an April 16 release date.

As part of the Eggstravaganza event, Pokemon like Pichu, Smoochum, and Magby will be available in 2 km Eggs.

Egg-focused Field Research will be available during the course of the week-long event.

Other bonuses include double hatch candy, as well as shorter hatch distances.