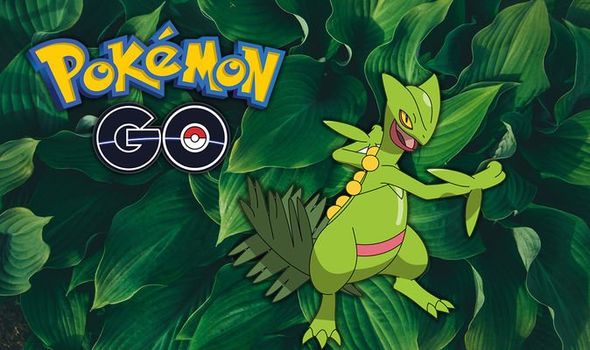 Pokemon Go fans have been treated to some good news ahead of this weekend’s Community Day event for March.

Niantic has finally revealed the identity of the exclusive March 2019 exclusive move.

The upcoming Community Day puts the spotlight on Treecko, which is great news if you don’t have a Grovyle or a Sceptile.

And if you do manage to evolve a Grovyle into a Sceptile, your powerful new Pokemon will known an exclusive special move.

According to a Niantic tweet, your evolved Sceptile will know a new move called Frenzy Plant.

The only catch is that you’ll need to evolve your Sceptile during Community Day hours.

The March 2019 Community Day takes place on March 23 between the hours of 10am and 1pm GMT.

Players usually get an extra hour to make the evolution, which means you’ll only be able to learn Frenzy Plant until 2pm.

Of course, exclusive moves and increased spawn rates aren’t the only reason for taking part in Community Day events.

As part of the March 2019 event, Lures will last for the full three hours of the event.

Egg hatching distances will also be greatly reduced for the duration of the event, so keep hold of those 10km eggs. Players will only need to travel a quarter of the usual distance to hatch new eggs.

Needless to say, you’ll also be able to catch a Shiny Treecko.

Running until March 26, the Pokemon Go Equinox celebration shifts the focus to Grass-type Pokemon for the duration of the event.

This means Pokemon like Oddish, Exeggcute, Sunkern, and Shroomish will all appear more frequently in the wild.

And as an extra special bonus, Lunatone and Solrock will switch hemispheres at the start of the event, and remain that way for the foreseeable future.