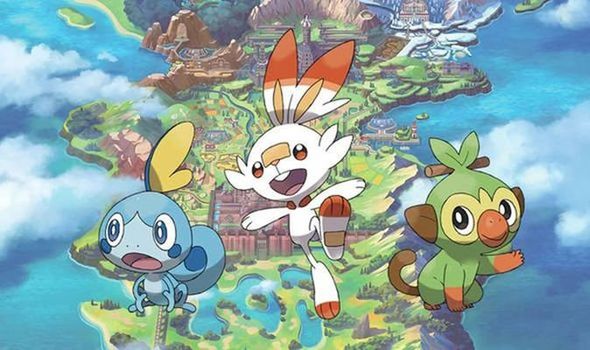 Pokemon Sword and Shield fans have only a short time to enjoy the latest Pokedex update.

Nintendo Switch gamers have been busy collecting and building their favourite teams across the Galar region.

But developers Game Freak have been adding new stuff and tweaking things behind the scenes to help keep things interesting in Sword and Shield.

And this includes providing limited-time versions of Pokemon that will be disappearing before the end of the week.

Delibird is not a new Pokemon that has been added to the Galar region this week but it has been given a big boost.

And that includes an upgrade in the number of Max Raid Battle encounters you can enjoy over the next few days.

But the big bonus from this latest Pokemon update is that the Delibirds you can catch will be better than those previously made available.

This update is only available for a limited time, meaning gamers only have until December 26 to take advantage of all the bonuses.

So while you may already have a Delibird in your Pokedex, this new event makes it possible to get the best possible version.

“Delibird is spreading holiday cheer in Pokémon Sword and Pokémon Shield. For a limited time, you can conduct more Max Raid Battles against Delibird in Pokémon Dens all around the Wild Area,” a message from Nintendo reads.

“The rewards you’ll earn for each Delibird you defeat will be better than usual, with more Ice-type TRs and Exp. Candies among the goodies.

“To take advantage of these limited-time Max Raid Battle bonuses, you’ll need to connect your Nintendo Switch system to the internet.

“Then, when you see a pillar of light shining from a Pokémon Den in the Wild Area, you can walk up to the Pokémon Den and interact with it to start a Max Raid Battle with a Dynamax Pokémon.

“Your chances of encountering more Delibird in Pokémon Dens will last only from December 20 through December 26, so grab some friends and head to the Wild Area today.”

The Pokemon Company has also provided a new guide on the best ways to train your Pokemon, which should come in handy for anyone starting their adventure this week.

“Once you have the Pokémon you want to train ready, the final step is to raise its base points. Base points are underlying values that help determine a Pokémon’s six major stats—HP, Attack, Defense, Sp. Atk, Sp. Def, and Speed. They start at zero but can be increased by defeating Pokémon, participating in certain Poké Jobs, or using specific kinds of items. You won’t be able to train your Pokémon to have the highest amount of base points in every stat because there is a limit to how many total base points you can have across all six stats. This limit of total base points allows you to either hit the maximum in two stats with a tiny bit left over for a third or spread your Pokémon’s training more evenly across a greater number of stats.

“We suggest focusing on maximizing two of your Pokémon’s stats. For Pokémon intended to focus on attacking, usually Speed and either Attack or Sp. Atk work well, and for more defensively oriented Pokémon, usually HP and either Defense or Sp. Def work well.

“By far the fastest and simplest way to increase a Pokémon’s stats is by using nutritious drinks, which can be purchased in the front Pokémon Center in Wyndon. Give your Pokémon 26 drinks that match the two stats you’d like them to excel in—for instance, HP Up and Protein if you’d like the Pokémon to have great HP and Attack—and you’ll be well on your way. You can see if a stat is maxed out by checking the second tab of the Pokémon’s summary screen (which features the stat graph) and then pressing the X Button to view the second graph. Once a Pokémon has the full allotment of base points in a stat, there will be a sparkling effect around the stat’s name. If you accidentally train the wrong stats for your Pokémon, you can reduce them by using a Qualot Berry (for Defense) or other, similar Berries.

“Train your Pokémon’s stats fully before putting your Pokémon in your party, because if you defeat any Pokémon that awards Exp. Points, your Pokémon will gain base points based on the species of the defeated Pokémon. If you intend to do Hyper Training with a Pokémon and want to gain Exp. Points by defeating enemy Pokémon instead of by using items exclusively, make sure to use the nutritious drinks before leveling the Pokémon up.”