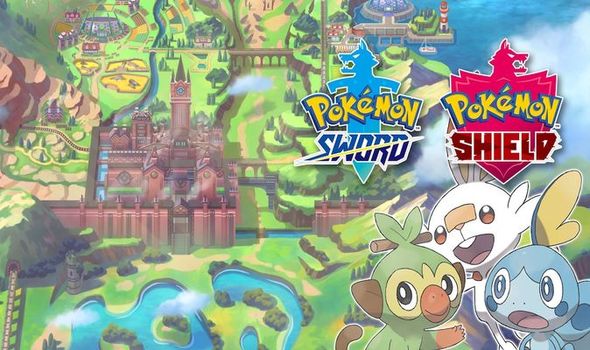 Nintendo Switch fans are finding out more and more about Pokemon Sword and Shield as the November release date creeps ever closer.

And with just a month to go before the Sword and Shield launch on Nintendo Switch, fans have been given a look at the game’s map.

And judging by the leaked image of the map (below), Sword and Shield will be the biggest Pokemon game yet.

The map can be found on the cover of the upcoming Sword and Shield guide by CoroCoro (via Serebii).

Indeed, fans were given a closer look at one of these ecosystems during a recent 24-hour live stream online.

Nintendo recently broadcast the live footage from a camera set up in Glimwood Tangle – “a strange forest located deep within the Galar region”.

“Meet Galarian Ponyta, the Unique Horn Pokémon! Galarian Ponyta have been found in a certain forest of the Galar region since ancient times,” reads the official description. 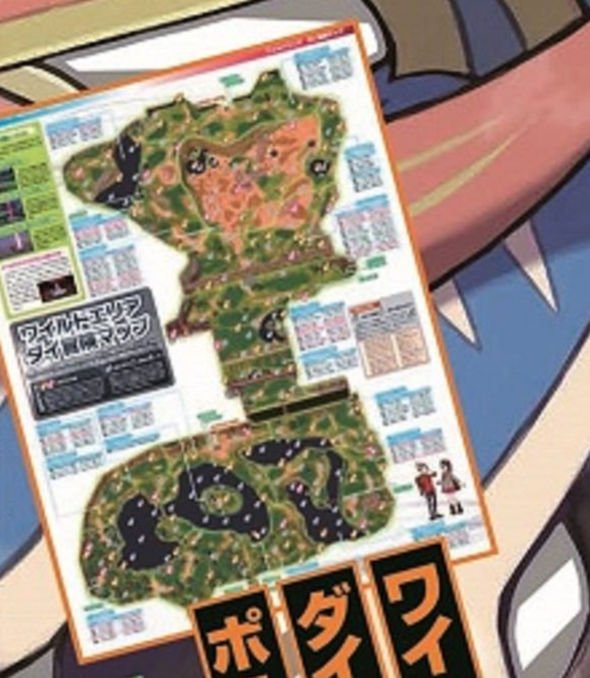 Pokemon Sword and Shield has a November 15 release date, exclusively on Nintendo Switch.

The game contains lots of new features and a new generation of Pokemon, not to mention a brand new location loosely based on the United Kingdom.

One of the headline new features is the aforementioned Dynamaxing, which transforms Pocket Monsters into huge beasts with more powerful special moves.

The Nintendo Switch game will also have more Trainer customisation options, including the ability to change hairstyles and wear makeup.

Players will also be able to set up camps when exploring the Galar region, and can even cook up a selection of curry dishes.

Nintendo is expected to promote Sword and Shield with a crossover event in Pokemon Go.

Based on data discovered within the Pokemon Go game files, Galarian variations of existing Pokemon will soon begin to appear in Pokemon Go.

This means that at the very least, Pokemon Go fans can expect to encounter Galarian Weezing, Galarian Zigzagoon and Galarian Linoone.

It’s unclear when the crossover will take place, but it’s likely to happen closer to Sword and Shield’s November 15 launch.