Even though Pokemon Unite has been out for some time, a lot of players still have issues when choosing the right hero. This is even more prevalent when talking about team compositions. Knowing what heroes to play in a full lineup with your friends can be very tricky, especially in an ever-changing meta with new characters coming out all the time.

Choosing a good team composition means more than filling out all the role slots. It means having cohesive lanes with heroes that synergize together and a jungle hero that can complement both lanes when trying to gank. Here are some solid team compositions that you can try out with your friends next time you're playing Pokemon Unite.

This team composition has Gengar in the jungle, Gardevoir and Snorlax on top lane and Eldegoss and Slowbro on the bottom lane. The main strength of this combination is a lot of AOE spells that will help out especially in late game fights.

As far as the top lane goes, Gardevoir goes very well with Snorlax given how squishy she is. Snorlax has the defensive capabilities to effectively stop the opponents from focusing her down, while giving her enough breathing space to put out a good amount of damage. The bottom lane is pretty similar, since you have Slowbro using himself as a shield for Eldegoss. The fact that Eldegoss can heal and buff his movement speed can turn a well played Slowbro into a very menacing hero.

The endgame fight potential that this team composition brings to the table is something to fear, especially against a team with lots of melee heroes. This is mostly due to the fact that melee heroes will find it harder to dodge all the AOE spells that these Pokemon can use. 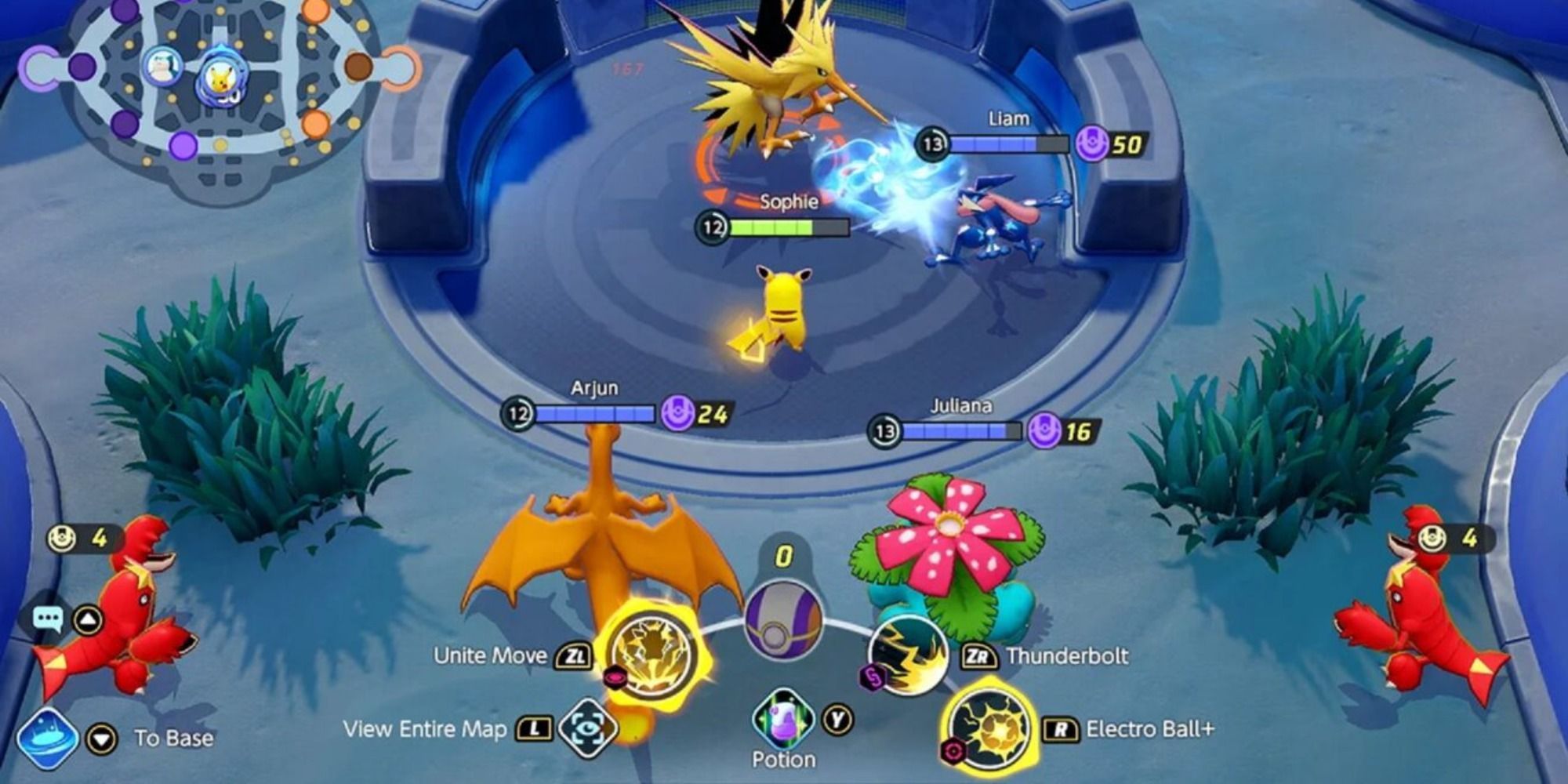 A team composition that fields Charizard in the jungle, Cinderace and Snorlax on top lane with Eldegoss and Zeraora on the bottom lane. While this team may start off slow, it picks up plenty of momentum along the way if you play both lanes correctly. Cinderace has plenty of space to be a nuisance throughout the laning phase simply by hiding behind Snorlax. The same goes for Zeraora on the bottom lane who usually has a tough time at the start of the game. With Eldegoss by his side ready to heal and buff him, Zeraora can quickly turn the tide of any battle with his burst damage.

When it comes to the late game, this team's main strength is being able to dive with Charizard and Zeraora into the backline of the enemy team, quickly shredding their most vulnerable heroes to bits. Cleaning up the rest of the enemies afterward should be no problem against most teams. 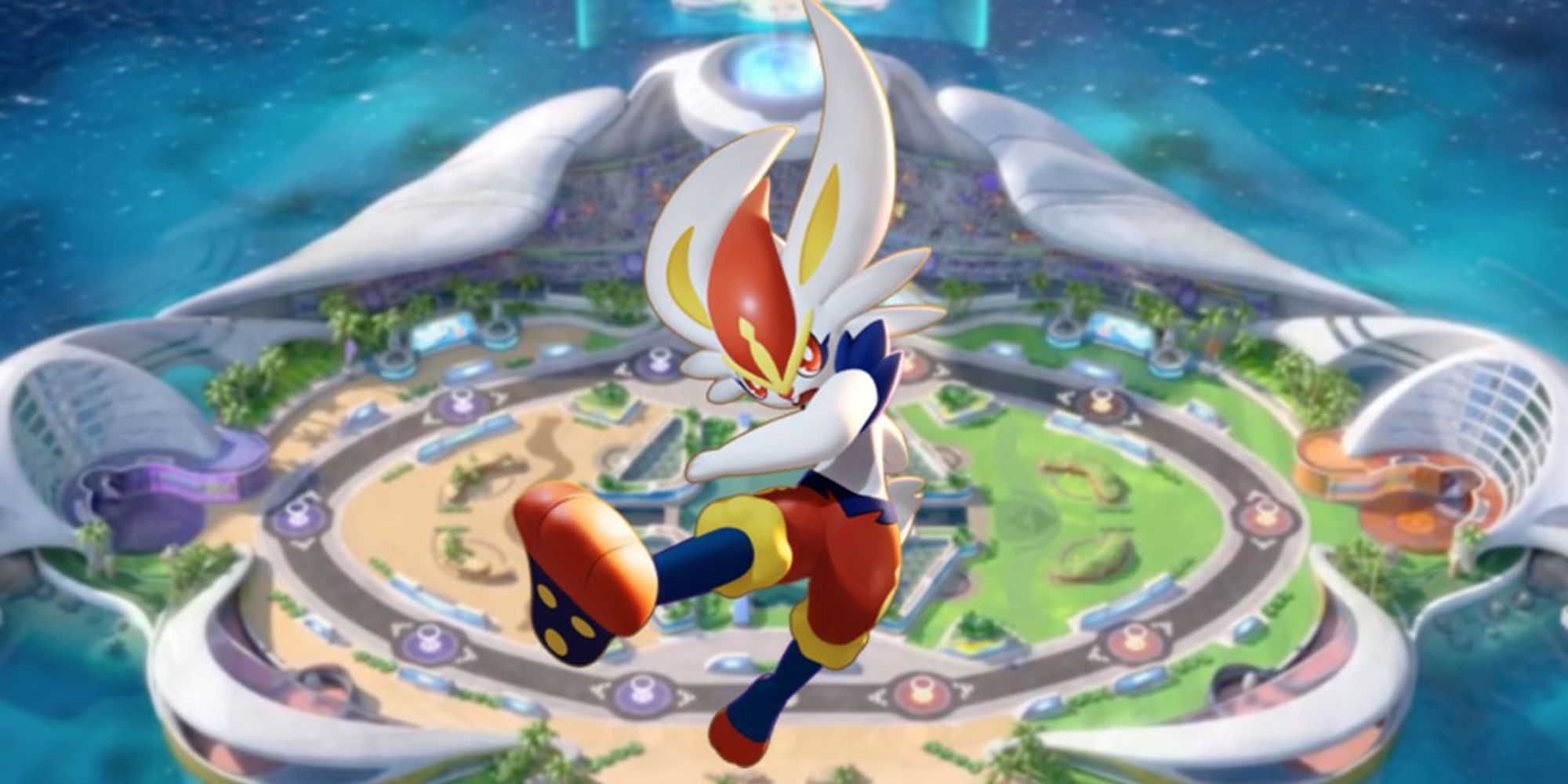 Cinderace being supported by Snorlax is a classic lane that has proven itself over the past year. Cinderace has trouble at the start of the game due to his low damage so the protection that Snorlax gives him is ideal, allowing him to reach his Hyper Carry potential. On the bottom lane a well-played Lucario will be a menace against pretty much any lane with Eldegoss healing and buffing his movement speed, allowing him to catch up to Pokemon that are trying to retreat.

As far as the late game goes, this team has some pretty decent diving capabilities with Machamp and Lucario, with Snorlax protecting Eldegoss and Cinderace. The biggest threat to this team composition are heroes that have a lot of disables and can kite Machamp and Lucario when they try to dive. 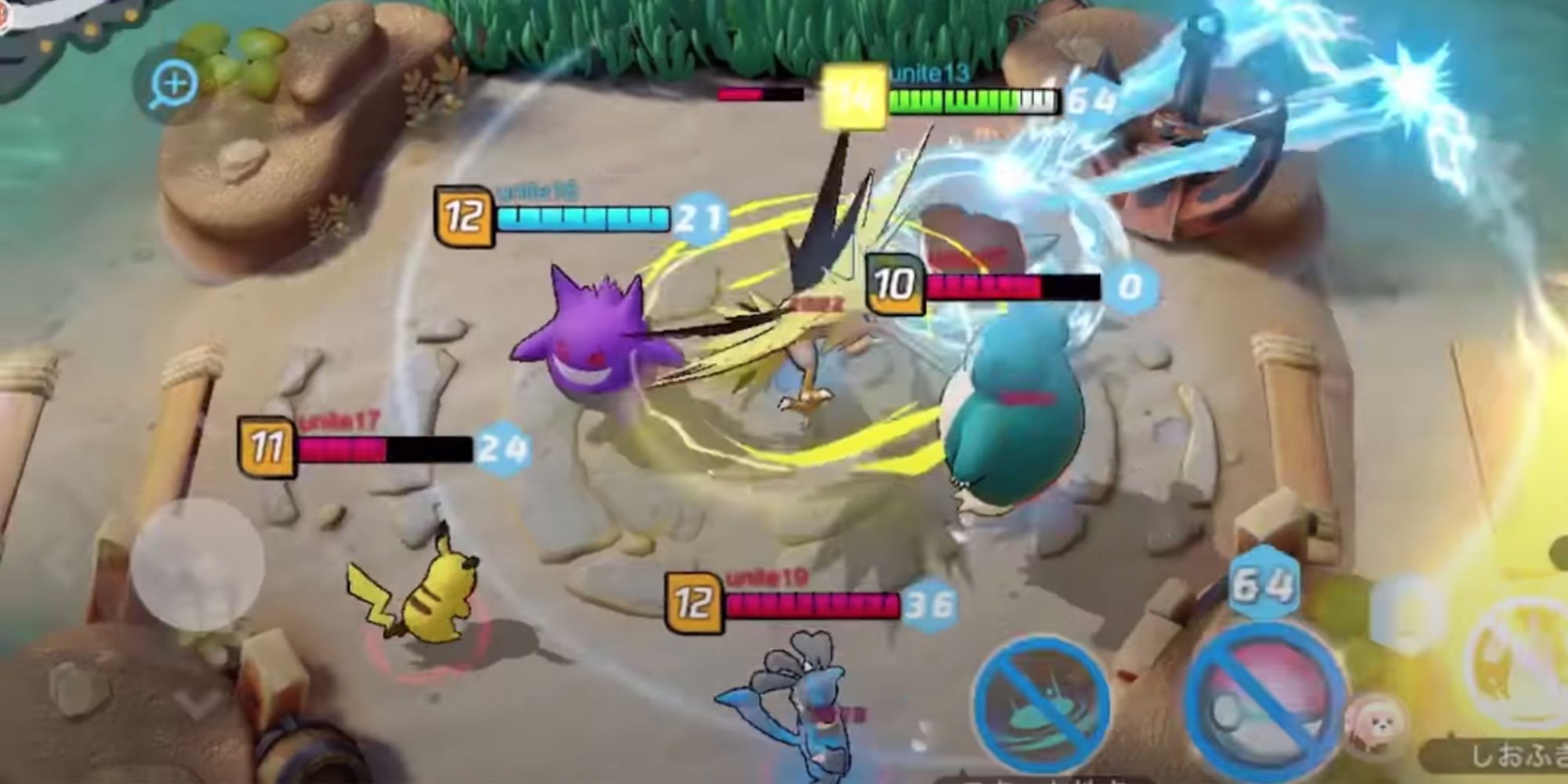 This backline focused team has Cinderace in the jungle position, Cramorant, and Snorlax on top lane and Eldegoss with Slowbro on the bottom lane. In the laning phase Cramorant can use Snorlax as a meat shield in order for him to spam his special attack abilities. The same pretty much goes for the bottom lane, with Eldegoss dishing out some damage while also healing Slowbro when needed.

This team composition reaches its true potential in the late game with both tanks protecting the backline while Cinderace and Cramorant tear the enemy team apart with Eldegoss keeping everyone alive. Teams with heroes that can dive and quickly burst down your backliners will prove challenging, but that can be solved with proper positioning. 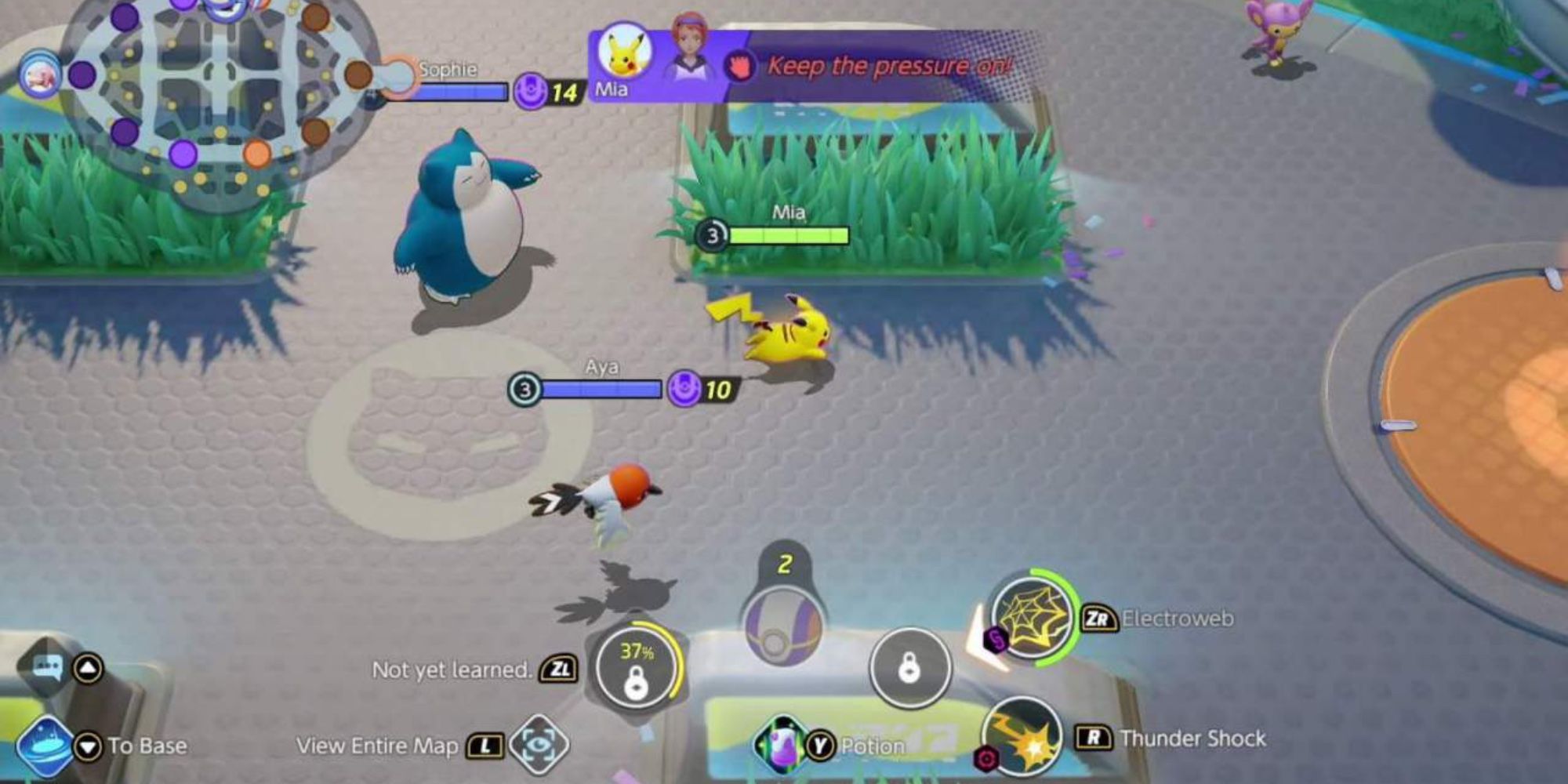 If you're a fan of quick fights where your only goal is to destroy your enemies as fast as possible, this is the ideal team composition for you. It has Cinderace in the jungle position, Alolan Ninetales with Snorlax on top, and Eldegoss with Lucario on the bottom lane. Throughout the early and mid-game Cinderace can pop out of the jungle from time to time in order to get some easy kills. This is especially viable on the top lane where the slow spells that Alolan dishes out will give your Cinderace plenty of time to nab a kill or two.

When it comes to lategame fights, focusing the correct enemy hero is tantamount to your success. If you don't the fact that you have only one tank means that any prolonged fight will usually end with a loss for your team.