Each playable Pokemon in the game Pokemon Unite falls into a different category, determined by their stats and main role when playing in a match. One of the most crucial roles is the Supporter role, providing your allies with healing and assistance throughout the course of a battle.

The most recent addition to Pokemon Unite's roster, Clefable, falls into this category, possessing several abilities centered around supporting your teammates. We've put together your one-stop guide for this Pokemon, providing you will all the necessary information to dominate in all of your matches when playing as Clefable.

When To Pick Clefable 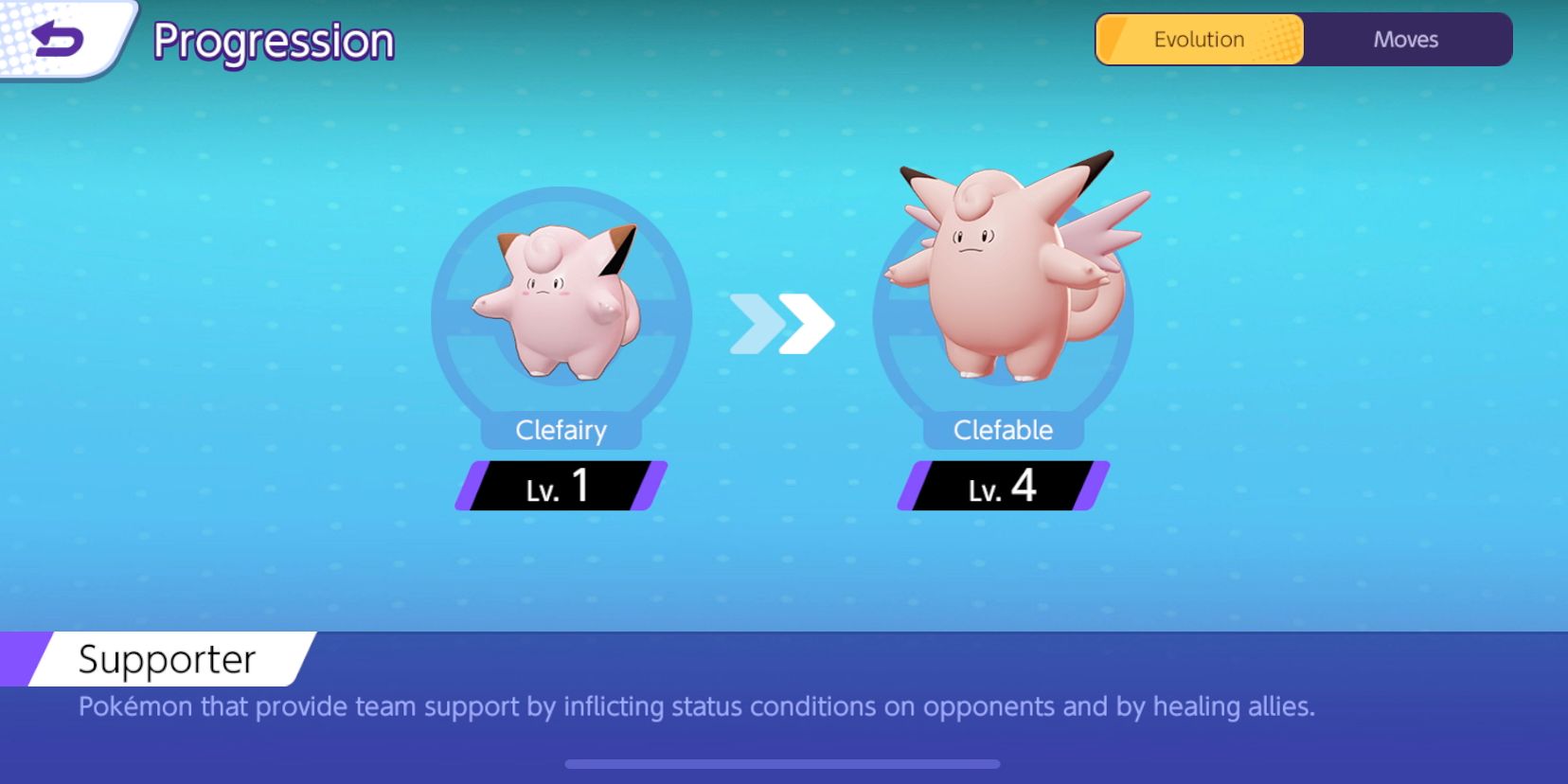 Clefable proves to be a true Supporter, possessing a kit containing several healing and support abilities used to assist your allies. Generally lacking moves that prioritize dealing damage, playing with your teammates is a must when selecting Clefable; finding the majority of its value when healing and supporting teammates.

That being said, when used properly, this Pokemon can provide an unparalleled amount of healing compared to other Supporters that are currently in the game. For this reason, make sure that you are grouped up with others whenever possible, giving your team a massive edge over the competition at the time of objectives and large team fights.

Proving to lack effectiveness when playing without the presence of your allies, make sure that you are choosing either the top or bottom lanes at the start of a match. This will ensure that you constantly have an ally by your side, making the most of Clefable's supporting-focused kit. 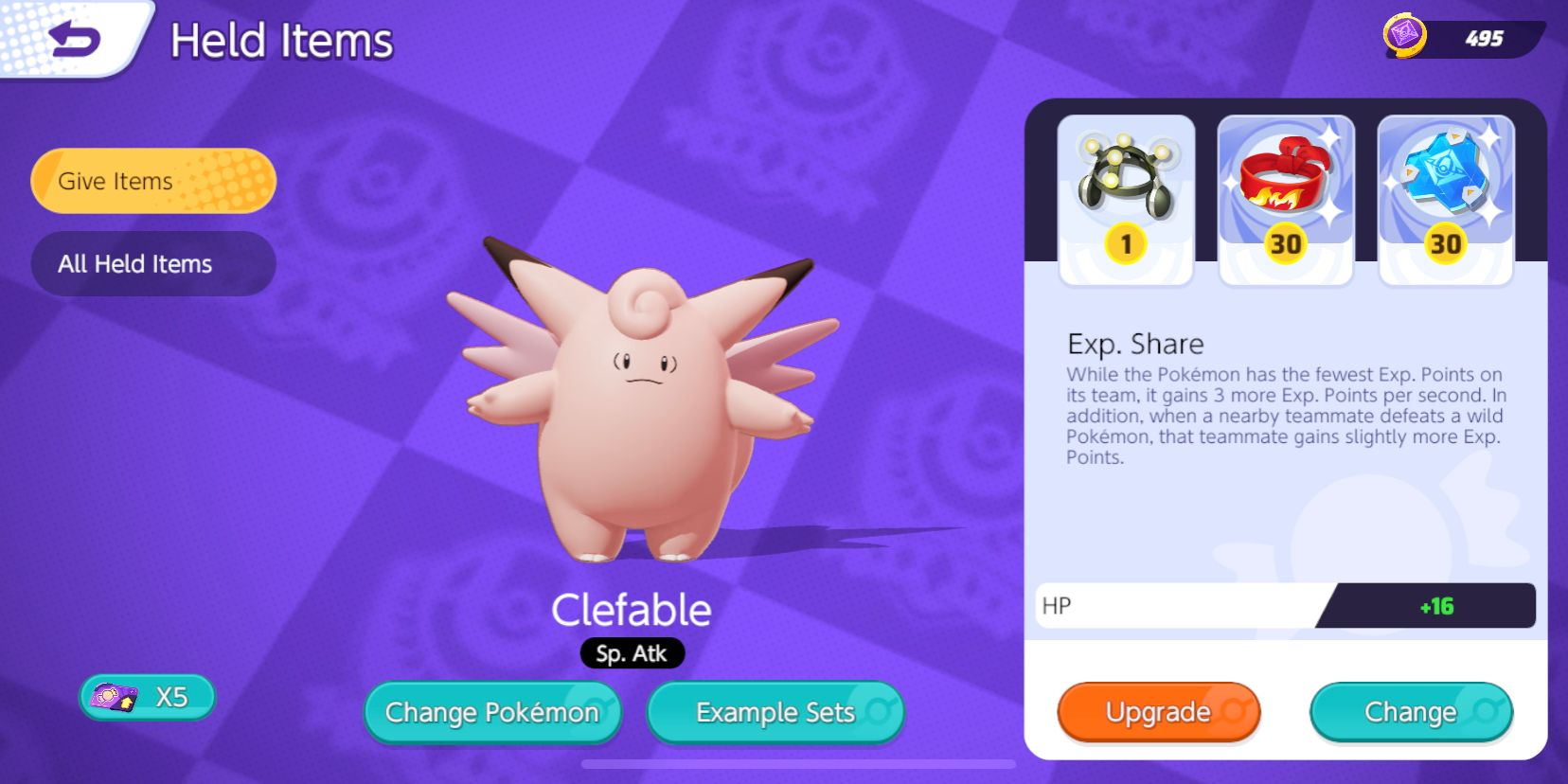 This build takes full advantage of Clefable's ability to heal and support its allies in battle, making it nearly impossible to knock out you and your allies when used properly. Stay close to your teammates at all times when using this build, creating an area that is nearly impenetrable by the opposition.

Use Moonlight to constantly restore the HP of you and your allies, boosting your movement speed for a brief time as well. Pair this with Gravity, creating a zone that slows enemies and disables any of their movement-based attacks. This combination allows for you to produce a "safe haven" for you and your allies, greatly increasing your survivability and allowing you to out-sustain the opposing team.

As far as Held Items go, it is recommended that you are using the Exp. Share item, increasing the rate of your allies' overall XP gain while also increasing your movement speed. Pair this with other Held Items that further increase Clefable's endurance, including choices like Focus Band and Buddy Barrier.

For your Battle Item, Slow Smoke proves to see a great deal of success when paired with this build. Use this when enemies are trapped in your Gravity Zone, furthering their vulnerability and likelihood of being knocked out by you and your allies. 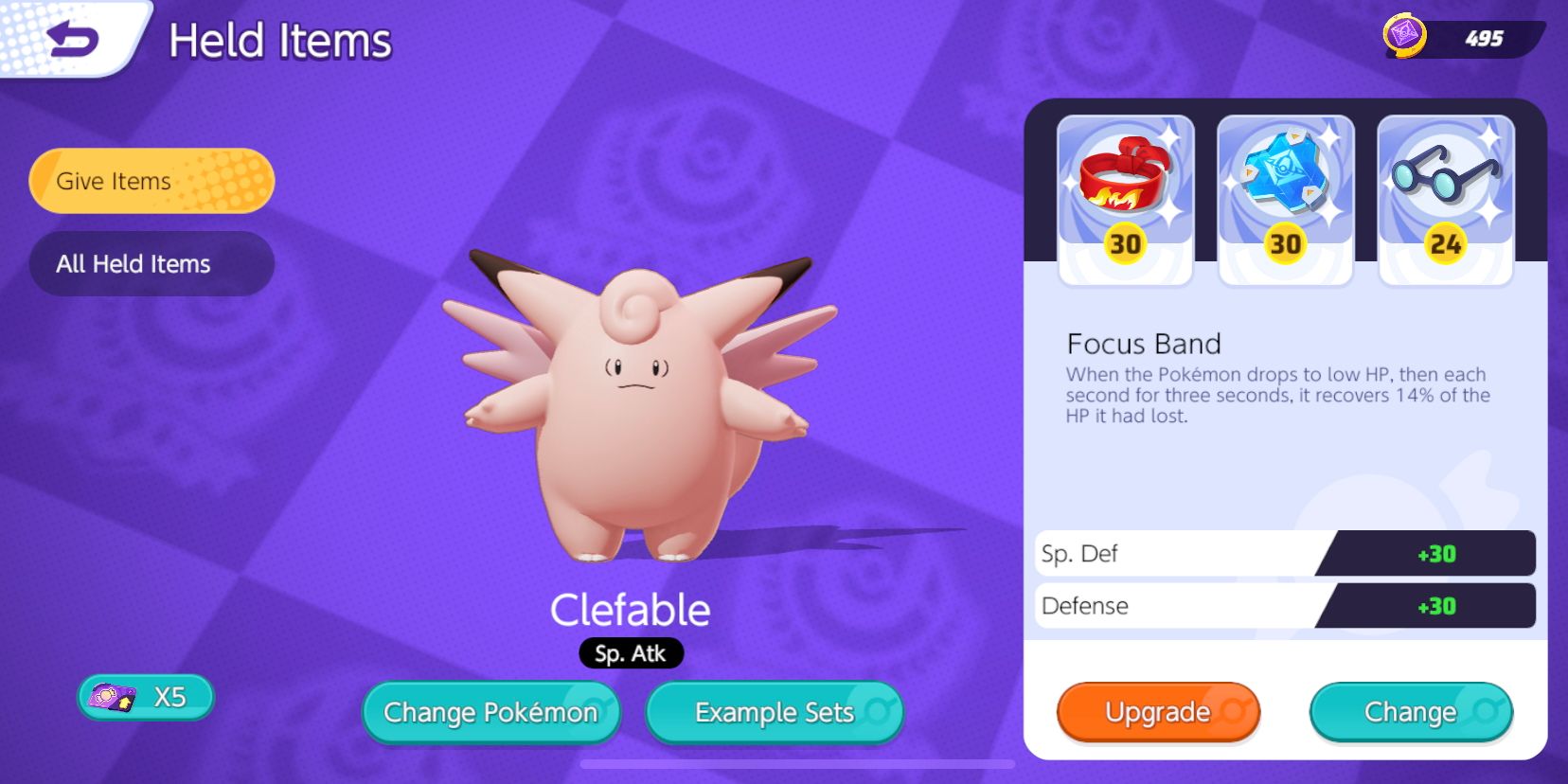 This build proves to be slightly more offensive than the previous build, but overall still focuses on supporting your allies. Use this build to distract and damage your opponents, taking their focus off your allies, often leaving them in vulnerable positions where they can easily be knocked out by your teammates.

Opt for Follow Me here, forcing an enemy to stop what they're doing to use their Basic Attacks on you. Extremely unique compared to other moves currently in the game, this serves as an effective way to help your allies that are being heavily targeted by the enemy. Pair this with Draining Kiss, dealing damage to those around you while also providing you and your allies health regeneration. This scales with the amount of damage that you deal, so its effectiveness is maximized when used on multiple enemies at once.

Due to this build centering around distracting and enduring the attacks of your opponents, it is recommended that you use Held Items that further Clefable's survivability, including items like Focus Band and Buddy Barrier. Pair these with a Held Item that increases your Special Attack stats, providing you and your team with more health regeneration when using Draining Kiss.

It is recommended that you use a Battle Item that provides you with additional mobility, giving you a way to move toward vulnerable teammates or retreat from dangerous situations quickly. X-Speed or Eject Button both work here extremely well. 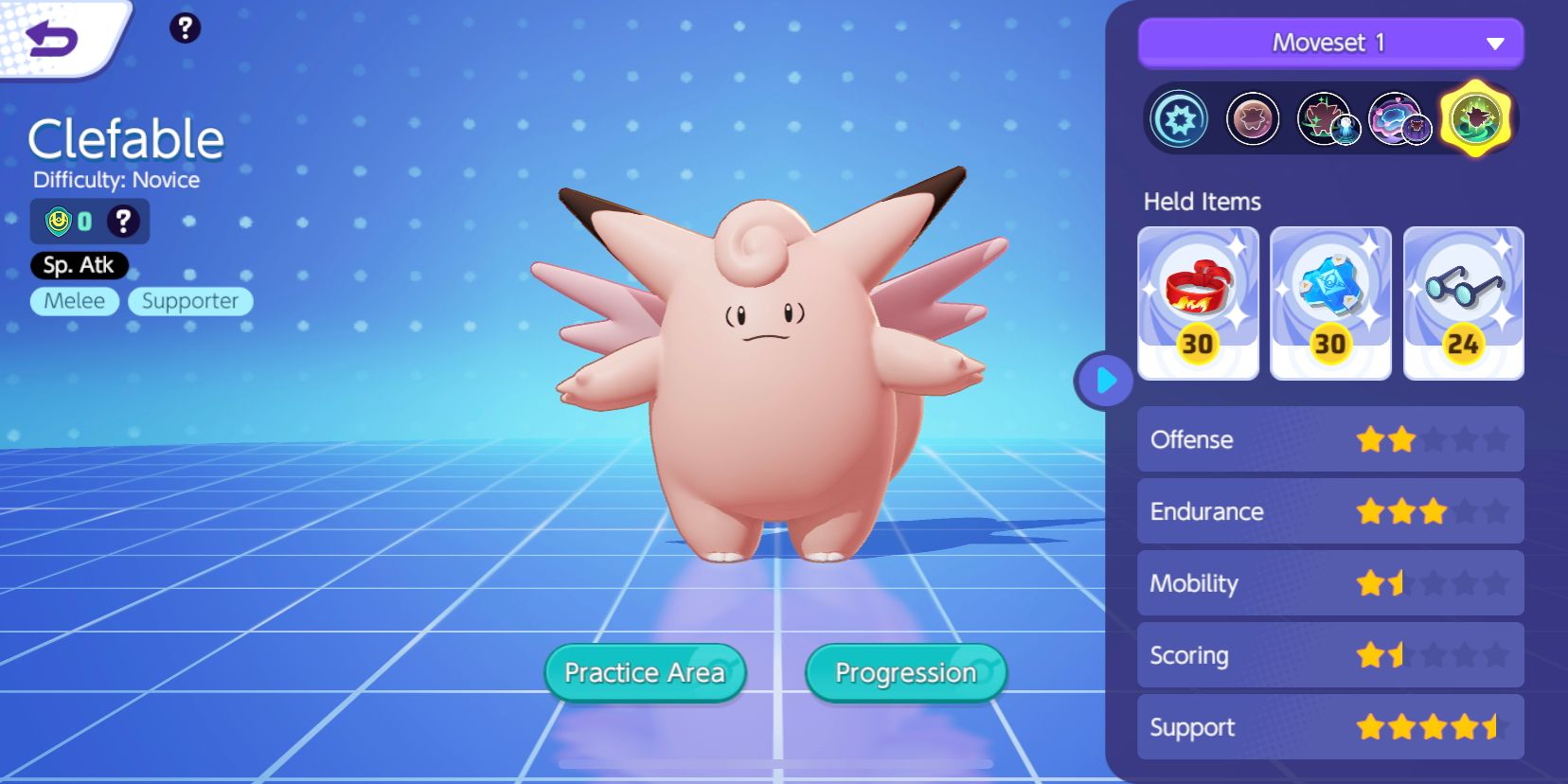