Pokemon Scarlet & Violet just revealed the games’ duo of Professors, and boy, do those crafty artists at Game Freak know what they're doing. Pokemon's first four Professors were all just dull men, there to give a sense of authority and eccentricity, and ground the game as a scientific endeavour, not just a bloodsport. Black and White’s Unova gave us Juniper, and changed the pattern. A younger woman, Juniper was ripe for fan art, and the community obliged. The smouldering, brooding Sycamore kept this rhythm, as did the bare chested Kukui. The elderly Magnolia was out of sync, but this was merely a fakeout to lead the way for Sonia to step in. Legends: Arceus’ Laventon is a throwback Professor, but order has been restored with Sada and Turo in Scarlet & Violet.

Pokemon knows exactly what it's doing with these professors. Sada looks like a more punk version of Raquel Welch in One Million Years BC with her torn garments, firm abs, and jagged undercut, while Turo looks like a cyber daddy with his rugged beard and effortlessly coiffed hair. I'm calling it early – these are going right to the top of the Hottest Professors list, and Gen 10 will need an absolute smokeshow to depose them.

Don't let their good looks fool you though. While the trailer offered a brief glimpse at the two, official artwork released in tandem with the trailer provides far more detail. As you might have noticed in my earlier description, cavewoman and cyberprof don't exactly seem like fitting themes. That, and the obvious differences in design and inspiration between the two Legendaries – one seems far more metallic and futuristic, the other earthy and natural – suggests the game will take place in two time periods. The biggest question now is how exactly that works. 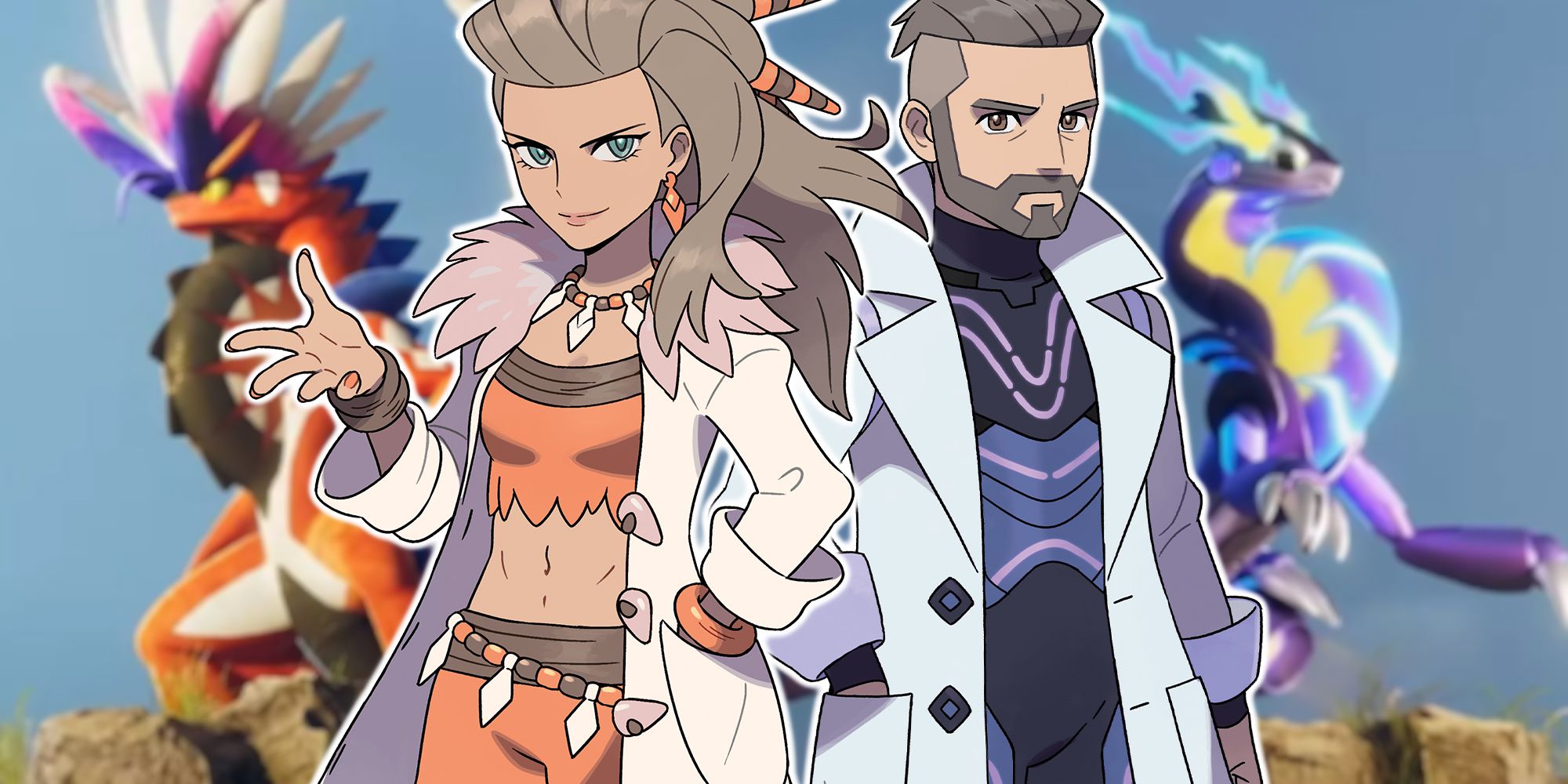 Legends: Arceus is clearly acting as a blueprint for Gen 9 here, so it might be that we spend some time in the past, with Sada as our Prof, and some in the future, where we report to Turo. Two games in one, combining for a single adventure that spans aeons. It could also be two distinct games, however. Legends: Arceus is the first mainline game ever not to have a symmetrical title alongside it, and there have long been complaints from fans about the cheap cash in from Pokemon selling two versions of the same game. What if this time that's not what's happening? What if Scarlet is set in the past, and Violet is set in the future? The two games may follow the same basic outline, but contain different characters, different versions of the settings, even completely different Pokemon.

If that's the case, I'll be adventuring through Pokemon Scarlet with Professor Mommy, but I'd have no objection to Daddy having joint custody of me if the time periods are two parts of the same game. There's always a chance that, just as you were teleported through time in Legends: Arceus, so was Sada in Scarlet & Violet – it's not like we always need to be the main character of everything, you know – but either way, it suggests Pokemon is trying to think differently and not just give us Iberian themed versions of trusty old Pokemon Red & Blue. With open world exploration not tied to the storyline, it feels like things are wide open. 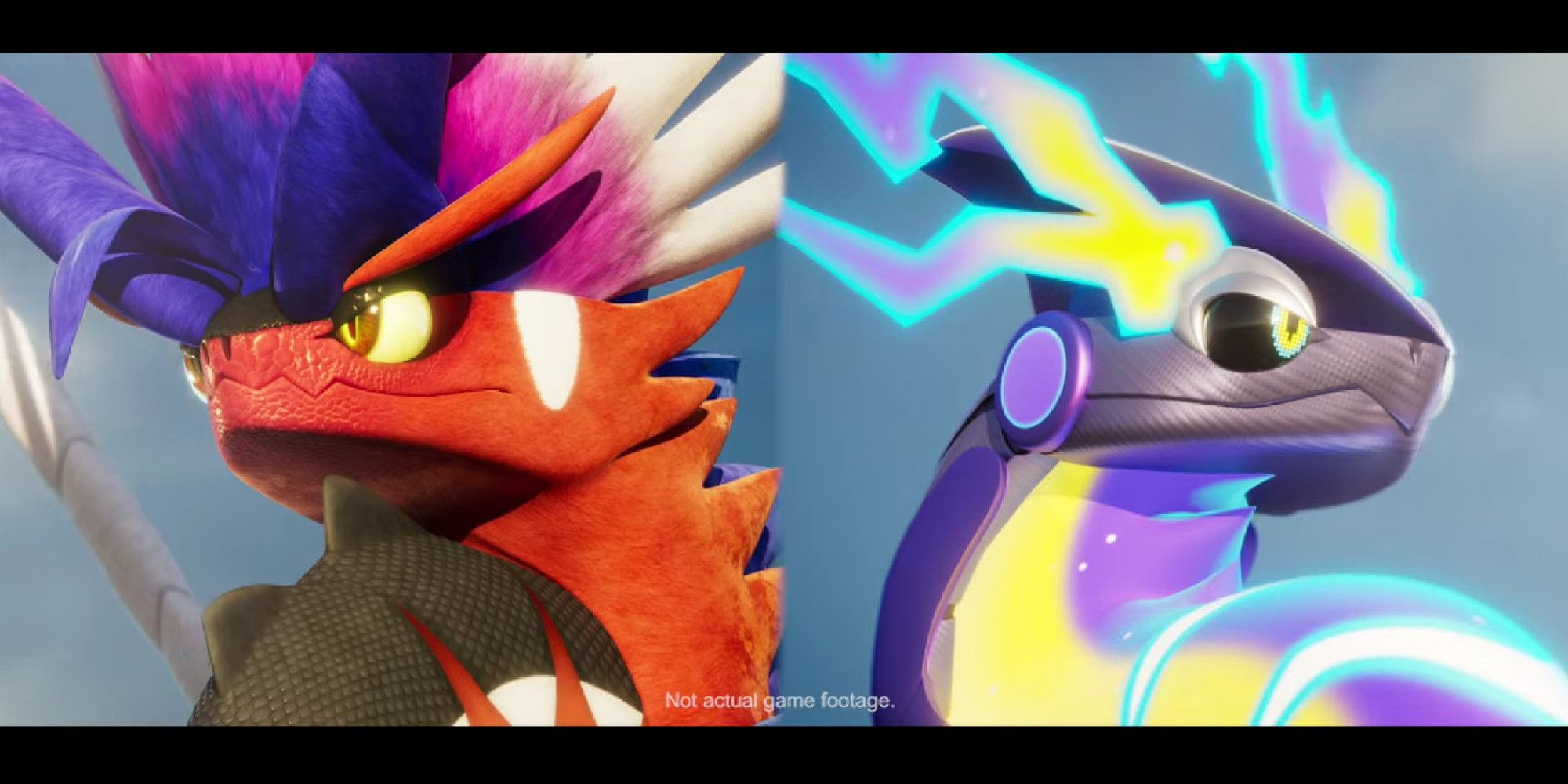 I've been afraid to get my hopes up for Pokemon, especially after Galar wasted its potential, titles were being delayed left and right, and Pokemon always finds a way to sabotage itself. But god help me, Pokemon just became my most anticipated title of the year again, and not just because of Professor Sada. But like, still mostly because of Professor Sada. Mommy? Sorry.