Fictional jewelry pieces from either films or video games have captivated many, but if you ever wondered just how much they would be worth in real life you now have the answers. This comes from Taylor &Hart, a jewelry company. Its experts broke down the top ten most expensive bling for us. Of course, surprising no one, Princess Peach’s iconic crown from Nintendo made the list.

According to the list, Peach’s crown features a £60 million Peach Sapphire and two turquoise Paraiba tourmalines. Total worth is an estimated £240,000,000. No wonder Bowser kidnapped her so much. It also makes one wonder, how the Mushroom Kingdom is home to such an expensive piece.

The crown also never seems to come off Peach’s head. A price tag like that would make greedy Wario’s eyes light up with dollar signs, so one must wonder how she’s kept a hold of it all these years. 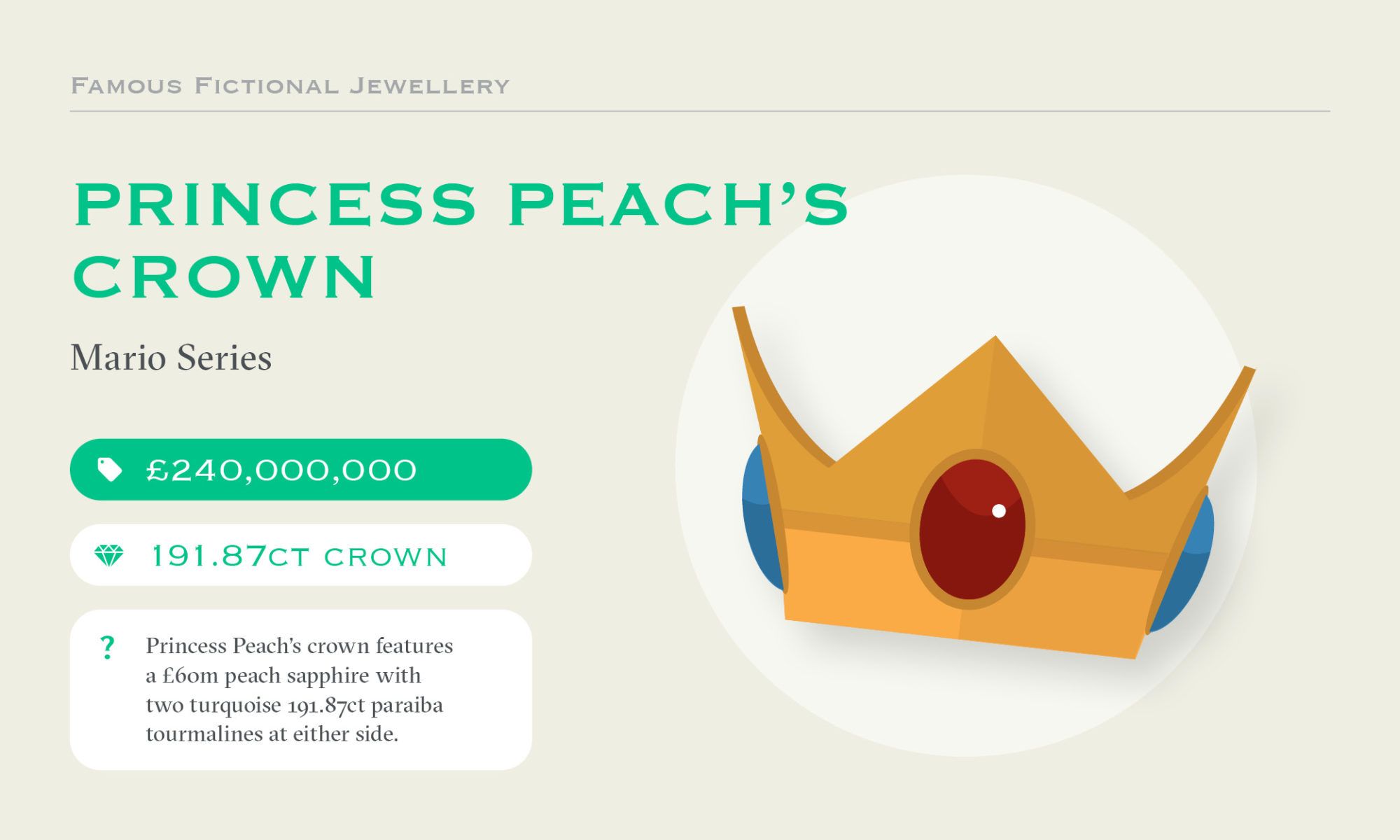 Beating out the Mushroom Kingdom’s prized tiara is the Heart of the Ocean from Titanic. The 45.52 ct diamond is actually based on The Hope Diamond. Its movie version is worth slightly above Peach’s crown coming in at £245,000,000.

Rounding off the top three most expensive fictional jewelry items is the Infinity Gauntlet that Marvel big-bad Thanos wore for much of Infinity War and Endgame. It is actually made out of a fictional metal called Uru. The real-life metal used would be 18CT Gold, including all the various Infinity Stones. 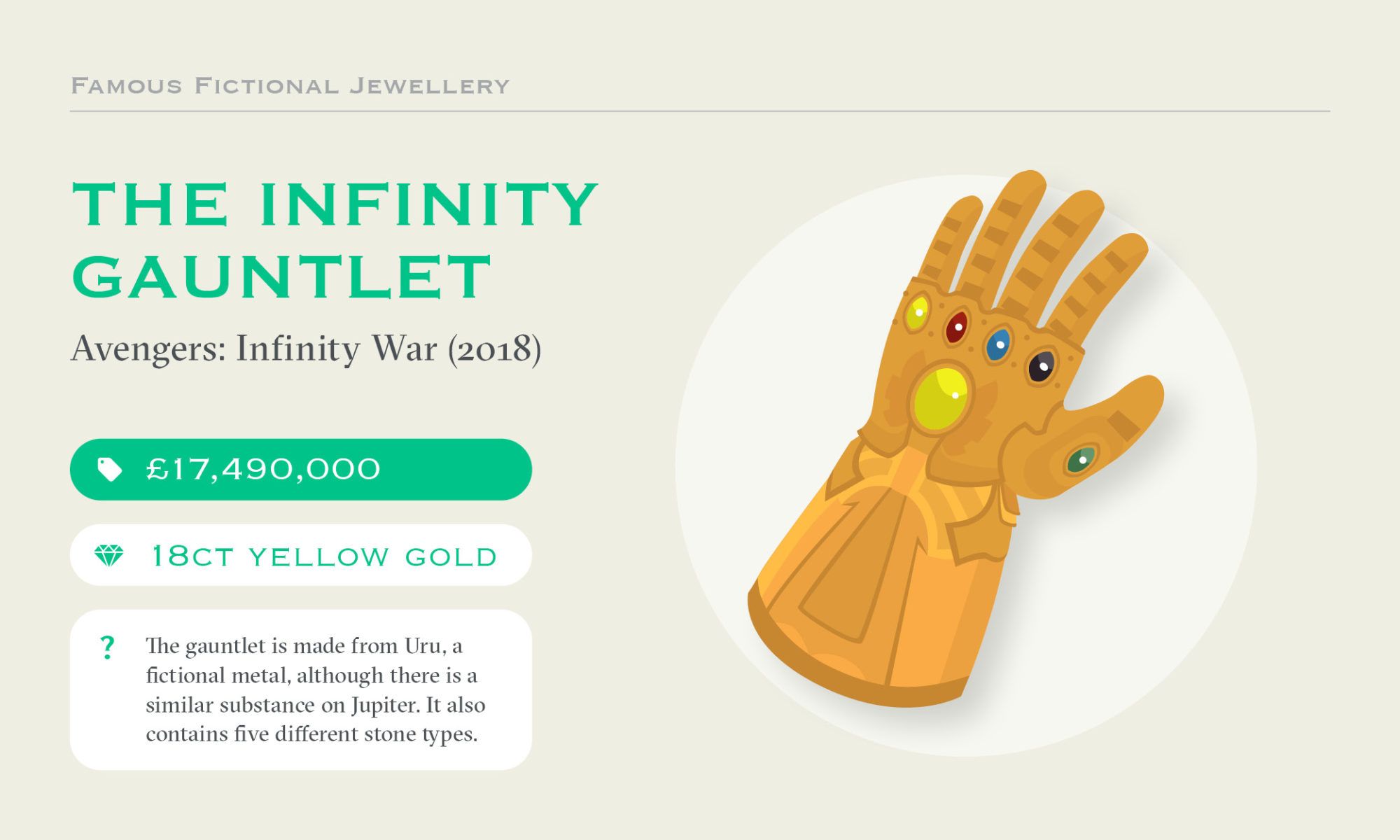 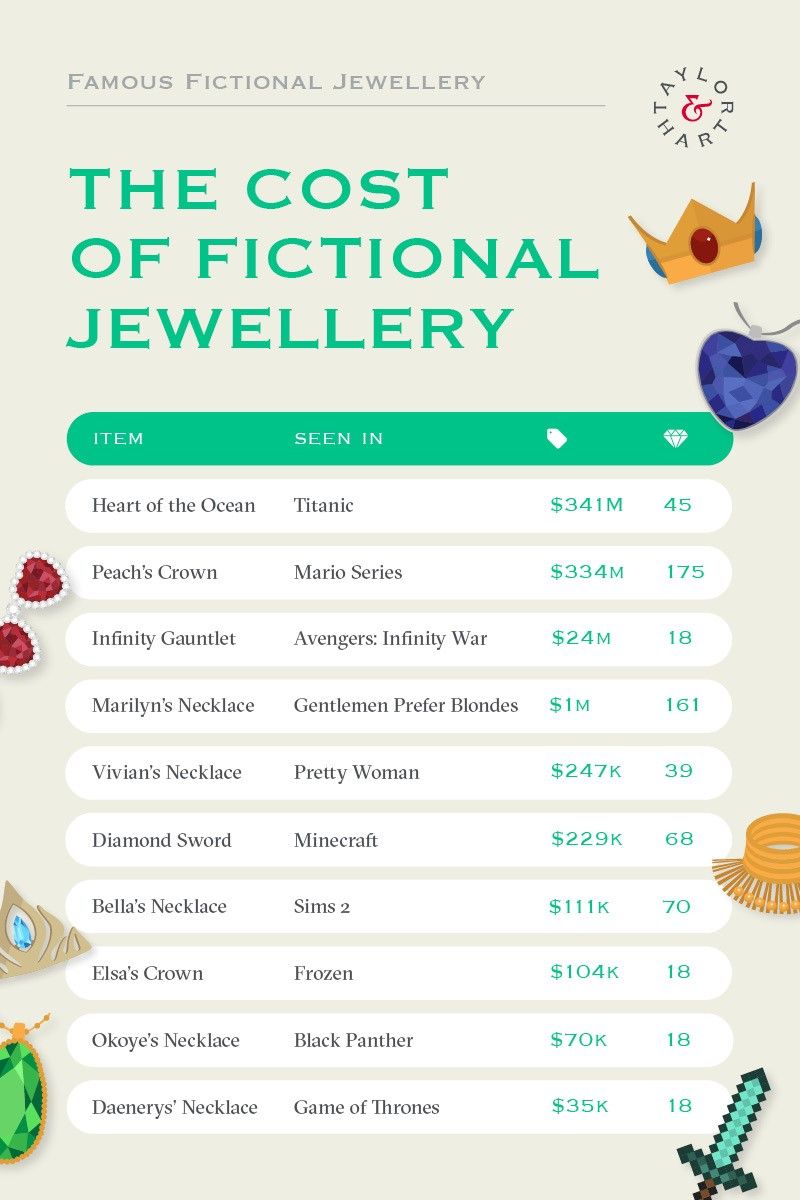 Missing out on earning a spot in the top five, is The Diamond Sword from Minecraft. It came in at the number six spot worth £165,000. Taylor & Hart also note that a diamond that size has never been found. As such, you would also need 2,272 of them to even make a sword that size. Bella Goth’s necklace from The Sims 2 also made the list and would worth £80,000.

There are many other interesting pieces on the list to also check out. While many of us may never earn the real thing, you can at least enjoy them in video games.