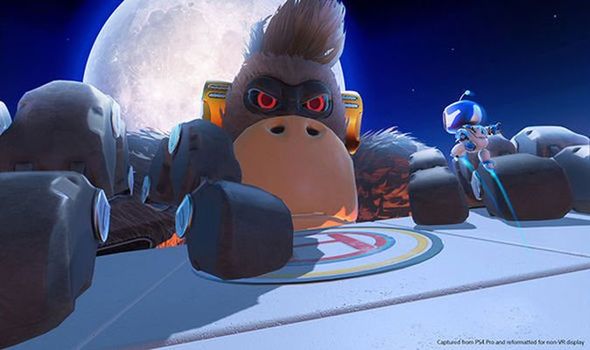 That’s the news that’s been shared online and appears to have been corroborated by a few gamers.

The good news is that it seems anyone might have been chosen to receive a free PlayStation code.

The bad news is that it doesn’t appear to be a very big pool, meaning your chances are slim to be one of them.

But if you are, you may have received a free copy of one of the best PlayStation VR games currently available.

Astro Bot: Rescue Mission was very well received by both VR gamers and reviewers, who gave it top marks for its gameplay.

The virtual reality pool of games is still very small Astro Bot still managed to stand out from the crown.

It’s a great advertisement for PSVR, and it’s great to see Sony trying to get people to try virtual reality on their console.

The only downside is that if you don’t like VR games and receive a copy of Astro Bot, you may feel a bit hard done by.

To have a chance of being chosen for one of these free PS4 game codes, you need to have made it possible for Sony to send you promotional emails.

This will mean given Sony permissions to send you stuff via your email address, and there’s a good chance it won’t always include voucher codes.

“I already gave up and know they will never send me these or the wallet vouchers ones,” one user writes.

“They don’t even send me the discount ones, but I have a nice and shiny new one announcing the CoD Modern Warfare 2v2 Alpha that I don’t care about at all.

Another PS4 gamer writes “Same. I think it’s because we purchase stuff on the store too often or something similar and thus their algorithm doesn’t want to give us nice things.

“Sony wanna draw in new customers to spend on the store, so they chuck them a discount voucher, much like Spotify does if you let your subscription lapse for a while and they offer you to come back for three months for the price of 1.”

There’s no way of knowing how people are chosen for these PlayStation promotions past the point of signing up for the promotions program.

Here is what the email says, according to those who received one: “Free game just for you! No catch… No strings, We’re just giving you a free PlayStation VR game.

“Download the Award-Winning Astro Bot Rescue Mission and blast off on an epic adventure to save Captain Astro’s missing crew-bots.

“Use your exclusive voucher code at the PlayStation Store now.”

Here’s what Liam Martin of Express Online thought of the PSVR game, writing in his review: “On par with the very best the genre has to offer, Astro Bot Rescue Mission is a playful platformer that oozes inventiveness.

“As the name suggests, you control a robot named Astro, whose been tasked with rescuing hundreds of missing bots and finding the scattered pieces of a spaceship.

“Despite having full control over Astro within the game, you actually exist as a separate entity, moving forward on rails as you guide your bot buddy around the wonderfully constructed stages.

“This leads to one or two unique situations in which you battle bots with Astro while simultaneously dodging enemies that have targeted you. You can even interact with stages directly, breaking through barriers and bashing levers with your head.”