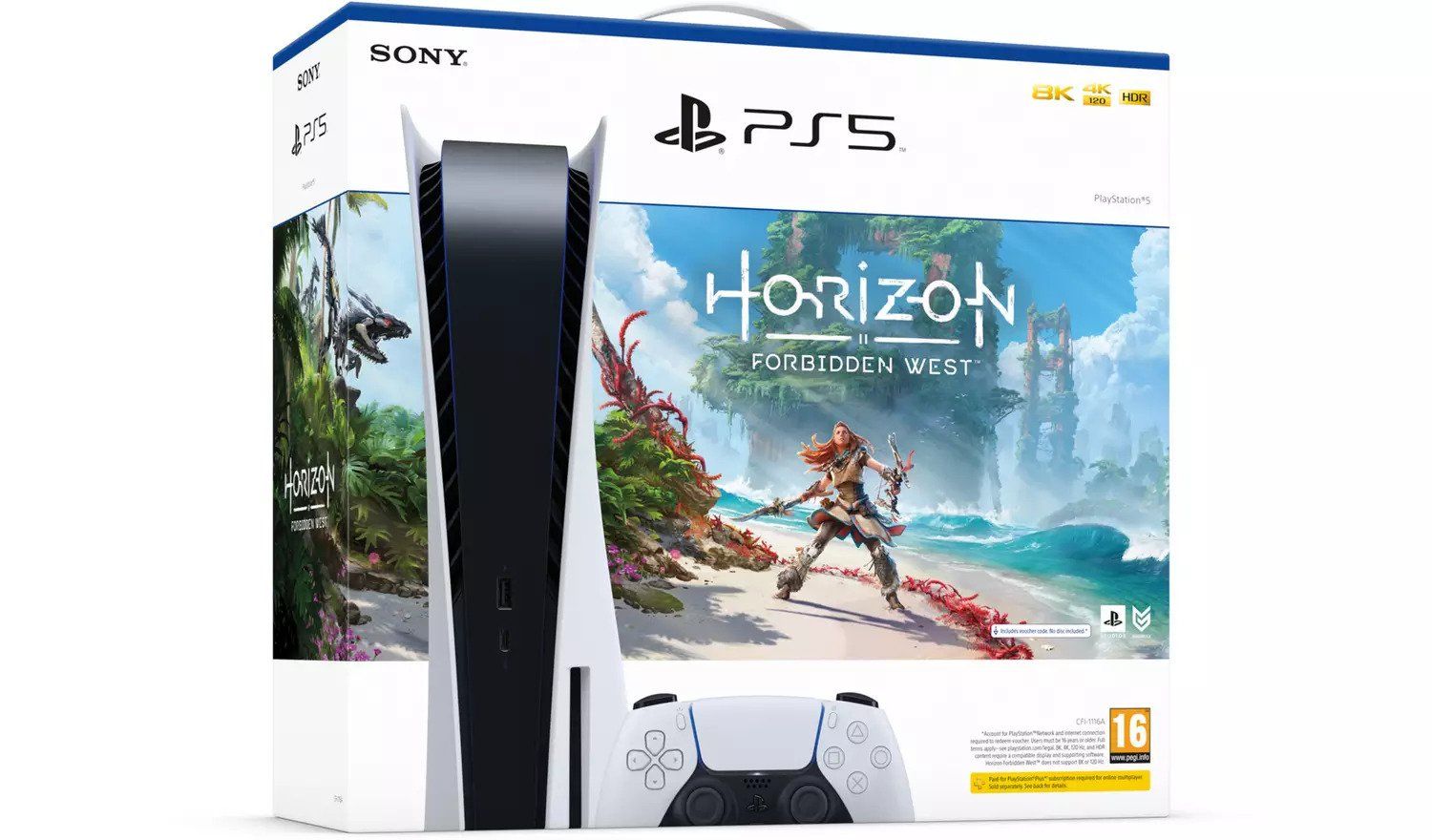 Sony has released a new hardware bundle for the PS5, including one of its most recent game for a small but welcome saving.

To say that a new PlayStation 5 bundle is out now does come with the very obvious caveat that, like buying the console on its own, it’s almost impossible to find in shops.

As we write this though the bundle with Horizon Forbidden West is still in stock at Argos, at £499.99 for the standard version and £409.99 for the digital edition. That stock is unlikely to last long but it is proof that it has now officially launched in the UK.

Sony hasn’t officially announced the bundle, but it includes either flavour of console and a digital copy of Horizon Forbidden West. Since that normally costs £69.99 it means you make a saving of £19.99 on buying it as part of the bundle.

The scarcity of the console, and the fact that the game usually costs £70, means any sort of saving is both unexpected and very welcome, but there is the complication that you can still buy the PlayStation 4 version of the game, which is £10 cheaper, and upgrade to the PlayStation 5 version for free.

Sony was criticised for not advertising this fact more at launch but either way this bundle is still cheaper and if it what wasn’t for the stock shortages would probably be extremely popular.

It’s not the only hardware news that Sony has been slow to advertise, with reports from Japan suggesting that there is a new version of the console on the way, with updated Wi-Fi components.

It won’t make much difference but it’s enough that it’s been given its own series model, CFI-1200, and is expected to become the standard version once stock has filtered out to the rest of the world.

At the moment it’s going through the certification process in Japan, but Sony is never likely to refer to it publicly, as it’s only a minor revision.