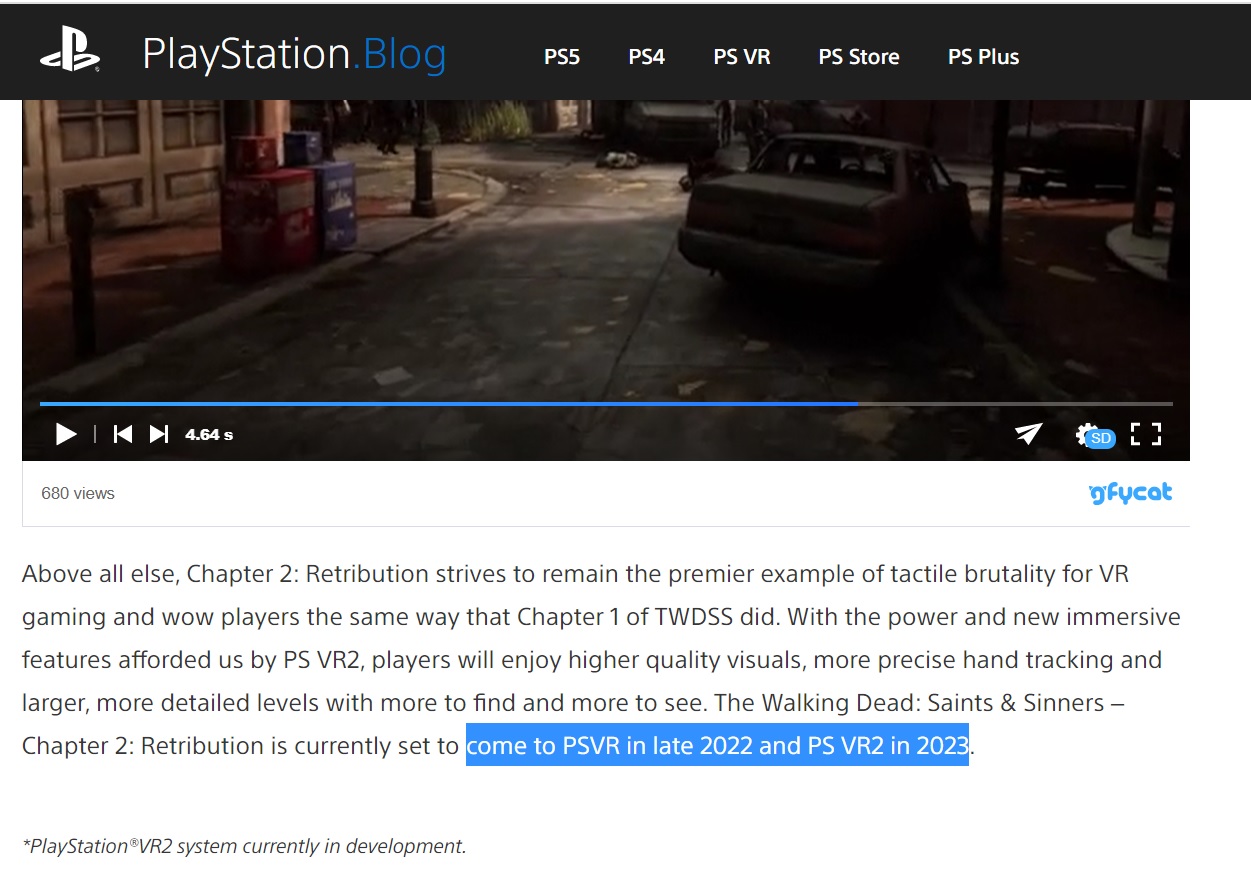 Between launch details for the Walking Dead game and Resident Evil 4, it looks like the PSVR2 will be out next year, but not before April.

While Sony’s PlayStation VR2 was a major focus of the most recent State of Play, it was never actually shown in use and there was no update on its price or release date.

However, in one of its post presentation updates, Sony seems to have accidentally given away its release date, as 2023.

Aside from being a contender for one of the wordiest titles ever for a video game, it was already announced for the Oculus Quest 2 (sorry, Meta Quest 2) and is now slated to be both a PlayStation VR 1 and 2 game.

Developer Skydance Interactive shared new information on the game’s New Orleans setting, changes from the first game, and how its release on PlayStation VR2 will let you ‘enjoy higher quality visuals, more precise hand tracking and larger, more detailed levels with more to find and more to see.’

This matches up with what an analyst claimed only a couple of months ago. At the time, they said Sony had to internally delay the PlayStation VR2 into 2023 because it’s struggling to get the parts needed to manufacture it.

We checked the blog posts for the other VR games shown during the presentation and most of them don’t mention a release date at all.

The one exception is the Resident Evil 4 remake, which is slated for March 24, 2023. Its VR capabilities won’t be available at launch, which further narrows down the PlayStation VR2’s release.

Barring any delays or schedule changes, the PlayStation VR2 could release as early as April 2023.

This means you can expect the likes of Horizon: Call Of The Mountain to launch at the same time.

There’s still no indication of price though, even in terms of rumours, which, given how advanced the headset is, remains difficult to guess.