After taking a hiatus with FromSoftware's last title, Trusty Patches makes his triumphant return in Elden Ring and is still the same insufferable trickster we all know and love. The inclusion of Patches in Elden Ring officially makes him appear in six games, and he relentlessly deceives you in every single one of them.

Even as one of the most dubious trolls in gaming, we still find ourselves having a soft spot for Patches and his antics. You can see his traps coming from a mile away and will still go along with it just to see what he's scheming. Love him or hate him, Patches is a crucial part of the Soulsborne universe and will keep coming up with new ways to mess with you. 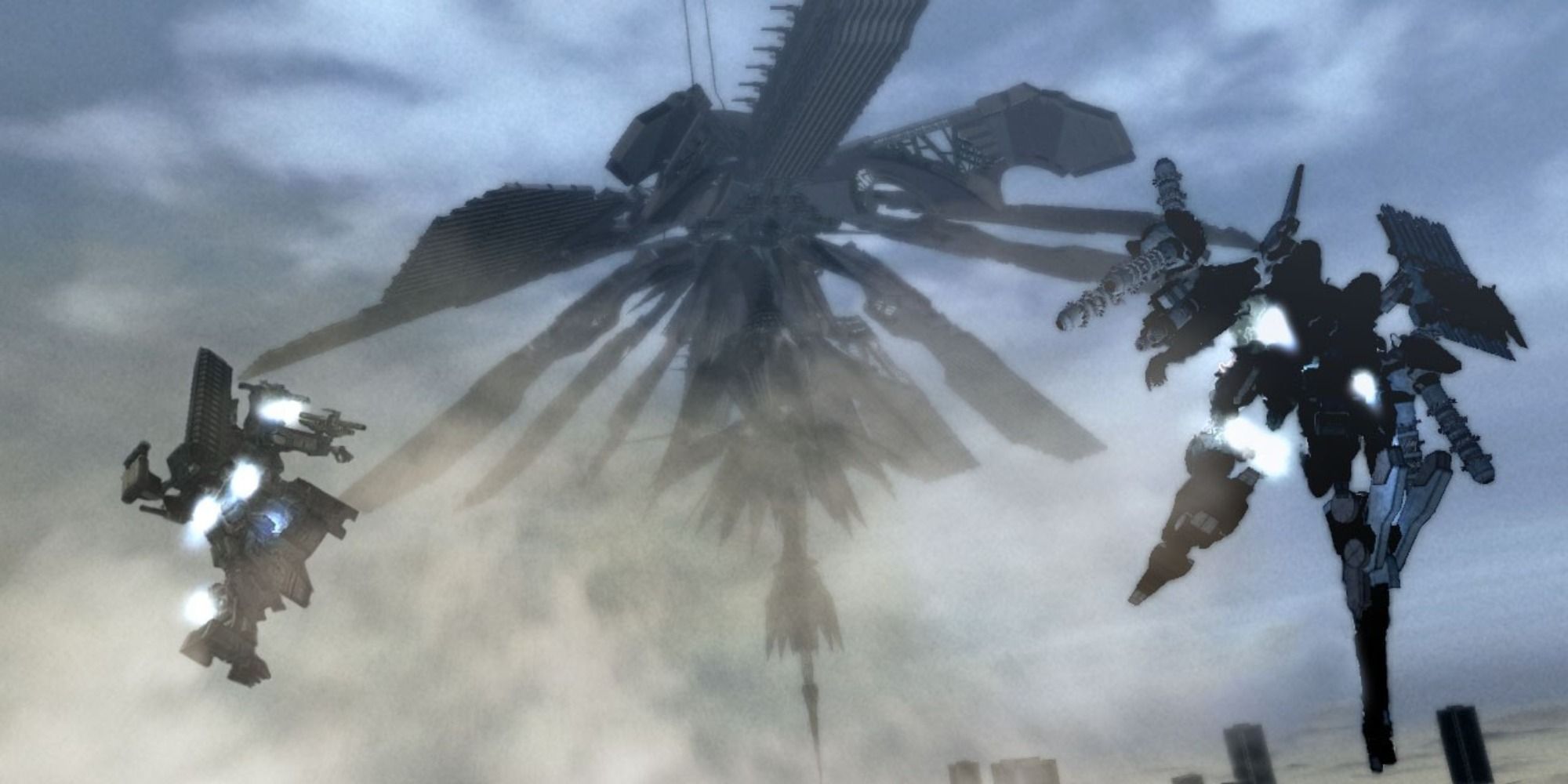 Before becoming the Patches we recognize today, his technical first debut was in Armored Core: For Answer, where he went by the code-name Patch the Good Luck. While he's not named Patches here, he's still the same annoying pest in a giant mech suit as he is squatting in front of a wall in the Souls titles looking like a melted thumb in armor.

In Armored Core: For Answer, Patch the Good Luck's mech is fitted with a sniper rifle and has the ability to scramble your radar, making him hard to pindown. His tactic is simple, shoot you from a great distance and head for the hills if you get wise to his location. Furthermore, the moment you gain the upper hand in the confrontation, Patch the Good Luck will beg and plead with you to stop and will forfeit. He's truly never changed since. 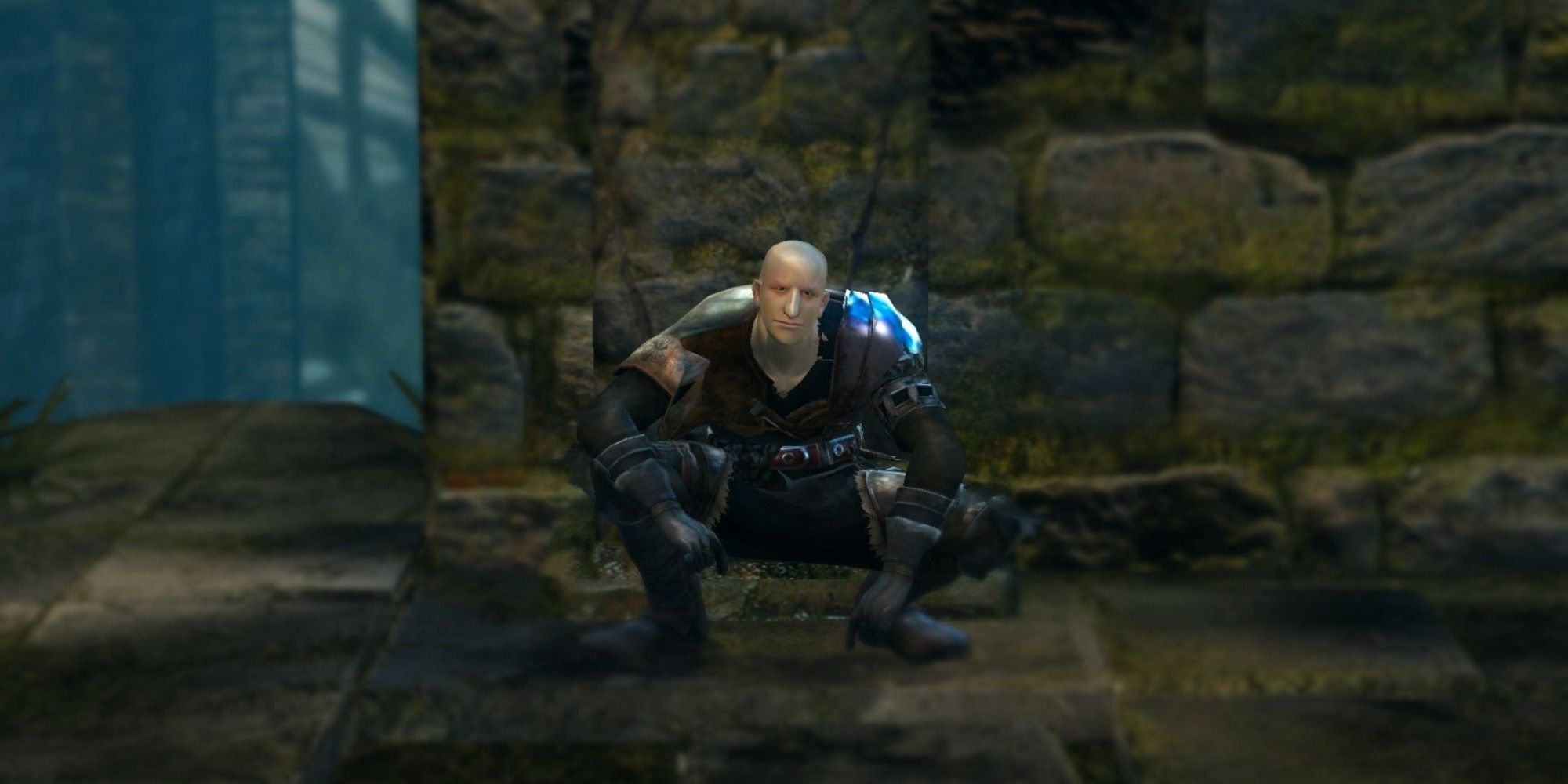 From pulling a bridge out from underneath you to kicking you into a pit with Hollowing Clerics, Trusty Patches makes you question his appellation the moment you meet him in Dark Souls. After trying to murder you, Trusty Patches will head to the Firelink Shrine as a merchant, selling the items he's presumably gathered from those who fell victim to his traps and unfortunately paid the ultimate price.

Attempted murder -and actual murder (presumably)- aside, Trusty Patches will give you valuable advice about Petrus and Lautrec, potentially saving you from great heartache later. Does this make him as "Trusty" as his name suggests? Perhaps not, but at least he remains put at the Firelink Shrine from this moment forward. 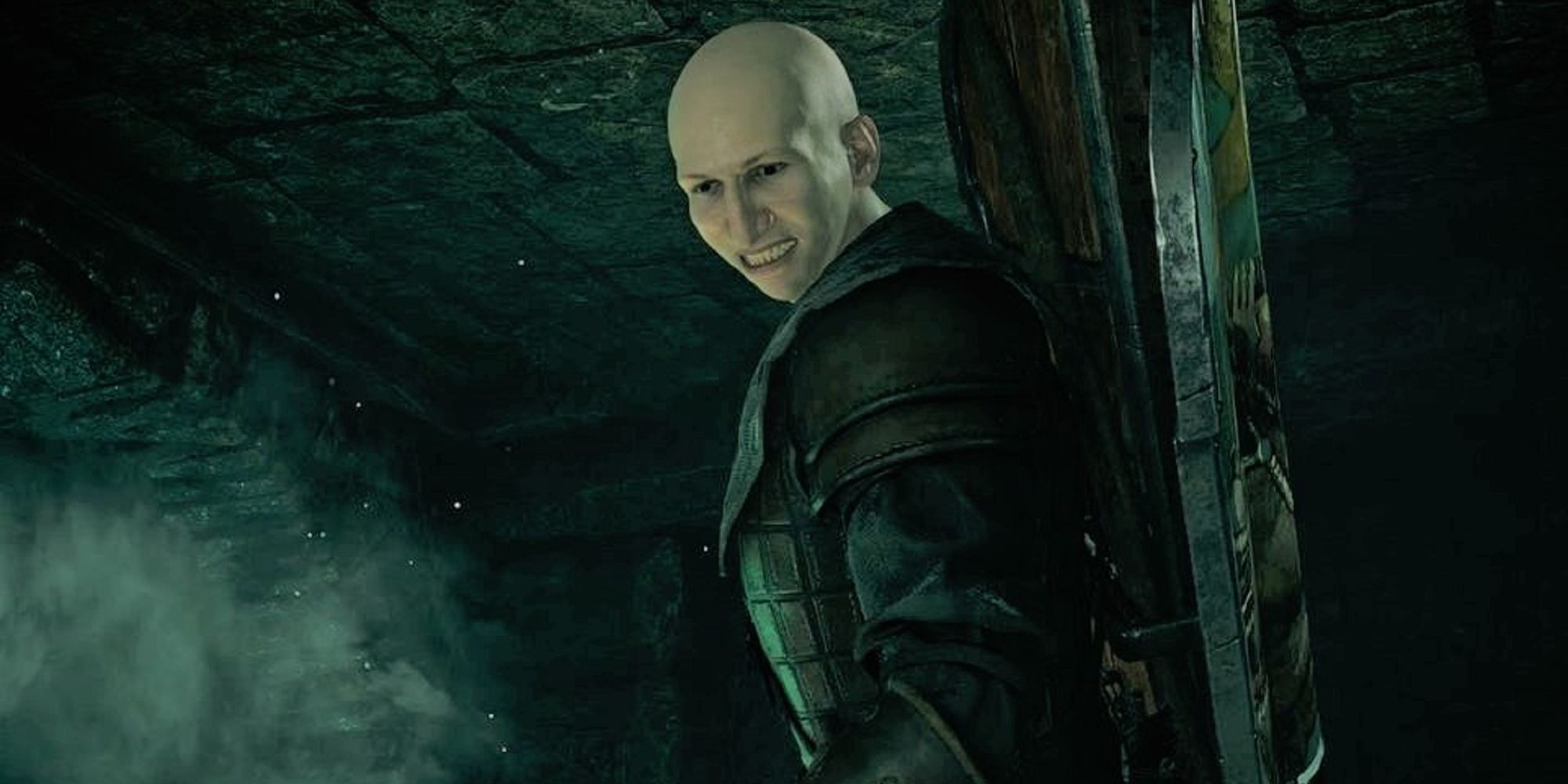 Thanks to the brilliant and stunning remake of Demon's Souls by Bluepoint, we get to see the smarminess of Patches the Hyena fully realized. Every sinister smirk and the insincere reaction he has to you making it out from one of his deathtraps is captured perfectly and makes the character rise to a whole new level of evil.

Much like the previous entry, Patches the Hyena will try to get you murdered by luring you into ambushes before retiring to The Nexus and selling you the goods he scavenged from his prey's body. Typically, we'd put Dark Souls' Trusty Patches over this version of the scoundrel, but the remaster breathes life into his wicked ways. 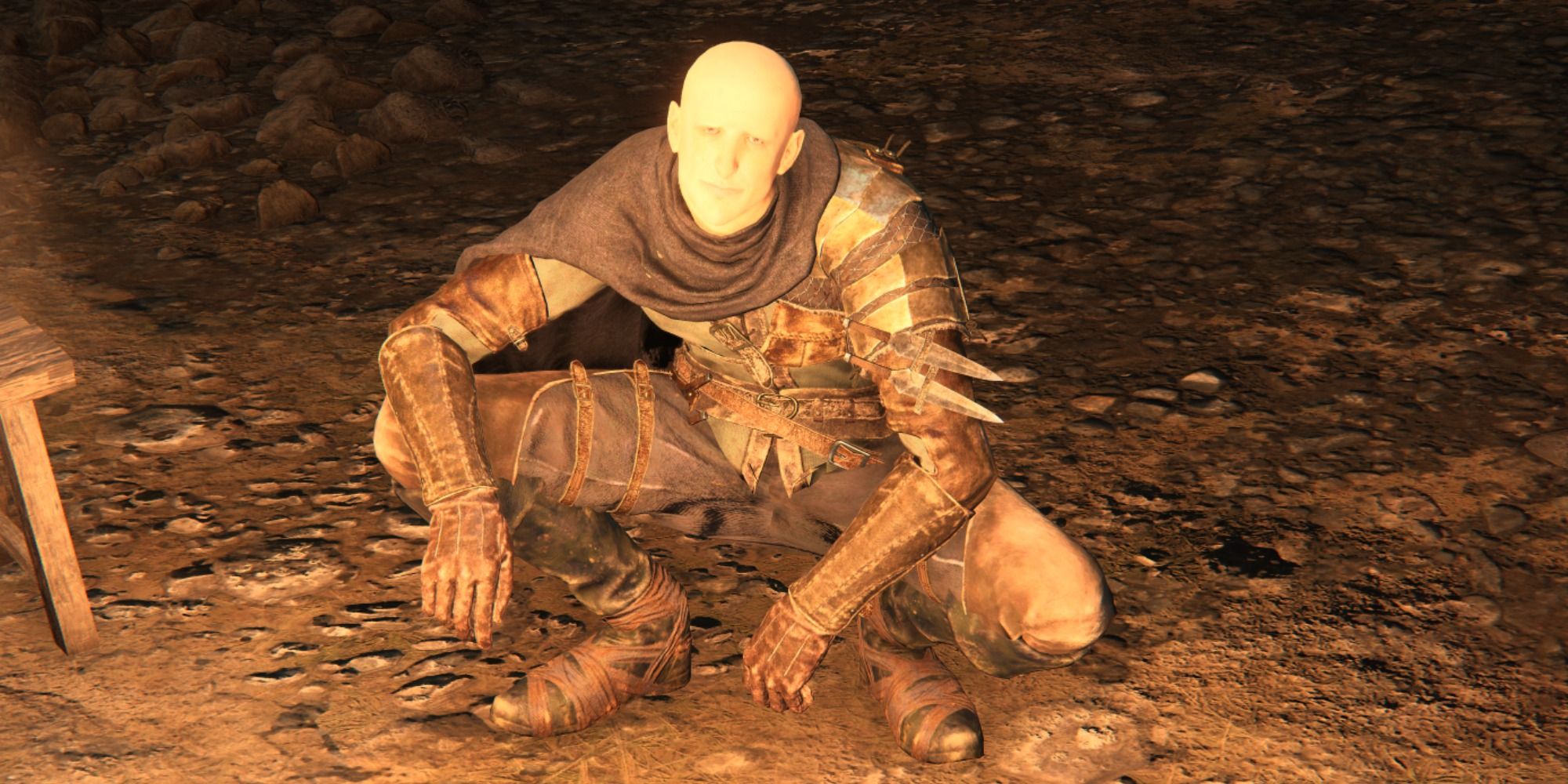 Instead of poking his nose into the affairs of other NPCs in Elden Ring, Patches has his own questline while also being the classic troll you know him as. In what could be seen as a nod to Patch the Good Luck from Armored Core: For Answer, you will first encounter Patches as a boss fight. And, much like in For Answer, he will forfeit the battle and beg you to stop the moment his health gets past halfway.

While much more involved in Elden Ring than most other FromSoftware titles, Patches seems to lack the absurd levels of depravity he had in past installments. Especially when compared to Dark Souls 3. Though, in his defense, his questline may not be finished as it spawns several loose ends when "completing" it. So, who knows, maybe this version of Patches will be the most unforgivable when all is said and done. 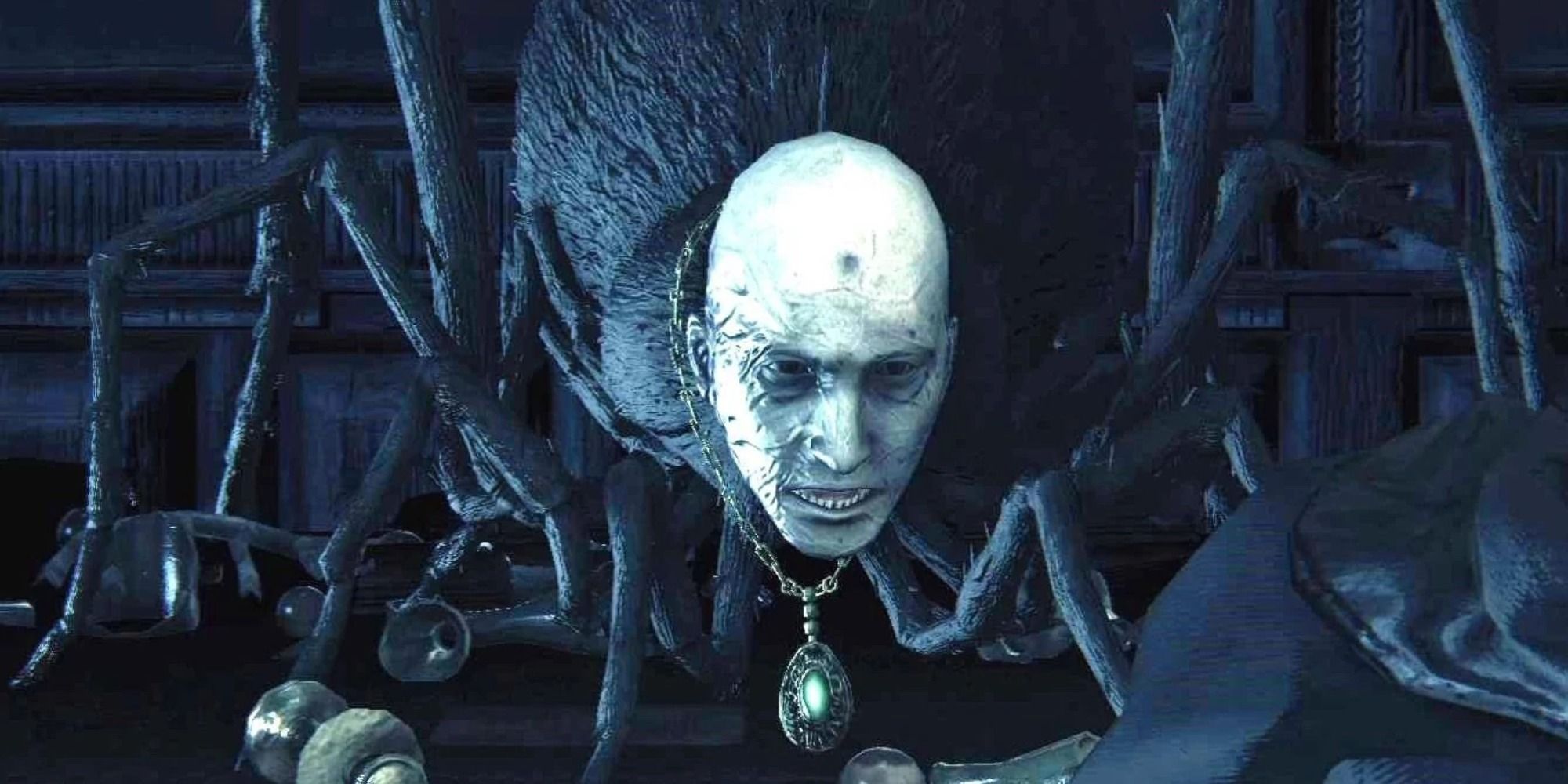 Vile is the word we'd use to describe Bloodborne's Patches the Spider. This towering spider with the head of a human is grotesque in every sense of the word. The way he scurries across his desk whenever you make it into his room is one of the more disgusting animations we've seen in any game, and we have yet to get to the antics he's up to this time.

Patches the Spider will crawl fast and stealthily up behind you before promptly pushing you into a poison swamp in an attempt to satiate Amygdala. He will also be located in several Chalice Dungeons, where he sells basic items for more than double the price, showcasing he still has the ability to swindle adventurers in their time of need. 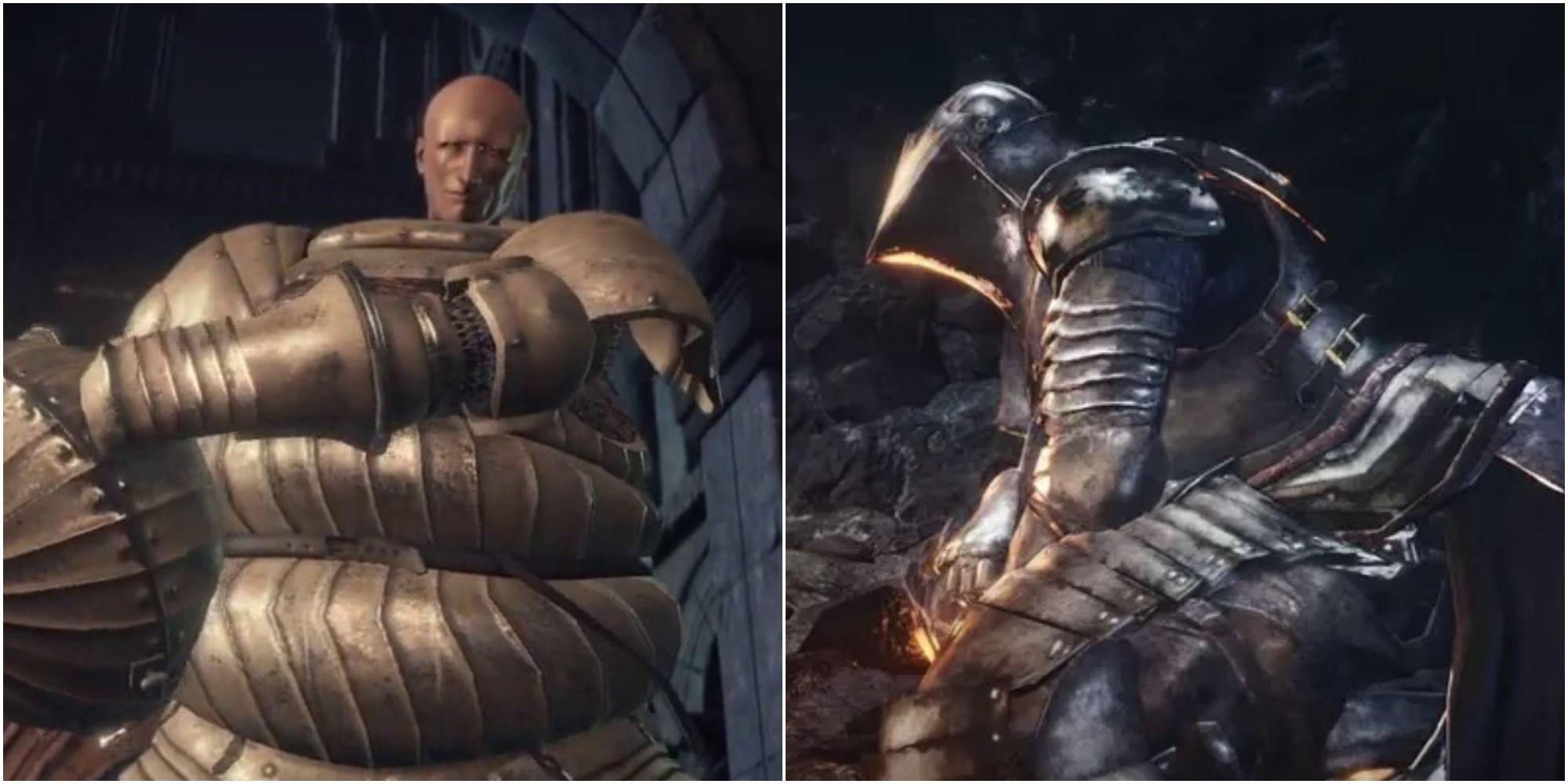 When it comes to the most despicable version of Patches, look no further than Dark Souls 3's Unbreakable Patches. He is out of control in this game and easily at the pinnacle of his debauchery. From trapping the poor Onion Knight in a well, stealing his armor, and lowering you into an area with several giants, he shows you pretty early that he's done simply kicking you in the rear and off a short cliffside.

If that wasn't enough, he takes things a step further in the Ringed City expansion and takes on the role of a completely different, kind-hearted person named Lapp (translates to Patch in Swedish and Norwegian). Throughout this expansion, Lapp's goal is to recover his memory as he has amnesia and cannot remember who he is or what his goal is. However, the moment he regains his memory, he reveals that he's Patches and gives you one last boot in the rear, showing you the exit of the catacomb, bowing fittingly and true to character. Mischievous, vile, yet oddly kind when he wants to be.