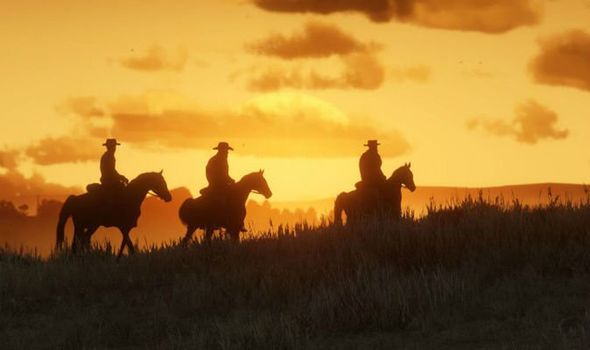 Without making much fanfare on social media, Rockstar Games has made it possible to pick up a very useful tool for gunslingers.

In fact, the only places that anyone is talking about the addition of the off-hand Rope Holster is among fans on Reddit.

The off-hand Rope Holster is a great item for those who want a guaranteed advantage over their enemies.

It makes it possible to dual-wield two weapons at once, providing a definite in firepower.

This is limited to dual-wielding shortarms on Red Dead Online, but there’s no doubt it’s a big multiplayer reward.

And what makes this such a great bonus to pick up on PS4 is that the usual unlock stage is Rank 25.

Gamers have been revealing that even under that rank, they have been able to equip the new holster.

The bad news is that some gamers are also revealing issues actually using the dual-wield option.

“So I got the off-hand holster as a gift from Ps Plus and only level 15,” one Red Dead Online gamer reports.

“I have a second pistol but don’t have the option to add it into the holster. Even when sitting on my horse it just shows the one pistol. On the weapon wheel and no option for Duel wield. Am I missing something?”

This issue is apparently affecting a lot of Red Dead Online and its unclear if it has something to do with the ranking system within the game.

“I’m thinking it’s a screwup on R*’s part (if you can’t dual wield when you put the holster on),” another fan adds. “It normally isn’t something you get till Rank 25. So, if they didn’t take the rank-unlock off, it wouldn’t be available till then.

“The way they wrote it, sounds like you should get both. But they’ve been known to write these announcements pretty poorly.”

It’s unclear how many people have been affected by this problem but it should be noted that the special holster is available for anyone to claim who has a PS Plus membership.

The official announcement in-game doesn’t mention anything about a level restriction, only that weapons like the LeMat Revolver, Sawed-off Shotgun and Mauser Pistol are compatible.

The Holster can be found in your wardrobe, under the weapon equipment section and must be claimed by August 5.

The bad news is that the same deal is not coming to Xbox One anytime soon. These rewards appear to be exclusive to PS Plus, with more expected over the coming months.

The official announcement explains: “We’re excited to share that in addition to these ongoing benefits, Red Dead Online players with a PlayStation Plus membership will receive special awards each month.

“Starting June 10, all players with PlayStation Plus that play Red Dead Online by July 8 on PS4 will get three free Treasure Maps. The award will be sent to you within 24 hours of your first play session.

“Visit the Post Office or your Camp’s Lockbox to retrieve the Treasure Maps and then use your Satchel to open them up.

“The Treasure Map will reveal a location on your Map to explore, ride out to the area and use Eagle Eye to search for your rewards, which could include Gold Nuggets, Cash, Ammo, Tonics, and Crafting Pamphlets.”

The good news for Xbox players is that there are other rewards available to pick up this week.

In a post online, the Red Dead Redemption 2 makers revealed: “In Red Dead Online, fortune shines on the bold and adventurous who roam the frontier in search of townsfolk to help, game to hunt, herbs to cook and Daily Challenges to complete.

“With seven new challenges each day of the week, simply complete a total of 10 Daily Challenges before July 16th to earn the Explorer Care Package, full of helpful items that will fuel your adventures across the Old West.

“Use these to quickly down man or beast. The package also includes 100 rounds of Varmint Cartridges – .22 calibre rounds designed for smaller animals – such as rabbits – with sure-fire performance.”