While not as prominent as he was in the PlayStation original, Nemesis is a constant threat to Jill Valentine throughout Resident Evil 3. The 2020 remake greatly downplays Nemesis’ presence, but he’s fought multiple times as a boss and Resident Evil 3 Remake’s interpretation of the Umbrella Tyrant highlights just how much damage Jill has to do to ultimately kill him. Nemesis is constantly seen mutating, becoming a greater threat every time he appears in Resident Evil 3.

By the end of RE3’s story, Nemesis has gone from a humanoid into a borderline demonic beast. Jill’s confrontation with Nemesis down in NEST-2 is downright horrific. Before taking on the final boss himself, Resident Evil 3 throws players against a mutated Nemesis down in NEST-2. The boss battle is tense and made more complex thanks to multiple distracting zombies, but the penultimate showdown with Nemesis plays on most of Resident Evil 3’s gameplay mechanics – making it one of the standout moments in the game. 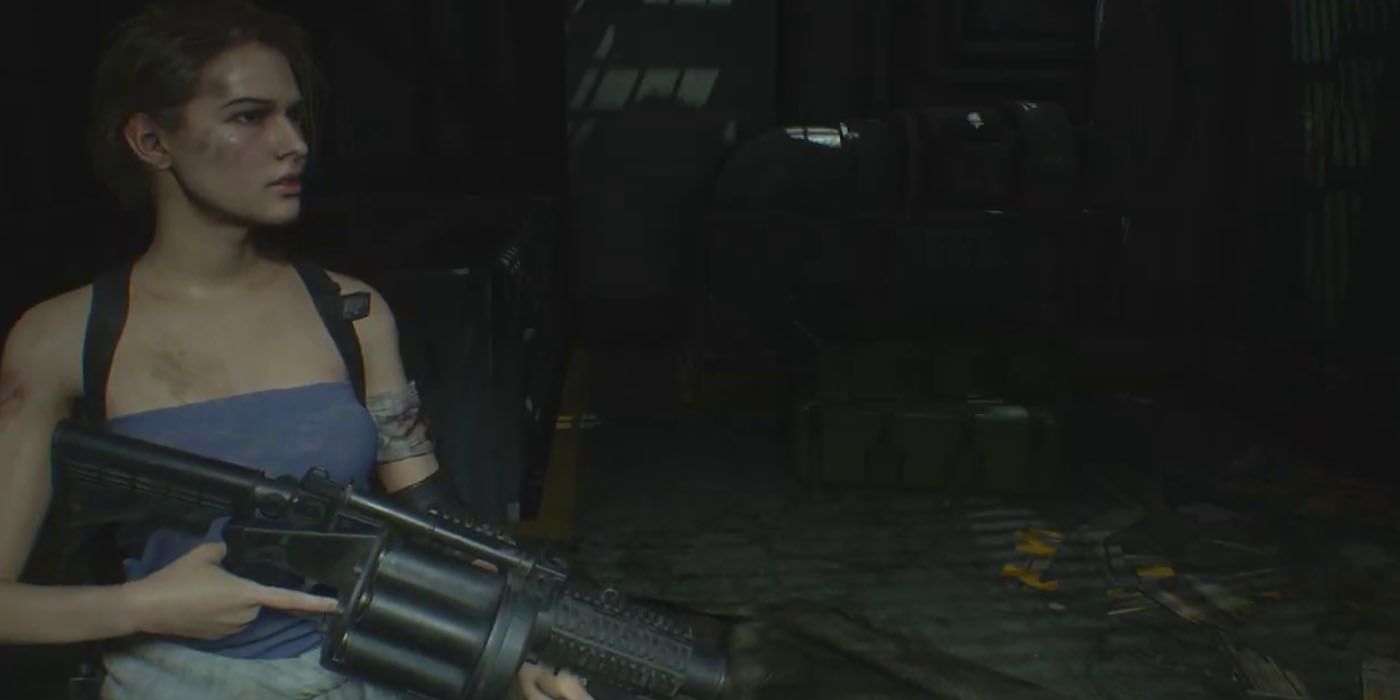 Three more Flame Rounds can be found on the Chamber Walkway right outside as well. Make sure to bring all your healing items and ammo for the Grenade Launcher. Nemesis is vulnerable to Flame Rounds, so now’s the time to use them. Other than the Grenade Launcher, the Magnum should be Jill’s main damage weapon, but make sure to bring the Handgun and Shotgun as back ups too. Round out your inventory with any Grenades you can carry, then hook into the Disposal Chamber. 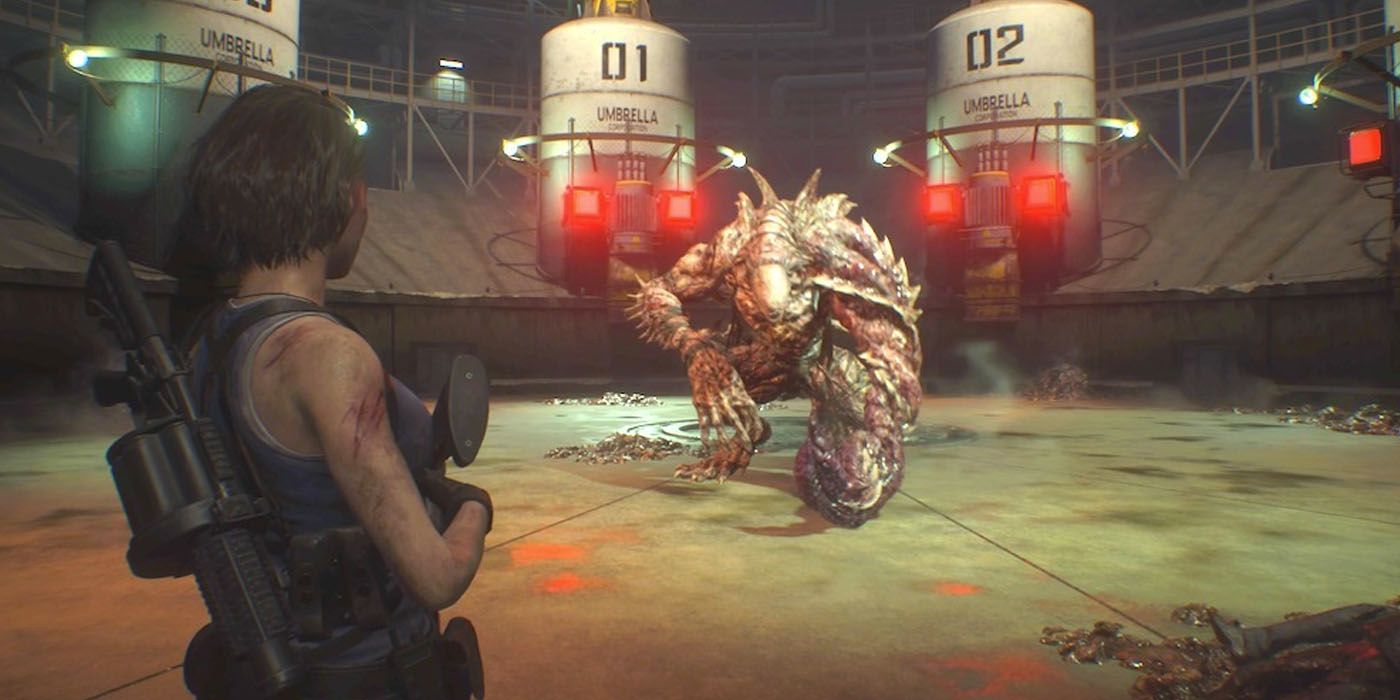 The boss battle against Nemesis starts on ground level and he’ll generally stick to close range melee attacks when targeting Jill. Similar to the Clocktower Battle, be ready to dodge Nemesis at all times. It helps to keep your camera on him and to aim for Perfect Dodges as critical hits go a long way. If you’re still low on ammo, the following items can be found in the arena:

For this first stretch of the fight, use Flame Rounds to stop Nemesis in his tracks. Always make sure the fire leaves his body before you attack again. Aim your shots carefully, reload anytime you have the opportunity, and keep your eye on Nemesis so you know when to dodge. After enough damage, Carlos will show up to help Jill. 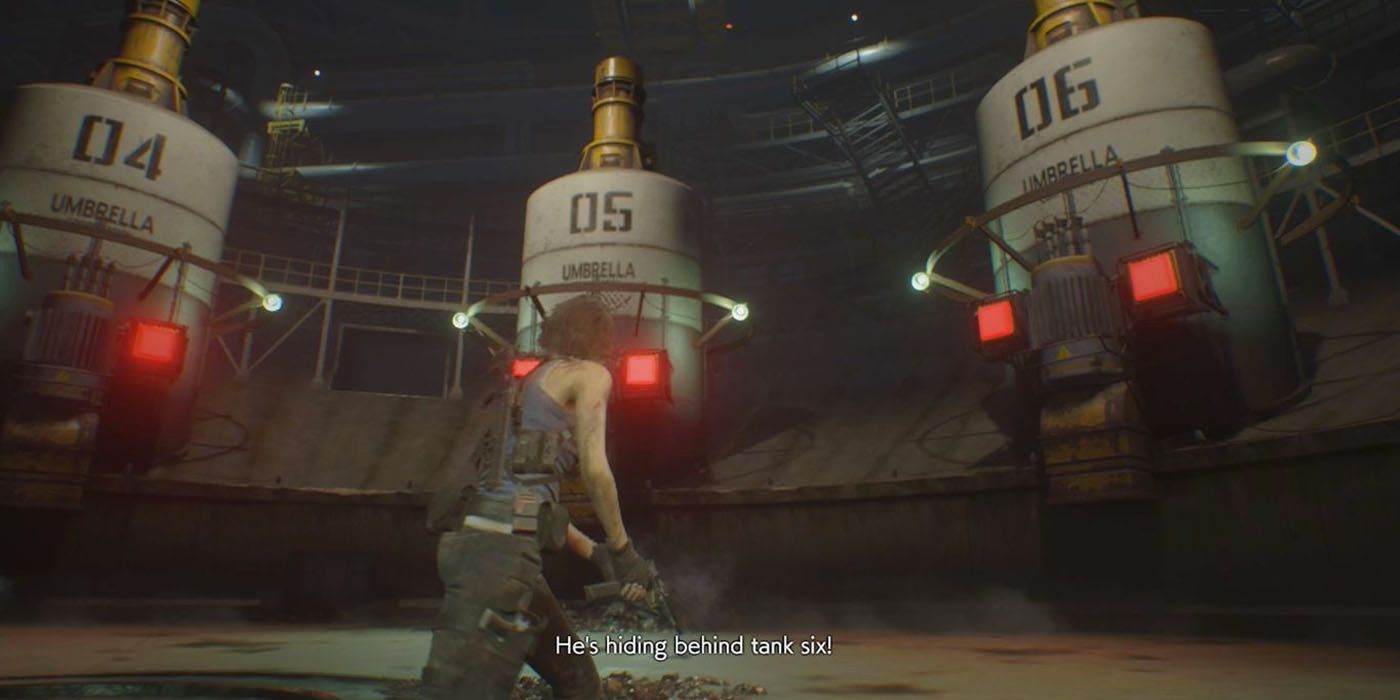 The boss battle changes considerably once Carlos arrives. Rather than keeping on the ground level, Nemesis will start running across the upper side of the chamber. If you look up, you’ll notice several numbered tanks with red panels attached to them. Nemesis will periodically station himself on a tank before lunging at Jill, but Carlos will let you where Nemesis is perched.

Your goal is to take out the red panels with a gun, electrocuting Nemesis in the process. When Nemesis gets shocked, he’ll plummet to the ground – giving Jill an opening to get some free damage in. Keep in mind that multiple zombies will be swarming the arena at this point, however, so it’s important to be aware of Jill’s surroundings at all times.

Finishing Nemesis Off (For Now) 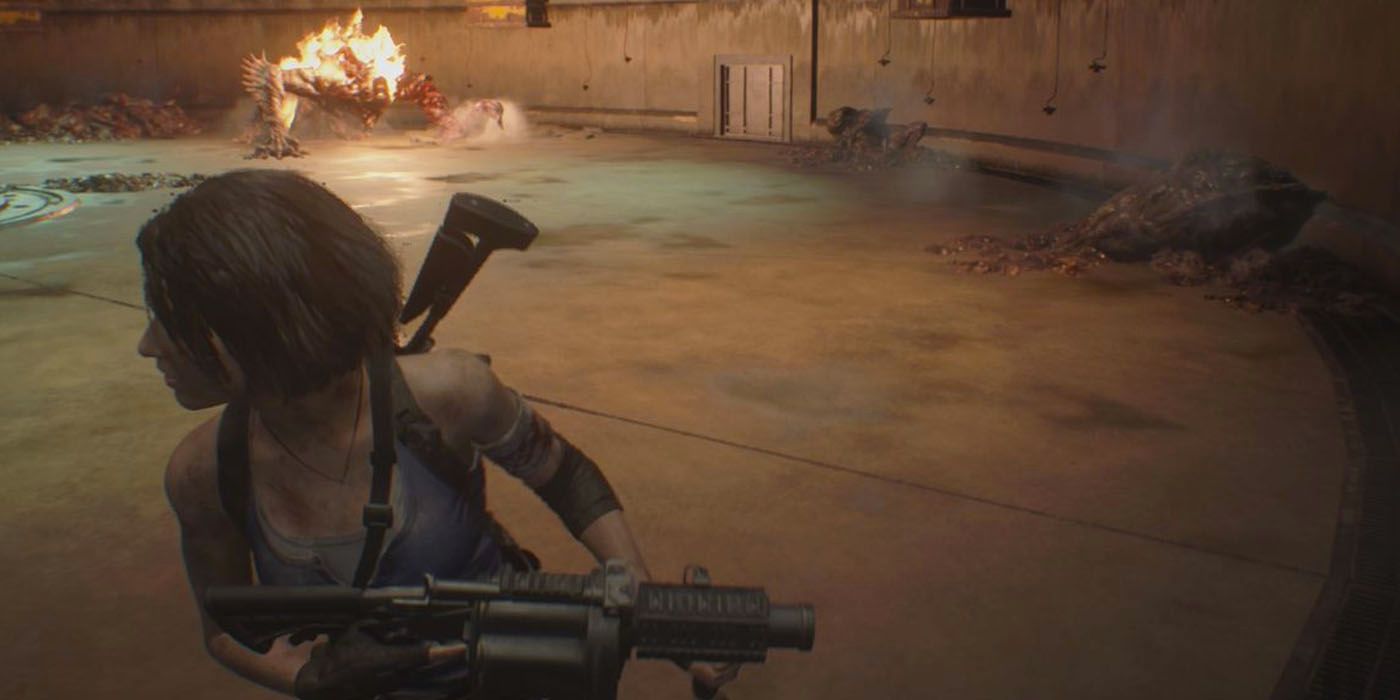 You’ll want to use your ammo wisely during the final stretch of the fight. Use the Handgun to take out the red panels, Shotgun to kill zombies, and alternate between the Grenade Launcher and Magnum while fighting Nemesis himself. If you’re desperate, a well timed Grenade can take out a bunch of zombies or deal some damage on Nemesis.

Nemesis will stay aggressive deep into the fight, so keep your eye on him whenever he’s running across the tanks. While Carlos will point Nemesis out, he moves fast and some tanks have multiple panels that need to be shot out in order for the electrocution to work. Keep on the offensive and Nemesis will eventually go down. For now.

Next: Resident Evil 3: How To Solve The Subway Puzzle 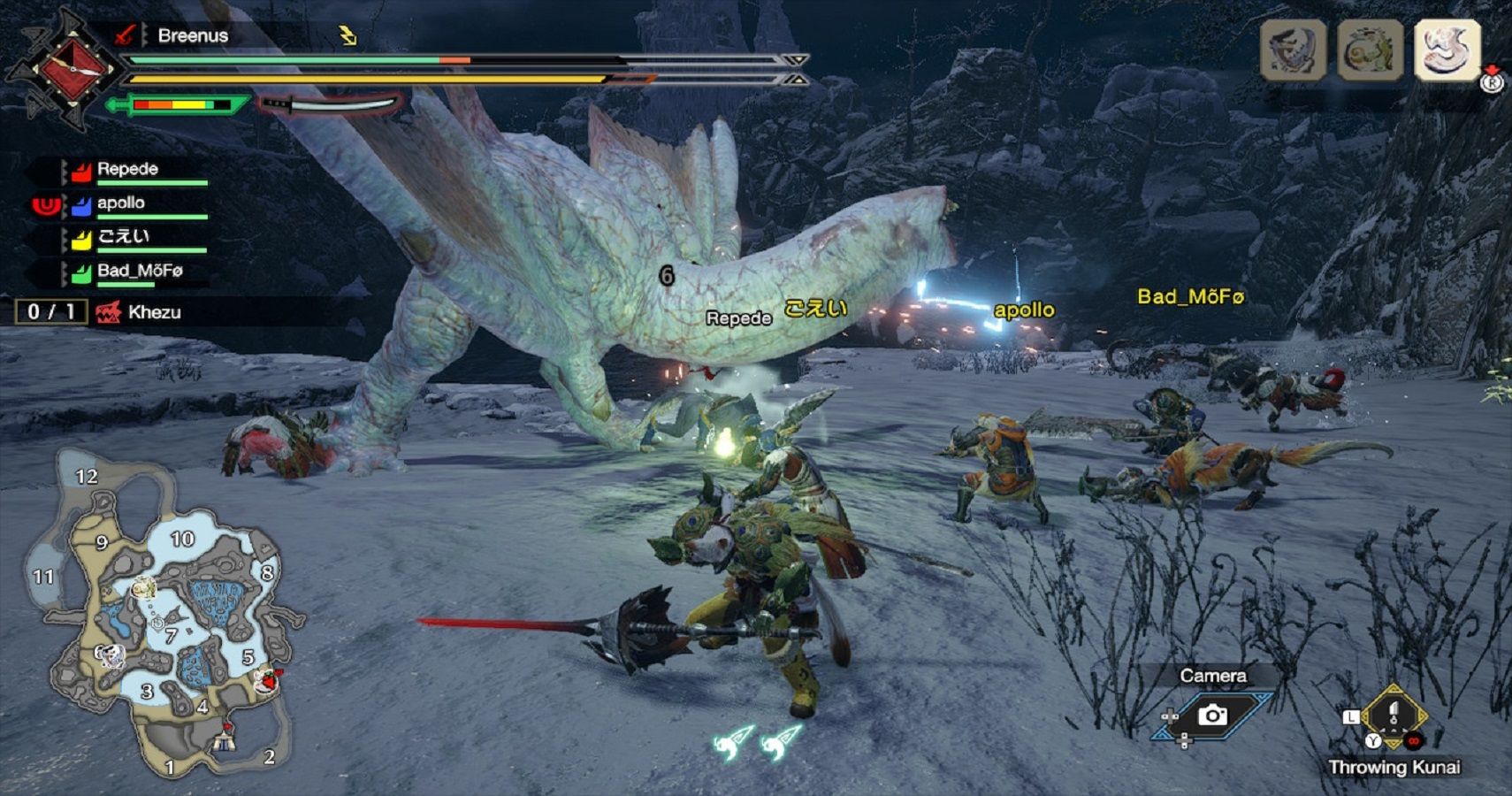