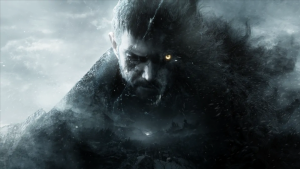 Capcom’s Resident Evil 8 will get full support for PSVR 2 once it’s released.

A trailer showed some of the game’s classic scenes now played with a VR headset. A Resident Evil 4 Remake was announced too with PSVR 2 content.

Resident Evil 8 won’t be the first game in the series to get official VR support. Its predecessor, Resident Evil 7, was one of the first flatscreen games to implement PSVR support in 2017. Just last year, Meta brought Resident Evil 4 to Quest 2 headsets too. Meanwhile, one modder by the name of praydog has strived to bring the Resident Evil 2 and 3 makes as well as Resident Evil 7 and 8 to PC VR headsets via unofficial support.

Are you going to be picking up Resident Evil 8 on PSVR 2? Let us know in the coments below!

This is a developing story.