Completing the Hooligan Challenge in Resident Evil Village for that sweet 100% completion can be a bit of a pain, and it hurts especially bad if you cleared your first run of the game, unlocked the Challenge system, and found out you unintentionally got 18 out of 19. That’s right, there are 19 separate windows in the immaculately designed Dimitrescu Castle that can be broken, and it’s your job to find them all before leaving and locking yourself out of that area for the rest of the run.

Now, we do recommend you wait until you’ve done almost everything in the castle. In fact, the best time to do this is just before going through the door the four Angel Masks opened, as you’ll have access to every bit of the castle at this point, but without having to deal with anyone else but Lady Dimitrescu herself (especially if you get her to kill her own minions). 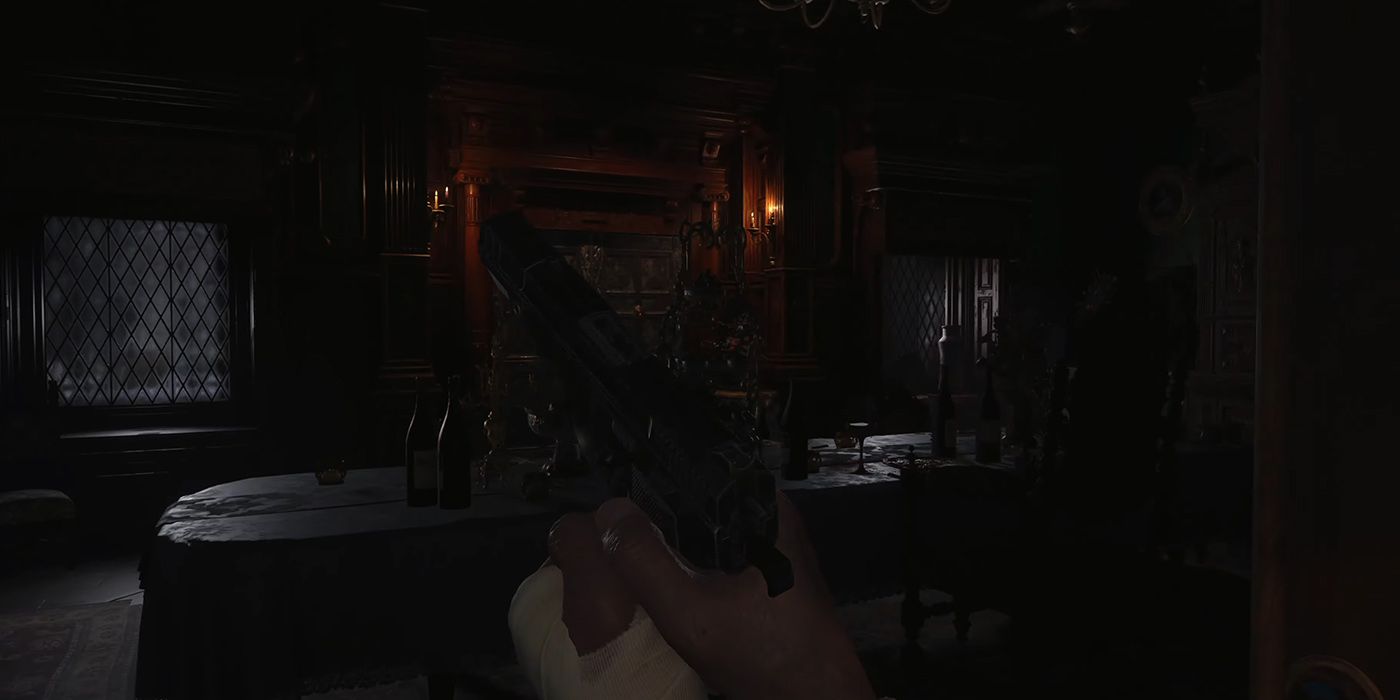 Starting things off in the entrance area, otherwise known as the Hall of the Four — head into the Main Hall, then across it through the double doors into the Dining Room that leads to the Courtyard. In here, you’ll find two of the windows to the left and right of the double doors.

Room To The North Of The Kitchen, Where You First Met Bela Dimitrescu: Window 3 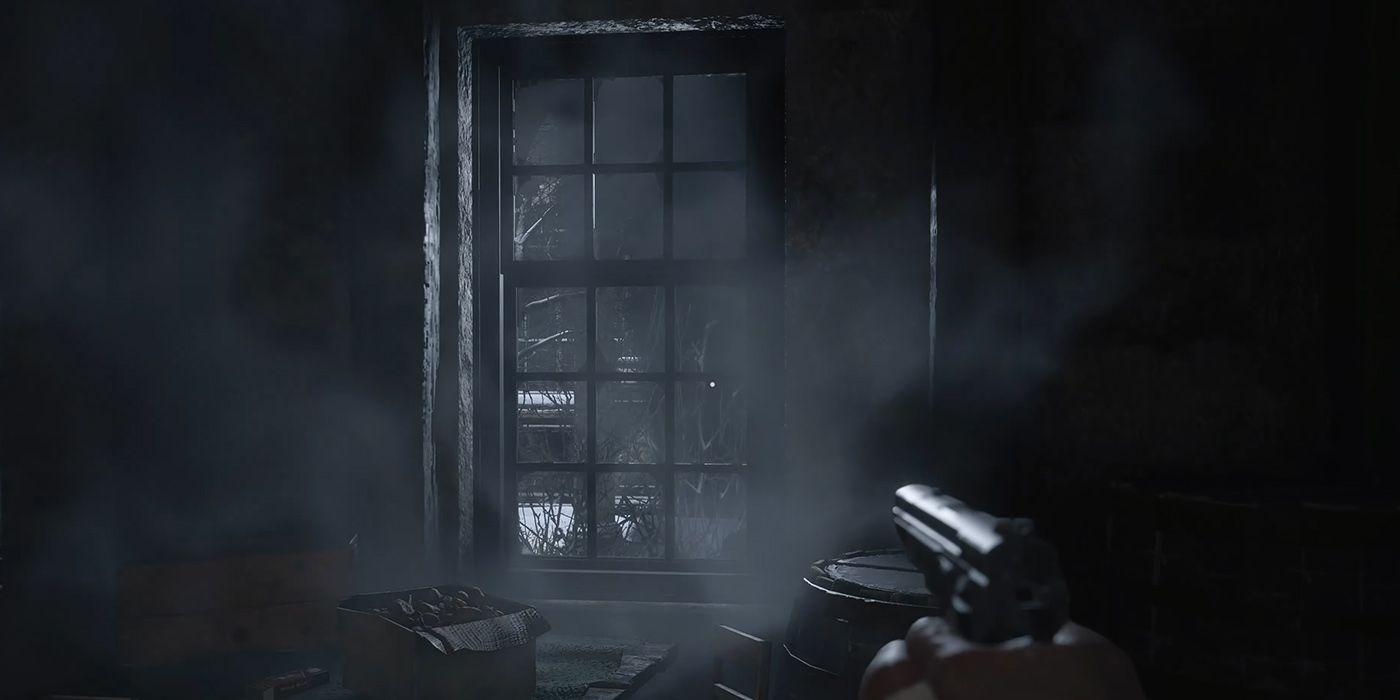 After you grab the first two windows, head through the yellow door on your left, and follow it around into the Kitchen where you killed the first big lady mini-boss, Bela Dimitrescu.

Most of the windows in these rooms should already be broken and blasting cold air inside, but one of them in the next room just past the Kitchen is not. Fix that by shooting or slashing at it, then head back the way you came and out into the Courtyard

Room At The South-East End Of The Courtyard: Windows 4 & 5 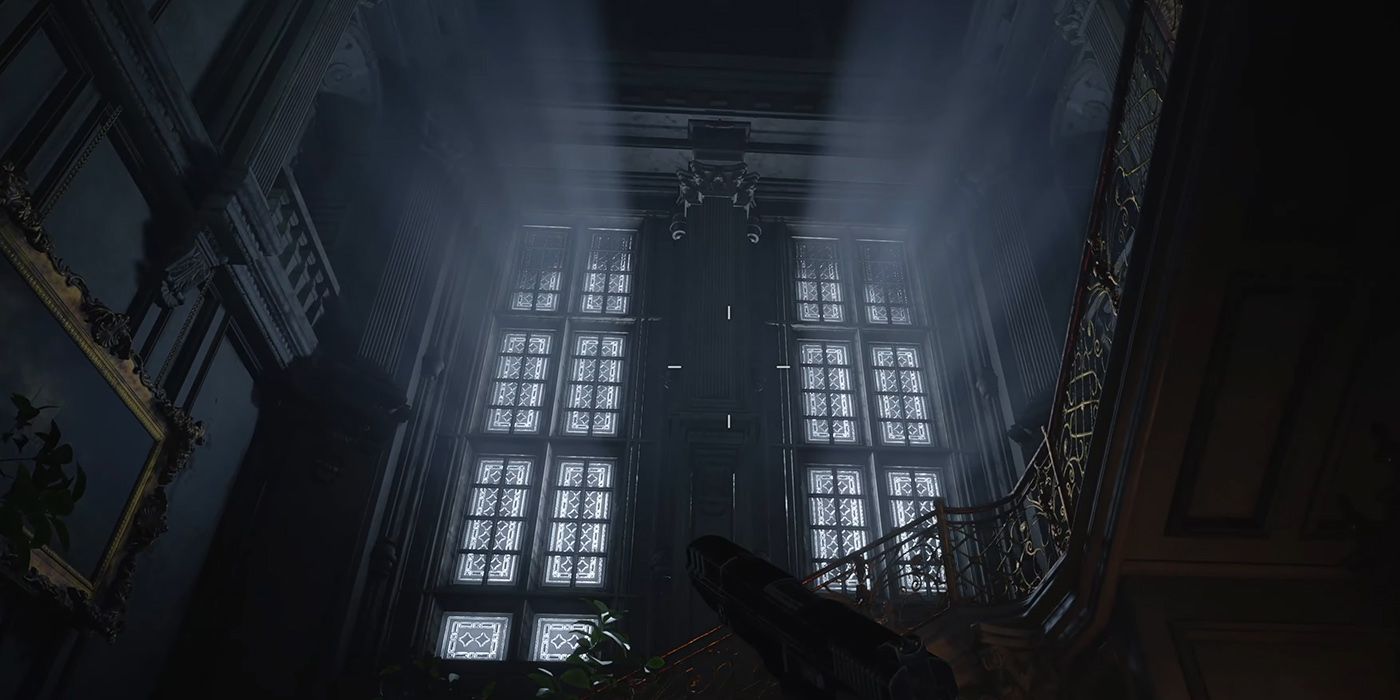 Walk completely across the Courtyard until you hit those double doors that won’t open, then turn to your right and head into the double doors. Right as you walk in, you should see some stairs leading up to Dimitrescu’s Chambers as well as some incredibly long windows. Break these two before trudging up the stairs into the area above.

The Hallway Outside Dimitrescu’s Chambers: Windows 6, 7, & 8 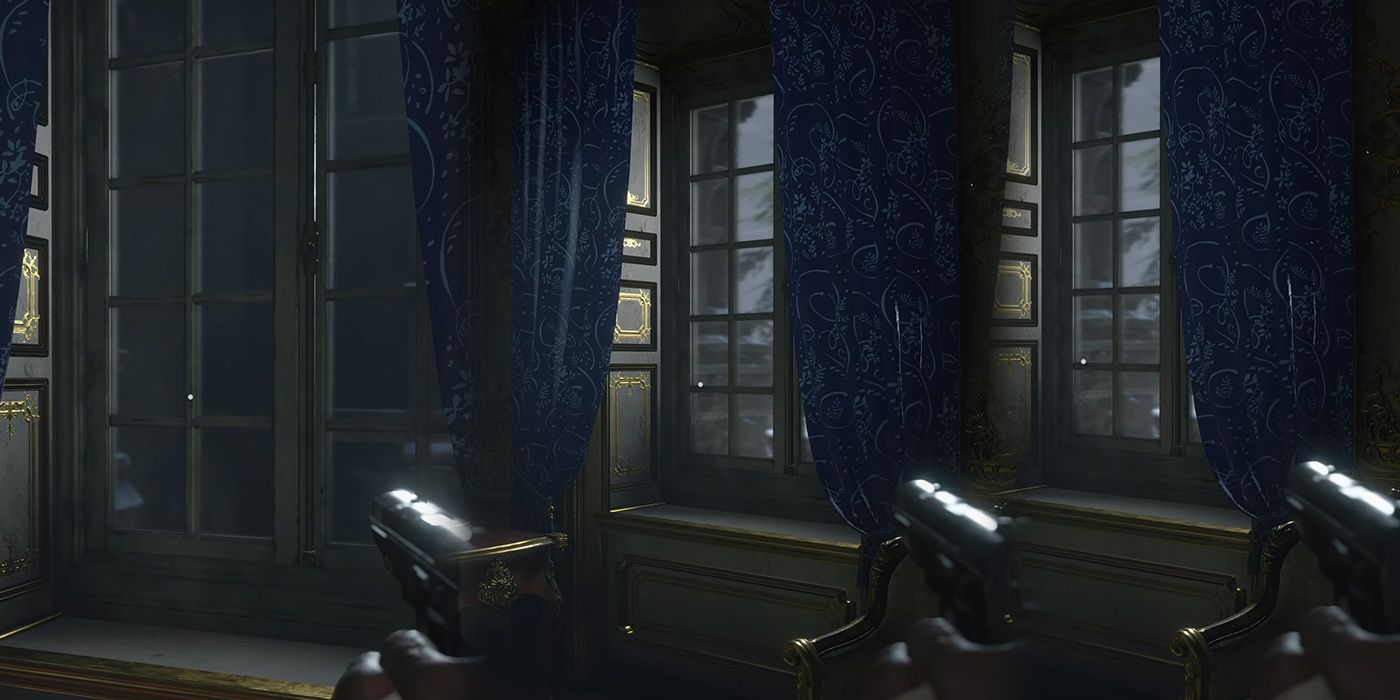 This is the area of the map just outside Lady Dimitrescu’s Chambers where she had that phone call with Mother Miranda, as well as the room where she shoved your head through several floors of the house.

Anyway, just keep looking to your right as you walk straight down this long hallway — there should be three separate windows for you to shoot in here. 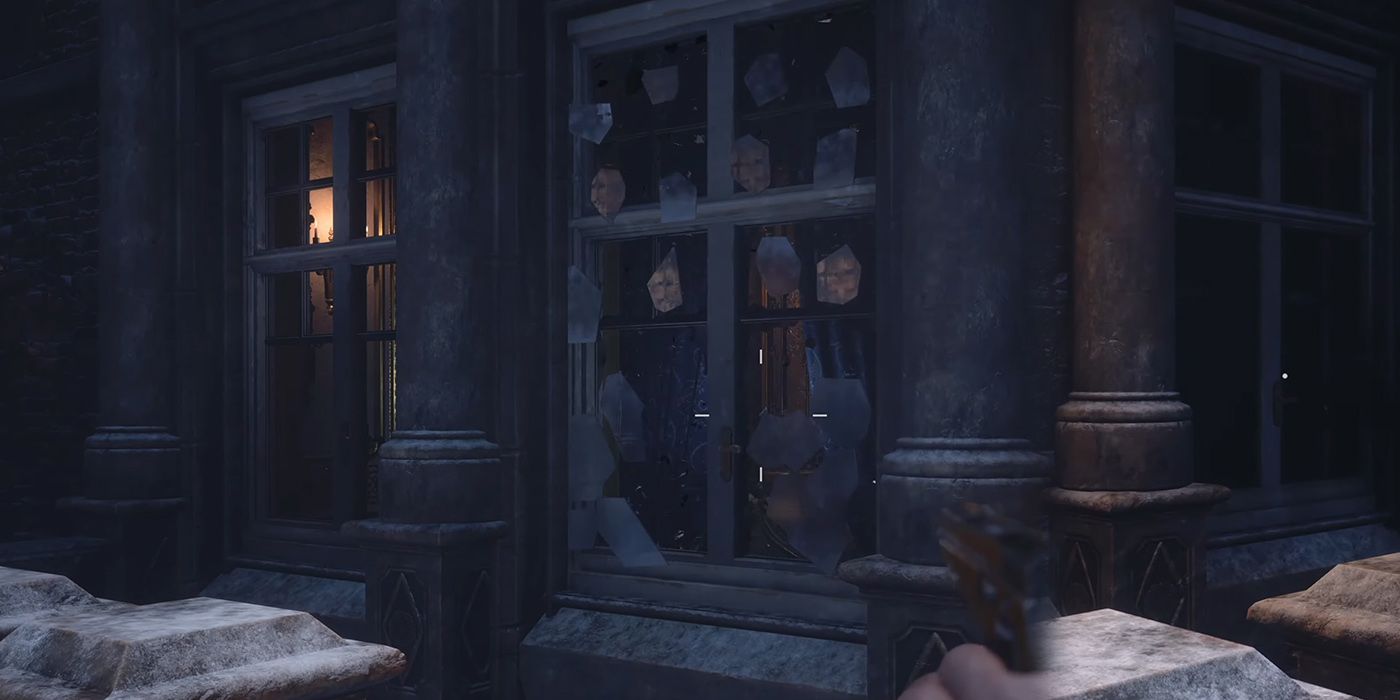 Then, after grabbing these three windows, head into Dimitrescu’s room itself, where her absurdly tall dress is hanging (which you can mod to make even taller), then back out onto the balcony where you eavesdropped on her phone call.

Turn around and shoot the three windows you see here: the two to the left of the door leading back inside, and one to the right of it. For some reason, you can only shoot these from the outside. 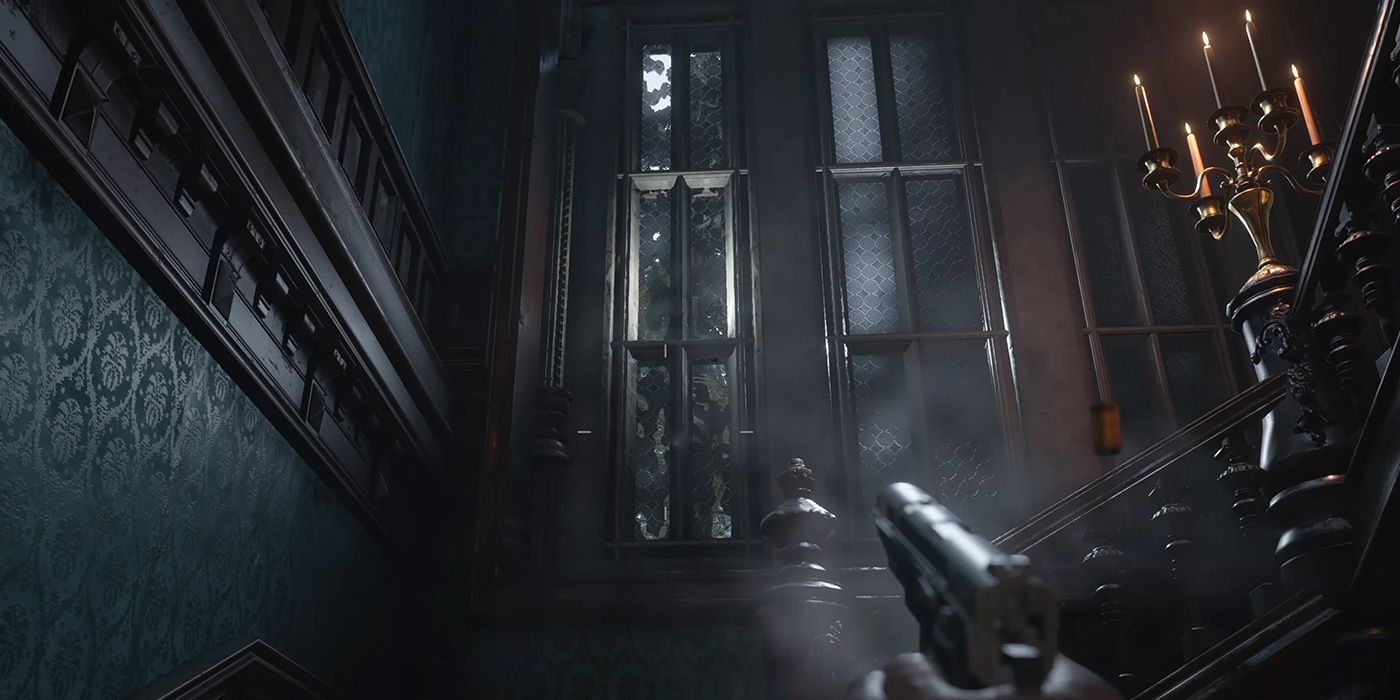 After that’s done, head back in and backtrack all the way until you’re out in the Courtyard again. To get to this next area, head through the single door that needed Dimitrescu’s Key and leads to the Opera Hall.

Just like Window 4 and 5, these are some long panes of glass in here. But, this time there’s three instead of two, so pop a cap in all three and head on up those stairs again. 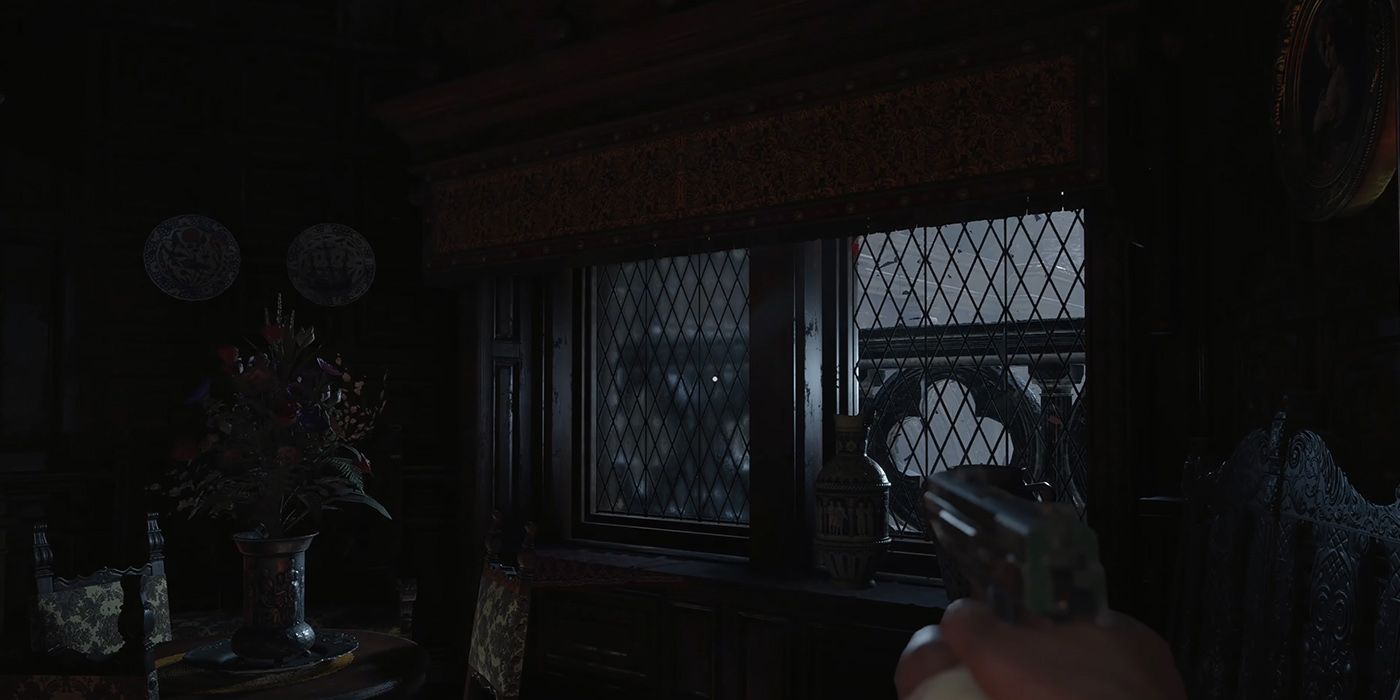 Once you reach the top of the stairs, take the yellow door on the left that leads to the Opera Hall Balcony then immediately look to the right in this little nook area. There should be two more breakable windows just to the right of the table in here.

The Room With The Flower Swords Puzzle Ball: Window 17 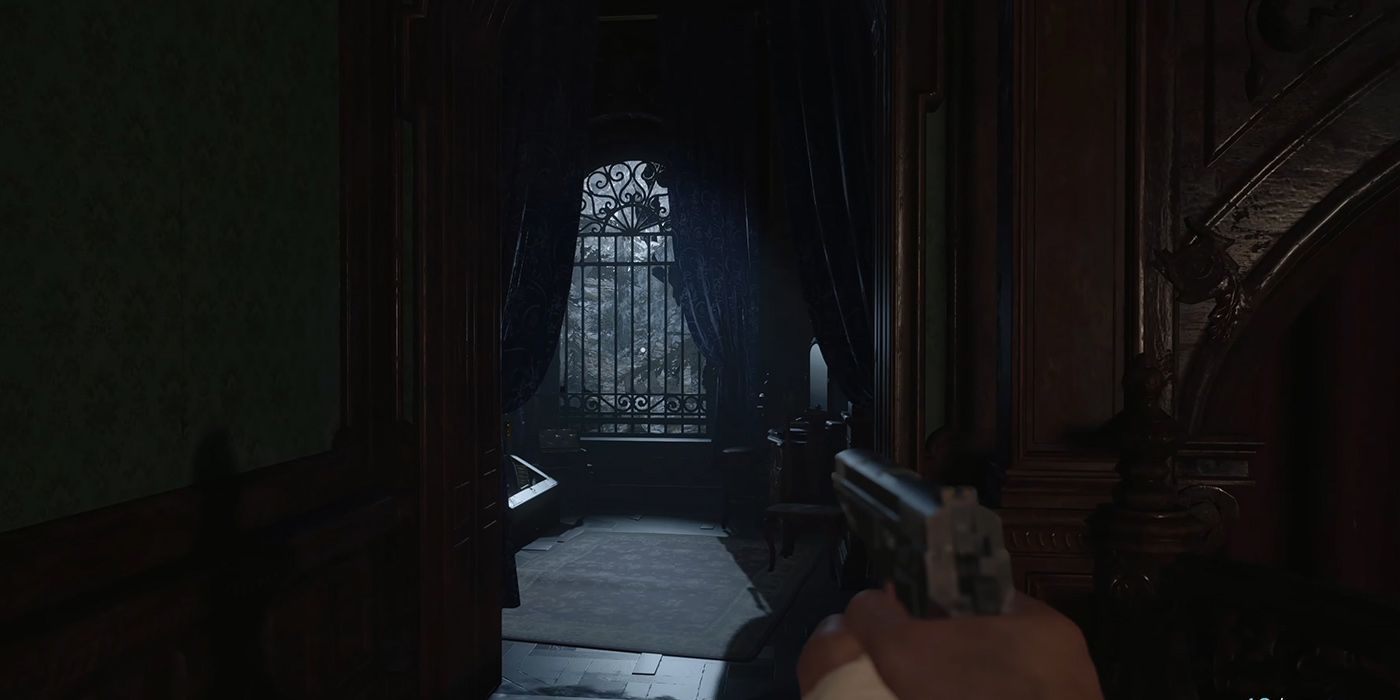 Do a full 180-degree turn after shooting these two in the nook area and walk down the left side of the Opera Hall overlook. In the small room at the end of the left-side hall should be another window to shoot, as well as the Flower Swords Ball you’ll need for the puzzle in the Merchant’s Room. 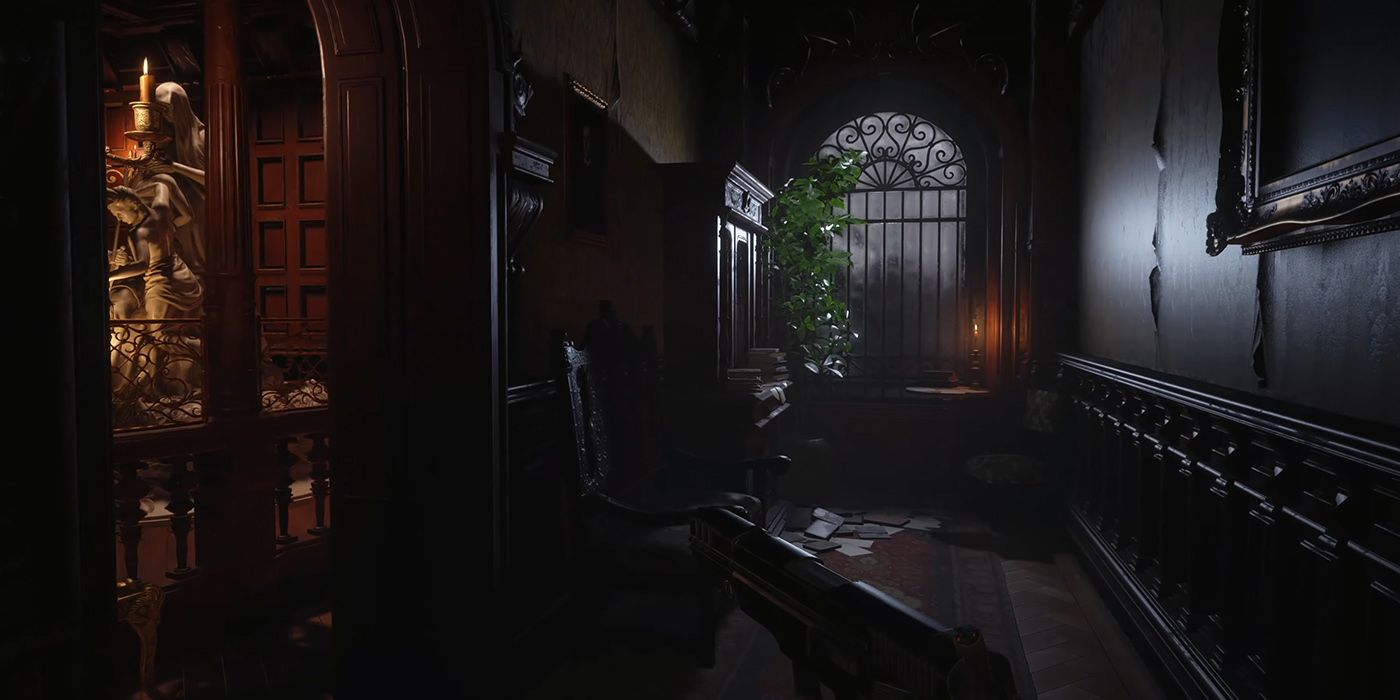 To get the 18th window, all you have to do is go through the other yellow door at the top of these stairs next, which originally led to the Library where you had your encounter with the second daughter, Cassandra Dimitrescu.

Go through the Library into the Hall of Joy, and there should be a tiny dead-end hallway before the Angel Statue, where the 18th window resides. 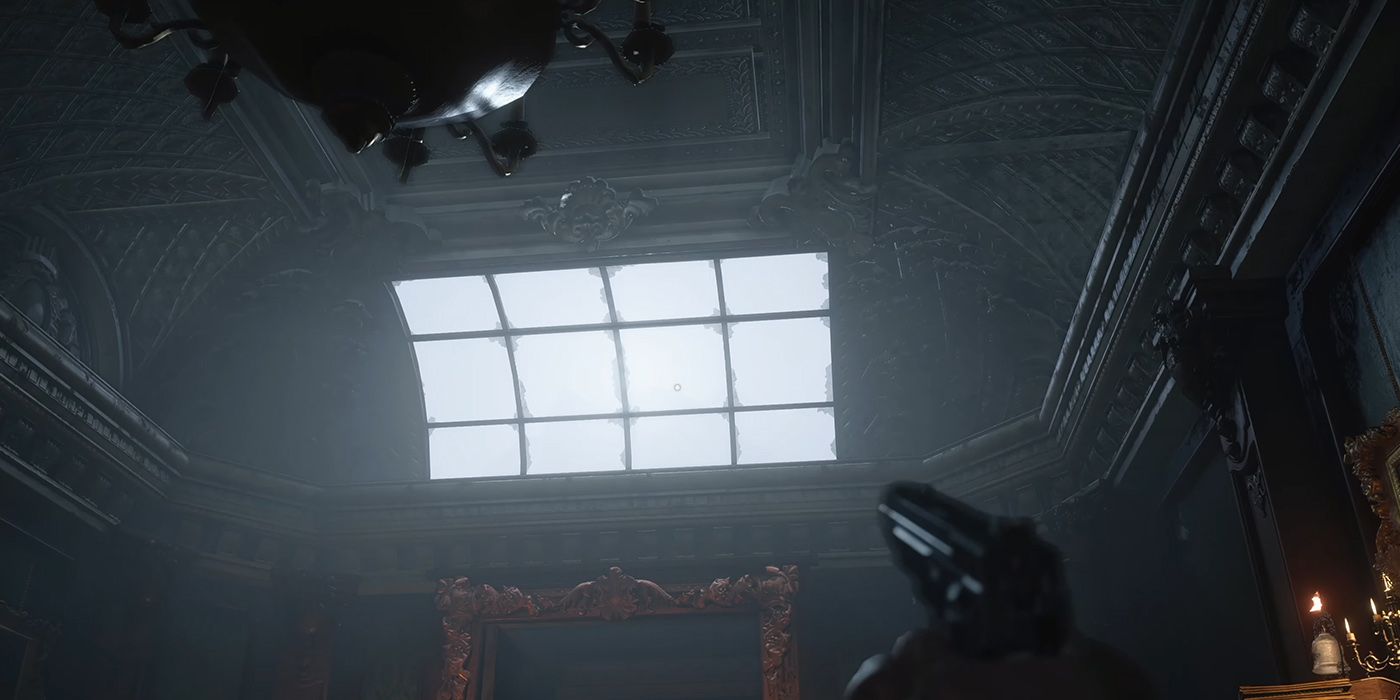 Now, most of you will probably unlock the achievement/challenge after the Hall of Joy Window. There’s a reason for this, as the last window is broken as part of the five bells puzzle in the Atelier. It’s the window directly above the painting — the one that sort of works like a skylight.

But that’s it! That’s all 19 windows. There’s none on the roof section and none in the dungeons. They’re all sort of kept in this same little area of the house. It’s not a hard challenge per sé, just one that requires a bit of exploration. And, if you were like many people and waited until the end of the Castle Dimitescu section, the most annoying part of this by far was Lady Dimitrescu herself following you around.