Fans waited patiently, for ten long years, before Rune Factory 5 was finally released. They didn’t know exactly what to expect from the latest addition to the long-running series, but were hit with a wave of happy nostalgia as they realized the newest entry bears more similarities to older titles than just its name.

Rune Factory 5 is still the same Rune Factory we know and love, and there are plenty of easter eggs hidden in the game that subtly nod to the game's predecessors. Here are our favorites. 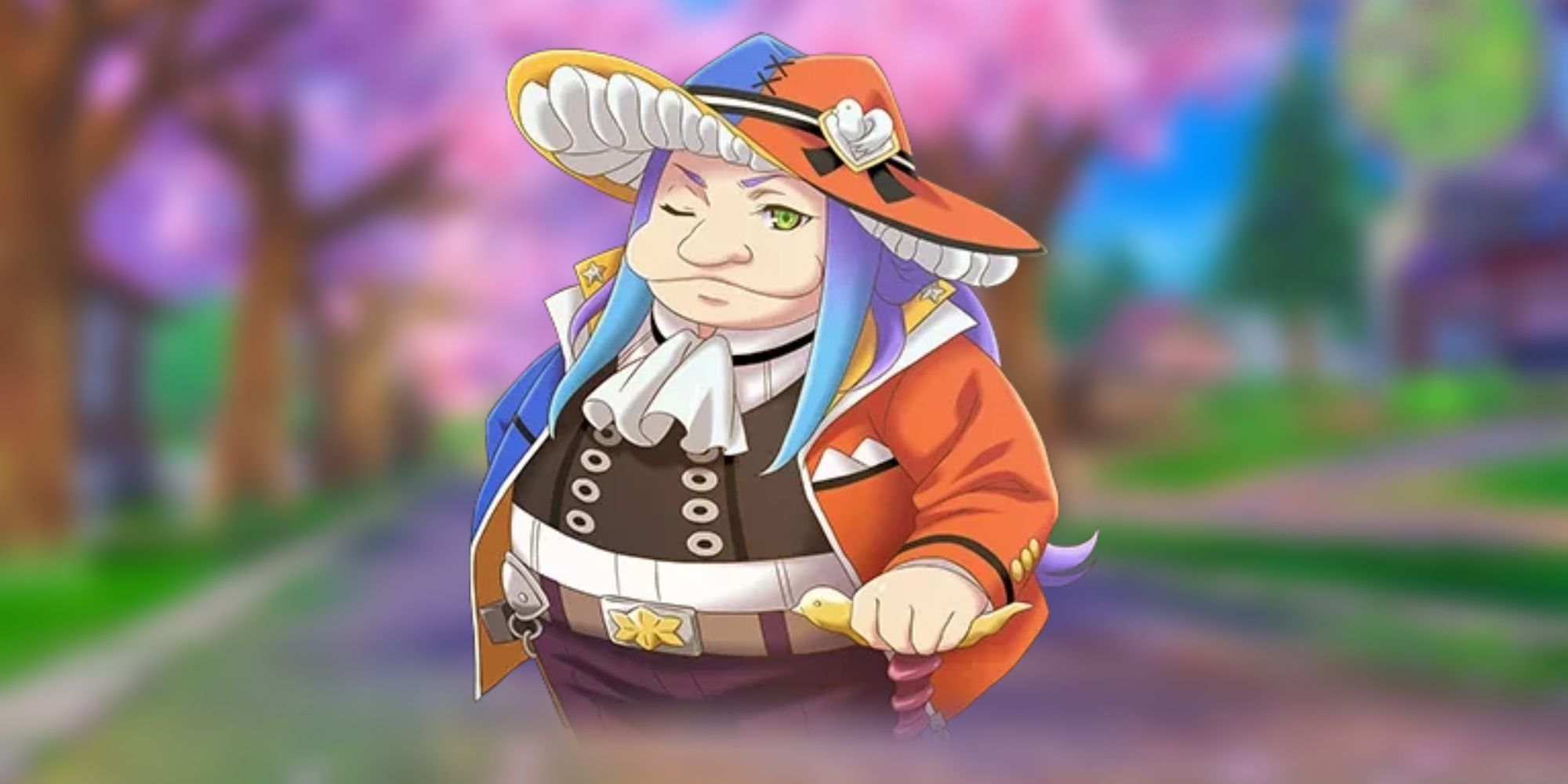 Players of the previous games in the series would have taken one look at Rune Factory 5’s resident architect and recognized them straight away. The face of Studio Palmo is a relative of the franchise-running De Sainte Coquille family.

This family is a mysterious group that has made appearances in all Rune Factory games. It has been confirmed that the family isn’t royal, but each member is always wealthy — or at least has been at some point. It's easy to recognize a member of the De Sainte Coquille family, as they always look very similar to one another. They are joyful and eccentric characters with a deep love of the culinary arts. 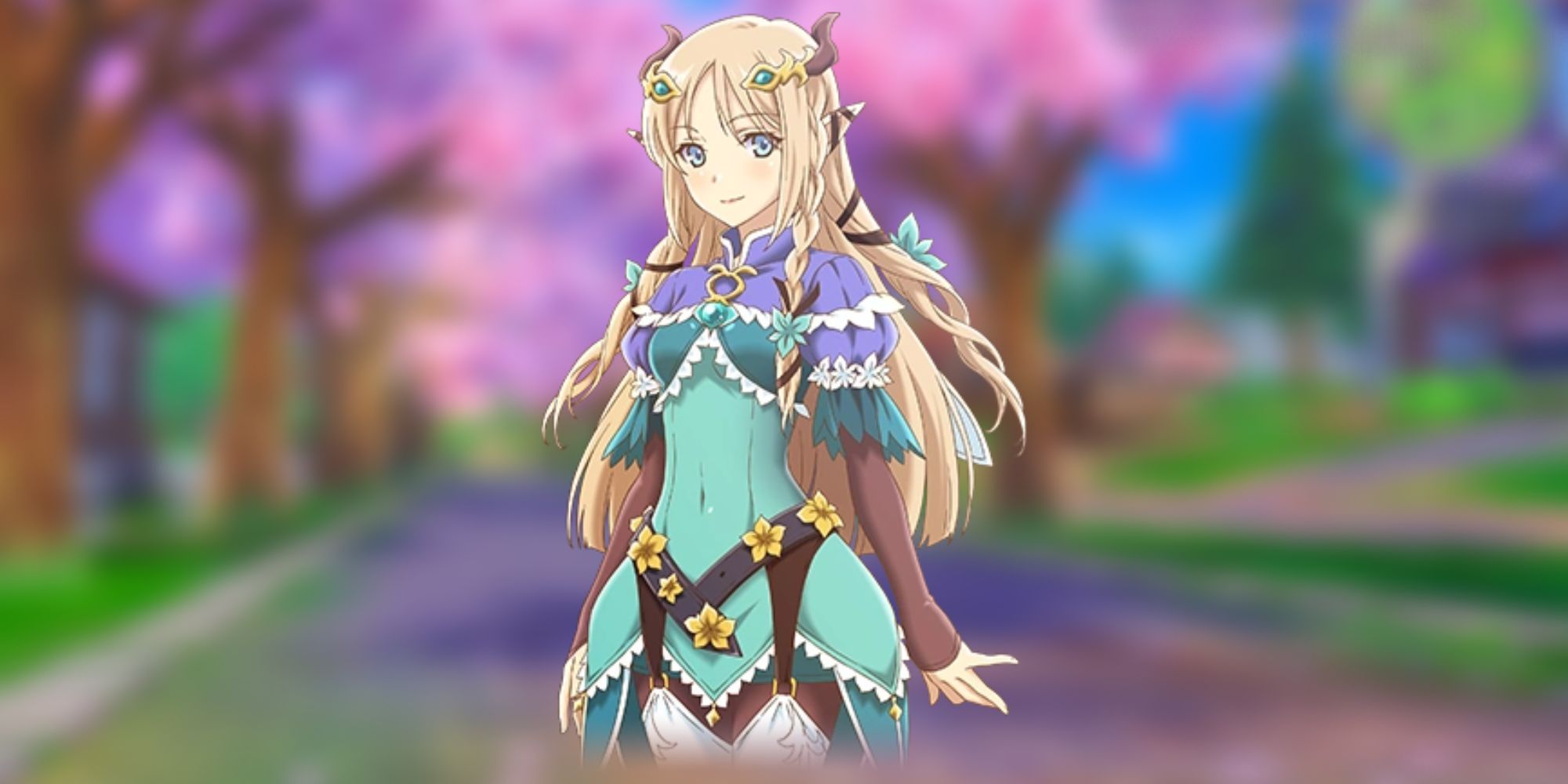 Occasionally when your Nintendo Switch system recognizes that you have save data from a particular game, it will unlock one or more easter eggs. Rune Factory 5 is no exception — if you have Rune Factory 4 save data, Margaret will make an appearance in your game.

Margaret was a beloved character of Elven descent from Rune Factory 4. She isn’t explicitly involved in the story, she just simply exists in your Rune Factory 5 world. You are able to interact with her as she is going about her business in Rigbarth, however, and you can often find her sitting on one of the benches in the town center or in her room at the Blue Moon Inn. 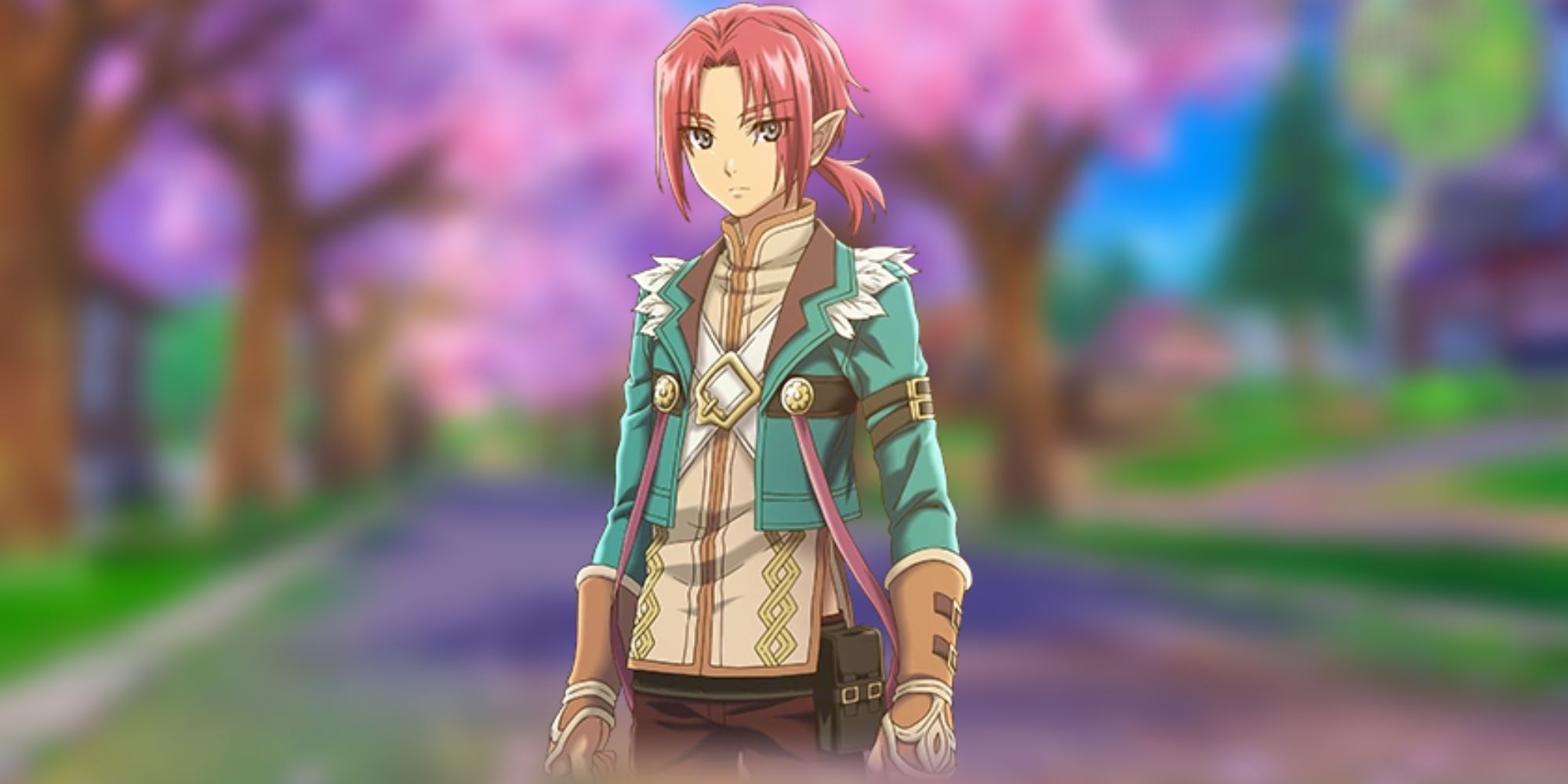 Margaret isn’t the only familiar face Rune Factory 4 players will recognize in Rune Factory 5. Doug can also be found wandering the streets of Rigbarth. He was a small, cheeky kid in Rune Factory 4, but ten years have passed since the previous game, so it makes sense to see how much Doug has grown up since then.

He is still just as cheeky as ever, but is now a young man by the time you meet him again in Rune Factory 5. Doug also stays at the Blue Moon Inn, so you can go and visit him whenever you like. 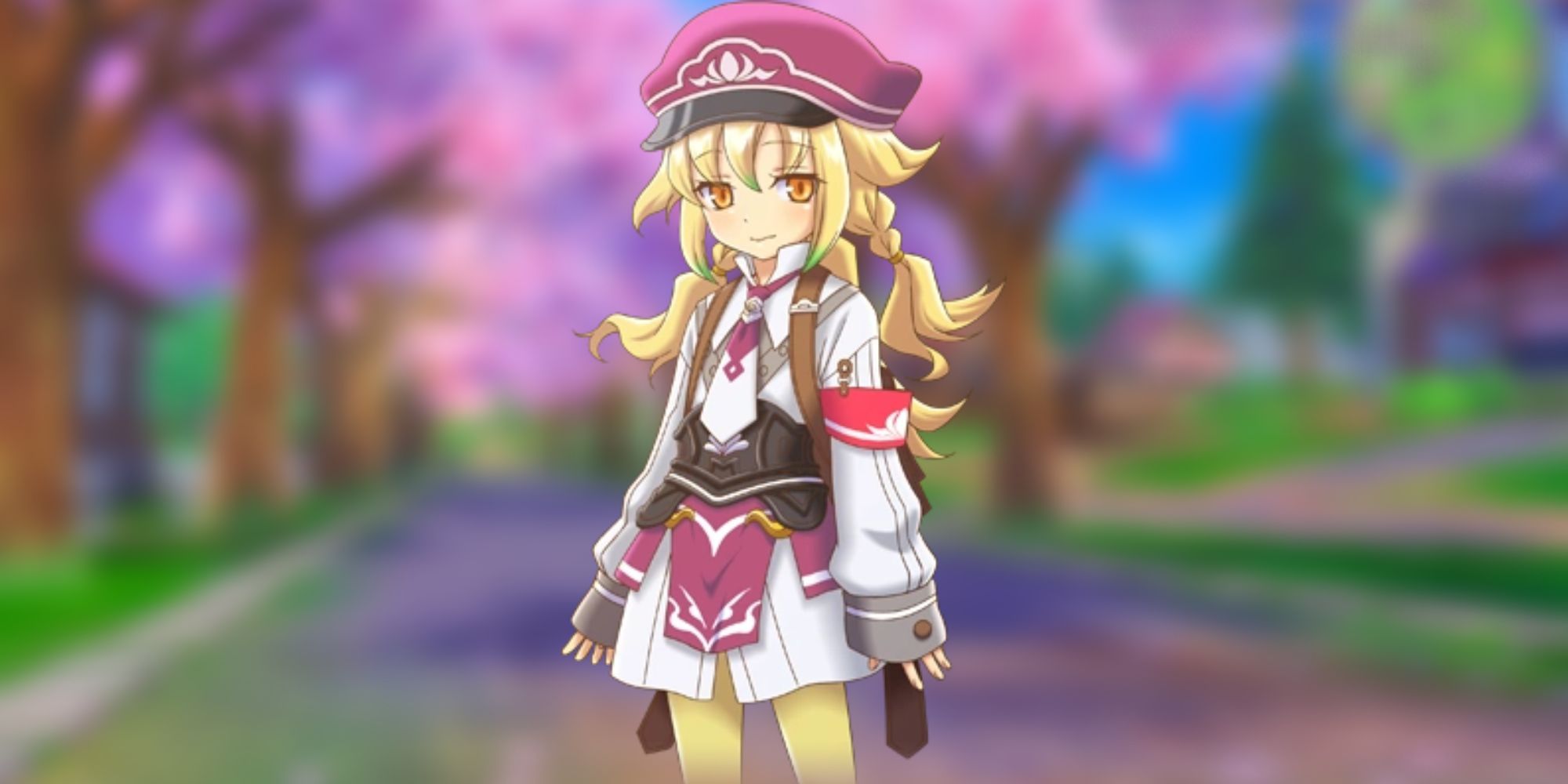 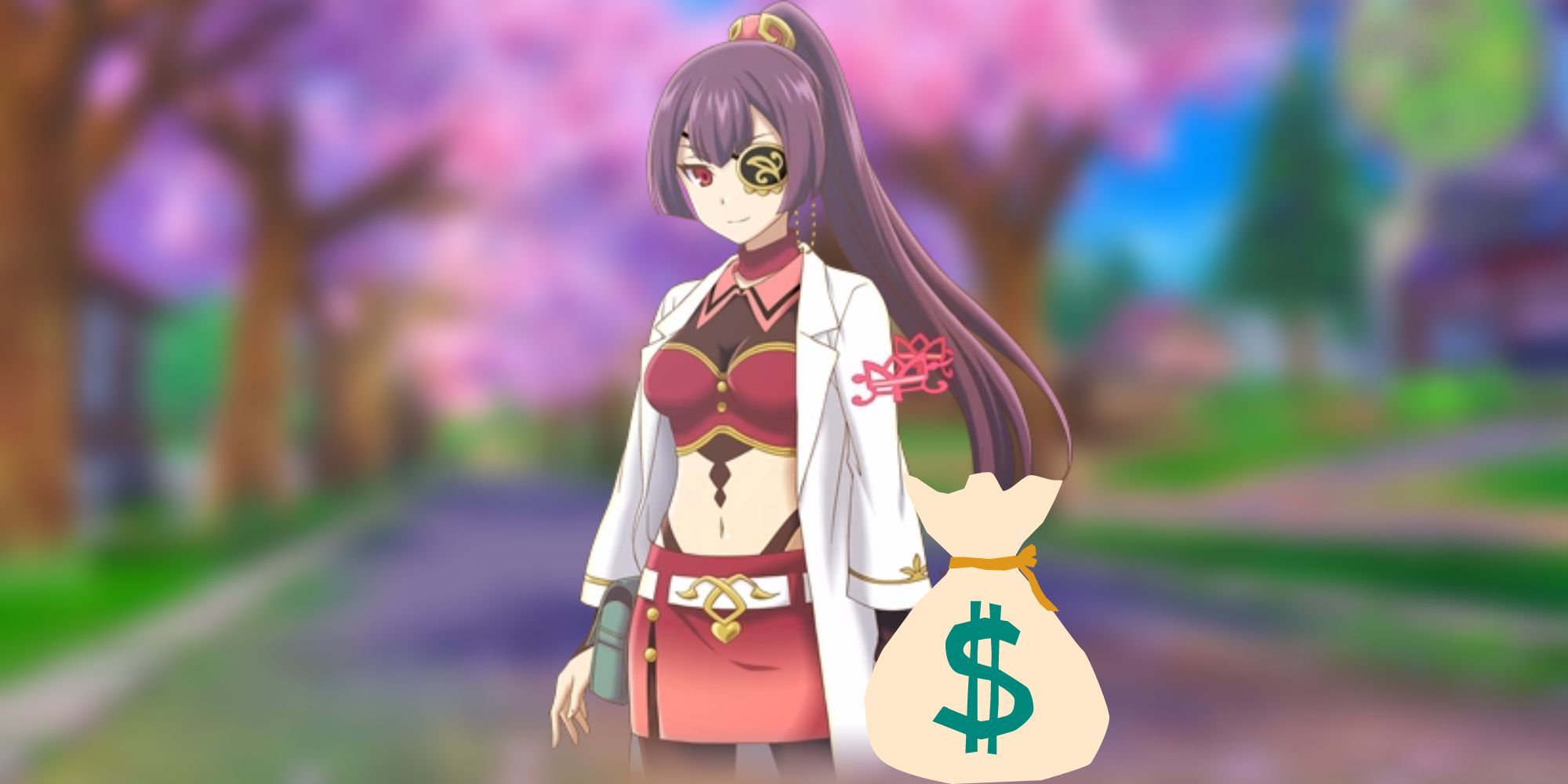 Many farming and/or life sim games have the inconvenient mechanic of fainting. Most of the time, players are slapped in the face with a hefty bill whenever this happens, and Rune Factory 5 has unfortunately upheld this long-running tradition.

Hoiwever, there is a way to cheat this system in every Rune Factory game. It isn’t really a cheat per se, but rather items you can find or craft with faint resisting capabilities. This item is something veteran Rune Factory players strive to create as soon as possible. In Rune Factory 5, the easiest way to get your hands on an item with faint resistance is by farming Mamadoodles for Big Combs. 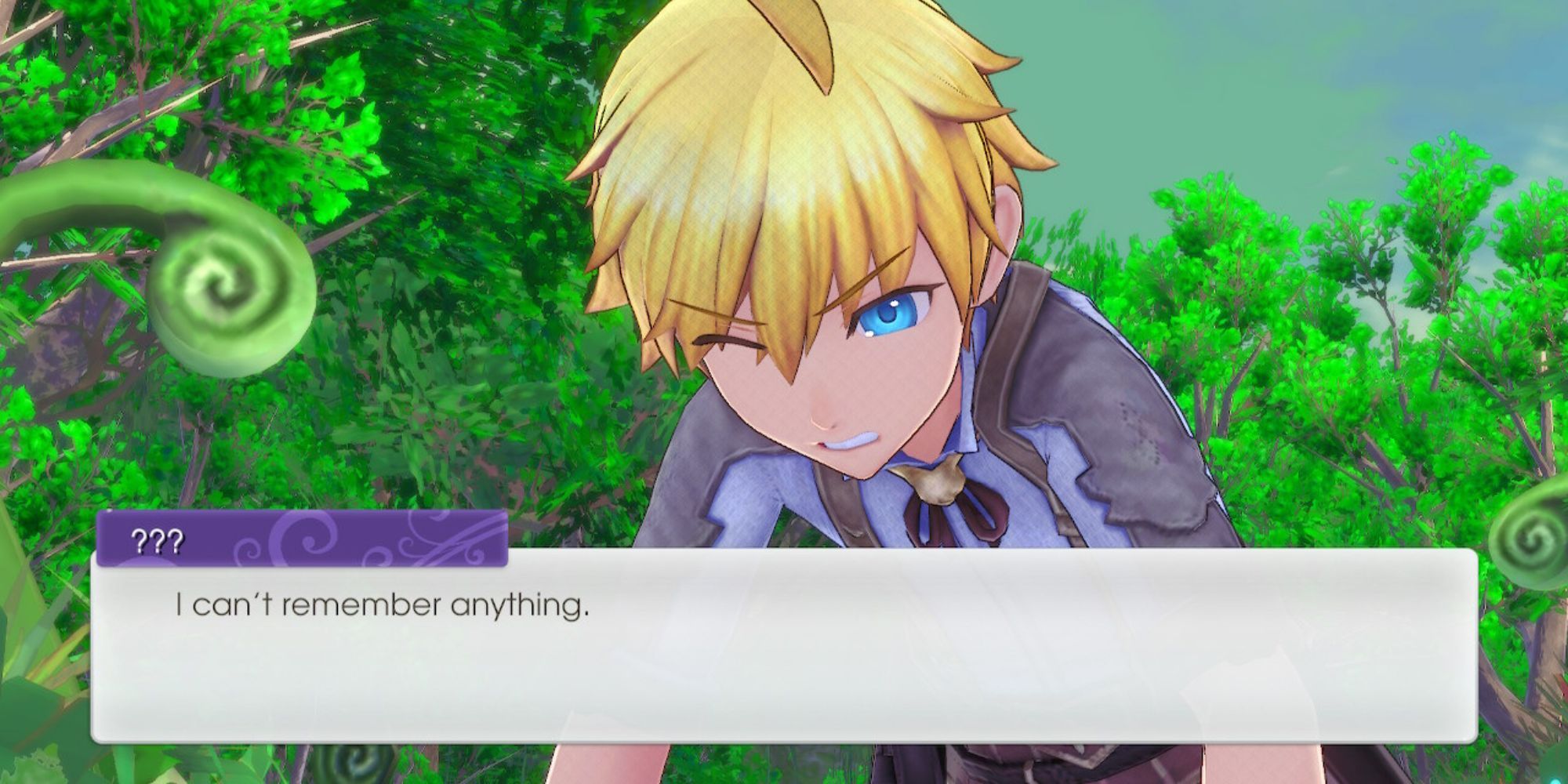 Would it even be a Rune Factory game if the protagonist didn’t suffer from amnesia? It's a common trope in sim games, and Rune Factory has been running with it from day one. It's the driving force in the story of the series, as the player then has to go on to unravel the mysterious events of a story they are almost always intrinsically wrapped up in.

It seems like every farming sim either begins with amnesia or inheriting your late grandfather's farm. It is comforting to see Rune Factory sticking to its roots by inflicting its unlucky protagonist with amnesia once again. 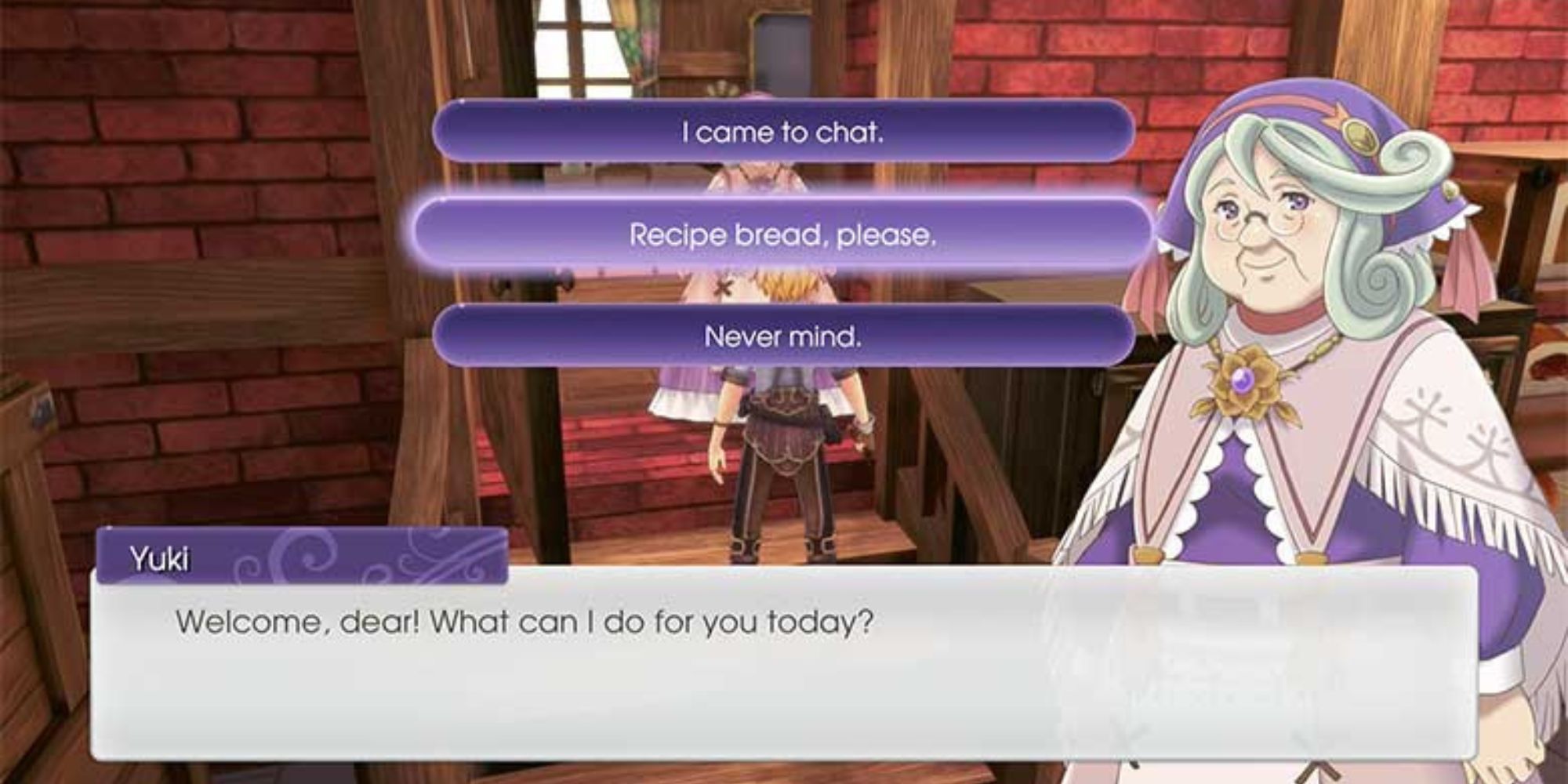 Although it is tempting to learn everything at once by loading up on bread and gobbling it all down at once, long-term players of the series will not fall for that rookie mistake. Being diligent with your bread is a necessary evil in Rune Factory games.

Eating a delicious piece of Recipe Bread will bestow you with a recipe for a farming tool, weapon, or armor, but only if you are ready for it. The player has to have a high enough skill level to learn the recipe. If you don’t, the protagonist will spit the bread back out without learning anything, and you will have to try again next time. Knowing when it is time to indulge in your bread is a fine art, but one you will get the hang of quickly. 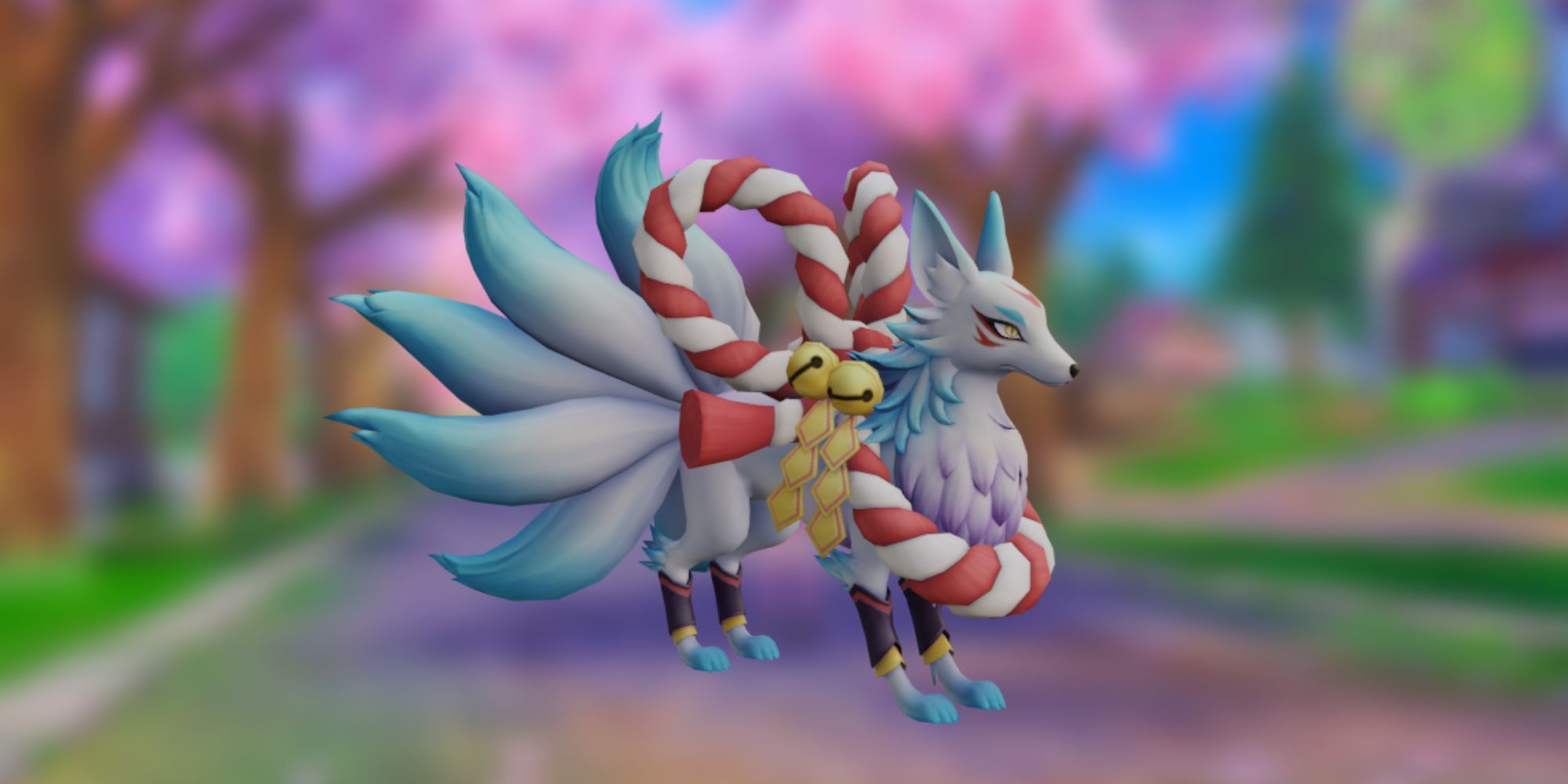 To tame a boss monster, you must defeat it multiple times to farm its dropped items, then offer them to it at certain points throughout the battle. It takes a lot longer than it does with regular monsters, and the odds are stacked against you, but having a boss monster as an ally is priceless in battle.

2/10 The Doctors' Strange Aversion To Tomatoes 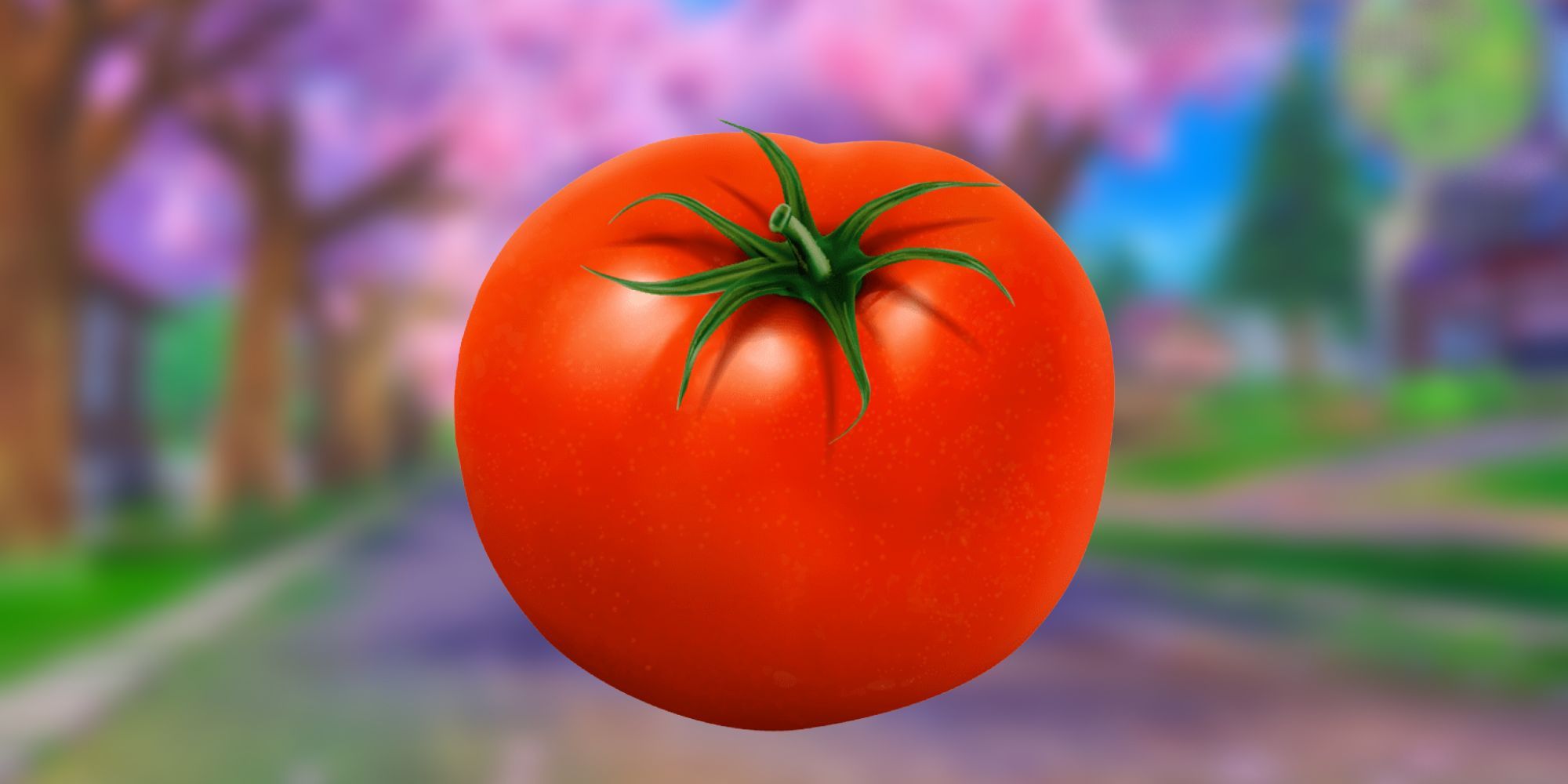 This may sound strange, and it is, but everyone has a fear of something. It just so happens that most of the doctors in the Rune Factory franchise happen to have a fear of tomatoes… One theory suggests that it may be the resemblance that tomato juice bears to blood.

Dr. Jones from Rune Factory 4 has a deep-seated aversion to blood that he attempts to get over by forcing himself to drink tomato juice, even though he hates it. It seems that all the doctors in the Rune Factory series either love or viscerally hate tomatoes. Try giving Dr. Simone from Rune Factory 5 a Titan Tomato next time you're playing, and see how she reacts! 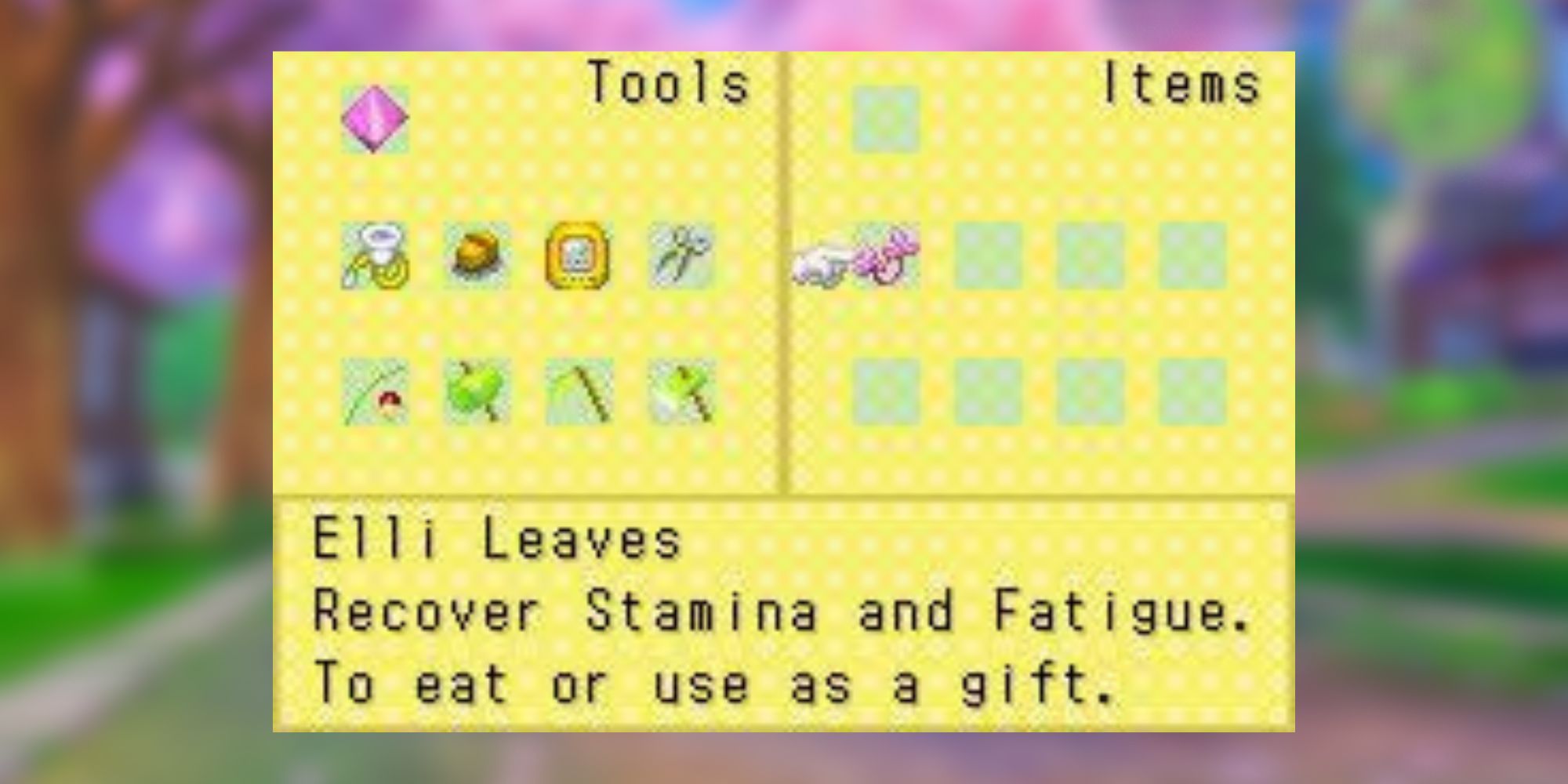 One easter egg in the Rune Factory series not only harkens back to earlier games, but also to the original inspiration of the Rune Factory games themselves. Harvest Moon, now known as Story of Seasons, inspired many of the farming life sims that we know today.

Elli Leaves, sometimes known as Youth Grass, appear in every Rune Factory game. They are items that first appeared in Harvest Moon games, such as A New Beginning, Friends of Mineral Town, and many more. Elli Leaves are a series-long homage to its origins.