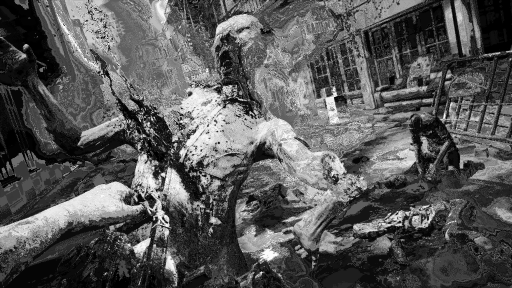 Skydance Interactive released a major patch for The Walking Dead: Saints & Sinners – Chapter 2: Retribution on the Quest platform today which the studio says should resolve many prominent issues.

UploadVR didn’t receive access to the highly anticipated sequel before its launch on December 1 and, in the days since, our reviewer has been playing the game and encountering a number of persistent bugs, including game crashes resulting in lost progress. We weren’t the only ones to encounter major issues as we noted similar reports from others. In the patch notes, which seem to suggest many of the issues encountered by our reviewer have been addressed, Skydance thanked players for their “patience and feedback”.

“Making games, especially ambitious VR games, can lead to unforeseen challenges,” wrote Dan Prigg, Head of Studio at Skydance Interactive, in a prepared statement sent to UploadVR. “We knew we really wanted – at least part of our player base – to be able to play the game over the holidays. Since the release of the game in early December, we have taken their feedback to heart and have been working tirelessly on improving the game AND polishing the PC and PSVR releases planned for next year. We are here in VR to stay and to bring the medium forward. We appreciate every ounce of support and patience that our players have shown us over the years.”

We need to assess how the latest update affects the game before we publish our review in the coming days. “Barring any bad surprises”, Skydance noted in the patch notes, its next update will be in 2023.

We’re pasting the full patch notes as provided by Skydance below:

Hello Tourists! Thanks for all your patience and feedback. It’s truly fuel in our figurative gastank chainsaw. We took our time because this is truly a monster patch. We wanted to adjust and test the game as much as we could heading into the holiday season.TLDR: We have massively improved the game. This improvement spans game stability (fewer crashes), game functionality (glitches, malfunctions, unintended situations) and visual fidelity (Texture clarity, lighting, etc) as well as corrected many issues you have brought to our attention.Physics, audio, game mechanics, no part of the game was spared!

PS.We have done our best at improving the game as much as we could. Barring any bad surprises our next update will be in the new year. Please keep the feedback coming on ourDISCORDand if you like our changes, the best way to let us know is with a positive review on the META store from you and all your Tourist friends!