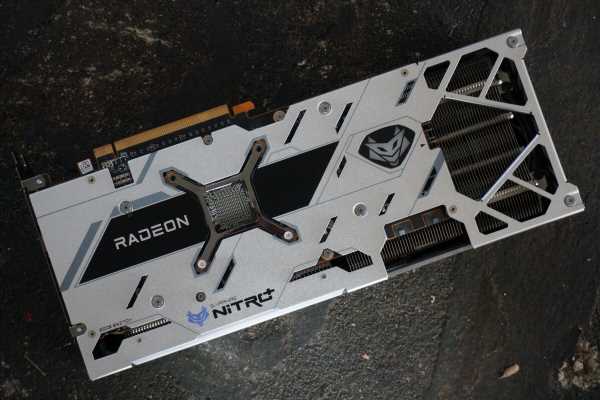 The Radeon RX 6700 XT hits the streets today, and it’s a fantastic graphics card for 1440p and high refresh rate 1080p gaming. But in an unusual twist, AMD’s darn good reference version of the RX 6700 XT isn’t your only option available on day one. While the Radeon RX 6800-series and flagship RX 6900 XT initially released in reference form with custom models following weeks later, AMD partners like Sapphire, XFX, and Asus can ship their bespoke 6700 XT versions at the same time as the reference card for this launch.

This graphics card isn’t cheap. At $579, it costs $100 more than AMD’s already expensive reference model, and understandably so (as we explained in our initial Radeon RX 6700 XT review). Worse, you’ll probably wind up paying hundreds more in real life unless you’re lucky enough to catch the initial stock drop at a retailer. That’s a tough pill to swallow, but the Nitro+ makes a strong bid for being the most worthwhile version of the Radeon RX 6700 XT after a couple of easy tweaks. Its dead-silent, ice-cold custom cooler design delivers an outstanding user experience even under full load, while the company’s flat-out excellent Trixx Boost software can help the Nitro+ RX 6700 XT pump out frames nearly as fast as the Radeon RX 6800—a graphics card that costs a whole lot more. Yes, even scalped.

The Sapphire Nitro+ is built around the same “Navi 22” GPU as all Radeon RX 6700 XT models. That means it includes screaming-fast clock speeds, support for Smart Access Memory and real-time ray tracing, access to all of AMD’s modern Radeon Software features, and an ample 12GB of GDDR6 memory bolstered by 96MB of ultra-fast on-die Infinity Cache.

For a deeper look at the best new features found in the Radeon RX 6000-series, be sure to check out our RDNA 2 deep dive. (RDNA 2 is the name of the energy-efficient graphics architecture powering AMD’s latest GPUs.)  Here’s a refresher on the Radeon RX 6700 XT’s specific technical details next to the RX 5700 XT it’s replacing:

And here’s a Sapphire-supplied rundown of the Nitro+’s own specifications, which largely align with the reference models but include a few key differences, as well as additional details about the card’s physical dimensions and extra features:

Most notably, Sapphire’s graphics card runs faster than the reference version, at least on paper. AMD’s “Game Clock” spec lists the estimated clock speed that the GPU will run at during gaming workloads, and the stock 2,424MHz speed listed wound up being accurate in our tests with F1 2020. Sapphire’s spec sheet says the Nitro+ boosts up to 2,548MHz while gaming, and we indeed witnessed it holding at 2,524MHz to 2,536MHz under a long, looped F1 2020 run. The higher clocks didn’t make a practical difference in frame rates, as you’ll see in our benchmarks later, but it speaks to the efficacy of the Nitro+’s design.

Higher clocks also require more power. The Nitro+ draws 260 watts of total board power, compared to 230 watts for the reference design. You shouldn’t worry about that slight uptick.

But the real reason to spend more for a hot-rod custom graphics card like the Sapphire Nitro+ RX 6700 XT is for its custom cooling and special-sauce software.

Sapphire’s 6700 XT brings back the new cooler design introduced with the Sapphire Nitro+ RX 6800 XT, but with a few minor tweaks. The card still sports the same cyberpunk-esque black-and-silver design, with gorgeous RGB lights illuminating the logo on the backplate, the long light bar on the edge of the backplate, and the Sapphire name on the side of the card. That lighting bleeds through the small cutouts spaced across the metal backplate, a nice aesthetic touch.

The shroud itself includes a trio of “hybrid fans” that merge characteristics from both axial and blower-style fans, improving airflow and air pressure compared to yesteryear’s axial fans while keeping noise levels low. Each fan comes loaded with 12 of the slim, swooping blades, set shallower than you normally see.

A closer look at the Nitro+’s hybrid fans. If you click to enlarge this image and look closely, you can see Sapphire’s unique “wave fin” heatsink underneath.

Under the plastic shroud, Sapphire improved the Nitro+’s cooling capabilities with some significant alterations for this generation. Here’s what we said about the Nitro+ 6800 XT’s interior, which still holds true for this version of the Nitro+:

“The Nitro+’s heat sink runs the card’s full 12.2-inch length, featuring a new wavy fin design that Sapphire claims helps to cut down on wind noise. The metal over the GPU itself tapers down with a V-shaped notch to “accelerate and centralize” the airflow around the chip, per Sapphire. Sapphire also included a standalone metal cooler with its own heat sinks and heatpipe for the memory, voltage regulators, and chokes. Taming temperatures on those components always helps, but it should prove especially welcome during overclocking attempts.”

Spoiler alert: Sapphire’s fancy new Nitro+ cooling is frighteningly effective when applied to the Radeon RX 6700 XT, as you’ll see later. It looks damned good in your system too.

The Nitro+ includes an ARGB header to coordinate with your motherboard’s lighting.

Sapphire also outfits the Nitro+ 6700 XT with an ARB header at the tail end of its PCB, allowing you to synchronize your graphics card and motherboard lighting—a great feature we’re starting to see more often on premium boards like this. Keep it up.

That won’t work with my fat fingers!

The Sapphire Nitro+ also includes a physical BIOS switch, and even it offers more functionality than usual. Most custom GPUs offer a dual BIOS switch, but the Nitro+ includes three toggles. The rightmost “Performance Mode” BIOS runs at the full 2,548MHz Game Clock speeds and boosts the card’s power limit to 211 watts, while the middle “Quiet Mode” switch dials those slightly back to 2,433MHz and 186 watts to run even quieter and cooler. The leftmost option, on the other hand, enables the ability to swap between Performance and Quiet modes using Sapphire’s Trixx software rather than having to physically open your case and toggling the BIOS switch over—a very handy and very practical feature indeed.

The only downside is where it’s positioned. The Sapphire Nitro+ RX 6700 XT is a big graphics card, measuring 3 slots thick and 12.2 inches long, and it’s wider than usual too. Sapphire’s BIOS switch is set back along the edge of the board’s PCB, and the shroud extends around and in front of the tiny toggle. You’ll probably need to stick a pen or something in there to actually be able to move it. I recommend leaving it set to its Performance Mode default (which is already virtually silent) or using the Trixx software for BIOS management instead.

Speaking of Trixx, Sapphire has refined it over the years into a truly useful piece of graphics card management software, earning it a spot next to EVGA’s Precision X1 and MSI’s Afterburner. You’ll definitely want to install it from here if you pick up the Nitro+. Trixx includes an overview of your card’s hardware, a Nitro Glow tab that manages the onboard RGB lighting, and a Fan Health Check that can warn you if your blades are on the verge of giving out.

But the most important feature is Trixx Boost. Like the triple BIOS switch, this is a Sapphire innovation with killer practical application. Trixx Boost slightly lowers the resolution of your output image, then cleans up the picture using AMD’s awesome Radeon Image Sharpening feature. The end result? Massively faster performance in games with little or no image quality degradation at 1440p resolution. Trixx Boost is so important to the Sapphire Nitro+ RX 6700 XT’s value proposition that we’ll cover its performance in its own section after our standard benchmarks.

Now let’s get to those.