Ebb Software released another monthly update for Scorn, this time focusing on weapons. Although there is shooting within the game, the developer stressed that "Scorn is by no means a shooter," as its guns will rather be optional tools to progress throughout the story.

Weapons usually play a critical role in survival horror games, but the genre is very different from that of a shooter, and Scorn is no exception. The studio is trying to invoke the feeling of tension and discomfort among players, therefore, ammo will be extremely scarce. You shouldn't feel overpowered when exploring the environment, but the experience becomes one-dimensional and less interesting with too little ammo or none at all.

CEO Ljubomir Peklar oversees every step of each weapon creation process, from concept to completion, ensuring weapons are consistent with the overall vision. "Humans have a strange relationship with their tools, especially weapons," he said. "How a player or character's behaviour changes when they obtain a weapon is an interesting underlying theme that I've kept in mind during development." 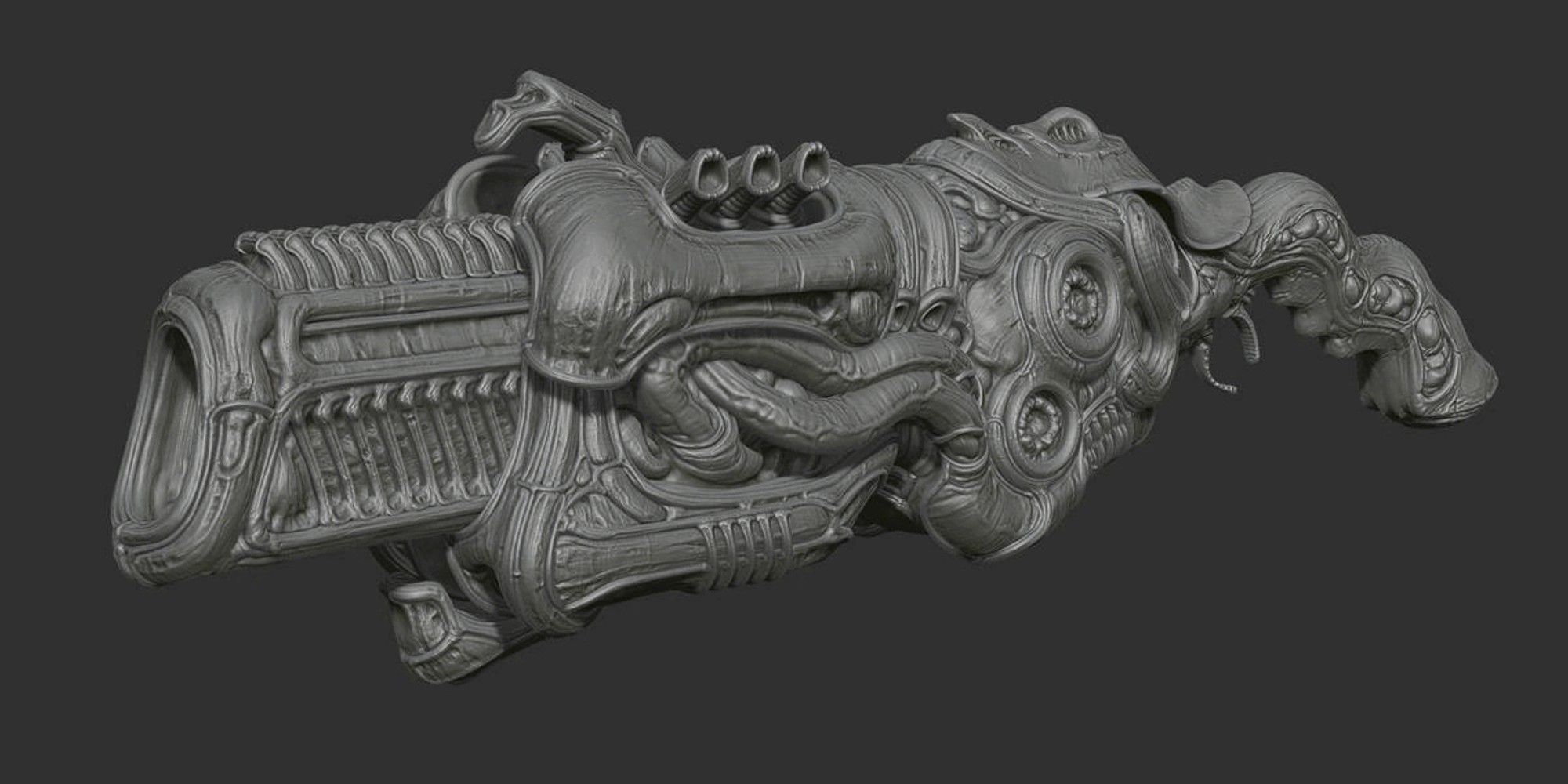 Ebb also shared several brief clips featuring "guns" in Scorn, as well as high-detail 3D models of some of them. Players can expect them to be relatively standard in terms of functionality, like a pistol, shotgun, or grenade launcher. There will be a melee weapon in the game as well, which also doubles as a tool to interact with various mechanisms you can find. "It's always a delicate balancing act between the strange and familiar," Peklar explained.

The studio started sharing Scorn news regularly this year, shortly after the infamous developer update last November. Back then, the team said it had been too busy to share its progress and even suggested fans "ask for a refund and be done with it." From then on, Ebb Software apologized for the hostile tone and now provides regular updates for the community.

During the recent update, the devs confirmed they are still on track to launch Scorn this October on PC and Xbox Series X/S. The game will hit Game Pass on day one.