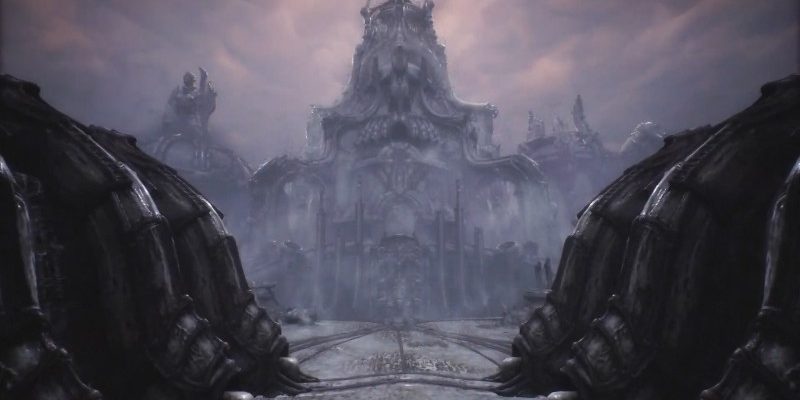 Ebb Software showed a new trailer for Scorn at today’s Xbox Games Showcase, and the first-person horror adventure continues to look just as disturbing as ever.

Drawing clear lines of inspiration from the famous artist, H.R. Giger, Scorn features some of the same disconcerting imagery that is a part of the art from movies like Alien, in which biological and mechanical elements seem to merge.

The new trailer continues to embrace those elements, with more than a little bit of body horror mixed in for good measure. The video shows numerous instances of disconnected human appendages attached to strange, non-human machines and creatures. And the protagonist appears to be horribly mutilated in the brief glimpses we get of their arms and other body parts.

Ebb has stated in the past that Scorn is aiming for a cohesive “lived-in” world, in which players are thrown in the deep-end by arriving and having to try and grasp what is even happening in the spaces they explore. Environments are said to be maze-like and individual regions are open and exploreable, but interconnected with other distinct spaces.

The developers are also touting the game’s focus on full-body awareness. Rather than have items simply floating in the world and having them picked up by magic, every object is a real thing that your character must lift or move with their own hands, hopefully leading to a greater sense of immersion. And, given the subject matter, a likely greater sense of disquiet.

While the environment and creature design is certainly impressive, I continue to have a number of questions about the nature of gameplay in the project. I’m eager to understand more about the nature of the puzzles and characters that are part of the surreal game world, but this latest trailer does little to illuminate either.

Scorn is headed to Xbox Game Pass, but more generally will be available on Xbox Series X/S, Xbox One, PC, and on the Cloud when it releases on October 21, 2022.