One of the coolest features of the 1994 Genesis game Sonic & Knuckles was the ability to lock-on previous Sonic cartridges to access new content. This resulted in players being able to use new character Knuckles in both Sonic The Hedgehog 2 and 3. While mainly a way to get around technological limitations of the time period, it was a concept that Sega marketed with expertise. Most ports of Sonic 2 don’t include this option, though.

Thankfully, Sega is doing better for the game’s upcoming Switch port. In this week’s issue of Famitsu magazine, Sega announced that the Sega Ages port of Sonic 2 will let players play as Knuckles. Since these Switch conversions are typically all-encompassing re-releases, this makes a lot of sense.

The downloadable re-release will mimic the lock-on tech that Sega touted and let players experience Sonic 2 just like in the past. If that wasn’t enough, features introduced in the 3DS port of Sonic 2 will also make their way to this Switch release. This includes the “Ring Keep” mode and the ability to start the game with all seven chaos emeralds in your possession. Sonic Mania’s drop dash skill (which was added in the Sega Ages Switch port of the original Sonic) will also be present and accounted for. 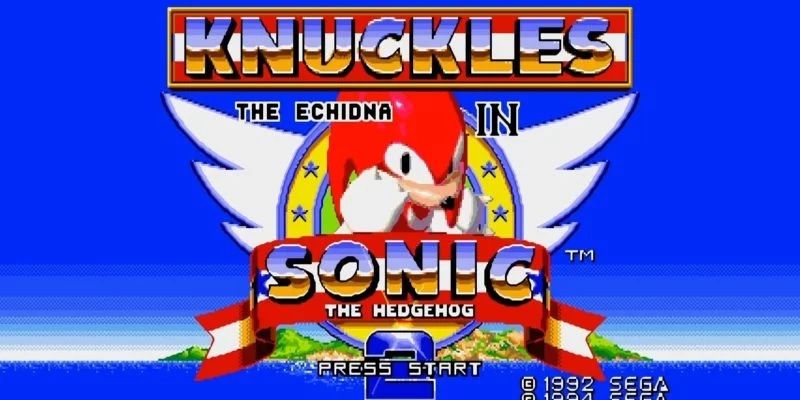 Announced back in 2018 when Sega started developing these ports, Sonic The Hedgehog 2 has been a long time coming. Many fans consider it the best of the Genesis titles, if not the entire Sonic franchise. Its impact in the industry can’t be overstated. The original may have made waves, but Sonic 2 cemented the blue blur as Sega’s de facto mascot.

The Sega Ages ports may be a little pricey for some, but these releases are top quality. Developed by M2, each game includes numerous additions, tweaks, and variables that let players experience them however they want. They really are the best possible versions you can buy, save for a complete remake.

Sonic The Hedgehog 2 is currently scheduled for a release in 2020 on the Japanese eShop. With Sega making strides to keep regional parity with its Sega Ages releases, the west will likely see this port releasing sometime during the year.