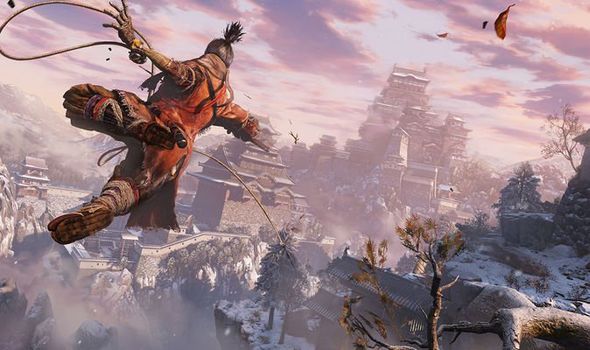 Before we dive into the gristly, grisly meat of this review, I need to get a few confessions out of the way. My first is that I am a lifelong Japanophile, and thus the Far Eastern fantasy setting of From Software’s latest release has been whipping me into a frenzy of katana-craving anticipation for months.

My second is that I absolutely loved Bloodborne; the Victorian horror setting, the horrifyingly slow and tragic creep of the plot’s unravelling, and the masterful combat mechanics had me gorging myself on From Software’s gothic masterpiece like a blood-starved beast.

Pretty much a guaranteed five-star review for Sekiro then? Not necessarily… because my final admission, which is sure to be the most controversial, is that I completely bounced off From Software’s epoch-making Dark Souls when I first played it.

Worse still, despite the torrents of praise lavished upon it in the years since its release, I have never gotten round to revisiting it; and because of a misguided determination not to experience things out of sequence, I have never played its sequels either. 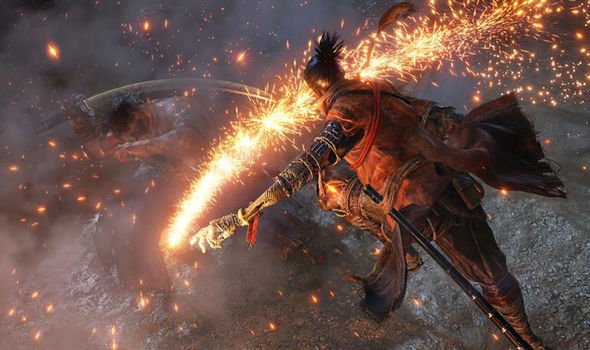 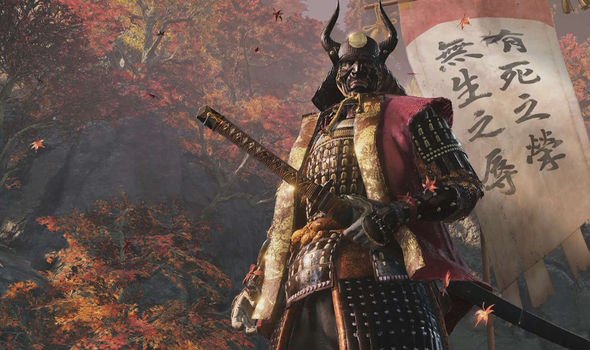 If you haven’t closed your browser in disgust at this revelation, I thank you for your patience… which perhaps leads us to the crucial point. Unlike the fast-paced, visceral violence of Bloodborne, the battles in the Souls games demand reserves of patience from their players that I simply do not possess. And it is not just patience that I lack – the ability to study and learn attack patterns, to wait for the opponent to strike before launching a devastating counter-offensive – but also skill; I am a mediocre gamer at best, and had to use Bloodborne’s summoning feature to enlist kind-hearted online players to help me muddle my way through the game’s more difficult bosses.

In these regards, Sekiro is certainly cut from a cloth closer to Souls than it is to Bloodborne. The combat requires you to slowly circle your enemies while you carefully probe for an opening, and the game introduces stealth mechanics, rewarding you for meticulously planning your approach to an area with the opportunity to administer artery-slicing deathblows to unsuspecting sentries.

Progress is made by inches, agonisingly earned by mastering new skills and acquiring new abilities to give you the slightest edge against each adversary.

And then there are the bosses. My God, those bosses. Remember when Gehrman and Maria were Bloodborne’s best battles, because their flowing, realistic and varied move sets made you believe you were engaged in an actual duel to the death, rather than simply playing a video game? From Software have taken that concept and expanded it into an opus of intricate swordplay, with enemies employing slash, thrust, sweep and projectile attacks to test your reactions and ingenuity to their limits.

And if fighting a series of (absolutely rock hard) human opponents sounds in any way dull, then please don’t get your kimono in a twist; From Software has bolstered the opposing ranks with an array of monsters plucked from the darkest depths of Japanese mythology.

I won’t spoil them here, but suffice to say that these are some of the most creative, realistic, challenging and (eventually) satisfying boss encounters you will ever experience.

From a plot perspective, the story has some intriguing characters and a terrific setting in the war-torn, diseased purgatory of feudal Ashina.

Sekiro himself, the one-armed protagonist whose prosthetic replacement limb was the tantalising centrepiece of the original teaser trailer, is as taciturn and honour-driven as you might expect, but also mysterious and likeable. I love that the game defaults to Japanese language with English subtitles, and would urge you not to change this – it really does feel as though you’ve been plunged into your favourite samurai movie.

It could be argued that these changes are merely cosmetic, that Sekiro is simply Dark Souls with a Japanese re-skin. We still have bonfires (now Sculptor Idols), we still have regenerating enemies, and we still have stiff penalties for dying (now punished by losing money instead of souls or blood echoes). From have tinkered a little here and there with their magic formula – Sekiro can swim and jump, and has the ability to resurrect once after death, allowing a final glorious flourish in one of those devastating close-but-no-cigar boss battles – but ultimately this feels very much like a case of an unbroken thing not being fixed.

There are other issues. The stealth feels very dated, with enemy soldiers blissfully ignoring the corpses of their friends as they wander endless laps of their crumbling castles, and they are far too quick to completely forget you if you run out of their line of sight for a few seconds. Talking repeatedly to NPCs often yields repeats of the exact same dialogue, which feels sloppy, and their static placing in the world seems unforgivably ‘video gamey’.

But these really are minor issues when you’re having so much old-fashioned, murderous, blood-drenched fun. Sekiro is an excellent game, made with all the originality and finesse we have come to expect from From Software, and you don’t have to be a battle-hardened Dark Souls veteran to enjoy it.

Just heed my advice, when you emerge battered but victorious from a titanic struggle against a noble samurai warrior: make sure you don’t get knocked off a cliff by a giant chicken.

This game was reviewed by Jon Richter, writer of dark fiction and connoisseur of weird stuff. Follow him on Twitter @RichterWrites or visit his website at www.jon-richter.com.