Once you've gotten to know your companions in Shadowrun: Dragonfall, some of them will decide that you're the best person to help them out with some personal issues. For Glory, your cyberware-bedecked combat medic, this involves heading back to Feuerstelle and taking on the cult leader responsible for all her trauma.

During this mission, you'll encounter Marta, Glory's ex-lover, and a very important person in the hierarchy of the cult. It's possible, through the art of conversation, to convince Marta that following the cult's ideals doesn't make sense, but it's also possible that Glory will just kill her right there and then. It's a conversation that takes finesse. 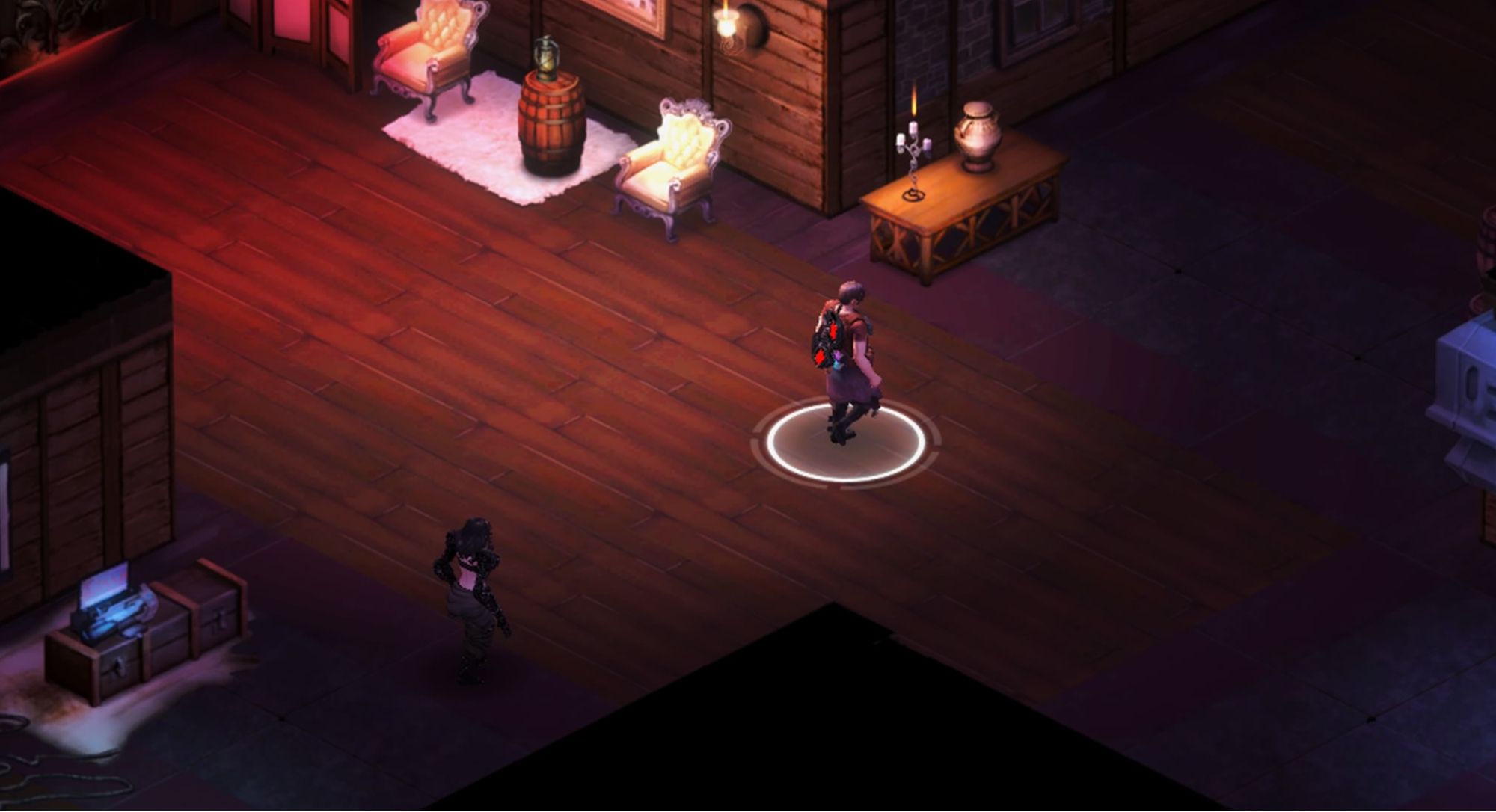 First thing's first, it's important to know that if you wish to be as successful as possible in this mission and convince Marta to join your team (temporarily), you'll need to do some investigative work in Feuerstelle.

You'll know which door leads to the confrontation with Marta as Glory will warn you of it. Make sure you have done all of the following tasks before entering the door:

There are two lounges, one with the tri-vid player and another with Glory's ring and the bloody clothes.

It is useful to have the Academic Etiquette unlocked, but by no means necessary. It just makes the dialogue tree at the end of this article a bit easier to navigate.

Once you've completed all those tasks, you'll be armed with everything you need to navigate the upcoming dialogue safely.

How To Stop Glory Killing Marta 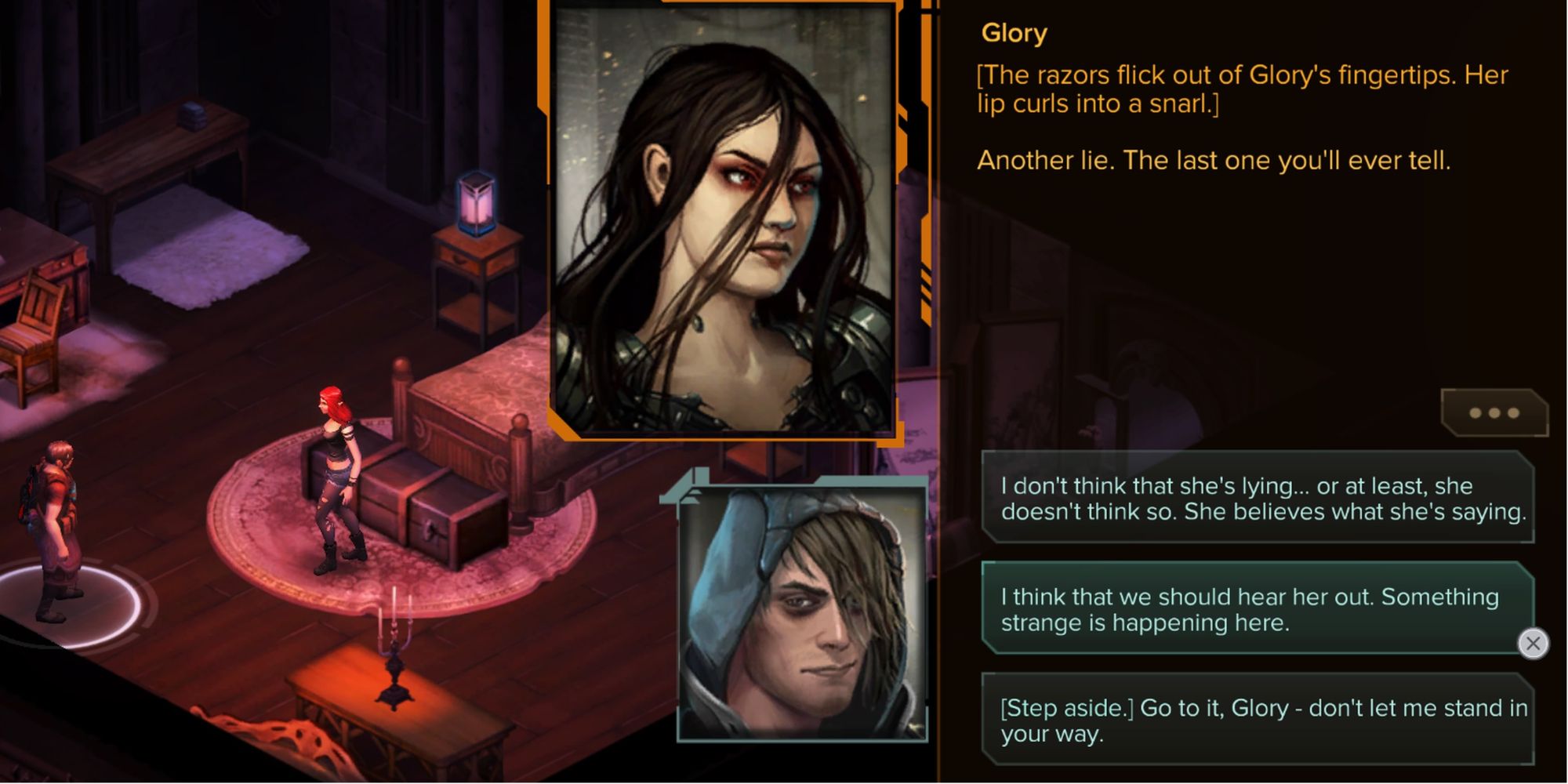 The first thing you'll have to do in this conversation is convincing Glory not to kill Marta right there and then. She's brimming with rage and doesn't believe a word that Marta says, so you'll need to convince her that Marta can tell the truth.

Once Glory unsheathes her hand razors, you'll need to pick the following dialogue options to make sure she doesn't kill Marta:

If you forgot to pick up Glory's Ring, you can also use the dialogue that mentions how the shrine is affecting her mind to convince Glory.

How To Convince Marta To Join You 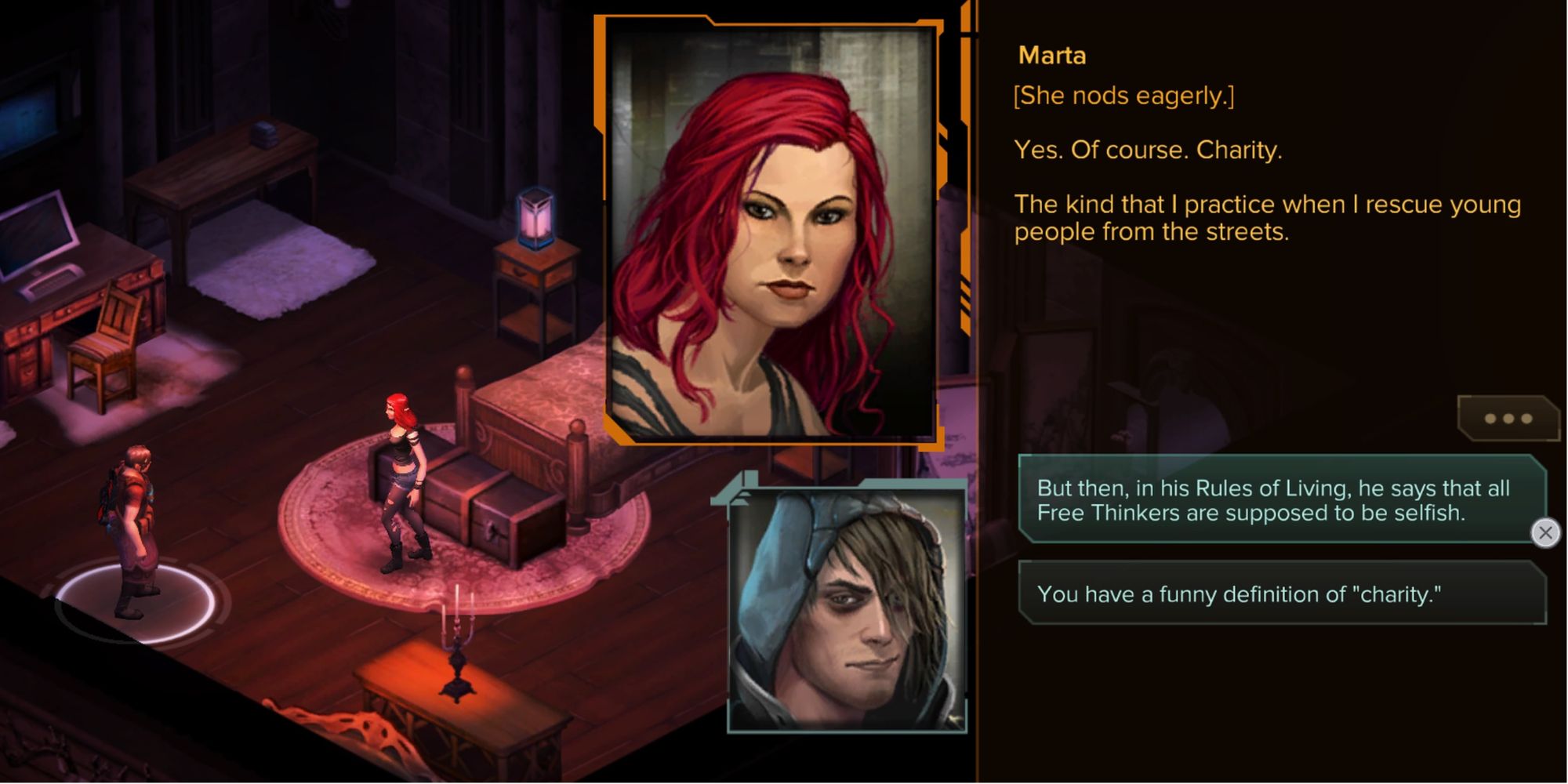 With Marta safe from Glory, you'll now get the opportunity to save Marta from her conditioning. You'll be presented with many dialogue options that seek to enlighten Marta on how illogical the cult and its beliefs are, and they're unlocked depending on the tasks you completed in the Preparations section.

There are five possible options that will push Marta towards freedom. If you use three of them, you can convince Marta to give you the amulet that you need without a fight. If you can use four or five of them, Marta will keep the amulet but she'll join you.

During the conversation, point out these five facts:

With enough of these dialogue options used, Marta's willpower will break and you'll be able to convince her to join your side. It's also possible to make her leave forever at this point, which means she won't be around for the boss fight.

If you reveal that your plan is to kill Harrow when you open the door to the altar, Marta will turn on you, forcing you to kill her. 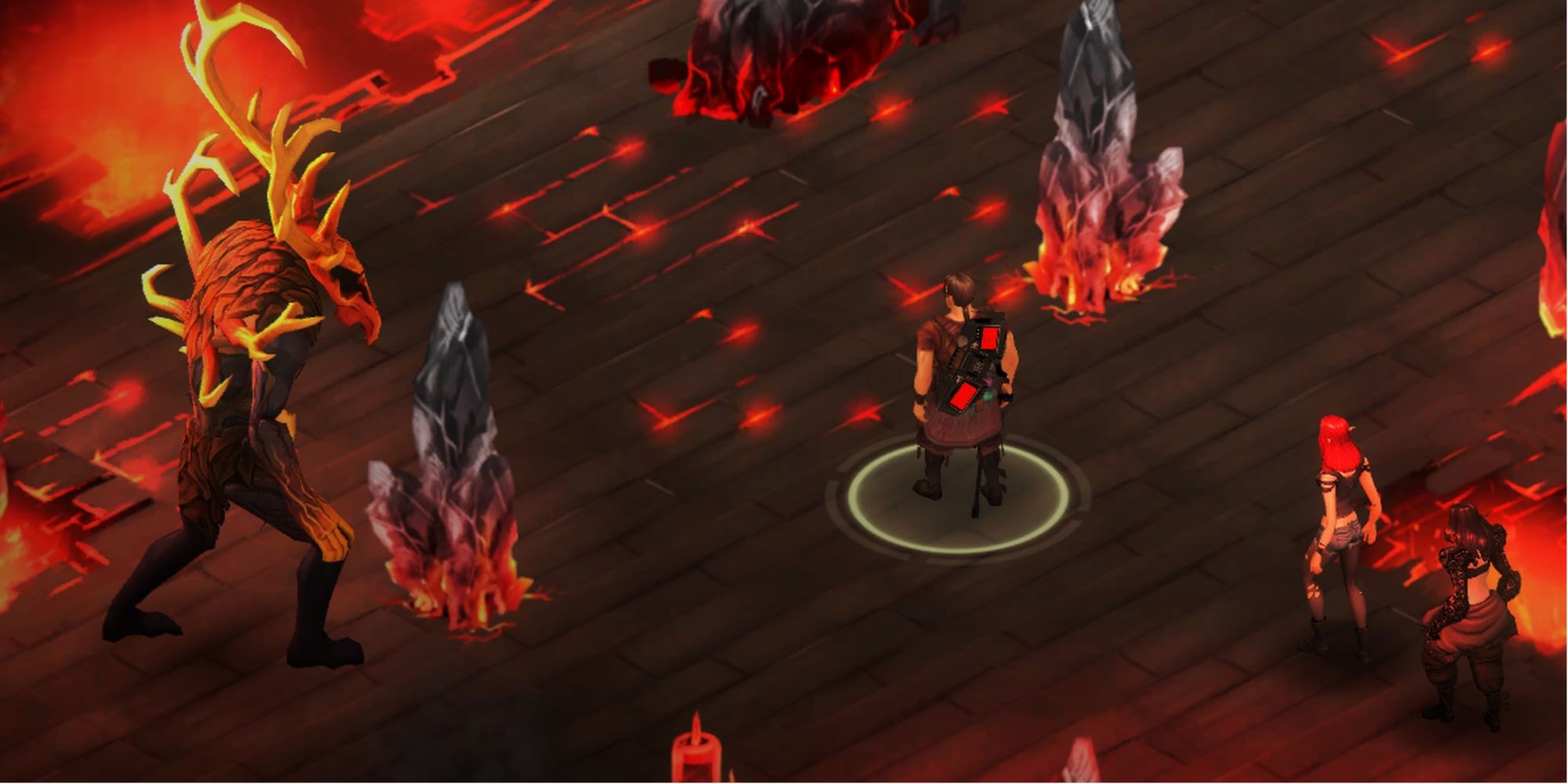 When you reach the Heart of Feuerstelle you'll get the chance to decide between destroying the spirit or purifying the spirit and saving the cultists. How Marta behaves here will depend on your choice: