Silent Hill is finally back, but that doesn't mean Konami has the domain back. It's still owned by fans who have immortalised a tweet from Pyramid Head creator Masahiro Ito: "I wish I hadn't designed [fucking] Pyramid Head."

The domain's ownership expired earlier this year, so someone else jumped in and bought it, which many took to be a nail in the coffin for Silent Hill's return. If Konami isn't even bothered about the website, what are the odds it has games to announce and showcase? Slim, maybe, but it happened, and for anyone out of the loop who wants to find out more and decides to pop over to the 'official' website, they'll now get a funny little tweet instead.

In reality, Konami was never great at keeping hold of the Silent Hill website. It let it slip in 2019, too, and it went on sale for nearly $10,000. For that price, you could get around 40 boxed Silent Hill PS1 games on eBay – they are rare. But maybe Konami will remake it if all goes well with 2, eh?

Ito's tweet also isn't that old, coming out back in February, though he added, "I don't tweet the reason." Regardless, he's working on 2's remake with Bloober Team, and that's the game that debuted Pyramid Head all those years ago.

Konami doesn't seem too worried about losing the domain. Instead of fighting to get it back, it opened up a Silent Hill portal on its own website, which now houses the Transmission and all of yesterday's reveals. It's a bit clunkier finding it, since you have to either search up Silent Hill Konami, Silent Hill website, or enter konami.com/games/silenthill, but it works. You won't find any angry Ito tweets there, mind. 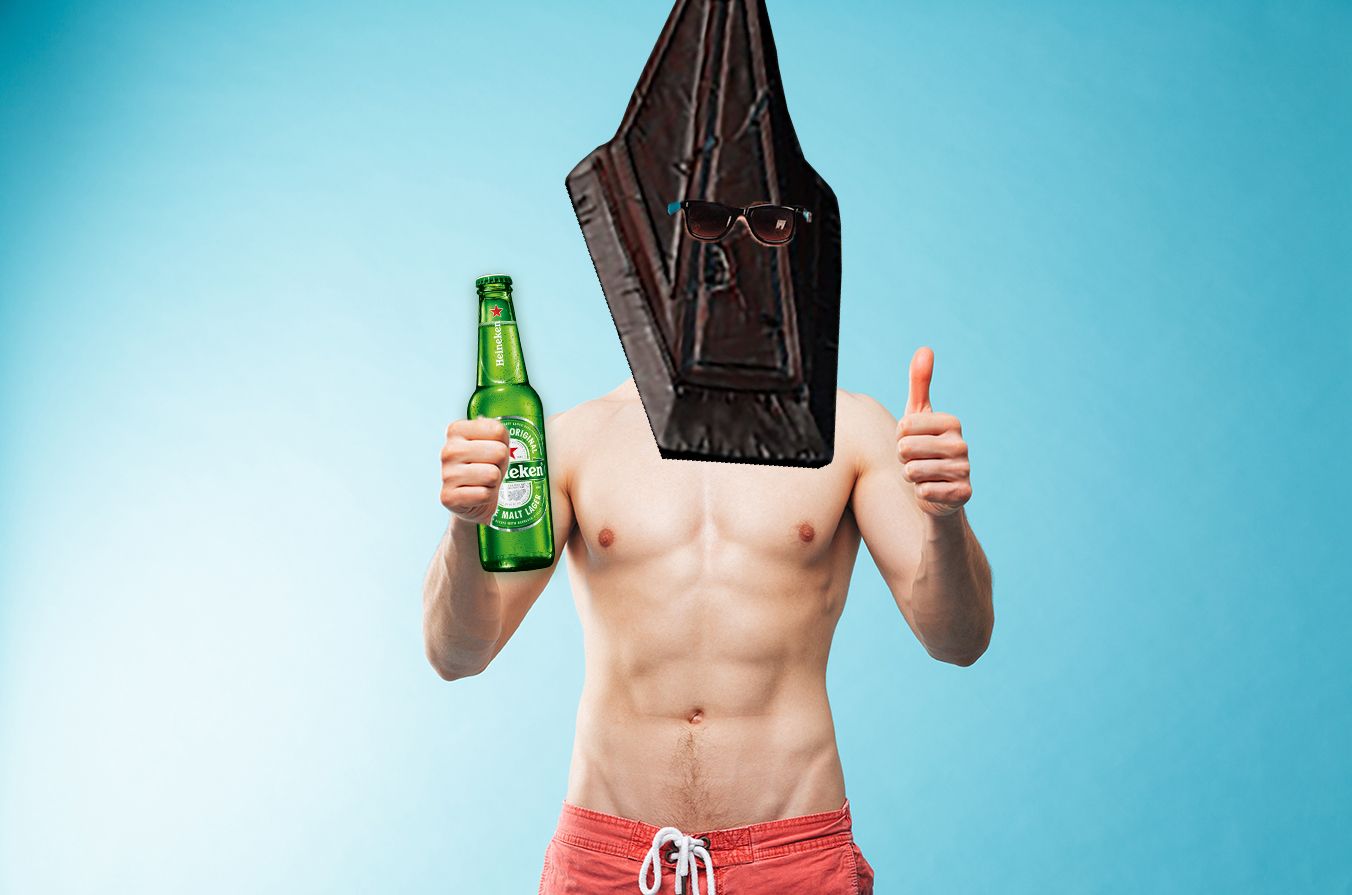 While Ito won't say why he regrets making Pyramid Head, he does hint that it's because Konami keeps dredging him back up from the vaults to shovel out crossovers and other appearances, making him a key part of the brand. He wasn't in the first game and was designed to be very personally connected to 2's protagonist James Sunderland. It's a bit like having Nemesis, who was made to hunt STARS members, reappear as a villain in Resident Evil Village to go after random civilian Ethan Winters. It wouldn't really fit, even if Nemesis is iconic.

Backing that up is one commenter saying Konami needs to send Pyramid Head on vacation, which Ito responded to with a laughing emoji. The image of Pyramid Head in an all-inclusive Benidorm resort, holding a Heineken, and wearing some tight swimming shorts, has made me wish Ito never created him as well. Still, I couldn't leave that image in my head, so I had to make it. But we love him. Pyramid Head is a terrifying villain.