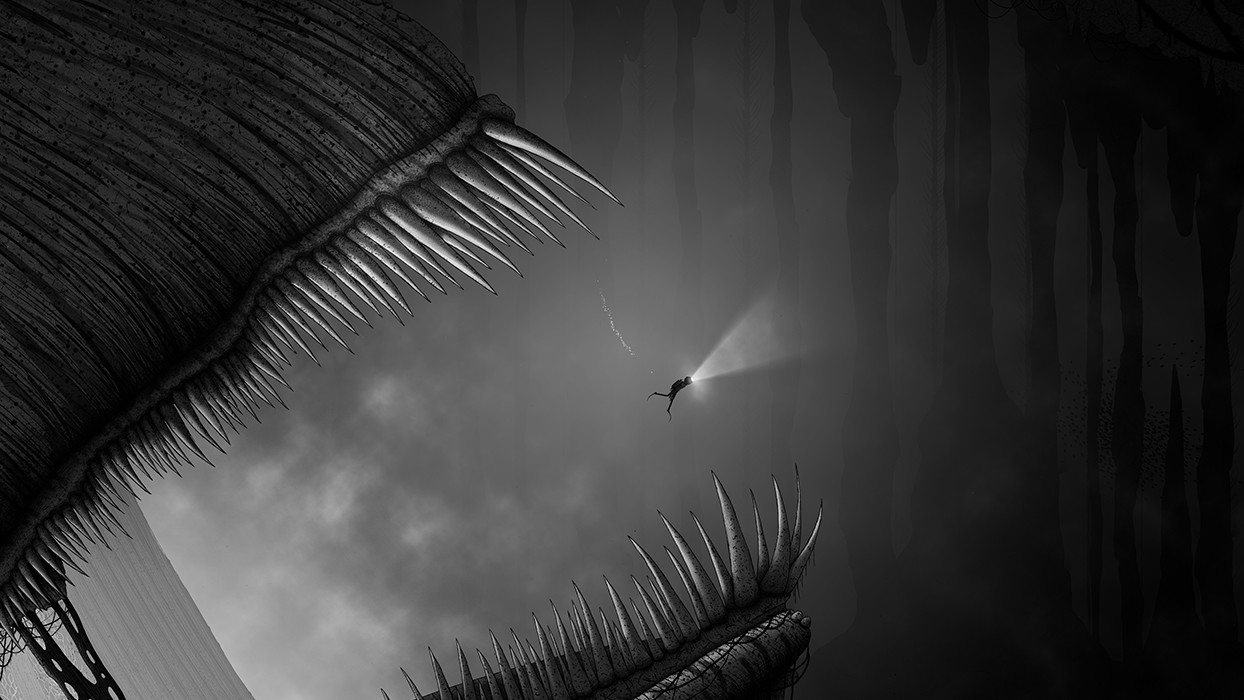 GameCentral reviews new indie puzzler Silt, which looks like Limbo but is very much its own game.

The UK’s thriving indie developer scene offers the perfect riposte to those who maintain that the modern games industry has become too corporate and cash-obsessed, and Silt might be the very epitome of that. It’s charming, inventive, distinctive, and thoroughly playable – and is the first game made by a two-person team previously employed as a visual artist and a behavioural scientist, although one suspects they will simply call themselves games developers from now on.

With its monochrome graphics and side-on view, Silt has inevitably been likened to 2010 indie classic Limbo, but in reality, it has more in common with the likes of Flow or In Other Waters. It’s wonderfully minimal, with no dialogue or any attempt at a narrative beyond an initial scene-setting poem, but the underwater world it presents manages to be weird and intriguing, yet sufficiently rooted in familiarity that you’re always able to work out what you must do in order to progress.

Silt puts you at the controls of a diver equipped with flippers, a head-torch which can be toggled on and off, and, crucially, the ability to possess most of the marine life you encounter. Each species of marine life in the game’s underwater world has a unique ability and from one fish you can transfer control to another, which breeds the possibility of some surprisingly complex, but always rewarding, puzzle-solving gameplay.

As in the real ocean, Silt contains a hugely diverse array of aquatic fauna. At first, you encounter pretty simple species – tiny fish that can wriggle through inaccessible spaces, piranha-like biters that can sever cables which are getting in your way, and hammerhead sharks that can bash holes in certain parts of the environment.

As you progress, you get to control species with more imaginative abilities, such as ray-like creatures that can teleport a short distance through obstacles, and crabs which are confined to the seabed (although they can jump) but whose hard carapaces can disable machines which would otherwise kill you.

Often, you find yourself taking control of organisms simply so that they can effectively commit suicide. Even though they are clearly fictitious and rendered in black and white, sending them to their demise still manages to elicit unexpected surges of emotion, and that, really, is the essence of Silt. From a rigorously minimal foundation, it creates a world that your imagination adds a kind of narrative to.

It helps that it’s cleverly structured: you don’t just float around from one screen to the next. Instead, it’s split into chapters, at the end of which are bosses which must be dispatched, more by means of puzzle-solving than much fast-twitch action.

Every time you eliminate a boss and suck out their energy, you encounter one of the mysterious machines that prowl around in the very deepest waters, and their interiors provide a slightly more conventional side-scrolling puzzle-platform experience, albeit still underwater.

Factor in a gloriously appropriate ambient music soundtrack, which meshes perfectly with the stylised visuals, and Silt ends up providing a soothing, ASMR-style experience. Although you will encounter sequences in which there’s a bit of jeopardy it never becomes one-note and predictable.

For a debut game from a two-person team, Silt is surprisingly polished (for which credit is due to publisher Fireshine), but it isn’t perfect. It’s quite short – you can just about string it out to six hours of play-time – and doesn’t have many collectibles that might have enticed you back for replays.

However, its calming vibe and air of otherworldly escapism does render it one of those games to which you will return as the antidote to a bad day.

Ultimately, Silt is a small, reflective indie game that aims to be inventive and atmospheric, and if you treat it as such you should find it thoroughly rewarding. It will be fascinating to see what developer Spiral Circus does next.