Have you ever found yourself separated from precious loot by some stupid door that can’t be opened until later, or without first fighting through some incredibly creepy dungeon in Skyrim? You could play the game properly and attain the loot on the other side in the way that the developers intended, by getting the key or finding an alternative way inside, and you probably should do that on your first playthrough. But of course, you don’t have to.

As it would turn out, you can get through almost any door, wall or barrier in the game, and all you need is a small platter. Platters can be found almost anywhere, and despite being only worth five gold, are maybe the most valuable and useful items in the game. They can be found most commonly in houses or keeps, but can also be found in some caves. Make sure to stock up on plates, as each one can only be used for the glitch once. The best plates to use are the large silver ones that can be found at the Palace of the Kings, though any platters can be used.

How to Walk Through Walls 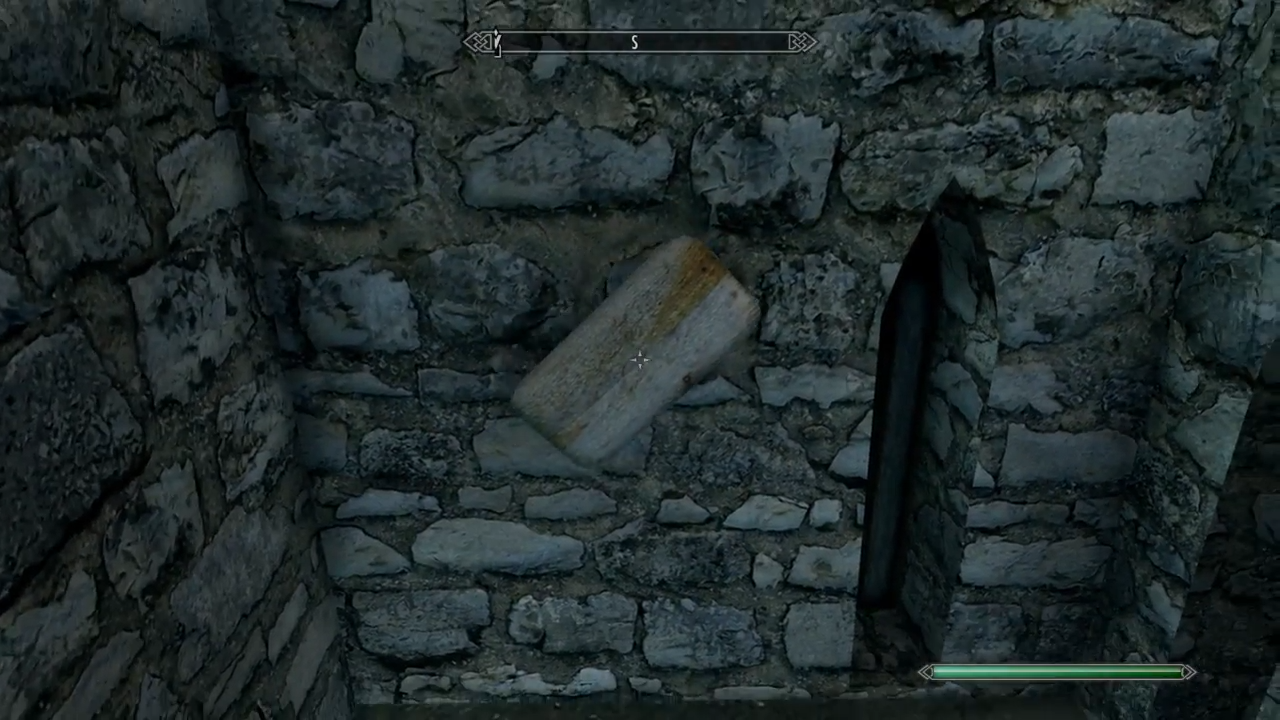 Approach the wall and push the plate up against it at head level. Once the platter is stable and face-down against it, simply walk into it, and the game will push you through the wall and eject you out the other side. 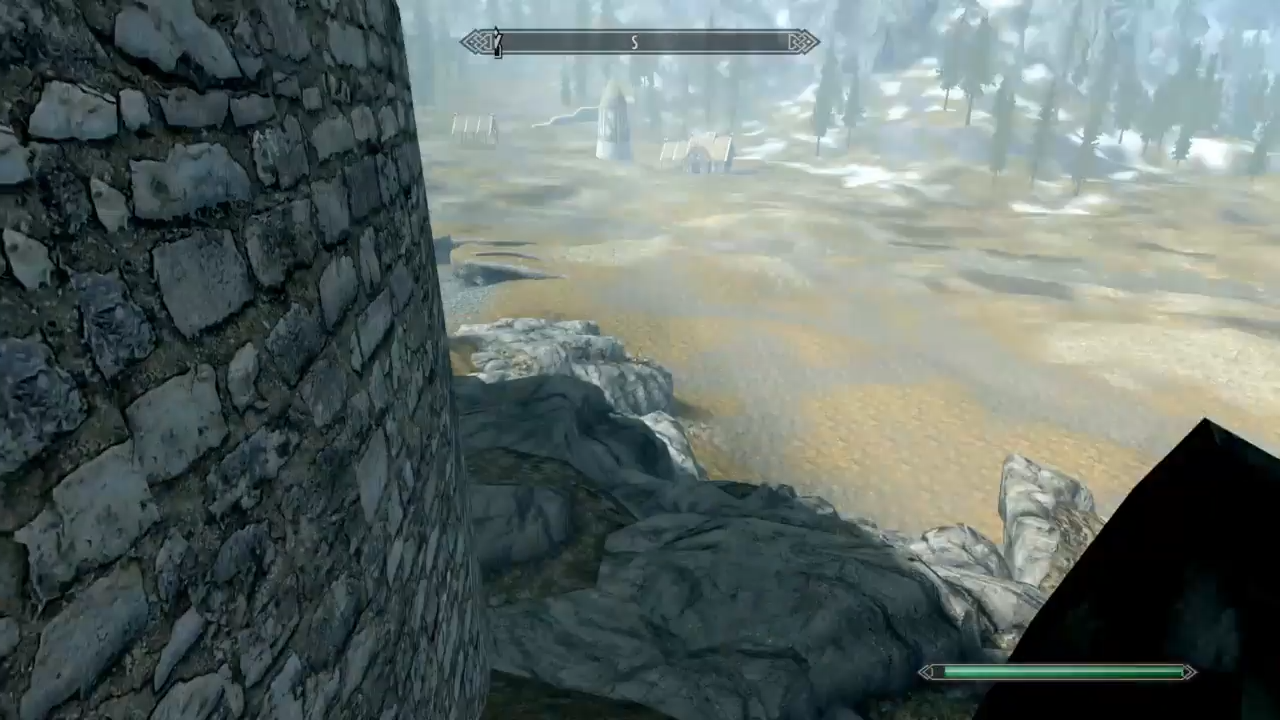 It really is as simple as that, though it’s possible that it can take multiple attempts to succeed. In the example above, you can see that the player has used a wooden plate to get outside the walls of Whiterun.

You must be careful with the glitch though, as you will drop the plate upon glitching through the wall. If you glitch into an area and you don’t have additional plates on your person, you may not be able to glitch back out, so always bring spares.

The uses of the plate glitch range from incredibly useful and timesaving to completely useless but a lot of fun. Some useful ones include using this the glitch to attain the Dwarven Black Bow of Fate without needing to fight the Dwemer Automatons in the Kagrumez ruin, though you will require five plates to get in and out. It can also be used to enter the Gyldenhul Barrow without needing to pick the master-level lock or attain the key found in the “Deathbrand” quest. Plate-glitching can also get you Black Book: The Winds of Change from Bloodskal Barrow, without needing to complete “The Final Descent”, by glitching through the wall at the end of the barrow, to the left of the “The Holds of Skyrim” book. 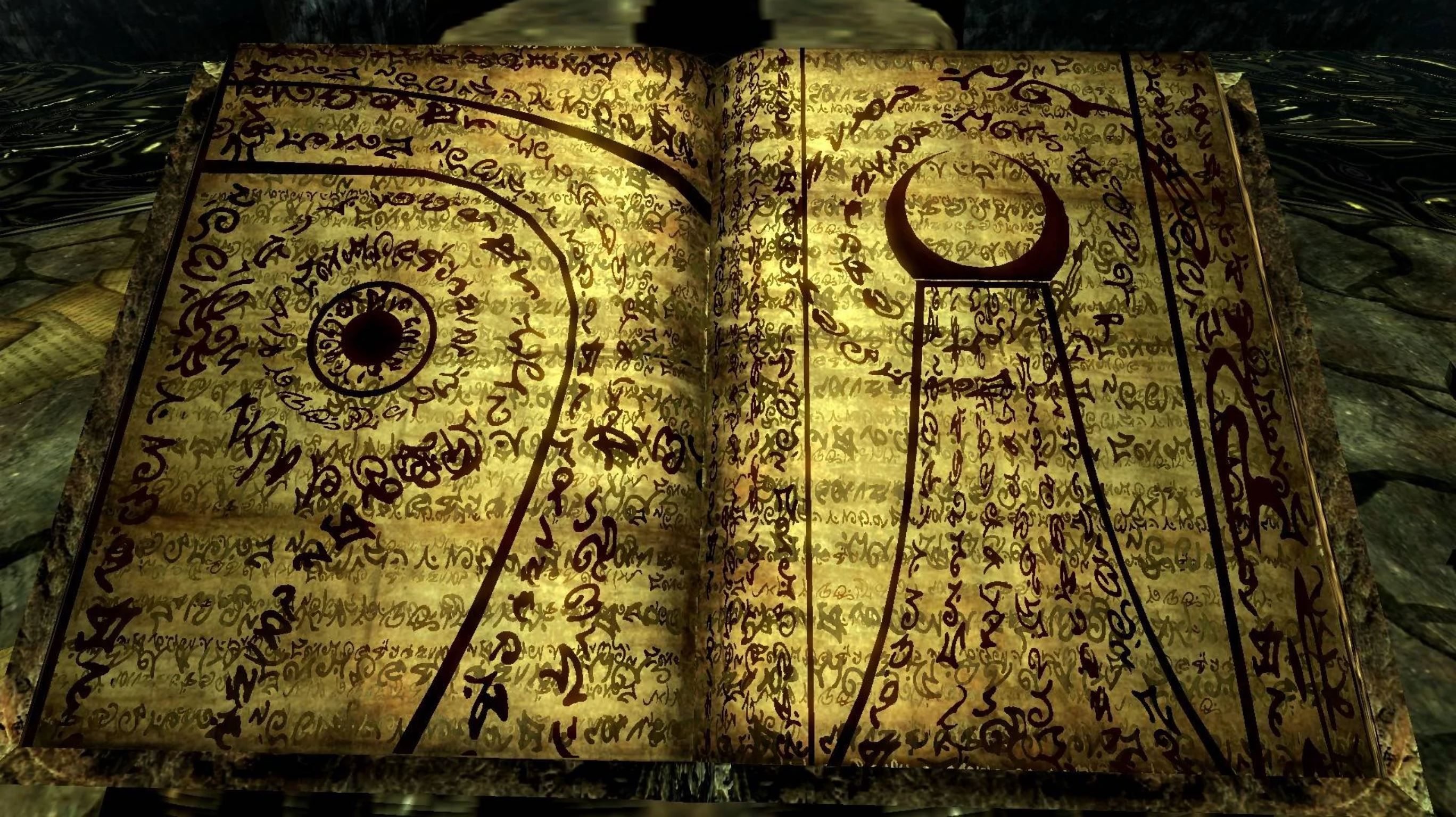 For some fun ones, in Elgrim’s Elixirs, you can plate-glitch through the left wall between the crates and barrels to reach a secret area with one of the infamous “Do Not Delete” chests. Another “Do Not Delete” chest can be found downstairs in The Bee and Barb. Plate-glitch through the wall opposite the shelf to reach the area with it. Maybe the most fun of all, the plate glitch can be used to get through the Whispering Door in the basement of Dragonsreach, where you typically interact with the Whispering Lady. It’s normally impossible to get into this room, and as such, the developers didn’t bother to make the Whispering Lady an actual human. By glitching through the door, you will get to see that she is actually just a flying table. Spooky. 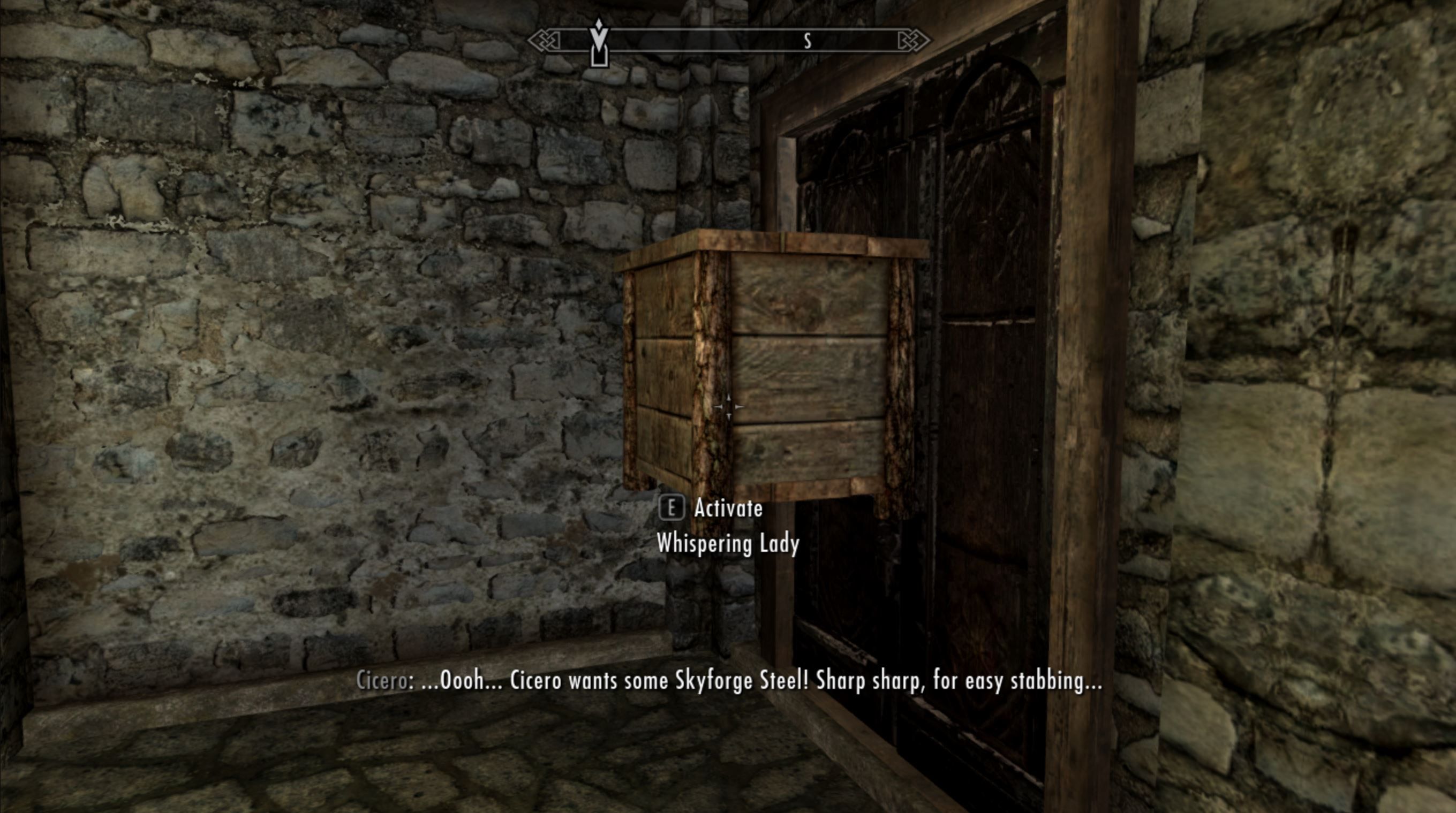