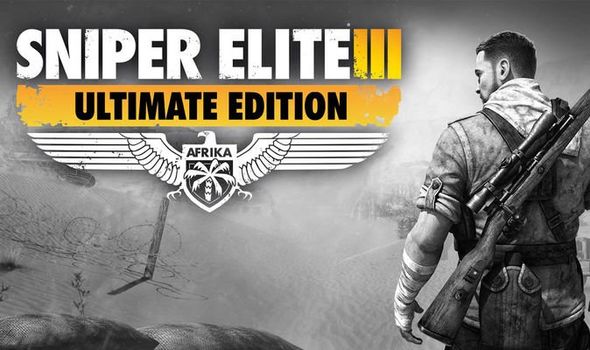 Sniper Elite 3 Ultimate Edition once again brings the brutal world of war to the Nintendo Switch, with a whole host of new bonuses.

While the game was initially released on the console back in 2014 – alongside its PlayStation 4 and Xbox One counterparts – this new version of the game brings with it a collection of the DLCs and bonus packs as well.

Ultimately this boils down to players being gifted a handful of new missions, and a few new guns to play around with on their travels.

The game itself is more-or-less unchanged, and rather demonstrates how well it can run with a smooth FPS and short load times even in undocked mode.

These features of the game’s technicality are much appreciated when working through the numerous amount of missions available to players.

Each mission – which is set in the blistering heat of Africa – requests players to do a number of objectives before reaching the extraction point.

These tasks can range from assassinating a person or persons; destroying a cache of ammunition; gathering intel; ending the onslaught of some artillery, etc.

Most of these missions ought to be approached as a 3D puzzle experience, as players will usually have to find the perfect route through the maze-like ruins of the nameless run-down African country without alerting the various soldiers surrounding the settlement.

Each level is enjoyable to navigate through, and eventually feels rewarding after working out where the best hideouts and escape routes are. Although some of the later levels feel a little too large, they are plainly well-designed and fun, despite not being entirely memorable.

Armed with a few guns, a player’s most trustworthy will quickly become the silenced pistol, which is used to carve a route through the terror to find a way to the hidden “sniper nests” in each level. 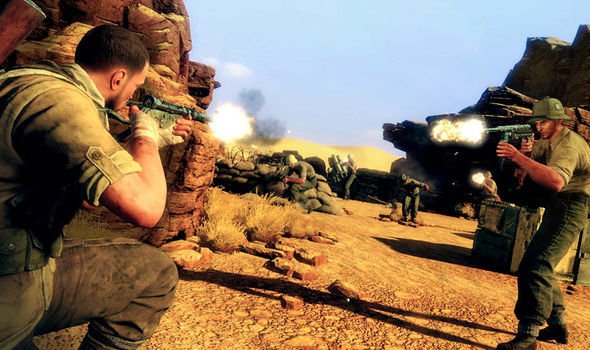 These nests are where the fun of Sniper Elite truly begin, as the player can hold up in these towers (usually) and begin picking off the soldiers throughout the levels without much fear of being caught.

There is, however, an added level of frustration present in the previous games as well, that is the inclusion of “sound”.

As players fire their high-powered rifle into the hearts and minds of nazis, seemingly every foe on the level instantly knows where the player is situated.

While it makes sense for them to know generally where the gunshot came from, it is a little frustrating finding the perfect sniping spot and instantly being found after taking out one enemy.

This issue is, usually, quelled by the inclusion of generators or loudspeakers which players can utilise to mask the sound of their gun – but when one isn’t around, the party is over pretty quickly.

Then again, realism isn’t what players enjoy in the Sniper Elite franchise: It’s the gruesome murders that they can commit. 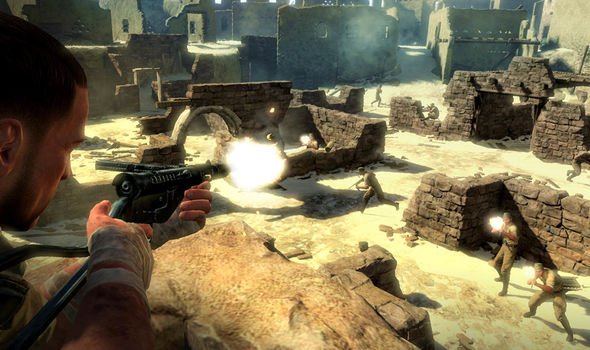 As players – and non-players – will know, each sniper rifle kill initiates a slow-motion cinematic kill-cam, which shows the bullet burying itself into whichever bone or organ was aimed at.

While entirely gratuitous and unnecessary, these frequent segments can be likened to the camp grind-house horror-movies from the ’80s and ’90s, and should be enjoyed as such.

There are few things as satisfying to experience in Sniper Elite than spending the best part of 30 minutes fighting your way to the top of a crow’s nest and taking one perfect shot at the mission target in slow motion. This is very much the game’s hook – if this doesn’t get you, Sniper Elite is not the game for you.

The DLC campaign missions involve killing Adolf Hitler, and protecting Sir Winston Churchill in a number of strange situations. Despite being interesting and – perhaps – unintentionally funny scenarios, the game’s main campaign is where most of the fun in the game can be found.

Unfortunately during play for review I did encounter a few bugs. 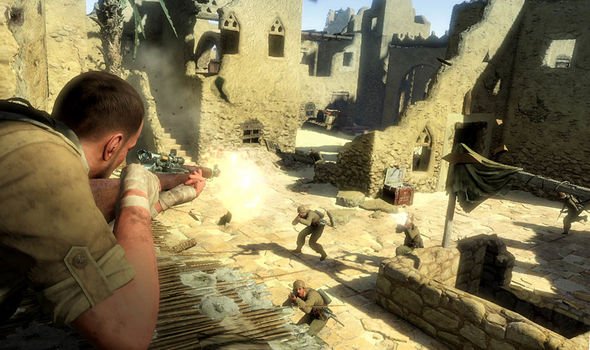 Although these can be summed up as annoying breaks in the game’s flow – getting stuck in a wall; enemies popping through a wall to kill you; being flung off a ledge whilst picking up a dead body, etc – it was completely frustrating to work through most of a level almost perfectly, to have your progress stopped by something out of your control.

Sniper Elite 3 Ultimate Edition for the Nintendo Switch is a simple, yet enjoyable experience. The game’s story is entirely forgettable, its tiptoe into the realm of gun and loadout customisation is better left untouched, and its Survival and Multiplayer modes can easily be ignored – but the gameplay is unmatched in what it does. There is something supremely entertaining about figuring out how to get through a mission and watching it all blow up at the end with one bullet into a gas canister, and the game knows this. Around every corner is another enemy to silently take down; and every car can be destroyed with a well-place bullet, mine, or grenade. Sniper Elite 3 Ultimate Edition knows what it is, and it knows how to do it well – and fans of the franchise are going to be thrilled they can take this on-the-go on the Nintendo Switch.