PlayStation and Xbox have been rivals for some time in the so-called console wars, and ever since Nintendo opted to go a different route, arguably starting with the Wii, Microsoft's console has been the main competitor to Sony since they occupy similar aims of wanting to be the biggest and most powerful. Sony may still be ahead in the race, but there have been times when its American rival has taught it important lessons.

Notably, this occurred during the PS3 era as the Xbox 360 introduced online features such as Xbox Live, then, later, with Game Pass. Sony has sought to catch up with its recently revamped PlayStation Plus subscription service. Now, it seems it's trying to play catch up in another arena: cloud-based gaming.

Sony has historically struggled with software and networks, while these are Microsoft's forte. With Game Pass it has worked hard on cloud gaming, and even partnered with the likes of Samsung to deliver gaming over the Internet on Samsung Smart TVs, for example. But a new patent suggests Sony is also looking to improve its cloud offering (via GameRant). 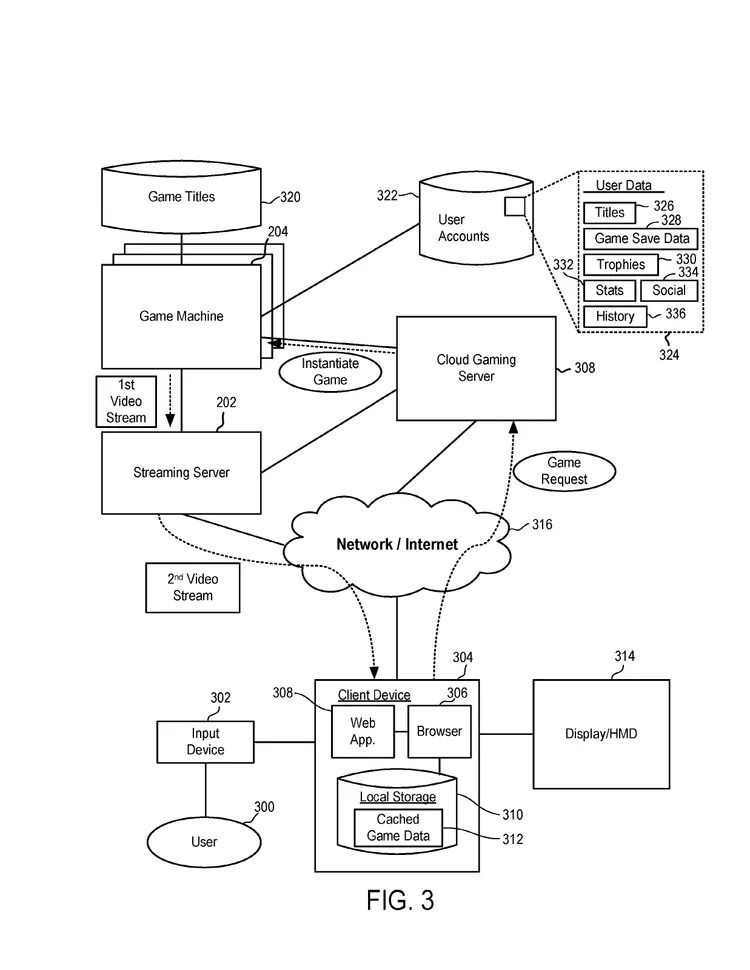 The patent is titled "Browser-Based Cloud Gaming" and the application describes a system designed as a more versatile version of the PlayStation Now cloud gaming service since that only works via a proprietary hardware device such as the PS4 or PS5. The new patent suggests a service that can run on a whole variety of devices just as long as they operate a web browser.

Cloud gaming allows those to stream a video game via an internet connection, with players able to instantly access the game without having to download it in full. It does require a fast and stable internet connection, but cloud gaming opens up the possibility to continue your game while you're on holiday for example, or moving around, just as long as you have a device able to connect to the online cloud.

With this patent it does suggest Sony is exploring these possibilites although it's still a gap between a patent and bringing it into reality as a consumer service. But with Sony setting its sights on having more live service games and ramping up its interest in online features, it wouldn't be surprising if a more flexible version of PS Now does come into fruition some time in the future.