The recently leaked third-person shooter from PlayStation that's rumoured to be in development at XDev might be being worked on in collaboration with People Can Fly, the studio behind Outriders and Bulletstorm.

A brief clip of an unannounced third-person shooter surfaced last week, offering a glimpse at what seems like an early version of a sci-fi action akin to Mass Effect or Outriders. According to Resetera user modiz (via Push Square), this mysterious unannounced game could be in development at People Can Fly, with XDev serving as a support team on the project on Sony's behalf. While nothing has been officially confirmed at this point, there's a strong piece of evidence to back up this theory.

The eagle-eyed user modiz spotted a small label saying 'Red' that can be seen in the bottom right corner of the leaked footage. As some gamers might remember, that is the codename for one of People Can Fly's five upcoming projects teased back in 2021. At the time, the studio revealed Project Red to be in the "concept development phase," and things may have progressed since then. 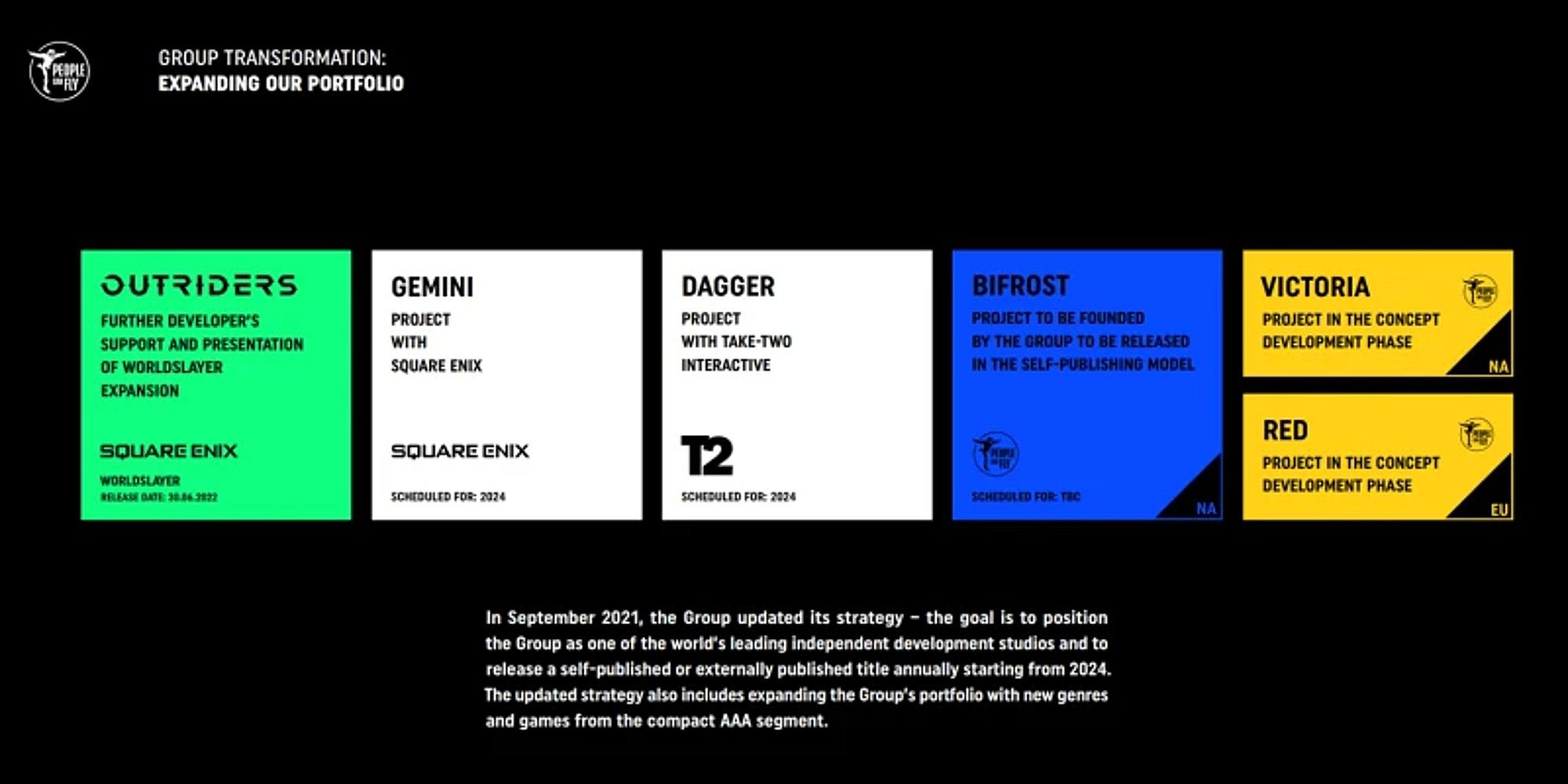 When you think about it, it starts making sense. The developer is known for its various sci-fi shooters, starting with Gears of War: Judgment and Bulletstorm to 2020's Outriders and last year's Worldslayer expansion. In addition, the leaked project is also believed to be using Unreal Engine – the tech that the studio has been working with for years.

On the other hand, 'Red' seems like quite a common name for projects in development among game developers, so it's naturally not guaranteed that PCF actually has some ties with this unannounced shooter. From previous leaks, we learned that the upcoming project is a new IP from Sony, and that is why XDev is involved in its production in some capacity. From the looks of it, the title is still far from completion, meaning we probably won't hear about it for quite some time.