Side-scrolling Source Of Madness has all the blistering elements of a dungeon crawler, featuring nine RNG-based levels that your Cultist must battle through in order to open the fabled third gate and gain access to the Moon. Don't get attached, though; as permadeath is a core component of roguelites, you'll select a new character with their own special abilities at the start of each run.

The fantastical realm of the Loam Lands is deliberately confusing for the first-time player, but these handy tips will have you hacking and slashing your way through monsters in no time. 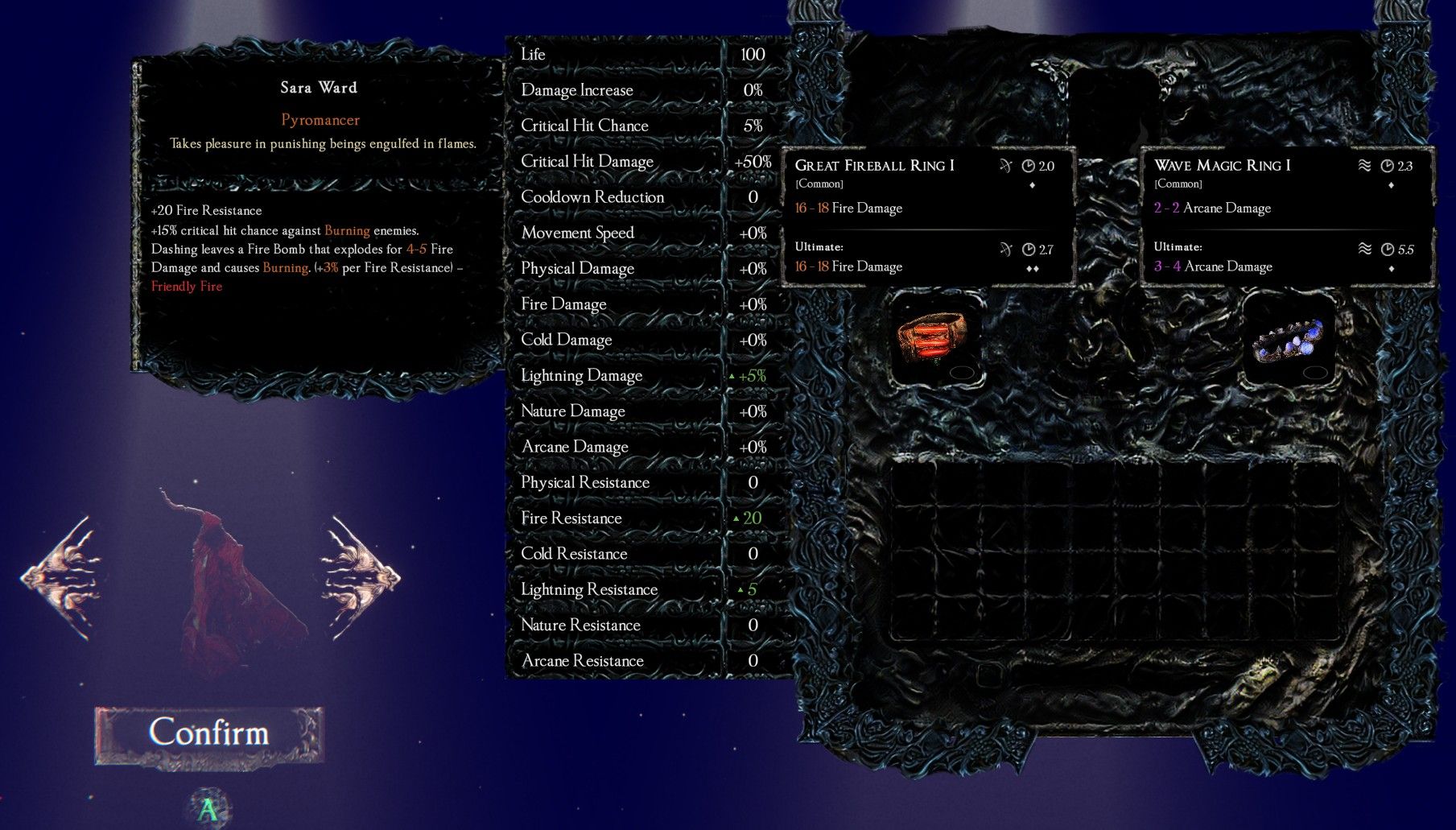 There are six unlockable types of Cultist to play as when you begin your journey from the Tower Of Knowledge. These characters have randomly-generated battle stats and health capacities, as well as two starter rings that will grant you various powers. Don't worry too much about lower damage points just yet, as you will discover plenty more rings, hoods, and add-ons over your many journeys out.

At the start of your first run, only the Generalist type will be available, but don't worry – the Pyromancer class, occultists with an affinity for all things fire and brimstone, can be unlocked at an altar outside of the Cave Of Lost Souls towards the end of the first sprawling, monster-infested biome. More of these altar sites can be interacted with to unlock more Cultist types as you progress through the world.

The Six Types Of Cultists In Source Of Madness 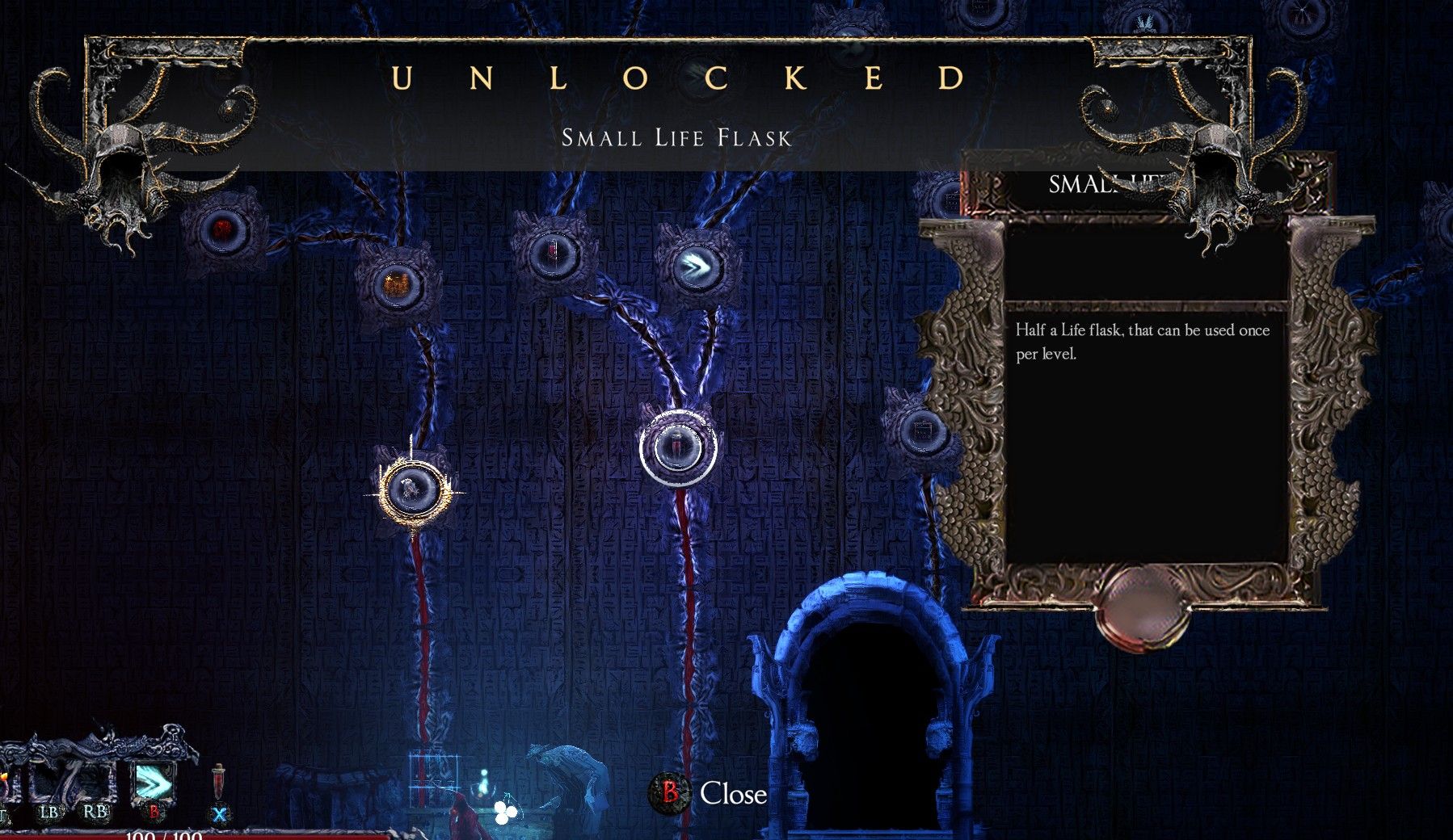 Over the course of your multiple runs out in the Loam Lands, you will amass Blood for each monster slain. Blood is the in-game currency, used to unlock rare rings, Cultist types, and buffs in the pre-game screen when you are back at the Tower Of Knowledge. You will also gather greenish orbs called Evenstar, which can be used to further upgrade items you have unlocked in the skill trees.

Which Skills To Purchase First In Source Of Madness

Do Some Snooping, Nancy Drew 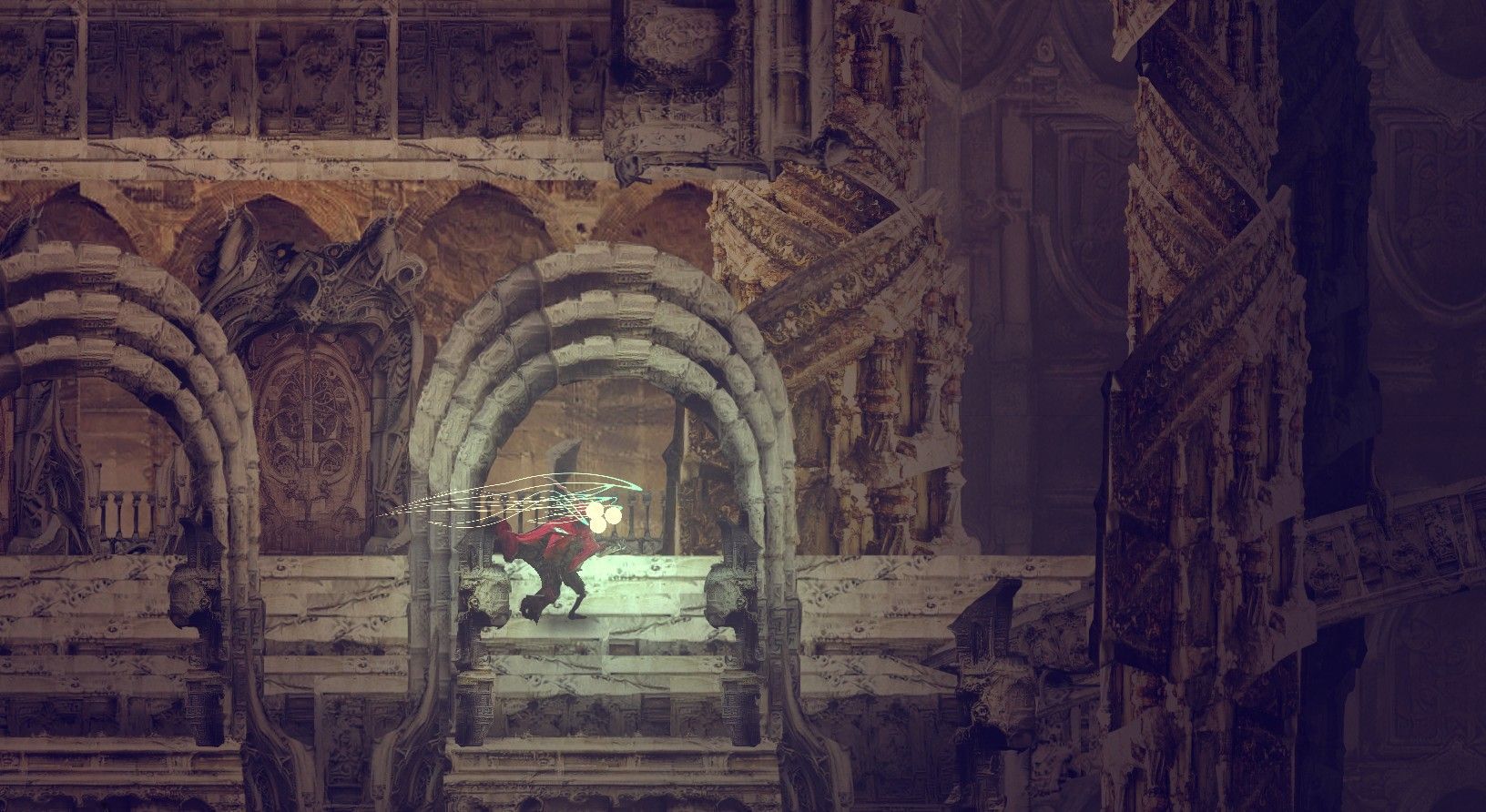 Don't be tempted to fly out into the unknown so quickly! Take some time to get familiar with the Tower. It's the only true safe place you'll find for a good long while.

Plus, exploring the Tower Of Knowledge has plenty of benefits, from witnessing mysterious flashbacks (or premonitions?) to uncovering more information about the world of the game by talking to fellow Cultists you'll find mooching around the hallways in droves. You can even interact with The Supreme in his throne room and head down an elevator into the basement to find a locked dungeon containing shame-filled secrets to be revealed later down the line.

This location will also give you an insight into the complex lore of the land. With Bonemancers complaining about the high-and-mighty Necromancers, perhaps the words of your colleagues will make you choose your fighter differently at the start of your next run?

Which Ring To Rule Them All? 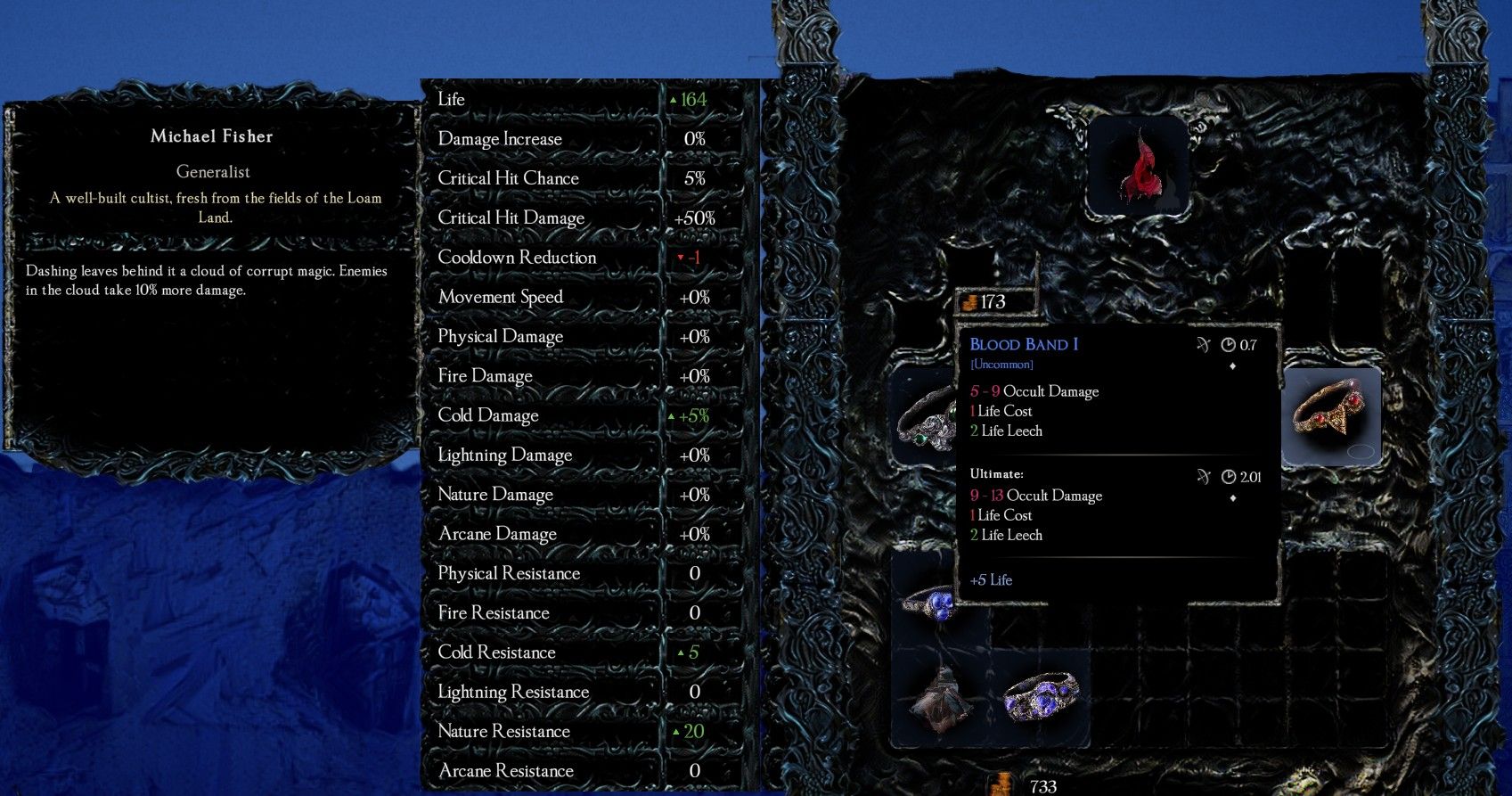 From cursed lightening bolts to deadly shoots of bamboo, Rings are what the Cultists use to wield their power and fight against monsters. Each Ring matches up to a specific Cultist damage type – the Great Fireball Ring is most pertinent to the Pyromancer, whilst the Blood Band is clearly most useful to a Bloodmancer, for example – but any class type can use any Ring.

The strength of the Rings can vary from run to run, and you can always swap them out as you find new Rings hidden throughout the biomes. Monsters sometimes drop Rings or add-on Trinkets, and sometimes they even drop Hoods. Most Hoods provide a health buff of 30 to 50 health points as well as either a resistance factor to a specific type of damage or an offensive damage buff.

The Basic Hood is one of the more common Hood types, as well as the Crystal Hood which can provide protection against freezing damage from foes. If you're looking for a challenge, The Hood Of The East permits you to both deal and take 50 percent more damage.

Every Type Of Damage In Source Of Madness Explained 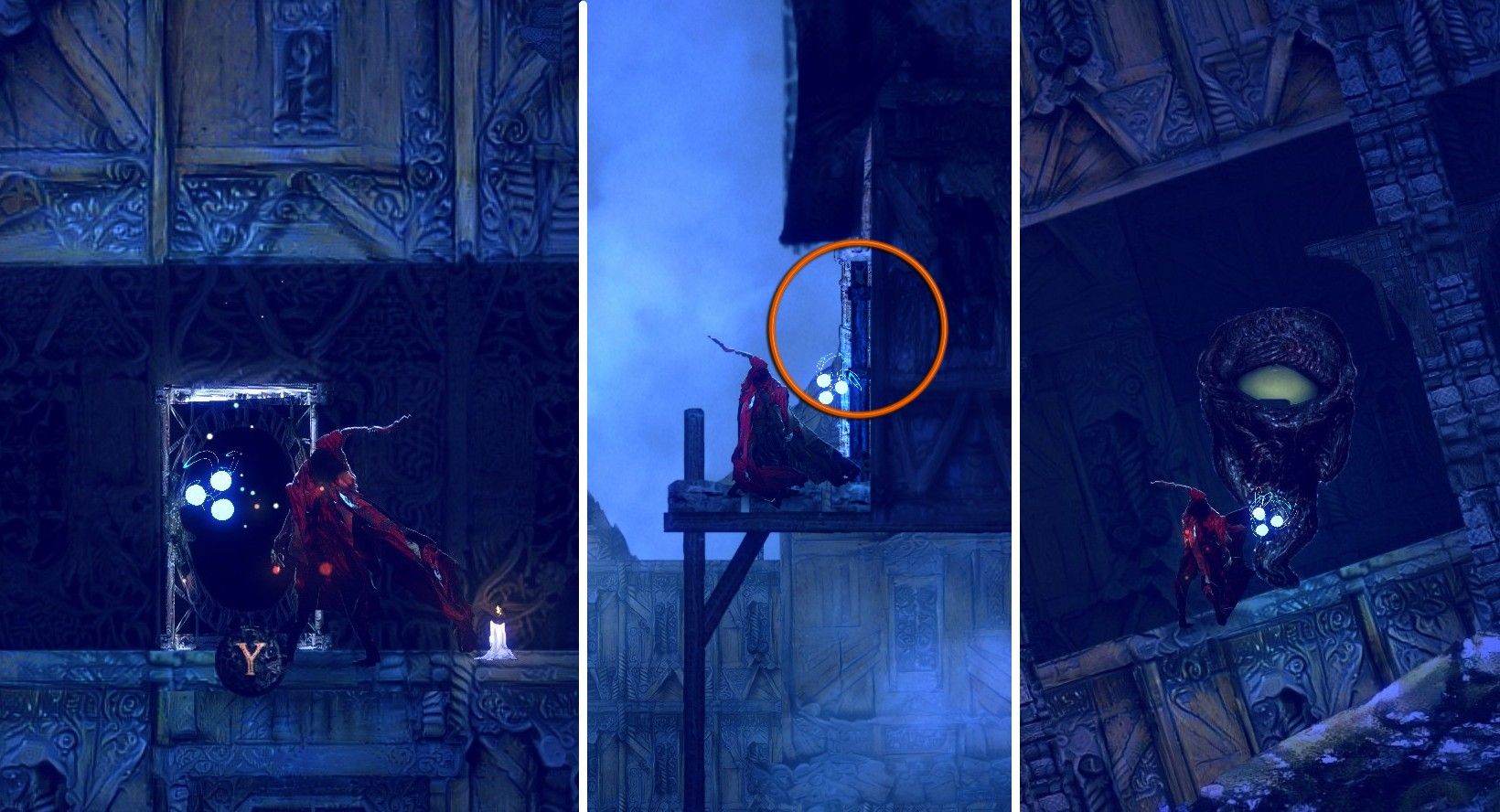 Though you will miss out on some Blood, there is no need to fight everything. Sometimes it will serve you better to zoom past a crowd of enemies and conserve your health than to go at it with a horde of beasts. You can still open chests and roll the eyeball lottery even if you have not defeated the creatures standing guard, letting you get away with the riches and not risking your life in the process.

Whenever possible, always take the mysterious portals to side realms. You can always teleport back to the spot you came from, and there are usually a wealth of items on the other side just waiting for you to snatch them. These are also great places to farm for Blood, as there will be plenty of monsters to block your path.

Some side realms require a Blood Sacrifice of around 30 health points, so choose wisely and make sure you have life to spare before heading through the glowing red tunnels!

When you see a house with a slightly protruding closed door, hit it with either a Dash attack or Slash attack to blast the door open. Now you can ransack the house, usually to find a locked chest or a secret exit to the roof. These shortcuts are useful for escaping from enemies on your tail and make excellent vantage points for picking off a particularly large enemy using ranged attacks.