The latest Marvel HeroClix set from Wizkids should be hitting shops about now and boy is it a doozy! Spider-man and Venom join forces in a tentative alliance to face the absolute corruption that is Carnage.

Spider-man And Venom Absolute Carnage is the latest in a string of Marvel releases for WizKids’ ever-popular HeroClix. Originally launched in 2002 and revamped in 2009, HeroClix is a strategy tabletop miniatures game built around the Clix system that features a combat dial built into the base of the minis. This tracks a figure’s stats as the game progresses and is changed as a figure is injured. This results in the dial being rotated to reveal new stats in the base cutouts.

RELATED: Marvel’s Avengers: Why We Think Spider-Man Will Die At The End Of His Story Arc

With this set having a strong Spider-man and Venom vibe, we can of course expect a few familiar faces to make an appearance. Spider-Man, Green Goblin, and Mysterio have all been confirmed. We’ll also see a few new faces like Knull, Scream, and White Rabbit making their first-ever HeroClix appearances. Joining them are some “NEVER BEFORE SEEN” exclusive characters made just for this set. Keep an eye out for Spider-Man 1776, Spider-Man Pharaoh, and Leonardo de Venom! Not to be left out, Venom has also been busy with Venomized variants of Captain Marvel and Doctor Strange making an appearance. 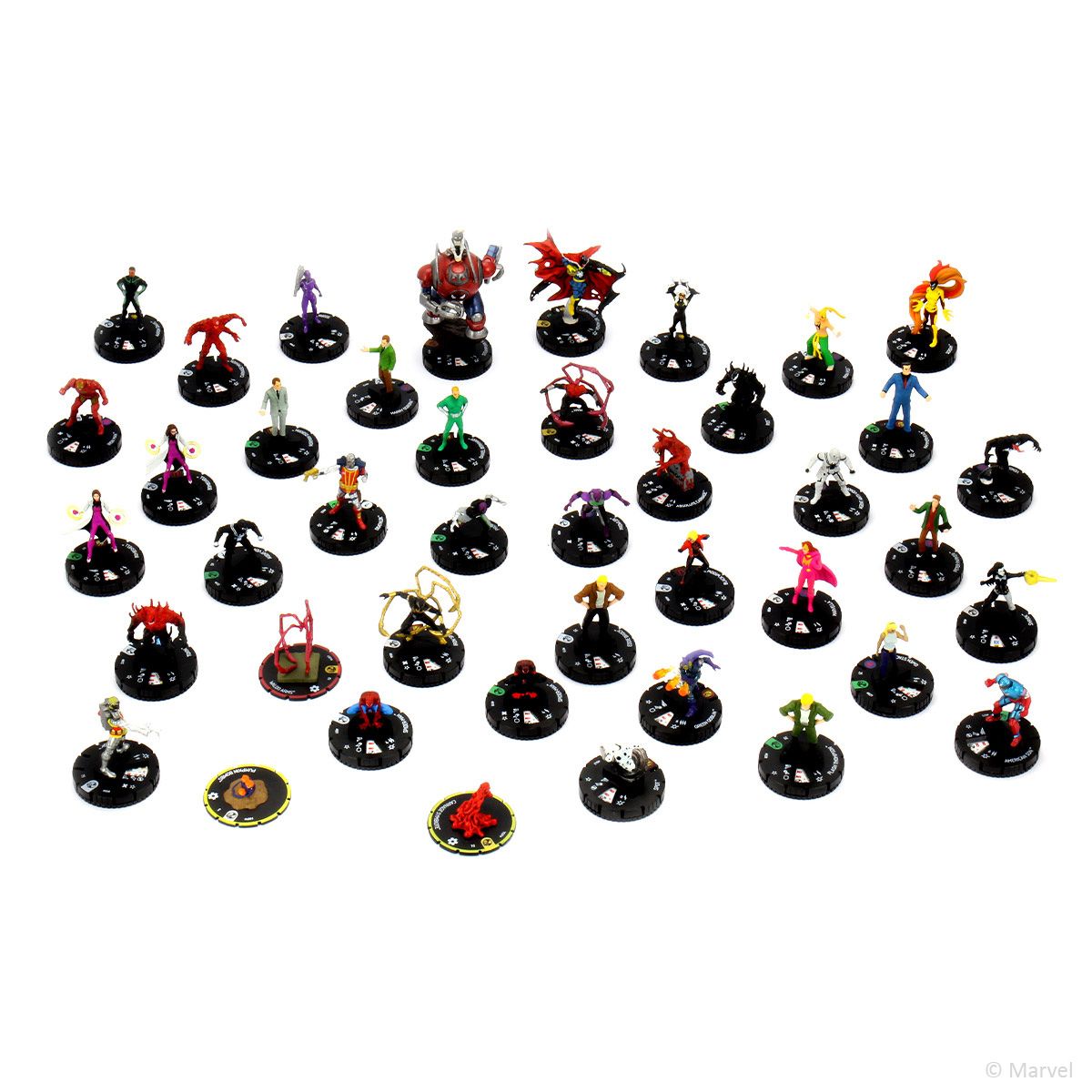 There are a total of 70 figures available in booster boxes containing five pre-painted miniatures. Also, keep a lookout for one of the seven Equipment Objects that are included with some of the figures. As well as the booster boxes, there is a Fast Forces pack containing six figures; Spider-Man, Black Cat, Carnage, Mysterio, and Ghost-Spider. Couple this with the Dice & Token Pack and you can get a jump start with your collection.

This truly is an amazing collection for Marvel and Spider-Man fans that features some of our favorite characters from the Spider-man comic books. Spider-Ham in Samurai Armor is one of the favorites here at TGHQ, with Ghost-Spider coming a close second. Spider-Man And Venom Absolute Carnage booster boxes are available to buy now, with the Fast Forces and Dice & Token Pack due to launch soon. Grab them now from your friendly local game store or via the WizKids website.

Witcher 3 Ladies Of The Wood Guide – Kill Or Free The Spirit?
PS4