It’s leak week for the MCU, apparently. I don’t know why these things tend to come in waves, but I’ve seen everything from the Black Panther 2 post-credit scene to a full breakdown of the next ten Disney+ shows. Most surprising of all is the rumor that Steven Spielberg is going to direct the third iteration of the Fantastic Four. Certainly outlandish, probably fake – at least according to Variety’s senior entertainment writer – but the more I think about it, I can’t help but feel like it would be a perfect fit. Marvel’s first family needs a director that knows how to create believable relationships in unbelievable situations, and no one does that better than Spielberg.

He may seem like an unlikely choice. In the past, Spielberg has called superhero movies a fad, and condemned them to go “the way of the Western.” But the MCU is as much a superhero franchise as it is a science fiction one, and big blockbuster sci-fi movies are well within the director’s wheelhouse. From E.T. to Ready Player One, a major corner of Spielberg’s body of work has always appealed to the exact same audience as the MCU. There’s no reason Spielberg’s style wouldn’t fit within the relatively flexible framework of the MCU. This is especially true now that Marvel has become more open to letting directors inject their own creative personality into films, like Multiverse of Madness and Love & Thunder.

Spielberg actually loves superhero movies. When asked about them at the Cannes Film Festival a few years ago, he said he loved Richard Donner’s Superman, The Dark Knight, Iron Man, and Guardians of the Galaxy. He said that Guardians made him feel like he had seen something new in movies, and he appreciated how it could be both earnest and dark without taking itself too seriously. He recognized the humanity that James Gunn brought to those characters because it is exactly the same value he tries to bring to the characters in his own film. 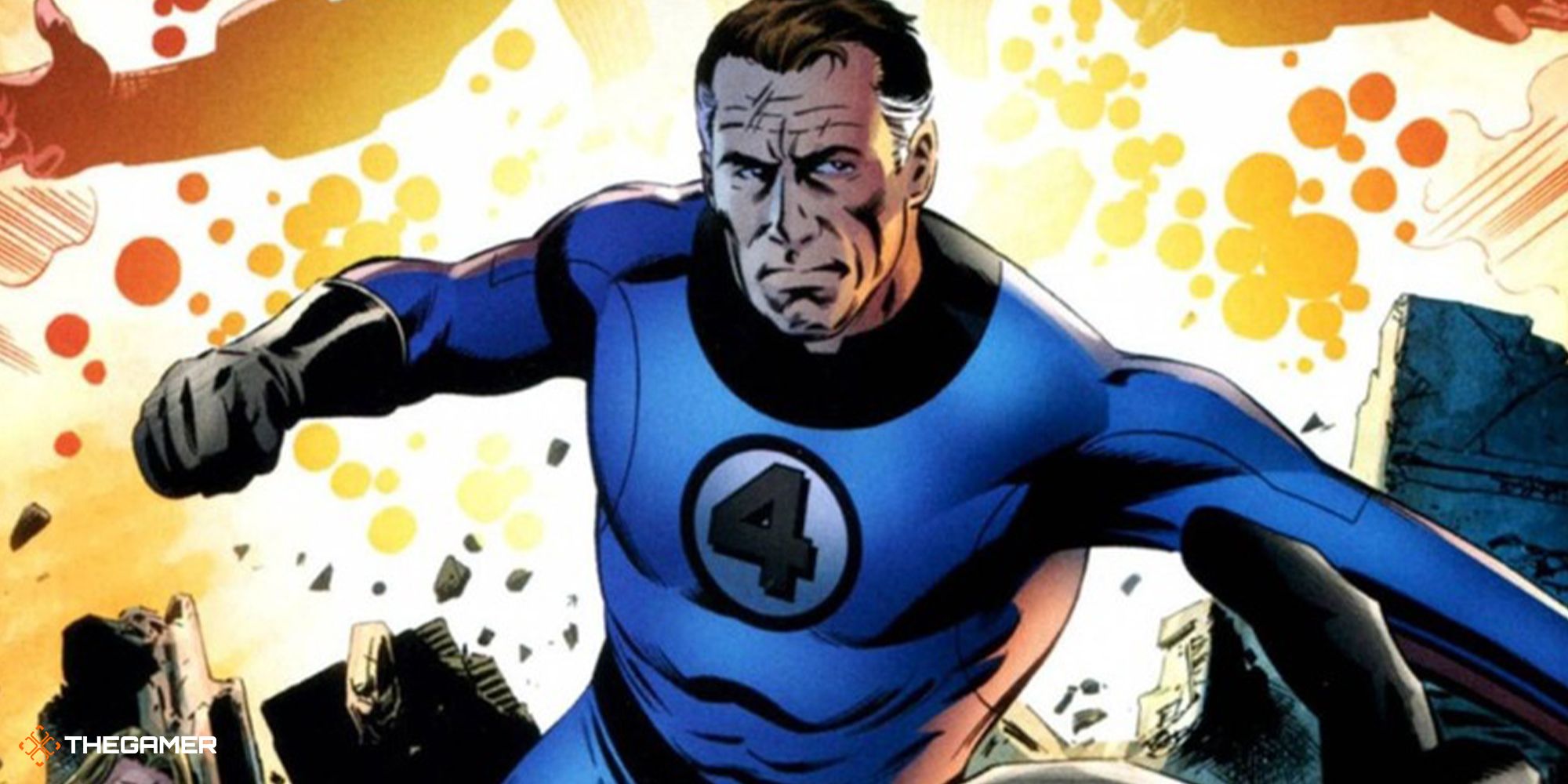 It wouldn’t be a surprise to find out that Spielberg is interested in the Fantastic Four for one reason – well, technically two reasons: Franklin and Valeria Richards. The children of Reed Richards and Sue Storm have not been part of either of the two previous big screen versions of the Fantastic Four, but they’ve been an important part of the superhero family since nearly the beginning. These are the characters Spielberg would be most likely to certain because as children they offer a unique lens to view the MCU. Exploring the world through the eyes of a child is a narrative convention Spielberg practically invented in film, and it’s clearly something he’s still interested in.

E.T. the Extra-Terrestrial and The Goonies are probably the most obvious examples of Spielberg stories told from the perspective of a child, but there are a many others, like Close Encounters of the Third Kind, Jurassic Park, A.I.: Artificial Intelligence, and War of the Worlds, that center both families and kids. There’s many reasons why Spielberg likes to ground big stories by filtering them through the eyes of kids. Children are unburned by the weight of responsibility, trauma, and preconceptions about how the world ought to be. They’re apolitical, optimistic, and the world around them is a wonder to them, regardless of whether everything is normal, or it’s being invaded by aliens. Their emotions are more pure, clearer, and easier to relate to. When you’re young, your age defines you more than any other signifier. We’ve all been ten-years-old, and we can all remember what being a ten-year-old feels like.

Children are very much on the periphery of the MCU. The ones we’ve seen are more like plot devices than characters. They inspire our heroes like Iron Man, Ant Man, and Scarlet Witch to make decisions or take actions, but they never have any agency of their own, and their perspective have never been an integral part of any story. The closest thing we have to kids in the MCU is Spider-Man and his friends. Valeria and Franklin can bring a child’s perspective into the MCU just as they did in Marvel comics. 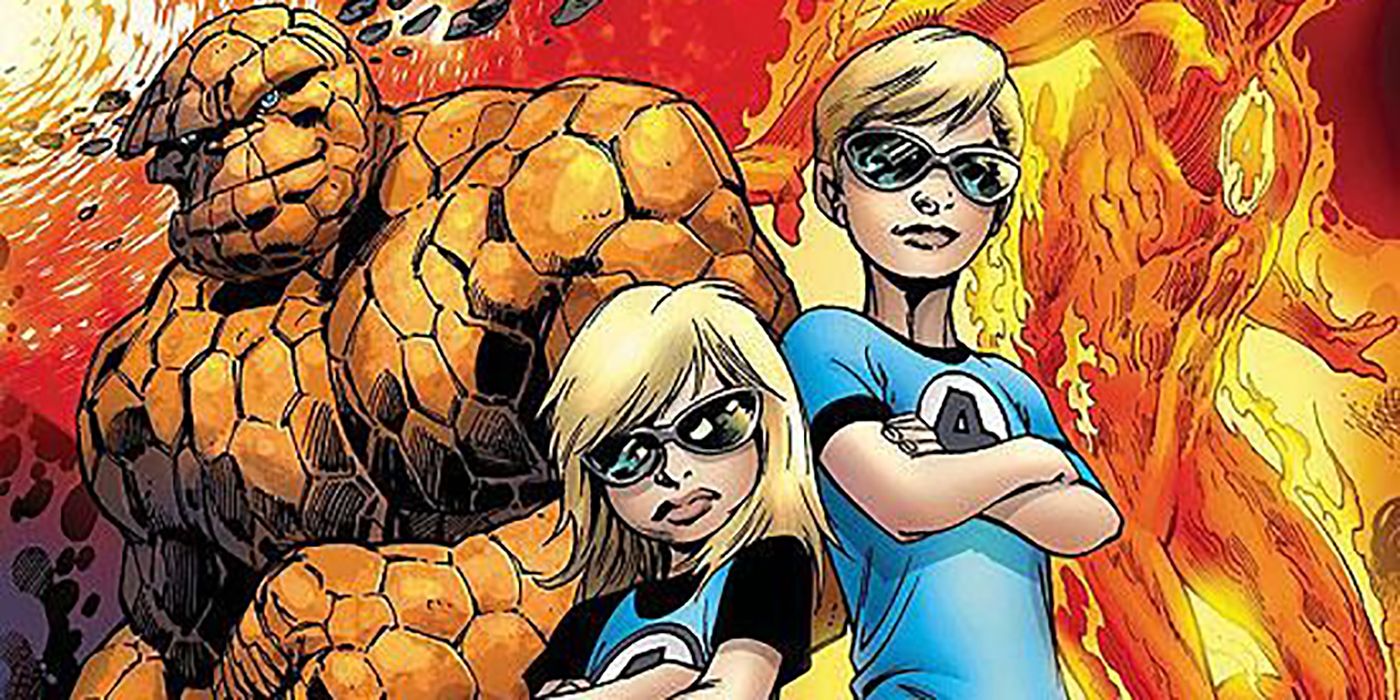 I think Spielberg would be intrigued by the juxtapositions at play in a Fantastic Four story. The team is known for tackling some of the biggest existential threats in all of the multiverse, yet some of their biggest challenges have been domestic problems, like Reed figuring out how to balance his responsibilities as the world’s smartest man with the needs of his children. Often the threats they face are a combination of both thanks to Franklin’s unfathomable, reality-threatening powers. For Reed and Sue, being good parents and protecting the world are the same thing. It’s a simple metaphor, but it's exactly inline with the themes that many of Spielberg’s movies are most interested in.

There’s a lot of good reasons for the MCU to introduce Franklin and Valeria now, rather than build up to them throughout a series of Fantastic Four films. Using Spider-Man as a model – another superhero franchise on its third iteration – we know that Marvel isn’t afraid to skip the origin story if we’ve already seen it too many times. The MCU has already figured out that pulling from the most popular comics yields the best results, and you can’t tell a Joanthan Hickman or Mark Waid story without Franklin and Valeria. Even the Reed Richards that appears in Multiverse of Madness mentions his children. We’ve had plenty of superhero teams in the MCU, now the time is right for a superhero family.

The pieces are in place, but it's going to take a director who understands that children need to be more than props if we’re finally going to get an authentic Fantastic Four movie. Unfortunately, the list of directors that would fit that description is relatively short. It director Andy Muschietti and Stranger Things creators the Duffer Brothers come to mind, but they’re all trying their best to emulate the kind of coming-of-age movies that Spielberg made 40 years ago. That was literally how the Duffer Brothers pitched Stranger Things to Netflix. You could get J.J. Abrams, Ron Howard, or even Robert Zemeckis, and I don’t think any of them would be able to tell the story of Marvel's first family the way Spielberg could. I may have my heart set on something that will never come to be, but I know that with Franklin and Valeria, Spielberg could bring a new perspective to the MCU that it’s sorely lacking.