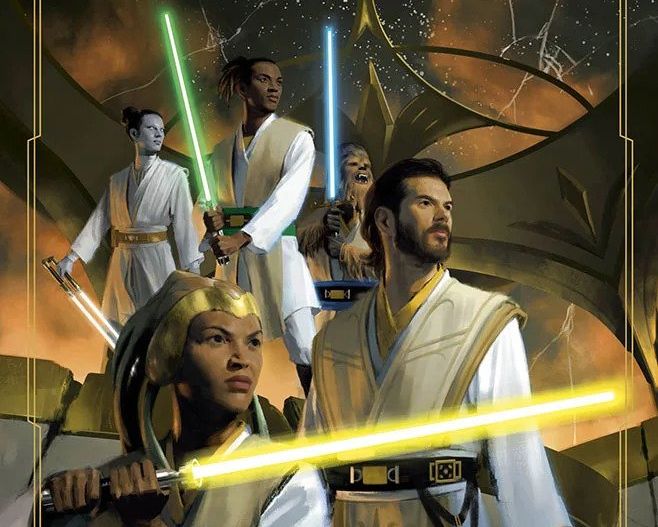 The rumoured Quantic Dream Star Wars game could be announced soon and is said to take place during one of the franchise’s earliest eras.

Only a couple of months ago, word spread that Quantic Dream, the studio behind Heavy Rain and Detroit: Become Human, is working with Lucasfilm Games on its own Star Wars project.

At the time, there were no other details to go on apart from it has apparently been in development for at least 18 months already. More recently, insider Jeff Grubb shared potential details for the game.

Speaking on his GrubbSnax podcast, Grubb believes the game could be officially announced very soon. At the very least, before the end of 2021, which makes next month’s The Game Awards show the most likely venue. The only other time well suited to announce a new Star Wars game is Star Wars Day, but that doesn’t take place until May 4.

Grubb also claims he has heard that the game is titled Star Wars Eclipse and takes place during the High Republic era of the franchise, although he admits he isn’t 100% certain about the game’s setting.

The High Republic era takes place before any of the Star Wars movies and is a multimedia project already consisting of several novels and comic books. It’s similar to the Shadows Of The Empire initiative from the late 90s, which took place between The Empire Strikes Back and Return Of The Jedi and consisted of a novel, two comic book series, and a video game.

The High Republic currently lacks any dedicated video game, with the exception of Temple Of Darkness. Although that’s just an expansion for Oculus Quest VR game Star Wars: Tales From The Galaxy’s Edge, which released last year.

Given Quantic Dream’s track record, you can expect any Star Wars game it makes to boast impressive visuals, with a recent Kotaku report suggesting the game will be more action-orientated than usual for the studio.

However, the developer is just as famous for its nonsensical storytelling, awful dialogue, and allegations of toxic working conditions. The former two of which are not uncommon complaints when it comes to the Star Wars universe.