Once you’ve found and married your true love in Stardew Valley, you’ll be able to have kids. You’re limited to a maximum of two kids, and there are some things you’ll need to do before the game gives you the option at all.

For everything you need to know about having kids, the requirements to do so, and how children function in the game, look no further than this guide, which will explain all of that and more.

What You Need To Know About Children 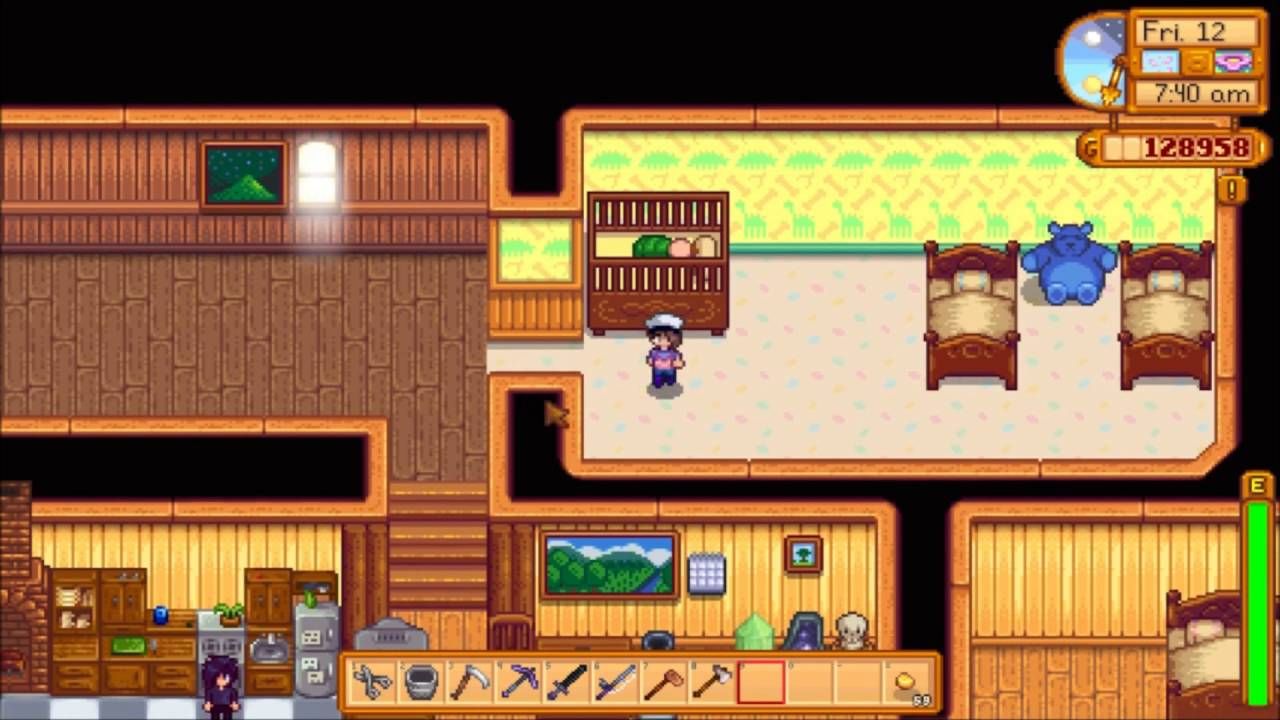 There are a couple of things to know about having kids in Stardew Valley: 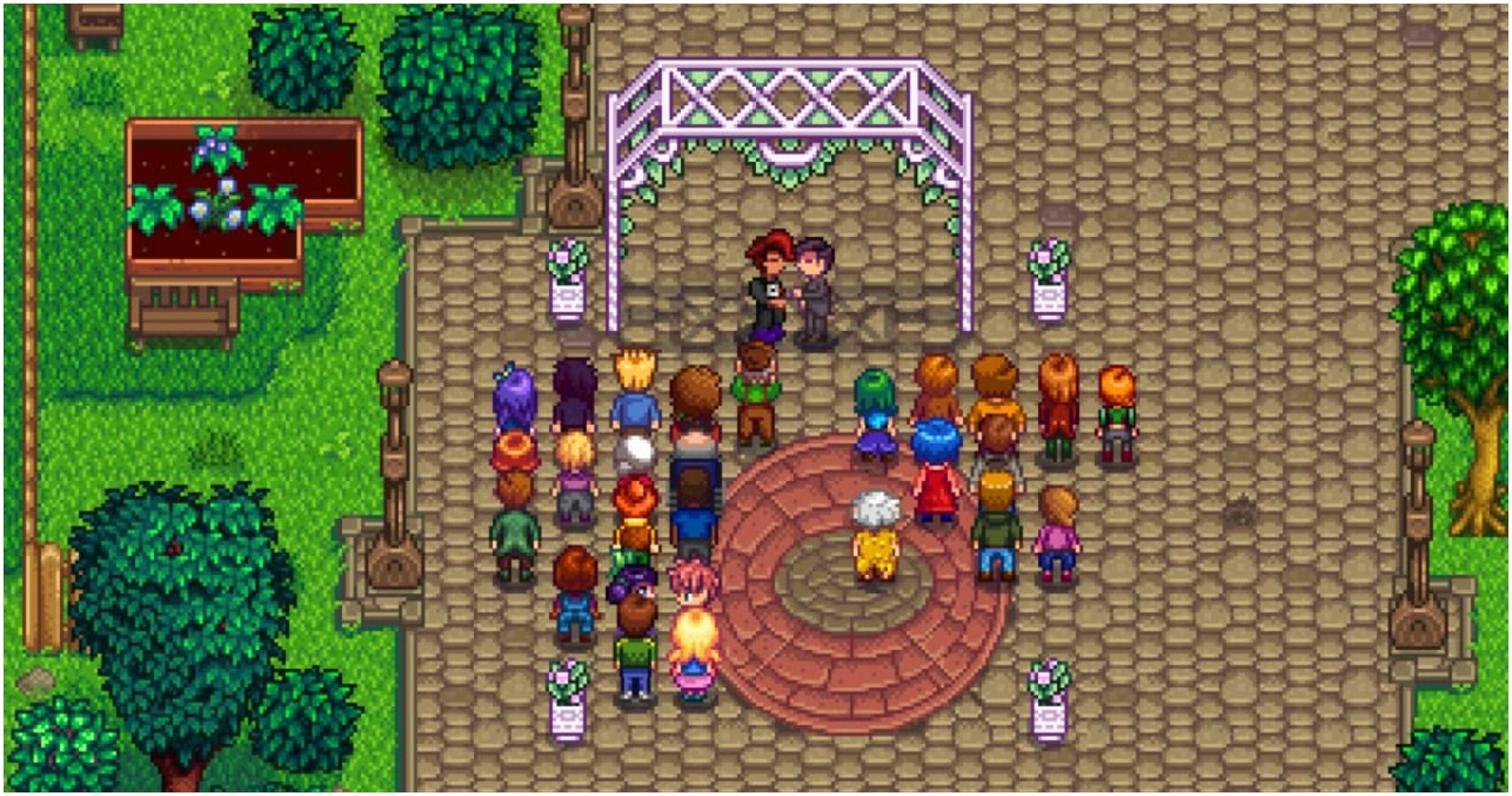 You’ll need to meet certain criteria before the game lets you add kids to your family. The requirements are as follows:

How to Get Married

Getting married in Stardew Valley is pretty straightforward, but it does take some time.

Once you’ve reached a friendship level of eight hearts with a marriage candidate, you can purchase a bouquet from Pierre’s General Store. When you give it to your beloved, the two of you will enter a relationship and your heart level will be unlocked, allowing you to level it up to 10 hearts.

When you reach 10 hearts, you’ll be able to purchase a Mermaid’s Pendant from the Old Mariner, who shows up on the east side of the Beach (you’ll need to upgrade the broken bridge with 300 wood if you haven’t already) when it rains. He’ll only sell it to you if you’ve upgraded your house to have a kitchen (the first upgrade).

Give the Mermaid’s Pendant to your partner and your wedding will take place three days later. You’ll need to be married for a week before the option opens up to have kids, given that the other requirements are met as well.

Maintaining Friendship With Your Spouse

Unlike the other villagers, your friendship level with your spouse will always decay over time. Luckily, it’s pretty easy to keep it at 10 hearts (or higher).

Ensure that you speak to them most days, if not every day. Give them gifts they like when possible, and don’t do things that upset them (like giving them hated gifts or hitting them with a slingshot). This should keep your heart level at 10 hearts or more, which is required to have kids. 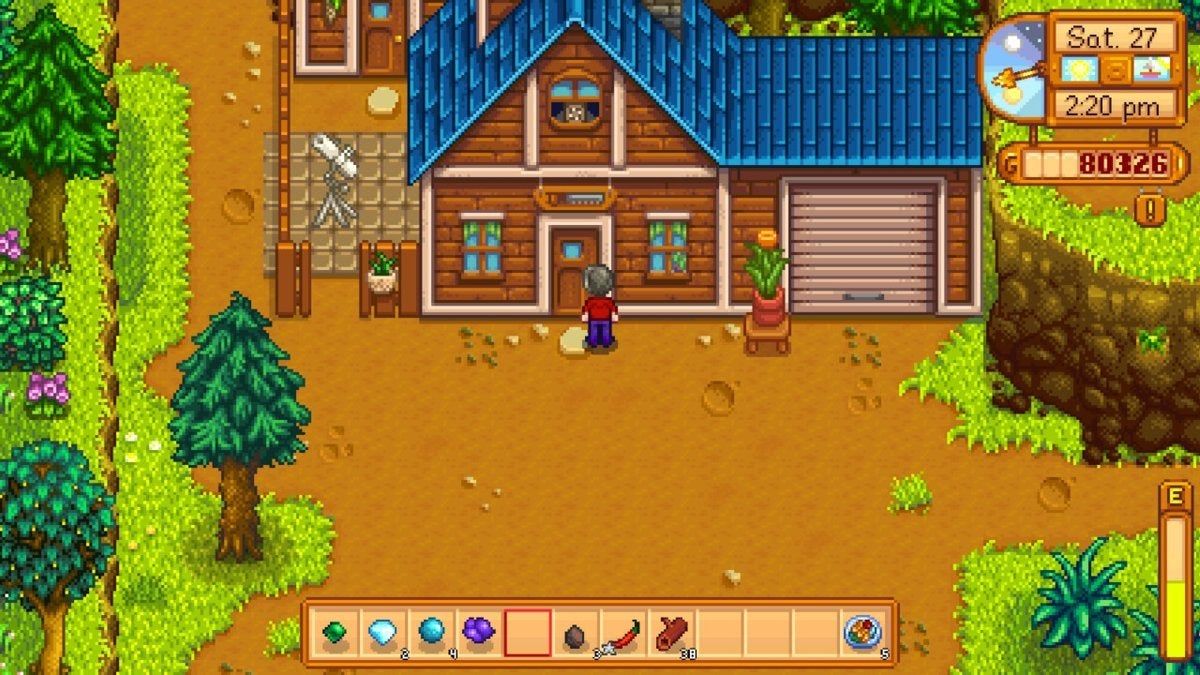 The final thing you need in order to have children is an upgraded farmhouse. The first upgrade adds a kitchen and allows you to get married, but you’ll need to upgrade it a second time to unlock children. The second upgrade adds a nursery with a crib and two single beds.

The first upgrade costs 10,000 gold and 450 wood. It’ll take Robin three days to finish. Next, you’ll need 50,000 gold and 150 hardwood for the second upgrade and nursery, which will also take three days. 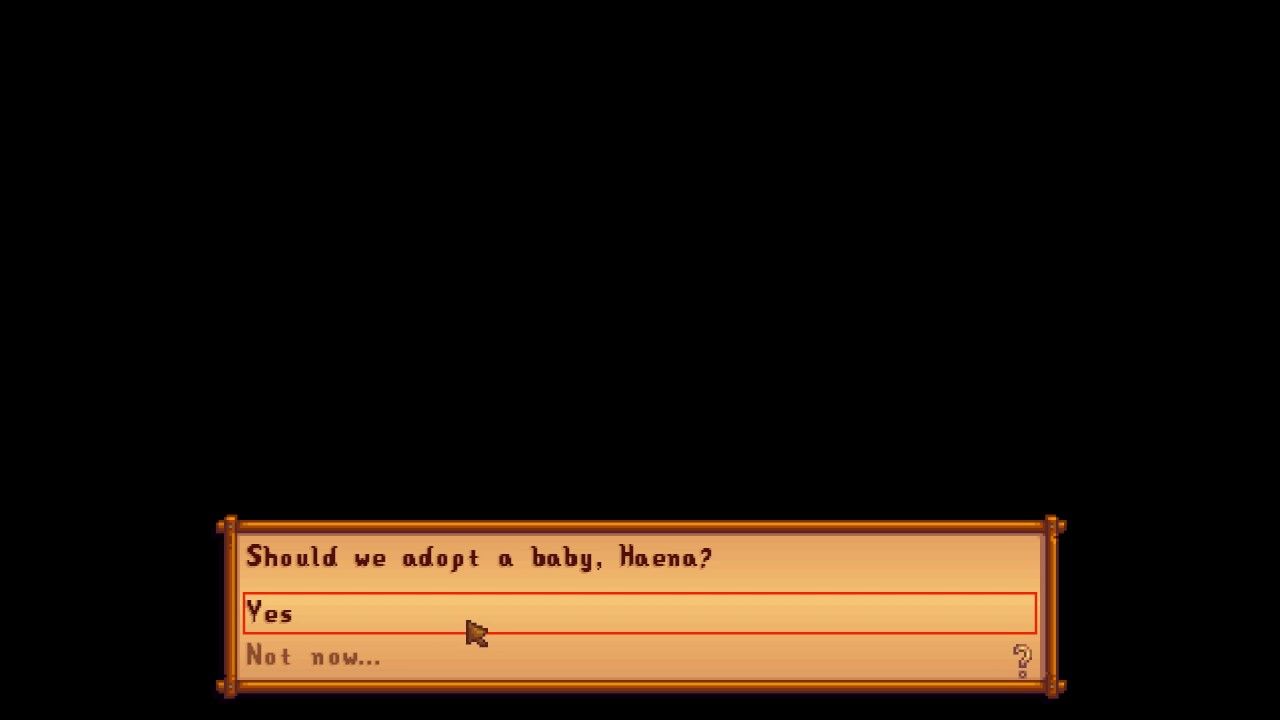 Once all of these criteria are met, you will be able to have kids. At night, there is around a 5% chance that your spouse will ask if you want kids.

Saying Yes: If you agree to have kids, the baby will be born or the adoption process will finish 14 days later. When you wake up on the fourteenth day, there will be an infant in the crib.

Saying No: You can say “not now” without consequence. Your spouse will simply accept your answer, go to sleep, and maybe ask at a later date, so long as the requirements are still met.

Having Kids in Multiplayer

If you are playing a multiplayer/co-op file, and you marry another player, you can still have children. It works a little differently, though.

The main player will be asked randomly if they want to have a child, similar to the query when married to an NPC. If they say yes, the farmhand will then be asked as well. If they say yes as well, the child appears in the same way as normal.

Once You Have Children 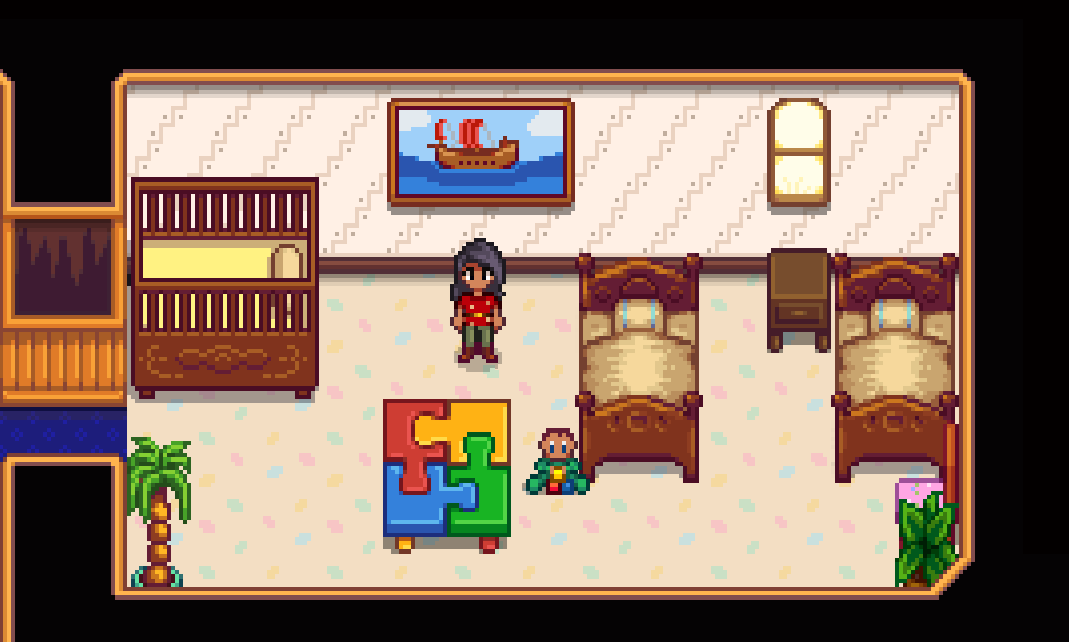 Children go through four “stages” as they grow up. From the second stage onward, you can interact with your kid(s) to level up your friendship with them.

You will be able to have a second child after your first one reaches the final stage and begins sleeping in one of the beds in the nursery, as the crib will now be free.

There are some differences in how friendship works when it comes to your own kids. First, they cannot be given gifts, and the friendship points you earn or lose at the Luau and from the Bulletin Board Bundle do not affect your relationship with your kids.

However, unlike your spouse, your friendship level with your kids will not decay once it reaches 10 hearts, like the other villagers. 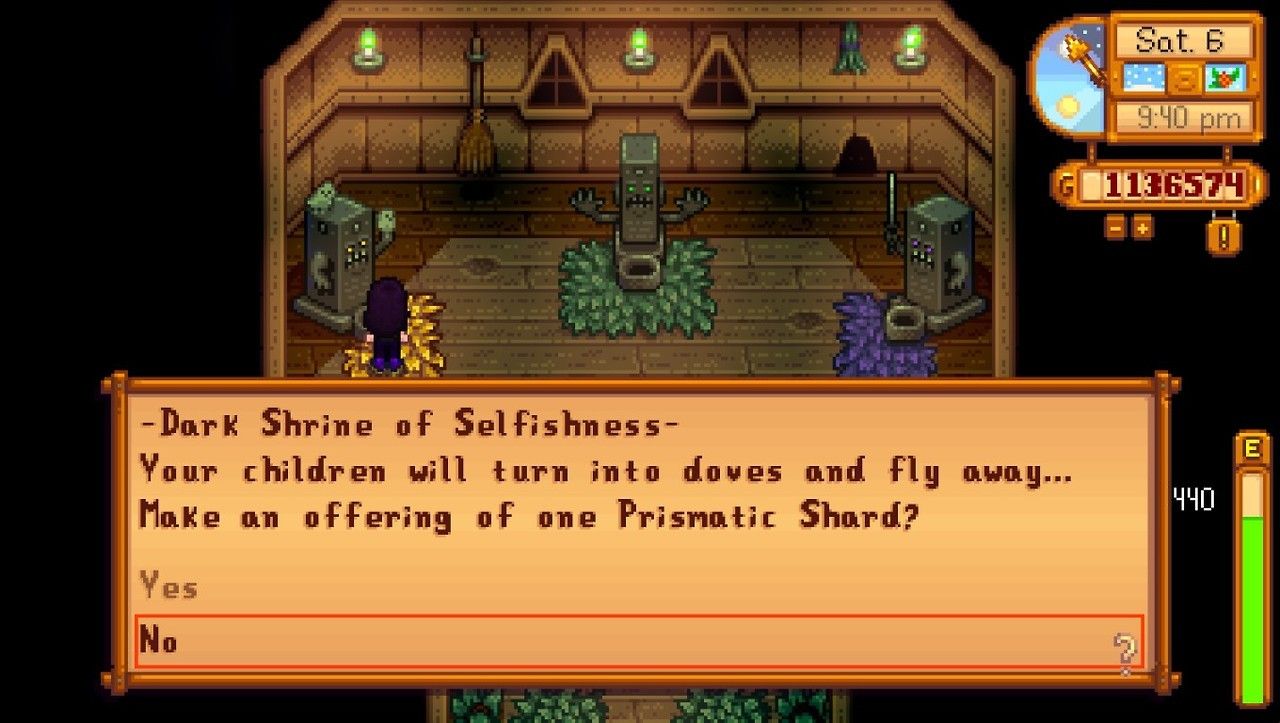 If you decide you don’t want your kid(s) anymore, you can “dismiss” them. To do this, you’ll need to have completed either the Community Center or Joja route, finished the Dark Talisman quest for the Wizard, and unlocked access to the Witch’s Hut.

Inside the Witch’s Hut, there are three shrines. One is called the Dark Shrine of Selfishness. By presenting a Prismatic Shard to this shrine, you can “dismiss” your children, which will turn them into doves and remove them from your family.

Note: There is no way to reverse this once it is done, but it will allow you to have future children again.

You should know that, if you’re not a fan of creepy stuff, there are some scary things that happen after you dismiss children.

First, you’ll receive a phone call (if you have a phone) that seems to come from your abandoned kids. It will have an “otherworldly voice” that says “YOU HAVE FORSAKEN US.” 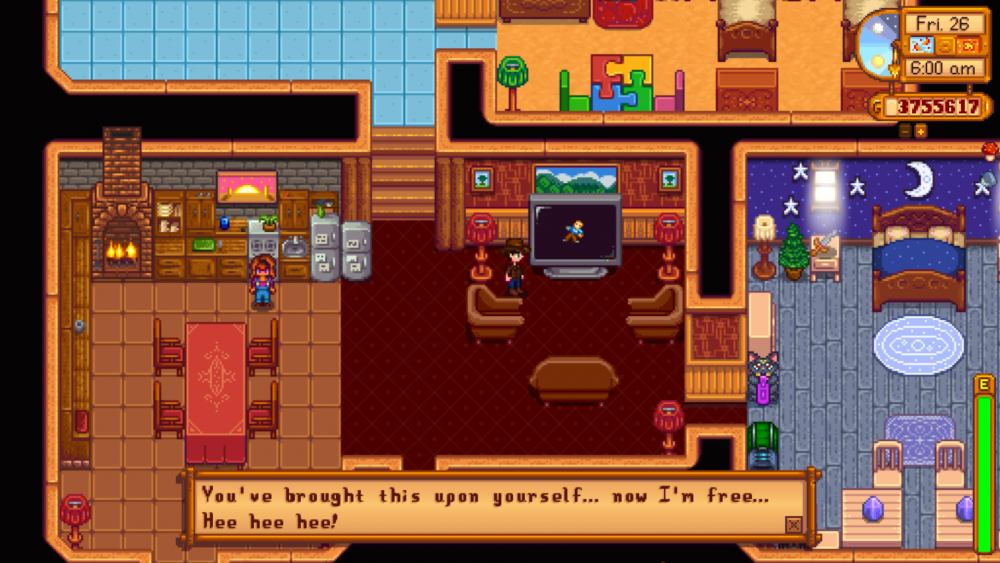 After you’ve encountered the Ancient Doll, a cursed one will show up at the Witch’s Hut and fly around, attacking you. Once you kill it, it will turn into a bird and leave. But, it will respawn every time you enter the hut. It does count for the Bats section of the Monster Eradication Goals, though.

Amazingly, you can put hats on your kids. Simply select the hat in your inventory and interact with your kids, the same way you place a hat on your horse or place produce into machines.

If you decide to have Krobus move in, rather than getting married, you cannot have children with him. However, if you have children from a previous marriage, Krobus will help raise them.

Finally, you may spot your spouse with your kids in tow at various town festivals!