I've been waiting for 'the next Alien: Isolation' for a while now. It’s been eight years since the horror masterpiece launched, and nothing has really scratched that itch since. There's no chance of a sequel coming any time soon, leaving Isolation isolated. It's one of the best horror games and one of the best stealth games of all time, but since neither of those genres tend to sell all that well, all of its quality added up to an uninspiring financial return. Worse still, it has scared off any potential copycats – if the greatest ever to do it didn't make the big bucks, why bother ripping it off? There is one unlikely copycat (that's also a ginger cat): Stray might secretly be the spiritual successor to Isolation I've been waiting for.

Stray is not a horror game, and it's not really a stealth game either. It's also not set in space and features no alien presence, unstoppable killing machine or otherwise. All of this seems to add up to the game being nothing like Alien: Isolation (in which you play as a human, rather than a cat), but hear me out. It feels more like Alien: Isolation than any game I've played since Creative Assembly's space-horror, and it's these vibes that make it a spiritual successor. It's not like there are any other games standing up and demanding to be considered the Perfect Dark to Alien's GoldenEye.

Stray isn't a stealth game, but it does involve a lot of running blindly and then hiding. In Isolation, you are fleeing in terror, whereas in Stray I tend to run everywhere around the open sections just for the thrill of it as a cat, but they feel the same. Video games rarely scare me. I might start at a jump scare, but that always feels a little cheap. I never get the deep sense of dread and trepidation that video games are often so desperate to instil into you, and Isolation was no exception, though it did move the dial more than most. This is not to brag about how brave I am – horror movies can be deeply frightening to me. But video games inherently have no real stakes. If you die in Alien: Isolation, you just start again. The lack of save points makes death an obstacle, but never something to fear. In space, no one can hear you respawn (but you'll still do it anyway). 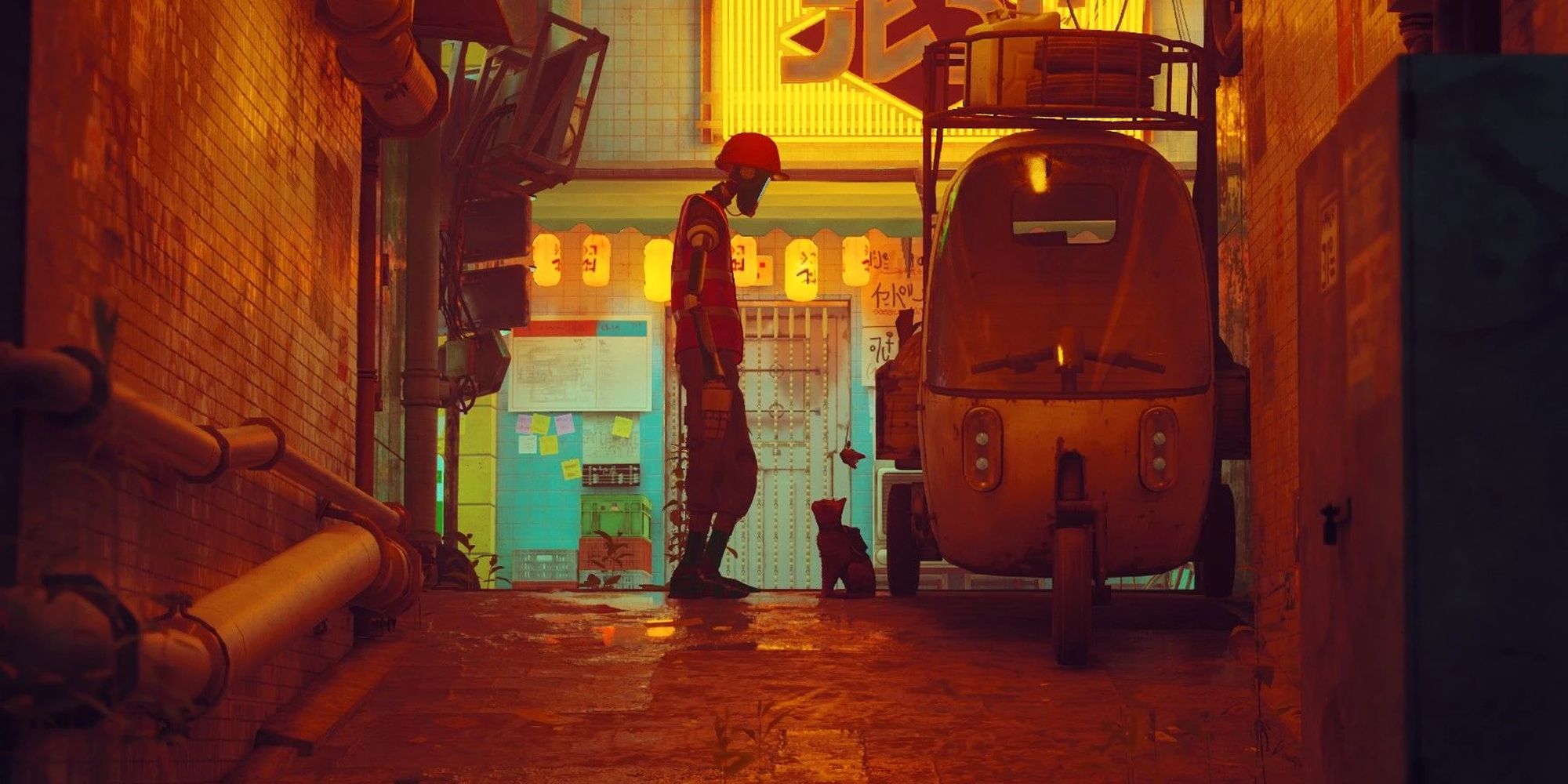 In movies, when characters die, they die. Sure, a lot of them have plot armour, but there is always a lurking sense of threat. Clearly Alien: Isolation has its hooks in people, and it's the fear that elevates the experience for them, but since the horror was never the part that won me over, the lack of it doesn't feel lacking in Stray. In fact, there are times when I feel like Stray hits a little harder.

There's a section in Isolation where you're forced to abandon all of the tools you've acquired so far and walk out into space completely vulnerable. It's supposed to make you fear for your life, but it's hard to escape the knowledge that everything is controlled. The game would not engineer a situation where you have nothing to protect yourself with and then ask you to protect yourself. In a movie (or indeed in real life, if you're ever trapped on a space station with a murderous alien), this is the scene when a character is most likely to die. In video games, it's essentially an invincibility section. Stray does away with this. You are constantly vulnerable, and even though death is not the end, there's a greater sense of punishment involved. Being sent back 45 minutes in Alien: Isolation is one thing, but seeing a precious cat get zapped to death and collapse is another entirely. It's this pressure – this idea that terrible death is always lurking, and must be fled from, not conquered – that connects Alien: Isolation and Stray deeply. 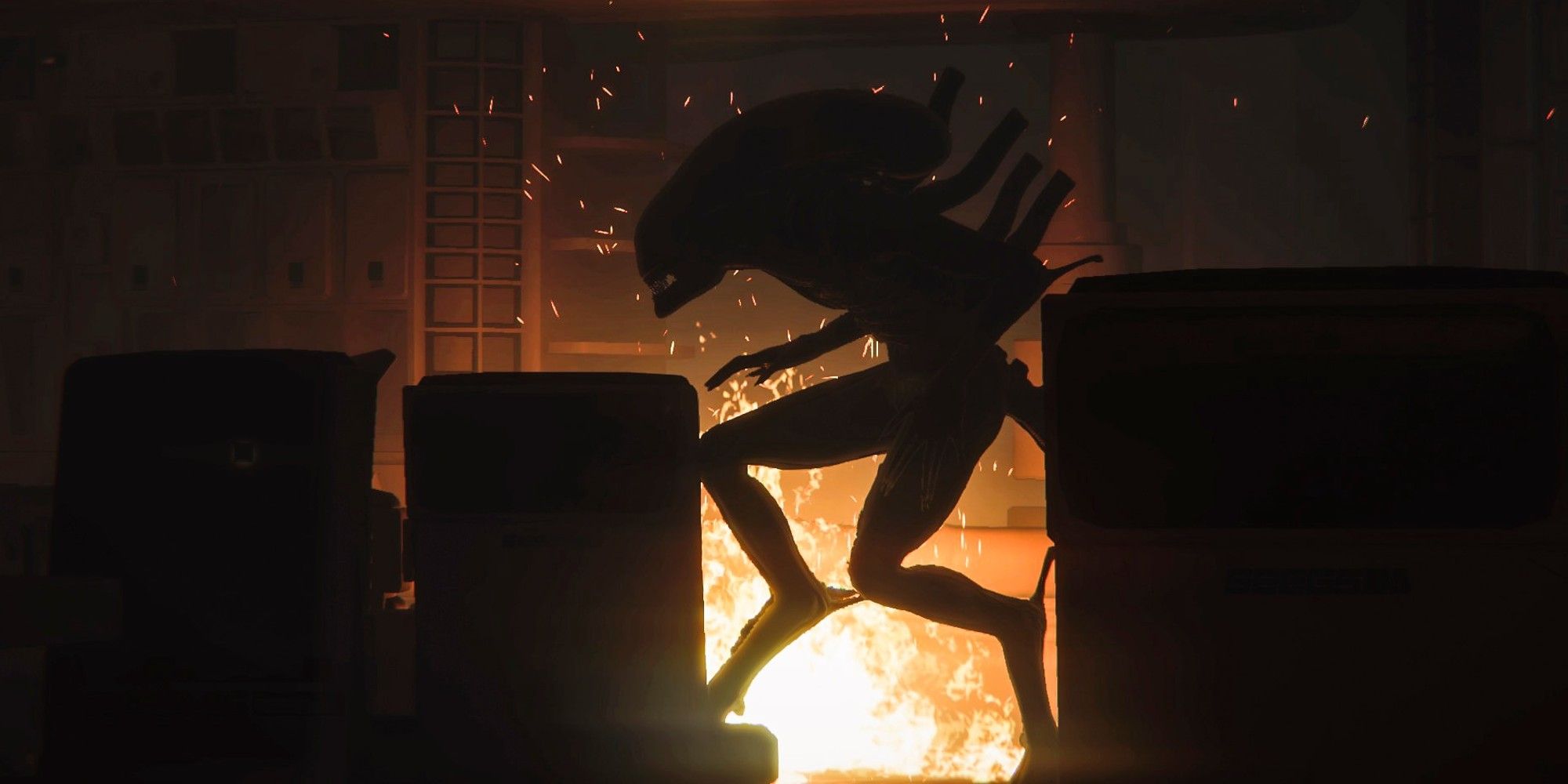 Then, last but by no means least, we have the Zurgs. These are small yellow creatures who hatch from slimy, veiny eggs and attach themselves to a part of your body. Do I need to draw a diagram here? There's even a section where you must creep through these nests of eggs – sometimes they are guaranteed to hatch and chase you, other times they are static set dressing that cannot be disturbed. But at other times, you can escape their wrath, but only if you're careful enough to tread lightly. It's less a homage and more just straight-up nicked from Alien, but it's incredibly effective.

I have always thought that the best way to judge a game is by its raw, pure vibes. Alien: Isolation and Stray might differ in genre, gameplay, plot, setting, and action, but their vibes are basically twins.