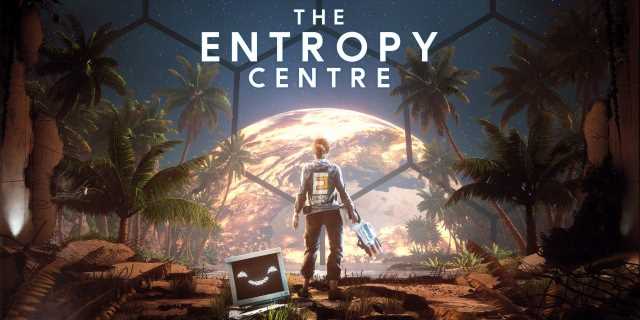 British studio, Stubby Games, has announced its latest game, The Entropy Centre. This first-person puzzle game is reminiscent of the Portal series, except with a time bending gun instead of a portal gun. You'll need to think in reverse, solve puzzles, and chit-chat with your gun if you want to save Earth.

Players will take control of Aria, who wakes up in a massive and dilapidated space station called The Entropy Centre, which is in an orbit around Earth. Unfortunately, Earth has become a massive ball of fire after an extinction level event (where have I heard that before?).

"With the aid of Astra – a talking gun capable of moving objects backwards in time – Aria can restore the facility’s collapsed bridges, reassemble destroyed pathways, and overcome ingeniously complex puzzles to progress to the core of The Entropy Centre in the hope of surviving this seemingly doomed space station and, somehow, finding a way home," reads the game's description.

Along the way, players will find out the truth about why The Entropy Centre is in such a bad state and how Earth was completely destroyed. The answers are somewhere on the station, but you may not like what you find.

“The Entropy Centre isn't pulling any punches,'' said Stubby Games founder Daniel Stubbington. "This is the game that I've wanted to craft for a long time and I can't wait to see players delve into this crazy time-manipulating world that I've created."

According to Playstack chief executive Harvey Elliott, “The Entropy Centre is a brilliant example of what we are looking for – it’s an extraordinarily smart, satisfying, and witty puzzle game that is resonating with fans. We are feeling great about its response so far and have big plans for the coming months to maximize its success.”

If the trailer is to be believed, The Entropy Centre looks like it will be one hell of a game. It will surely appeal to fans of Portal, Half-Life 2, and any time-based story. Based on the time reversing powers of the gun, and how you use it for problem solving, Tenet seems like the best example.

The Entropy Centre will launch sometime this year for PC (Steam), PS5, PS4, Xbox Series X|S, and Xbox One.