Atari 50 is the compilation game from 50 years of Atari games and consoles. More than that, it's a love letter to the origins of gaming and the people who made being a gamer a culture all its own. Over 100 games make up this collection, and the company has included the original manuals for each, as well as a virtual museum of all the various arcade cabinets and consoles Atari has produced from the late '70s to the Jaguar in the '90s.

The games have been ported over to be clear for modern use, but otherwise left untouched from the way they appeared and played in their own time, allowing those who grew up on the games to feel pure nostalgia, and those new to them to learn more about the history of being a gamer. 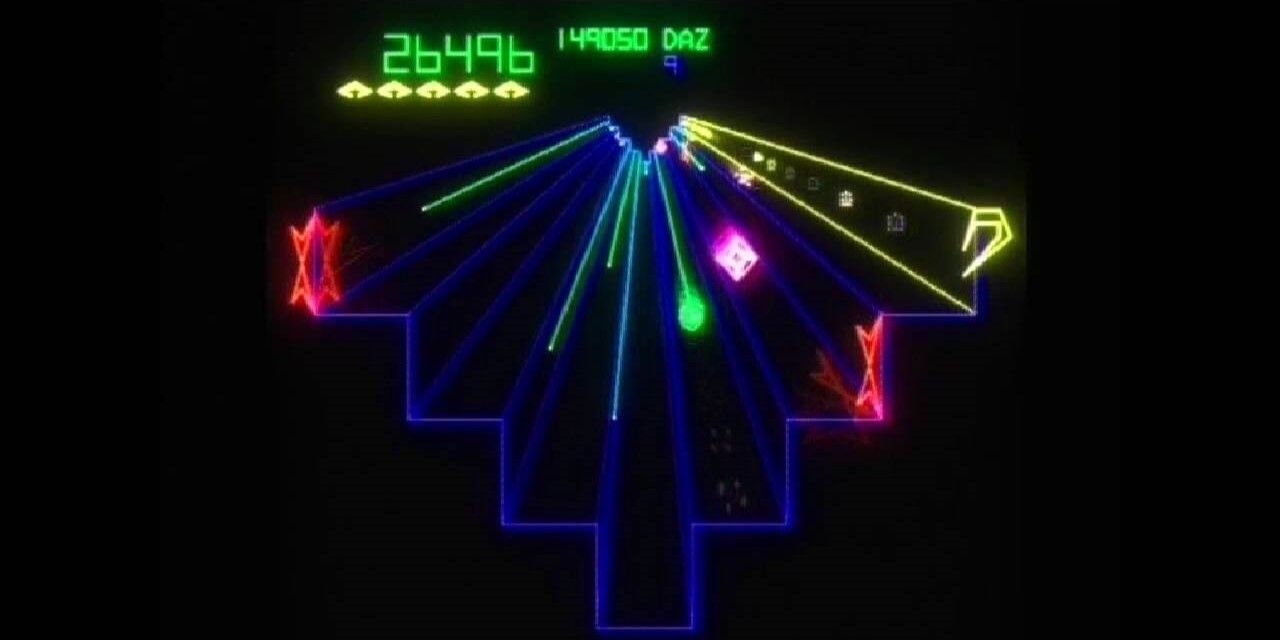 Tempest first appeared on the scene as an arcade cabinet in late 1981. It was Atari's first full-color game, and featured a 3D surface that was played either in lanes or as a tube that you could only view from one side. Falling closest under the genre of a shooter game, Tempest was well-received across arcades and encouraged mini-tournaments among players.

The game could be played by up to two players who took turns using the controls, adding a layer of competition to the already challenging game. Playing the game now, it's still just as easy to lose track of time after getting sucked into Tempest. 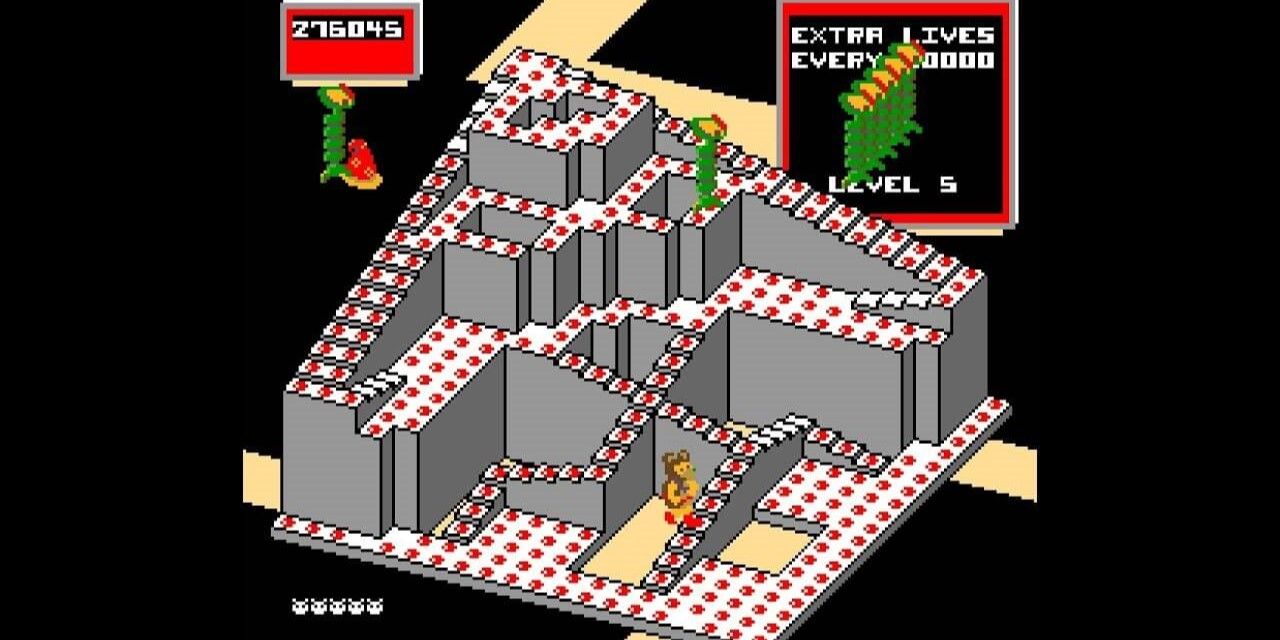 Crystal Castles put you in control of the protagonist Bentley Bear, who would become a much-loved character among die-hard gaming fans. The goal is to navigate Bentley through the castle to collect gems while avoiding or defeating any enemies you encounter, like the Gem Eaters or Berthilda the Witch.

The game was originally available through arcade cabinets, but was also playable with the Atari 2600. A puzzle game at its heart, you can play solo or with another person as you make your way through the hazard-filled castle. 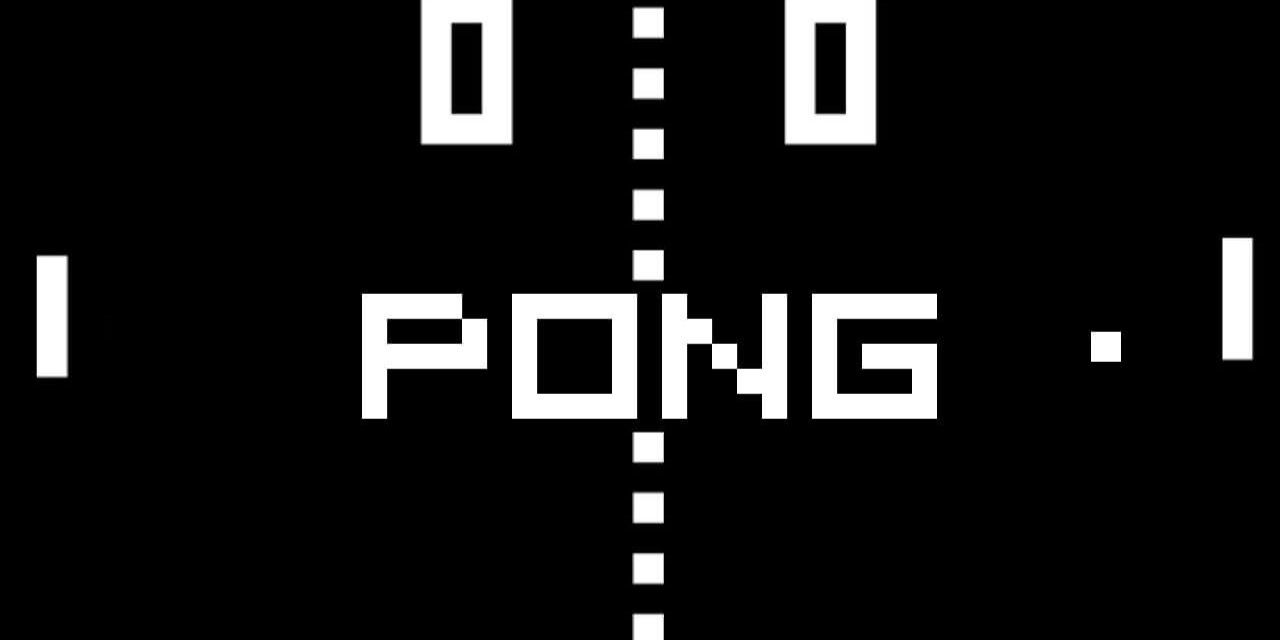 Pong is arguably the game that started it all. A simulated table tennis game, you could play against a friend or the computer on the arcade cabinet. The game was later made available on Atari's console, maintaining its reign as a classic game. The controls are as simple as the screen graphics, yet Pong manages to capture the player(s) with pure competitiveness.

If you've ever played Pong, you no doubt understand the experience of initially balking at the game, "How could this be fun?" to begging your Player Two for "Just one more go!" 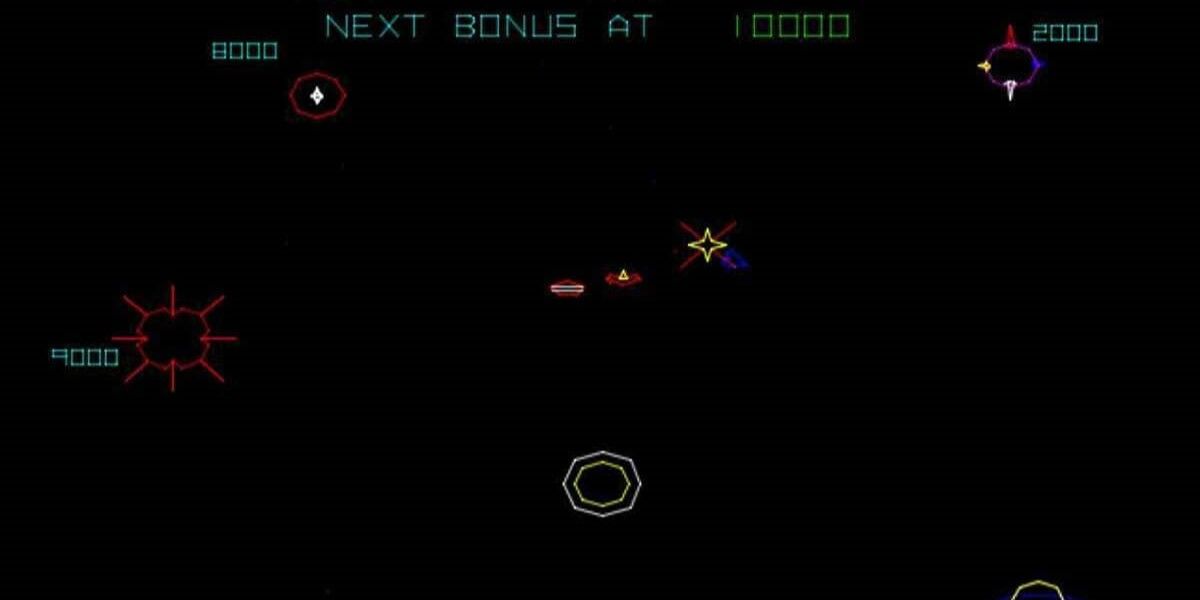 Gravitar was first on an arcade cabinet, then later ported to other avenues for gameplay including PC, and can be played solo or with a friend. In Atari 50, you'll need to unlock the game, as there are a handful of classic games that can only be accessed after meeting certain goals with the other games in the collection.

Gravitar is a shooter game, but can also be considered a sci-fi game since the main goal is to travel in your spaceship throughout solar systems. Within each you'll find a mix of planets, a homebase, and a 'death star'. You have to defend yourself from incoming threats and alien attacks to get to your homebase each time. 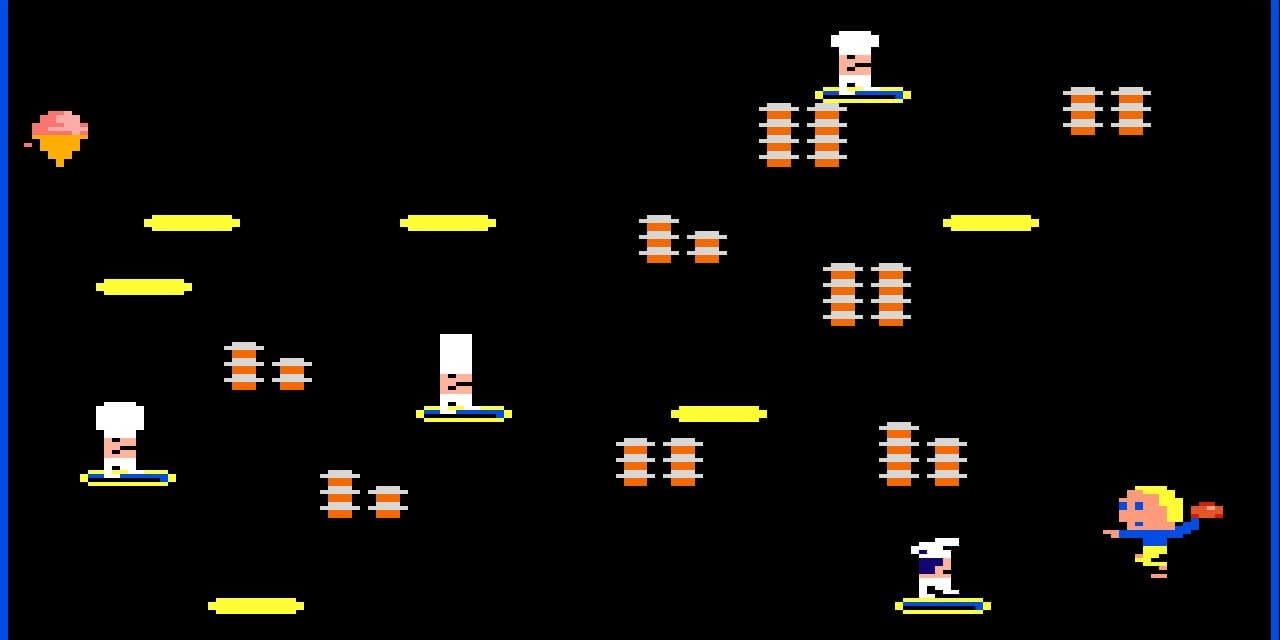 Food Fight was originally on arcade cabinet, but later added to other Atari consoles like the Atari 7800. Visually, the game doesn't offer much color or action, but this only makes you pay closer attention to Charley Chuck, who you're controlling through a path of enemies and chefs desperate to stop you from enjoying your ice cream cone before it melts.

As the name suggests, you're being attacked with food, and your only defense is to throw food back to stun your attackers. You can play alone or alternate turns with a friend as you progress through the levels, living your childhood lunchroom fantasy of an epic food fight with an ice cream treat afterwards. 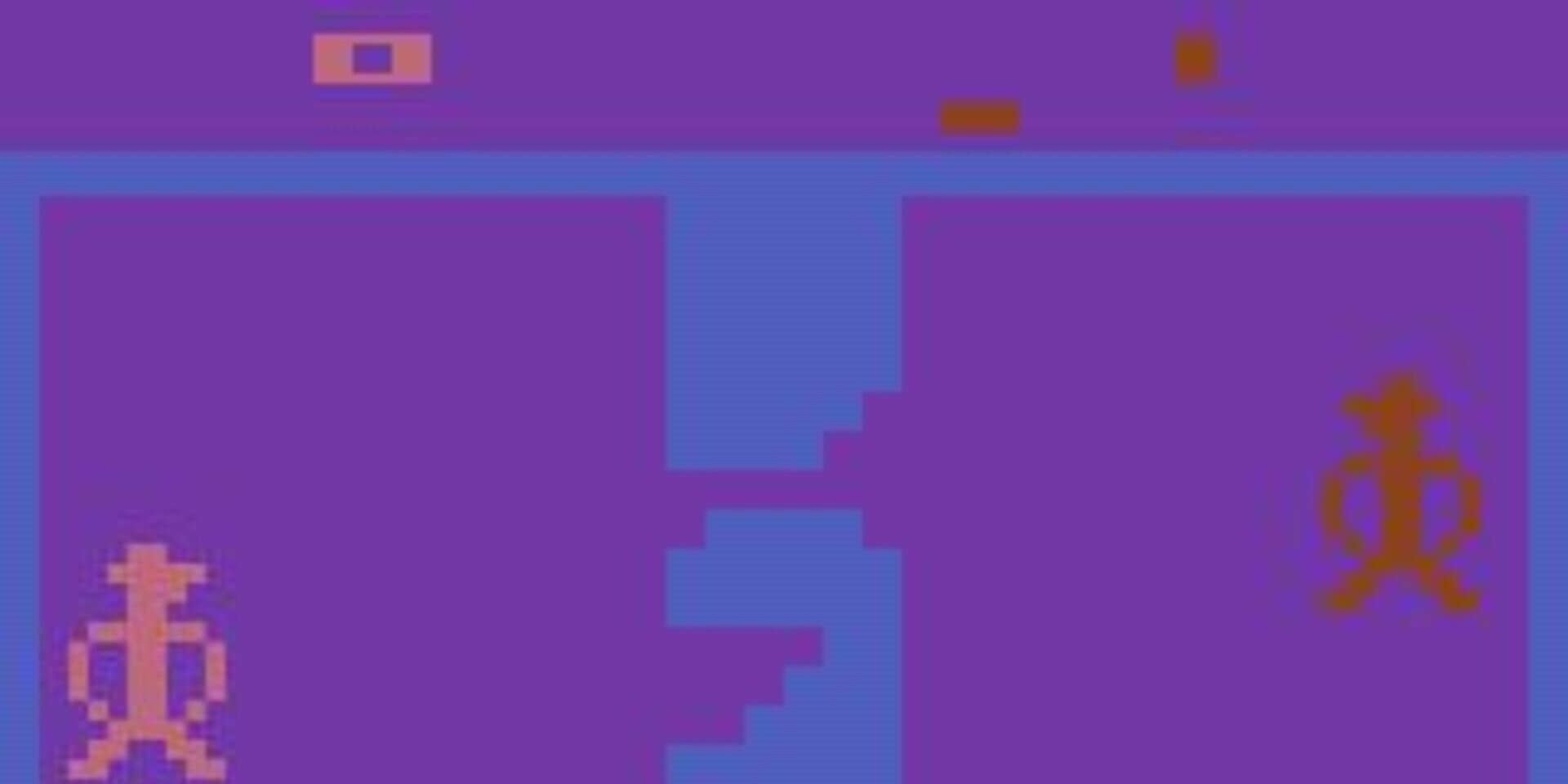 Outlaw is a classic western-style shooter that even had an attached gun that came with the arcade cabinet. Later, the game was made available for at-home play with the Atari 2600 that also had a gun hook-up for gameplay like Nintendo's Duck Hunt. Your main goal is to draw your weapon faster than the Outlaw when he appears on the screen.

You can choose to play as Billy the Kid if you want to be sure you're the quickest draw, or Half-Fast Pete who will be far more accurate and help you unlock different high-score achievements. Either way, the game puts you against the CPU in a battle of deadly speed. 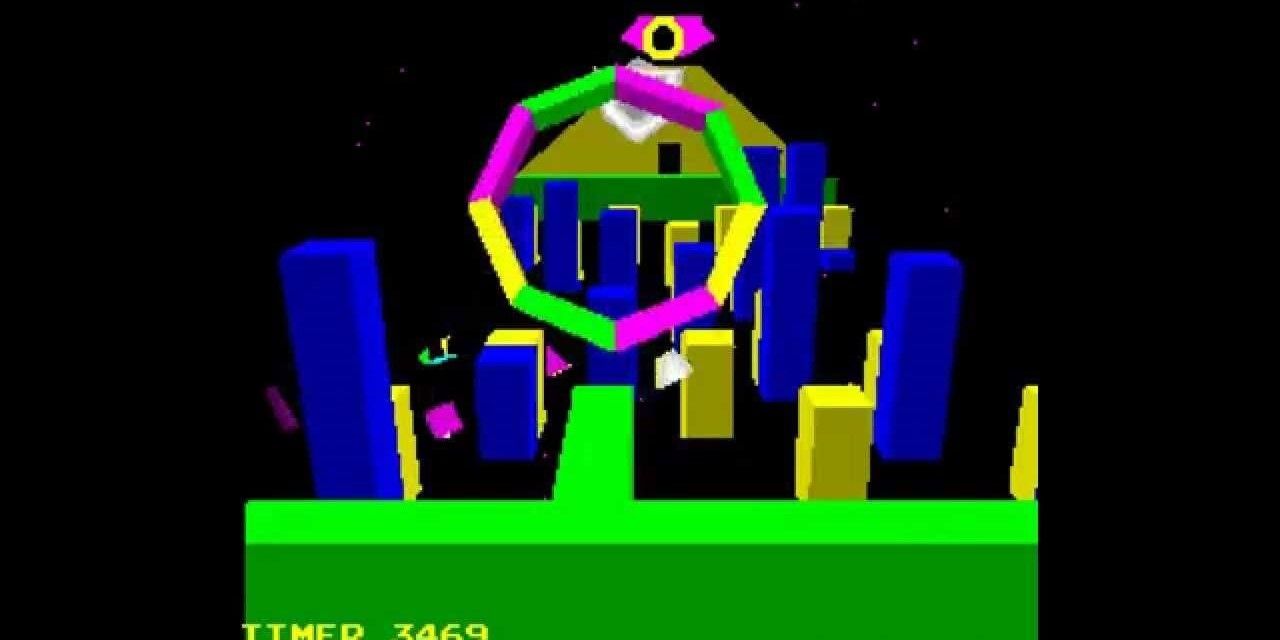 I, Robot was a limited run arcade cabinet that had less than 1,000 cabinets produced. The game wasn't a huge success, and the gameplay can be elaborate and a bit confusing considering its minimal graphics, but it holds its place in gaming history for a reason.

The first commercial game to feature 3D polygon graphics, the story has you play as Robot1984 against Big Brother, avoiding flying objects and moving around red tiles to get you to the next level. Each level was unique visually, but they weren't randomly generated — just individually made. I, Robot also featured a secondary game within it called Doodle City that let you experiment with the polygon blocks yourself. 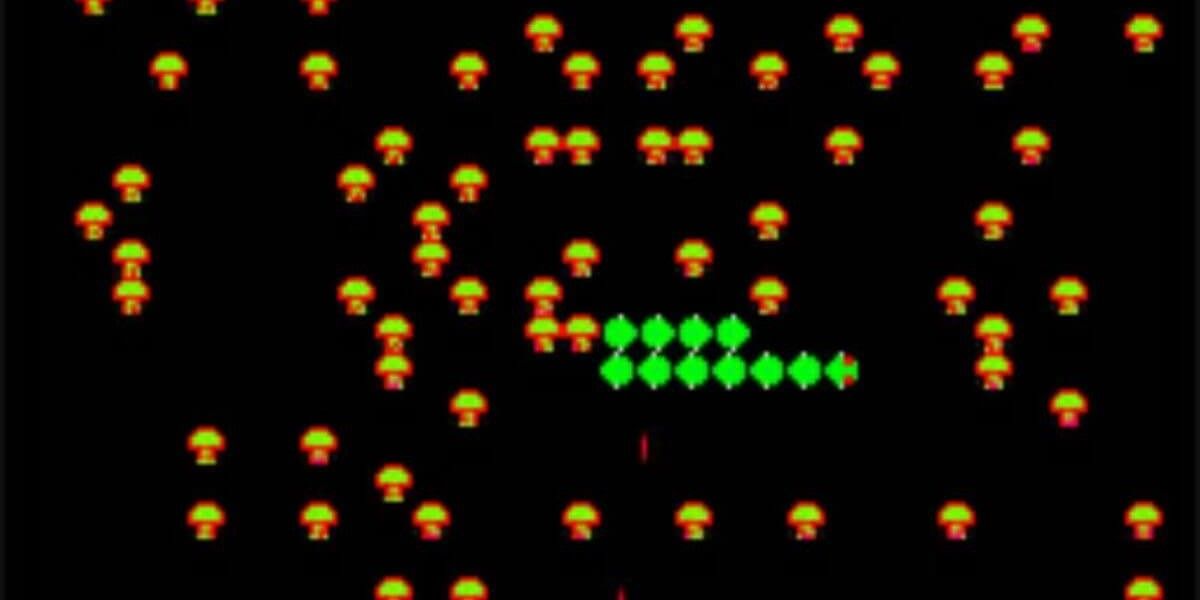 Centipede is another classic that may seem overly simplistic and remind you of your grandparents, but there's a reason it transcended arcade cabinets and was included in many of Atari's consoles like the Atari 2600 and Atari 5200. A basic shooter, your goal is to eliminate enemies and kill as much of the Centipede as possible as you move through the levels. 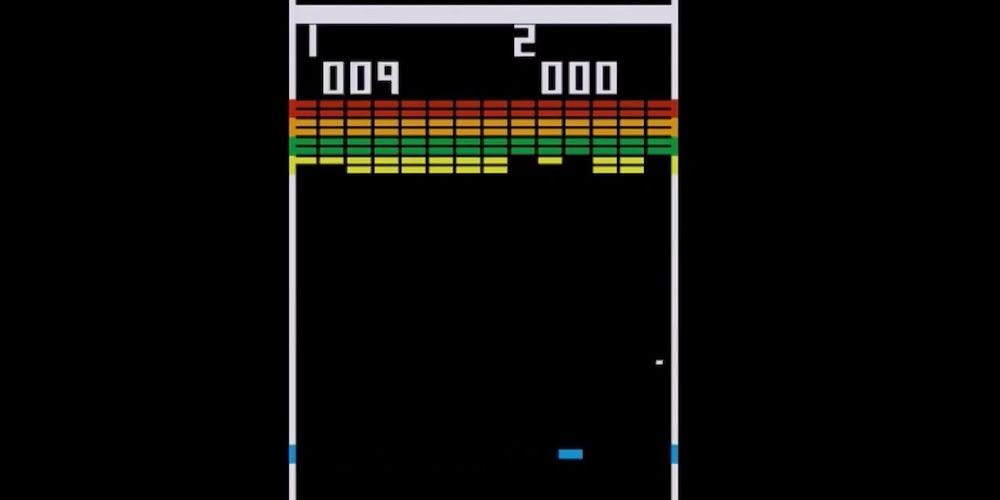 Breakout has remained a classic from its days as an arcade cabinet. Using trajectory and bouncing, you knock out as many blocks as possible to get to the next level. Like Gravitar, Breakout is one of the games that will need to be unlocked to play on Atari 50, but it's well worth the effort.

If you haven't had the joy (and frustration) of playing Breakout, now is your chance to experience another historical game. Aside from playing it, it's a noteworthy Hall of Famer for its connection to a young Steve Jobs who worked at Atari, and a young Steve Wozniak, who was instrumental in the game's development. 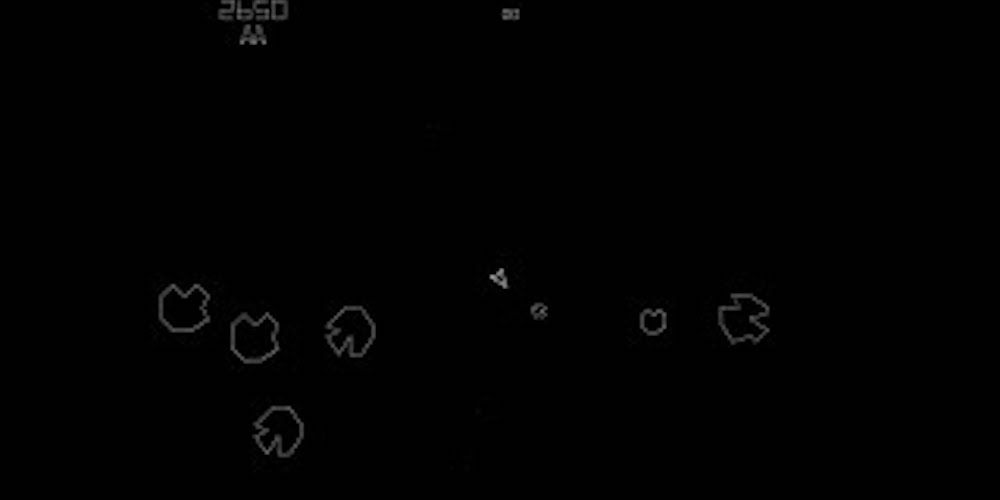 Asteroids may be the most loved and most ported game from Atari's early days. You're left to control a spacecraft in the middle of an asteroid field while you destroy attacking flying saucers. Despite being a shooter game, the best approach to Asteroids is to play strategically.

You can play against the computer or against a friend, but either way, your true enemy is the rocks coming to tear your ship apart at full speed. If you're a beginner, you'll definitely crash and die more often than not, which only feeds your drive to play more and perfect your strategy.